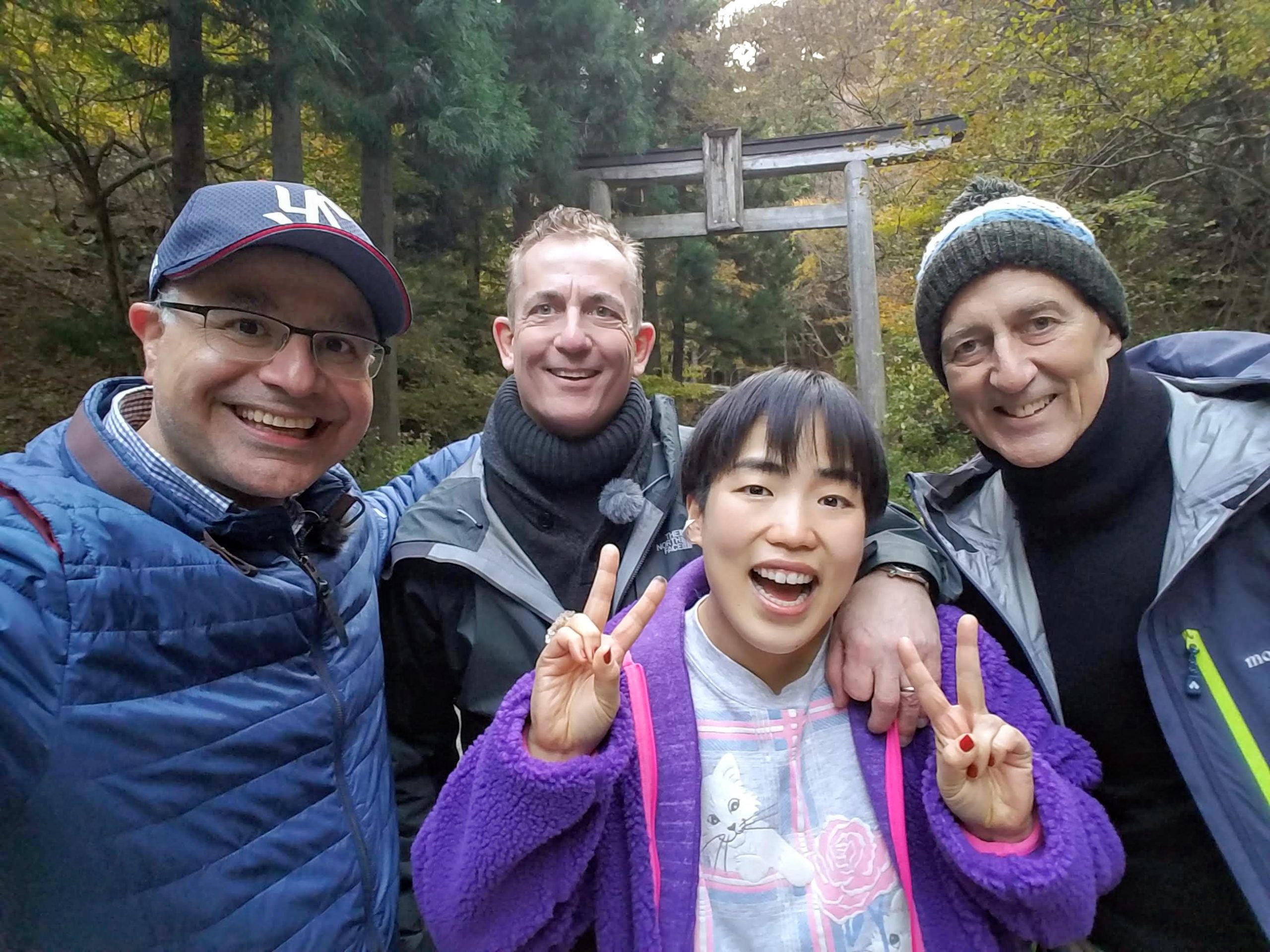 Welcome to ‘This Week in Tokyo’, a review of the Maction Planet week that was and a look ahead to what’s coming up in the city. Hosted by Mac, our Founder and Lead Guide, you can check out photos from our tours and read insights into our explorations as we get under the skin of the World’s Greatest Metropolis, and beyond! This week: Magical Journey TOHOKU; Kawasu blooming in Ueno; The Birthplace of Baseball in Japan; Tama’s Chocolate Orange and Happy Gyoza Birthday.

Featured image – Magical Journey TOHOKU: In commemoration of the 10th anniversary of the Great East Japan Earthquake, I recently filmed with NHK WORLD-JAPAN along the Michinoku Coastal Trail with fellow explorers Jeff, Rich and comedian Yuriyan Retriever, who international viewers will know from her legendary appearance on American Idol!

The Michinoku Coastal Trail is Japan’s newest 1000+km hiking trail in the northeastern Tohoku region. We visited some amazing spots along the trail including small villages, hidden shrines, the outstanding beauty of Jodogahama Beach and the ‘Miracle Pine’, which withstood destruction during the tsunami and is an inspiring symbol of hope.

Tohoku is safe and spectacular. Amazing people, food and cultural treasures. A must-visit. When tourism returns, I will be doing my best to help Maction Planet tour guests experience this oft-overlooked part of Japan.

Kawasu blooming in Ueno: We have several species of early-blooming sakura in Japan, getting everyone in the mood for the explosion of Somei Yoshino due in a couple of weeks. This Kawazu Sakura tree, which is in Ueno Park, one the Top 100 Cherry Blossom viewing spots in the country, has been featured before in ‘This Week in Tokyo’.

The Birthplace of Baseball in Japan: In 1872, at the First Middle School of the First University District (which became Tokyo University in 1877), Horace Wilson, an American teacher, taught his students how to play baseball. This is acknowledged as the beginning of baseball in Japan.

Horace Wilson (1843-1927) was born in Gorham, Maine, in the U.S. After volunteering in the Civil War, he signed a teaching contract with the Japanese Government in San Francisco in 1871. He taught English and Mathematics.

In 1873, the First Middle School was renamed Kaisei Gakko and a playing ground was built, and baseball was played there. In 1876, they played a game with a foreign team comprised of Americans living in Tokyo and Yokohama. Wilson’s contract officially expired in July 1877.

In 2003, Horace Wilson was inducted into the Japanese Baseball Hall of Fame for introducing the game to Japan. In 2006, I began supporting the Tokyo Yakult Swallows, a decision that destined me to 14 years and counting of general misery interrupted by brief episodes of joy.

Regardless, thank you Mr. Wilson for your epic contribution to Japanese baseball. We continue…

Tama’s Chocolate Orange: Sometimes you have a beer you just can’t stop thinking about… Congratulations to Sakamichi Brewing on making Tama’s Chocolate Orange – one of the all-time great porters of Japanese beer brewing. Kanpai! If you are in Tokyo, get yourselves to their Tachikawa taproom before it runs out!

You too can learn how to make these very gyoza on 21 March (JST)! More info here. Email info@mactionplanet.com to sign up!