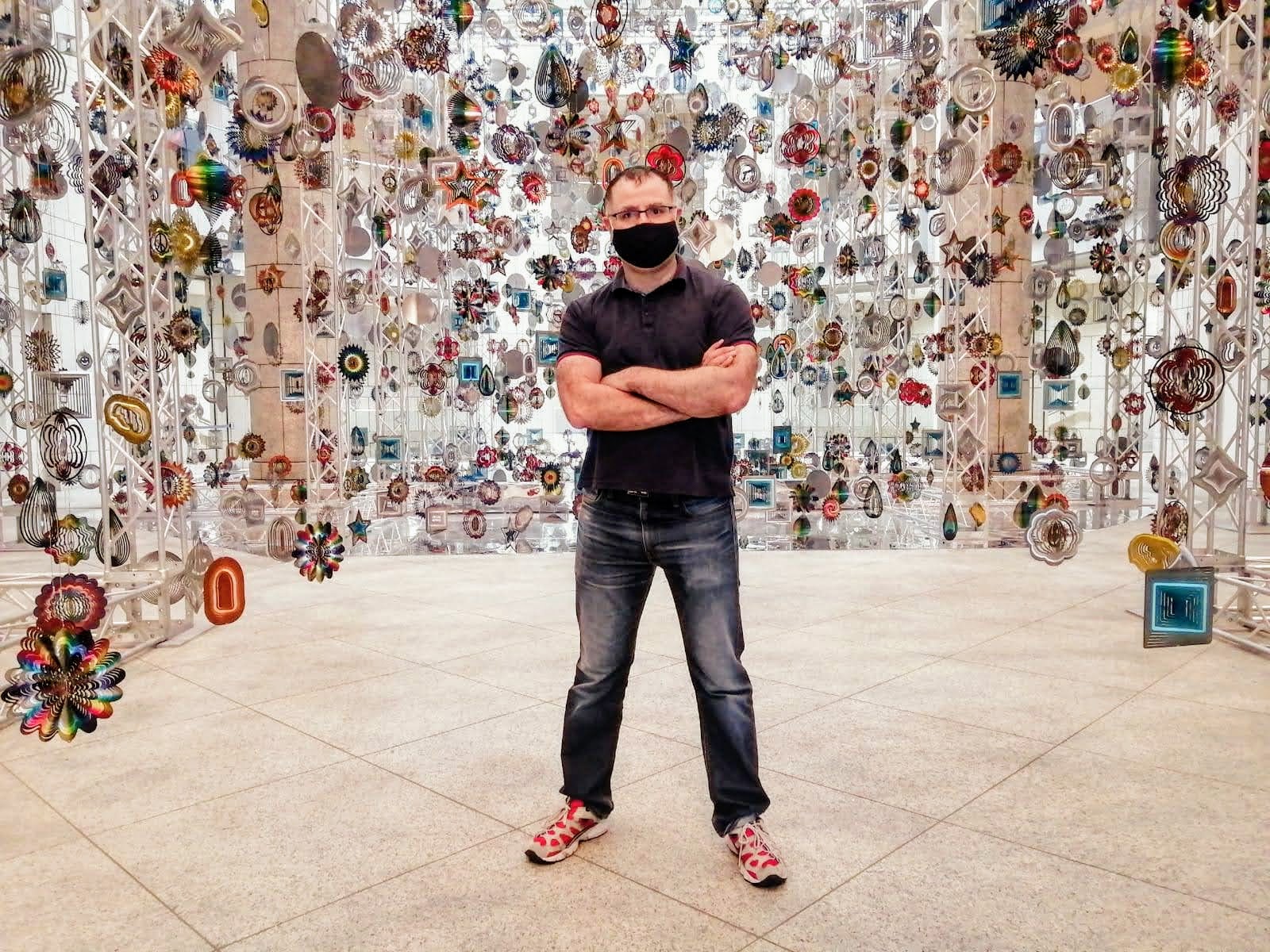 Welcome to another edition of ‘This Week in Tokyo’! ‘This Week in Tokyo’ is a review of the Maction Planet week that was and a look ahead to what’s coming up in the city. Check out photos from our adventures and read insights into our explorations as we get under the skin of the World’s Greatest Metropolis, and beyond. This week’s edition encompasses some Yokohama adventures and is hosted by Mac, our Founder and Lead Guide. This week: Kinetic Spinner Forest, Yokohama style; Outside I’m Dancing; Rairaiken Reborn; Katsu Curry Success and Sukiyaki Udon is Go!

Featured image – Kinetic Spinner Forest, Yokohama style: This was what greeted you as soon as you headed through the entrance of the Yokohama Museum of Art during the Yokohama Triennale 2020, which finished on Sunday. ‘Kinetic Spinner Forest’ by Nick Cave (2016, recreated 2020). Cave first became known for his Soundsuits, a series of wearable sculptures that he first created in response to the Rodney King beating in 1991. He continues to touch on the issues of race, gender, and class in his work. For this Triennale, Cave created a new version of Kinetic Spinner Forest, a large-scale installation which was exhibited as part of his solo exhibition Until. The piece was just the beginning of a tour-de-force through contemporary art. Titled Afterglow, the Triennale was directed by RaqsMedia Collective and featured 67 artists and groups. 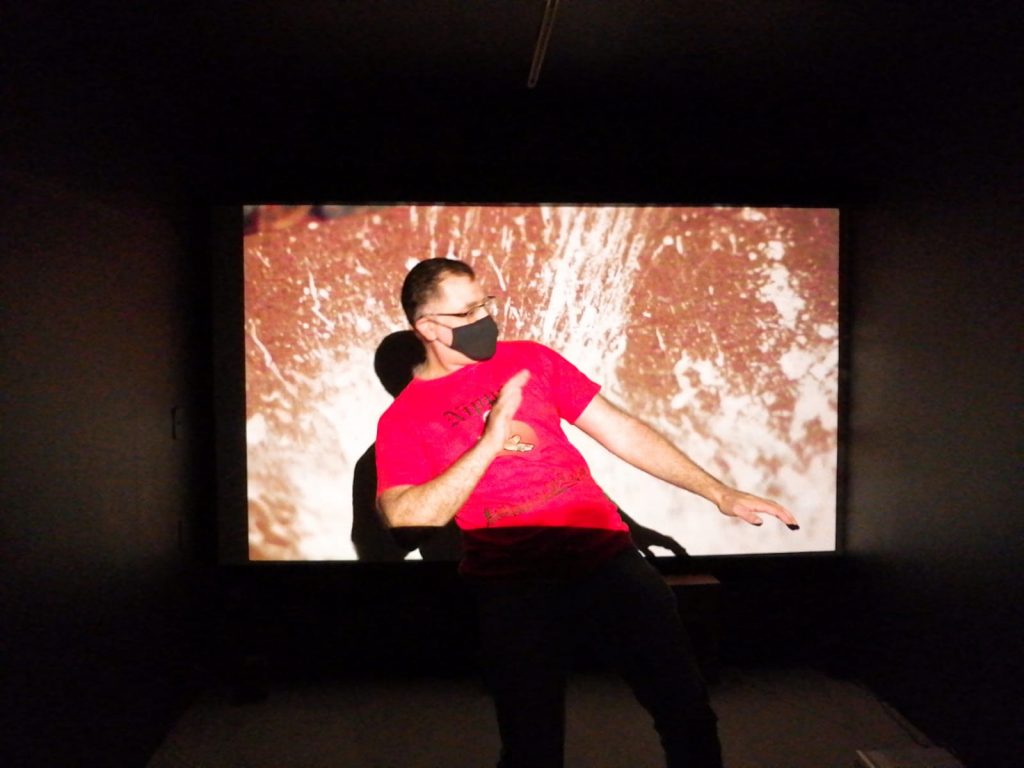 Outside I’m Dancing: As part of the extended Yokohama Triennale, the Koganaecho Bazaar 2020 took place from 11 September – 11 October. One of the video pieces was a psychedelic, stylised journey through life titled ‘Tomorrow is Yesterday’ by Mitsuo Okada. Inspired by the art I began throwing some rather psychedelic shapes myself. Yayu Wang from Yayaland Studio was there to capture the action. 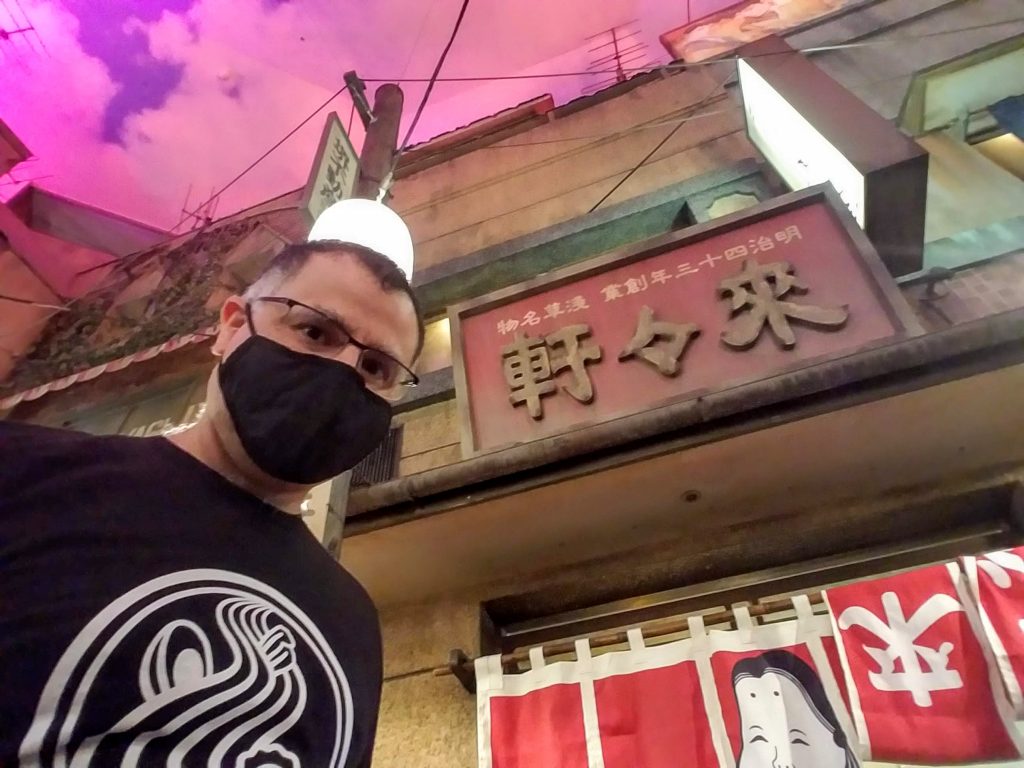 Rairaiken Reborn: Japan’s first ramen shop, Rairaiken, opened in Asakusa in 1910. It survived (with a couple of changes of location) until 1976 when a lack of ownership succession led to it closing down. It’s unique, historic recipes were lost to the ages. Thanks to some groundbreaking research from the Shin-Yokohama Ramen Museum, Rairaiken has been reborn. It opens to the public on 14 October, but I was honoured to be invited to the press day on Friday. Above you can see me outside the shop. Below is the sampling of the ramen. On my left is Brian MacDuckston, Mr. Ramen Adventures and Maction Planet T-shirt collaborator. On his left is Yamamoto-san, one of Japan’s top three ramen otaku. I could not have been in better company to try this historic bowl. The consensus? We were all expecting a novelty item, something important but perhaps ordinary given the century of ramen evolution since Rairaiken’s founding. However, it was legit. A great, delicate, shoyu ramen with delicious toppings. Highly recommended! 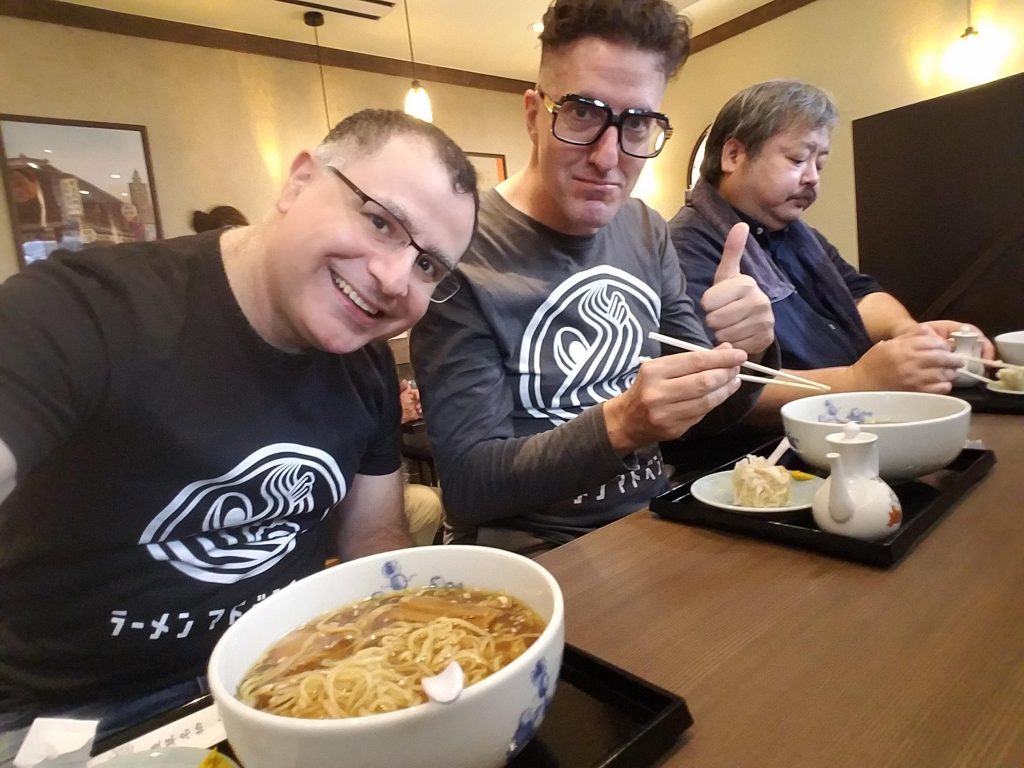 One of the joys of the classes is seeing the results from our guests. This time David, one of our guests, went one better and sent us this incredible 30-second video of the entire class from start to finish, and more! David has joined all of the previous classes from the UK, but this one he joined from the US.

@01000100__01001110 sent us amazing footage of him participating in our Katsu Curry online interactive cooking class. Next class: SUKIYAKI UDON! 15 November JST. Learn to make Udon from scratch in the comfort of your own home. Email info@mactionplanet.com to sign up!

Sukiyaki Udon is Go!: Next up is the Sukiyaki Udon Online Interactive Cooking Class on 15 November JST! Learn to handmake your own udon at home, and combine it with delicious sukiyaki.

Here’s a photo of Nahoko hard at work with me (taking photos and eating the food) to make the final tweaks to our patented exclusive Sukiyaki Udon recipe! 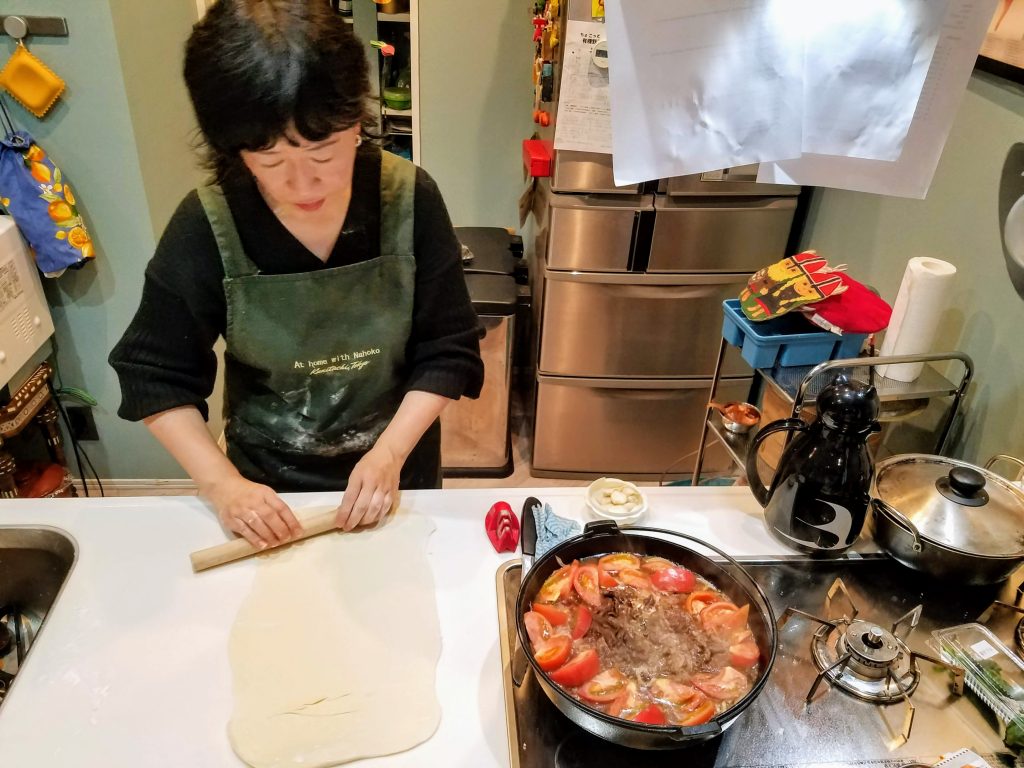 Email info@mactionplanet.com to sign up for any of our online experiences!

Maction Planet runs bespoke Private Tours and Experiences in Tokyo, and beyond. To book yours, to purchase a gift card, or to join one of our online tours and experiences contact us at info@mactionplanet.com