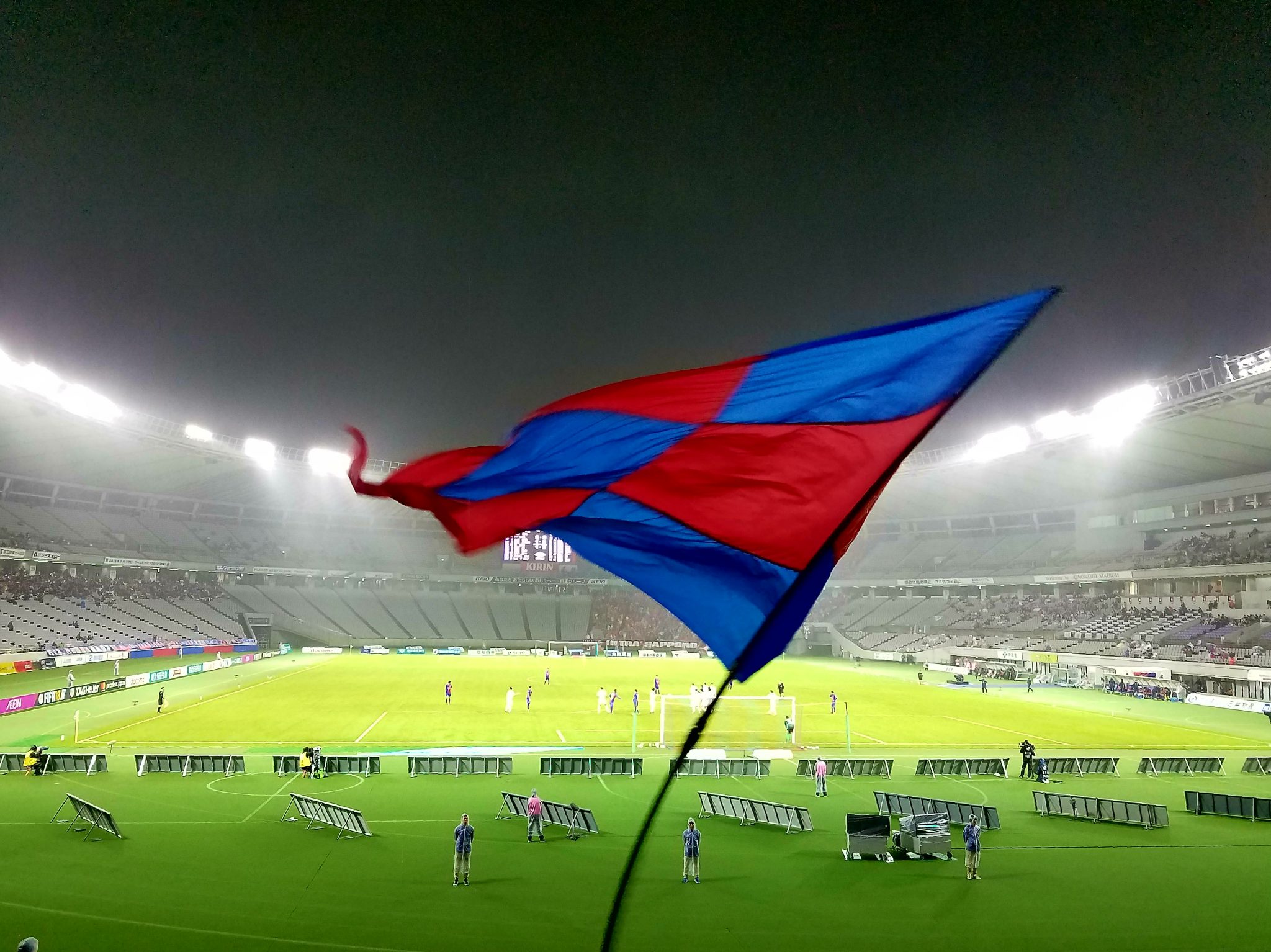 Rain or shine, the loyal FC Tokyo fans come out to support their team. We are proud to say Maction Planet’s adventurous tour guests share that attitude, not letting the weather get in the way of a chance to explore the amazing undervisited sights of The World’s Greatest Metropolis.

We were out with Pete and H from England. This was the second day of exploring Tokyo that they did with us, before they headed off to explore a number of other parts of Japan in a packed itinerary. We started our day at one of Tokyo’s oldest temples, eating an amazing lunch of juwari soba (soba made from 100% buckwheat flour) in a fifth generation restaurant, and seeing some National Treasures of Japan on display for a limited time only.

We then headed to watch FC Tokyo take on Consadole Sapporo on Matchday 29 of the 2017 J.League Season.

As regular readers of our blog will know, FC Tokyo start every game with a hearty singing of “You’ll Never Walk Alone”. This song had special meaning to Pete and H. H is a lifelong Liverpool fan, and the song was played as she walked down the aisle to get married to the love of her life Pete!

Although the infamous song is most commonly associated with Liverpool, many clubs around the world have adopted it. Celtic sing it at Celtic Park before European games, Feyenoord, Club Brugge, Borussia Dortmund… and of course FC Tokyo!

We were sat right in the middle of the fervent home support, and raised our own voices together with them to start the game in style.

Even if you were’t there, you can still enjoy this video we took of the FC Tokyo fans singing “You’ll Never Walk Alone” at Ajinomoto Stadium before the home game against Hokkaido Consadole Sapporo on 21st October 2017!

Maction Planet Tokyo Football Experiences can be incorporated into any of our fully-customised Tokyo itineraries. We have organised tours to all the teams in and around Greater Tokyo. Contact us at info@mactionplanet.com to arrange yours!