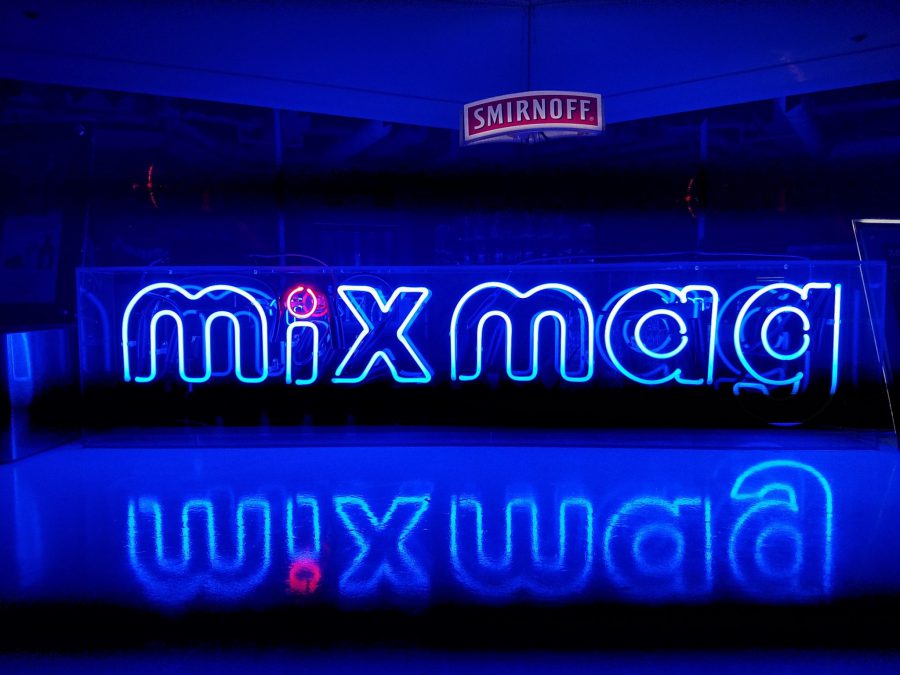 What the Tokyo Locals Do: Mixmag Japan Launch Press After Party

Craft beer, the legacy of the zaibatsu, a cloudy architecture tour from on high, amazing ramen and thumping house music from Mixmag Japan… all in one four hour tour of Tokyo. Mac explains all in the latest edition of “What The Tokyo Locals Do”!

“I love it when a plan comes together” said Xiaomai as we left Sound Museum VISION at the end of our evening together which conclude with the Mixmag Japan Launch Press After Party.

Let’s rewind. The brief that I had been given from Xiaomai, who was in town on business, was that he wanted to learn more about the Japanese economy and stock market from a socio-political, historic and cultural perspective. He wanted some great ramen, and he wanted to experience Tokyo’s incredible night life at a really ‘local’ event, something he would not easily have been able to find out about himself. Oh, and due to work the next day, he had four hours!

For Maction Planet, this was not a problem!

I met Xiaomai at the Andaz Hotel where he was staying. The bars on the 51st and 52nd are normally amazing places to enjoy Tokyo’s world-beating night view, but as I approached Toranomon Hills I could see that it was sadly not going to be one of those nights! 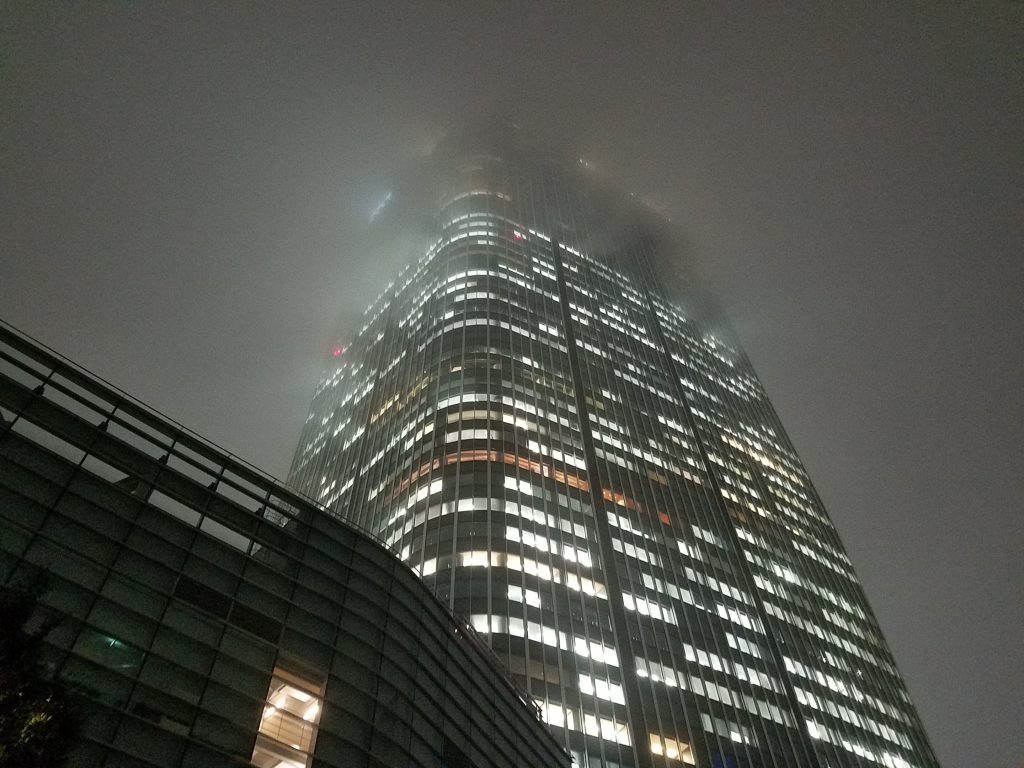 Xiaomai works in the Finance industry. He wanted to understand how the markets worked in Japan. However, to truly grasp the reasons for why the Japanese market is the way it is and why companies here operate the way they do, you need to understand the history and socio-economic fabric of the country. Cross-shareholdings, keiretsu affiliations, the demographics, negative interest rates, the Bubble Era, Japanese banks and their lending practices, homeownership and consumer behaviour… we discussed it all.

The clouds periodically cleared enough for us to discuss some of the amazing architecture and sights visible from the building.

After a couple of Yone Yona Ales in the Andaz (we also discussed the history of craft brewing in Japan), we headed to a local shop for some very unique ramen. Xiaomai is a bit of a ramen buff, and being well-travelled is by his own admission something of a foodie, so I needed to pick something that satisfied his discerning palate. 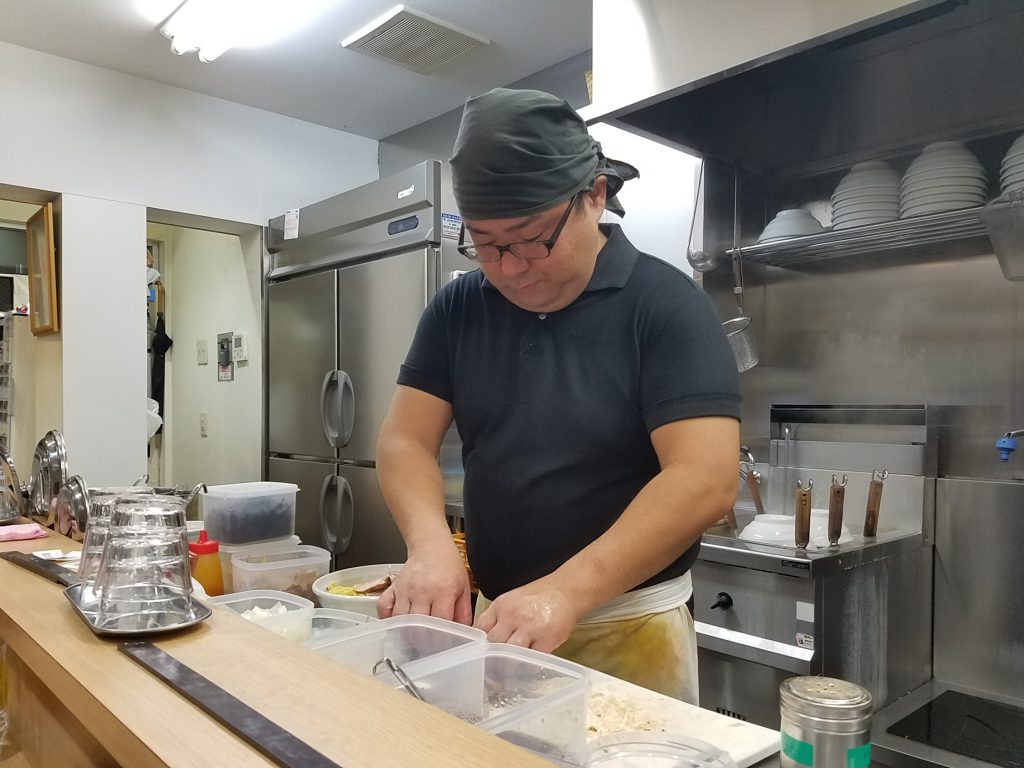 The joint I chose is special for several reasons. The soup here is pork broth with a hint of fish. Not as overpowering as a classic niboshi. Another is that they have an “evening only” dish – a maze soba. I went with the ramen, Xiaomai went with the evening special. Both were excellent. 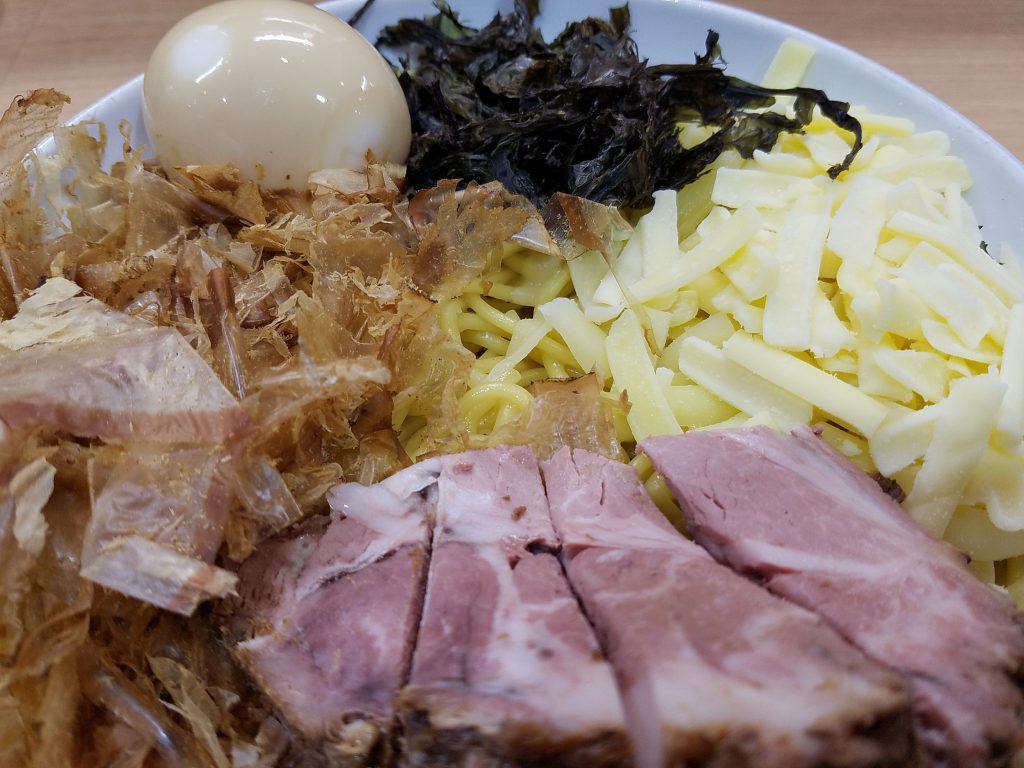 After dinner, we jumped in a taxi and headed to Dogenzaka in Shibuya. Our destination was Sound Museum VISION and the ‘Mixmag Japan Launch Press After Party’, held there on Thursday 7th September 2017.

Mixmag magazine was first published in 1983. Starting from humble beginnings in the UK (the first issue was 16-pages in Black and White), the Mixmag platform now encompasses its own branded music, TV and the obligatory social media across 14 offices in 5 continents.

Japan has its own strong connections to the growth of Electronic Music. In 1971 Shuichi Obata led the team that developed the Technics SL-1200 turntables, the defining icon of the pre-digital age of DJing. Originally intended for the consumer market, it became the DJs best friend thanks to its iconic design, outstanding performance and legendary durability. Fast-forward to 2001 and Pioneer released the CDJ-1000, which became the first CD player to replicate the key DJing functionality of a turntable – namely mixing and scratching.

The evening began with a “talk show” as the night’s DJs sat down and discussed the state of Japanese Electronic Music. 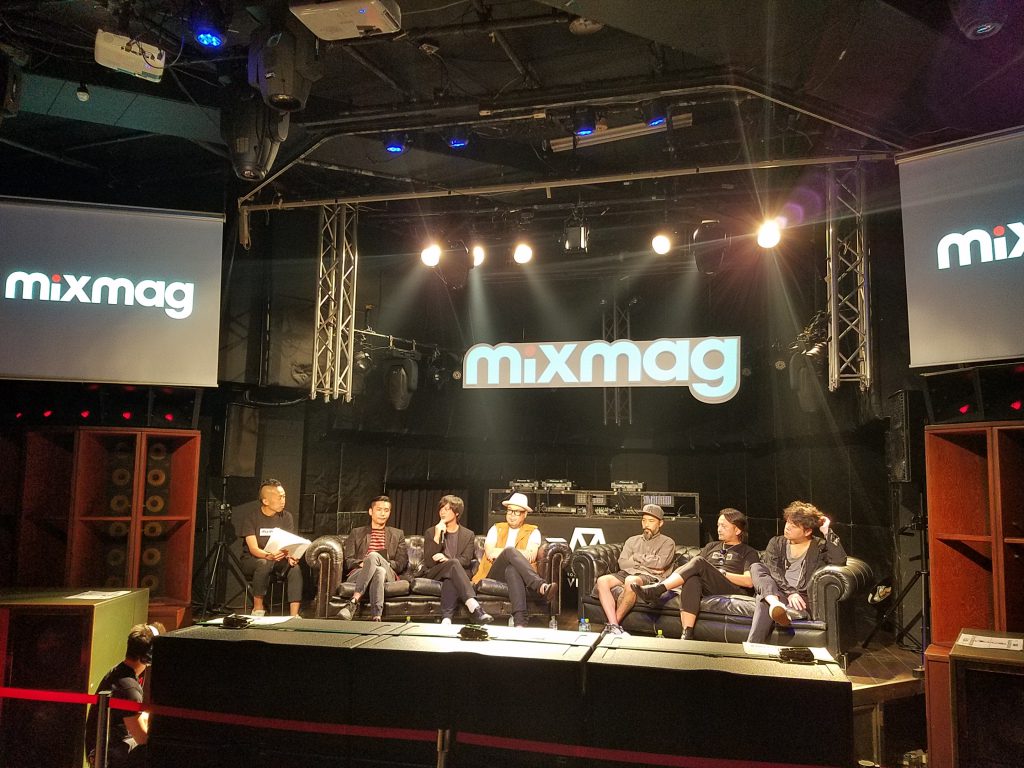 At roughly 9:30pm, the fun began, as Tomoyuki Tanaka, the Fantastic Plastic Machine, took to the stage to blast out 30 minutes of eclectic beats. His set was a little harder than some of the previous times I have seen him.

After he finished his set, I was able to introduce Tanaka-san to Xiaomai. I have met Tanaka-san many times and he is always happy to meet our guests. In the still from the YouTube video below, Tanaksa-san is between me and Maction Planet Radio‘s Resident DJ Royce Leong. FPM has actually endorsed Maction Planet Radio, our music outlet where we bring you the sounds of The World’s Greatest Metropolis. You can check out his ‘shout out’ in this video of Super Skytree Disco at the 13 minute mark. The video is also on our Facebook page.

After FPM, DJ Emma hit the decks. We stayed for the first part of his set before wandering to check out what was going on in the White Lounge. 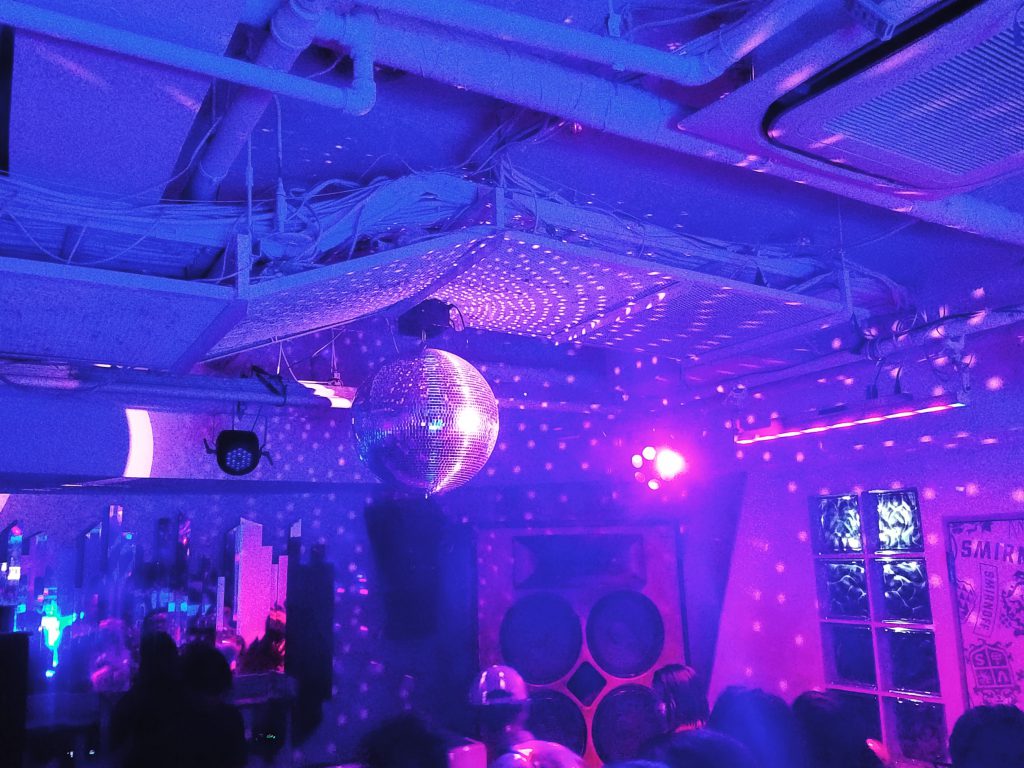 An early start the next morning beckoned Xiaomai so after four hours together I dropped him back at his hotel. As we left the club, we were given a free copy of the first issue of Mixmag Japan Magazine, and a free Mixmag sticker. Thank you Mixmag Japan!

I am incredibly honoured that despite needing to sleep, Xiaomai took the time to immediately write a TripAdvisor review of his tour, which you can read here!

Thank you Xiaomai, and to all our guests, for choosing Maction Planet Tokyo Private Tours!

Guests, listeners to Maction Planet Radio and readers of our blog know that one of our many goals is to open up Tokyo’s diverse music scene to visitors. This can go hand-in-hand with enjoying many other aspects of the city’s culture. As Xiaomai experienced, we do not believe in ‘compartmentalisation of tourism’ at Maction Planet. An evening learning about the socio-economic fabric of Tokyo can also be a food tour and a nightlife tour! Whatever your interests, drop us a line at info@mactionplanet.com and let us help you have a truly unique time in The World’s Greatest Metropolis.