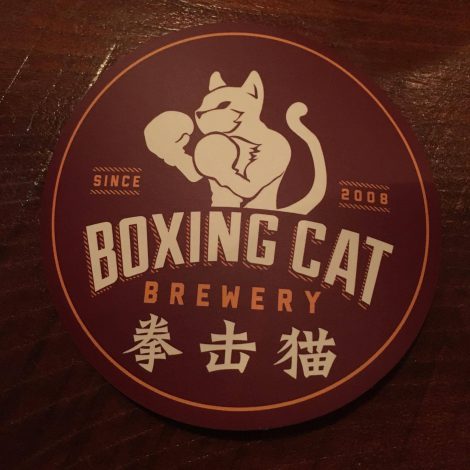 What the Tokyo Locals Do: Boxing Cat Brewery in Yokohama

Mac was given another excuse to jump on the train to Yokohama last night when Shanghai’s Boxing Cat Brewery were hosted at Baird Beer’s Bashamichi Taproom. Despite thoroughly enjoying himself, celebrating Maction Planet reaching fifty 5-star reviews on TripAdvisor, he has still managed to produce this report the next morning on a great night catching up with his friends at Baird Beer and enjoying some excellent brews!

Yesterday, I met Antonella for our third day of touring together over the last week. After meeting at the Hachiko dog statue, we headed to Kamakura and Ofuna for a wonderful day together exploring the backstreets and unique heritage of one of Japan’s former capitals. After dropping her back in Shibuya at the end of our time together, I jumped back on the train again and headed to Bashamichi in Yokohama to Baird Beer’s Bashamichi Taproom for a Tap Takeover and Meet the Brewer night featuring Boxing Cat Brewery. 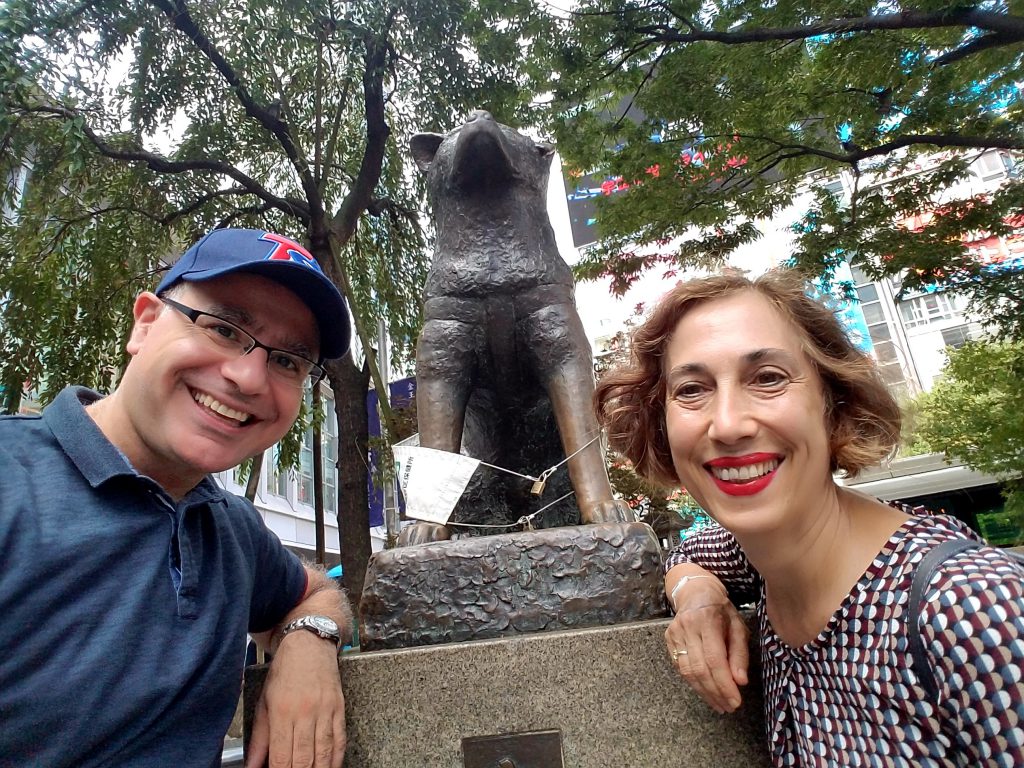 Mac and guest Anotonella from Milan, Italy, in front of the most famous dog statue in the world!

Yokohama is less than 30 minutes by train from Shibuya. It is often overlooked as a day-trip destination by visitors to Tokyo, overshadowed by places like Nikko and Mount Fuji. We are on a one-company mission to change that! In 2017 we have taken guests there to enjoy the Pikachu Outbreak and Pikachu Carnival Parade, the Ramen Girls Fes and some of Yokohama’s quirkier museums, and to enjoy the amazing food found in the Backstreets of Japan’s second city.

Long-time fans of Maction Planet will recall that Baird Beer were our Craft Beer Partners for the Maction Planet x Shochu Pro Hanami (Cherry Blossom viewing party). Founded in 2000 by Bryan and Sayuri Baird, the brewery has been one of the pioneers of craft beer culture in Japan. Their taprooms are an essential stop-off on our Tokyo Craft Beer Tours. The Baird philosophy of unflinching focus on quality and customer experience is something shared 100% by Maction Planet. The company has been a huge inspiration to me personally, and it was an honour to be one of the first companies to ever collaborate with them on a Private Event.

Boxing Cat was opened in 2008 in Shanghai and is now the city’s longest surviving brewery. In 2016 they became the first Chinese microbrewery to win a medal at the World Beer Festival. In March this year, AB InBev, the world’s largest brewer, purchased Boxing Cat through its venture capital arm ZX Ventures. I actually visited Boxing Cat’s original taproom in Shanghai in September 2013, spending a wonderful Saturday afternoon sampling all their beers. It is really great to see them here in Japan, albeit temporarily for now. With the AB InBev purchase behind them, I suspect Chinese and Asian drinkers will see their beers popping up more and more across the region.

Boxing Cat had brought four of their eight core brands over from Shanghai:

Part way through the evening, Bryan Baird introduced the “Meet the Brewer” session with Boxing Cat’s Brewmaster Michael Jordan. Bryan described Baird and Boxing Cat as sharing the same desire to brew beers with “moreishness”. Michael elaborated on this, talking about his goal of making beers with complexity and simplicity; truly sessionable beers. 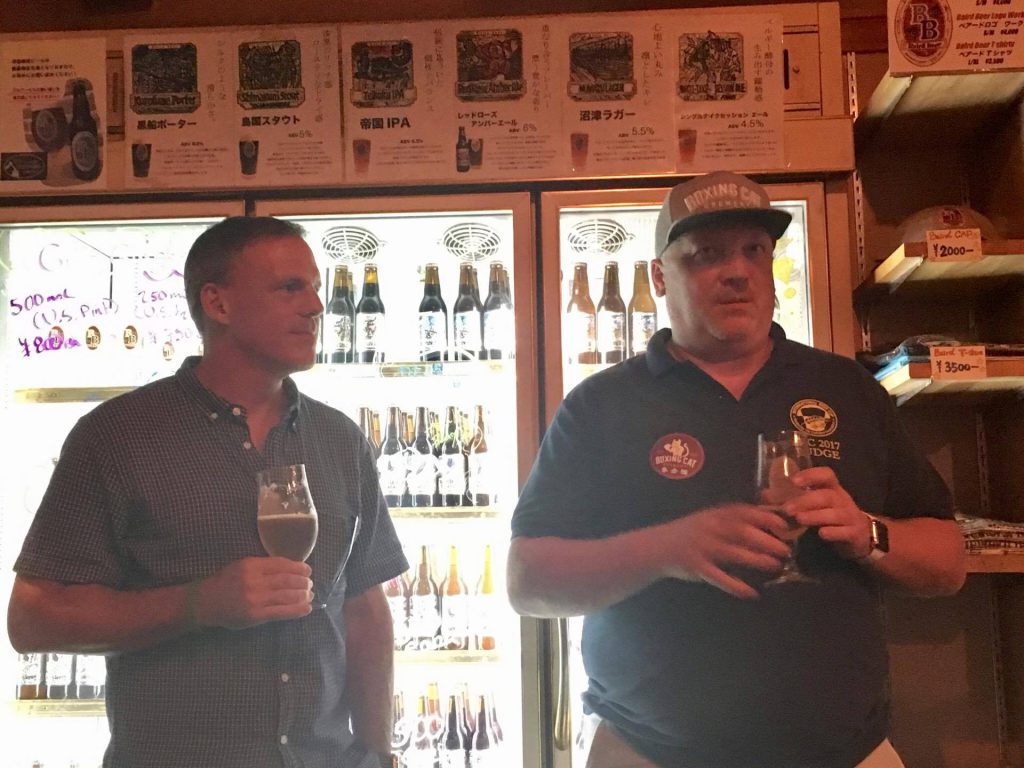 Michael described each of his beers, referring to the TKO IPA as “by China’s standards a very authentic India Pale Ale”, which drew big laughs from the audience. The session was then opened up to Q&A, with questions ranging from the outlook for the Chinese Craft Beer market to where the name Boxing Cat comes from. The late Gary Heyne, one of the founders of the brewery, used to feed his cat beer and found it jabbed at him as if sparring, and so the name was born – “No market research conducted” said Michael!

Having tried all the Boxing Cat brews available I finished off the evening with one of my favourite seasonal Baird Beers, ‘Asian Beauty Biwa Ale’. Biwa is the Japanese name for the fruit of the loquat tree. In making the beer, the whole Biwa fruit was added twice directly into the hop strainer. The fruit balances beautifully with the two hops used – Motueka and Cascade, to produce a 15 IBU beer that I could have had many more of!

The evening was a great chance to catch up with our friends from Baird Beer, and I had lots of fun hanging out with Sam Baranowski, Baird’s Marketing Manager, and John Chesen, Senior Partner and Baird’s Director of Sales and Business Development. John was the key man in our Hanami collaboration with Baird, and actually helped me run our beer station all day. We spent time discussing further projects, including next year’s hanami, as well as some new collaborations which will further enhance Maction Planet’s Tokyo Craft Beer Tours. 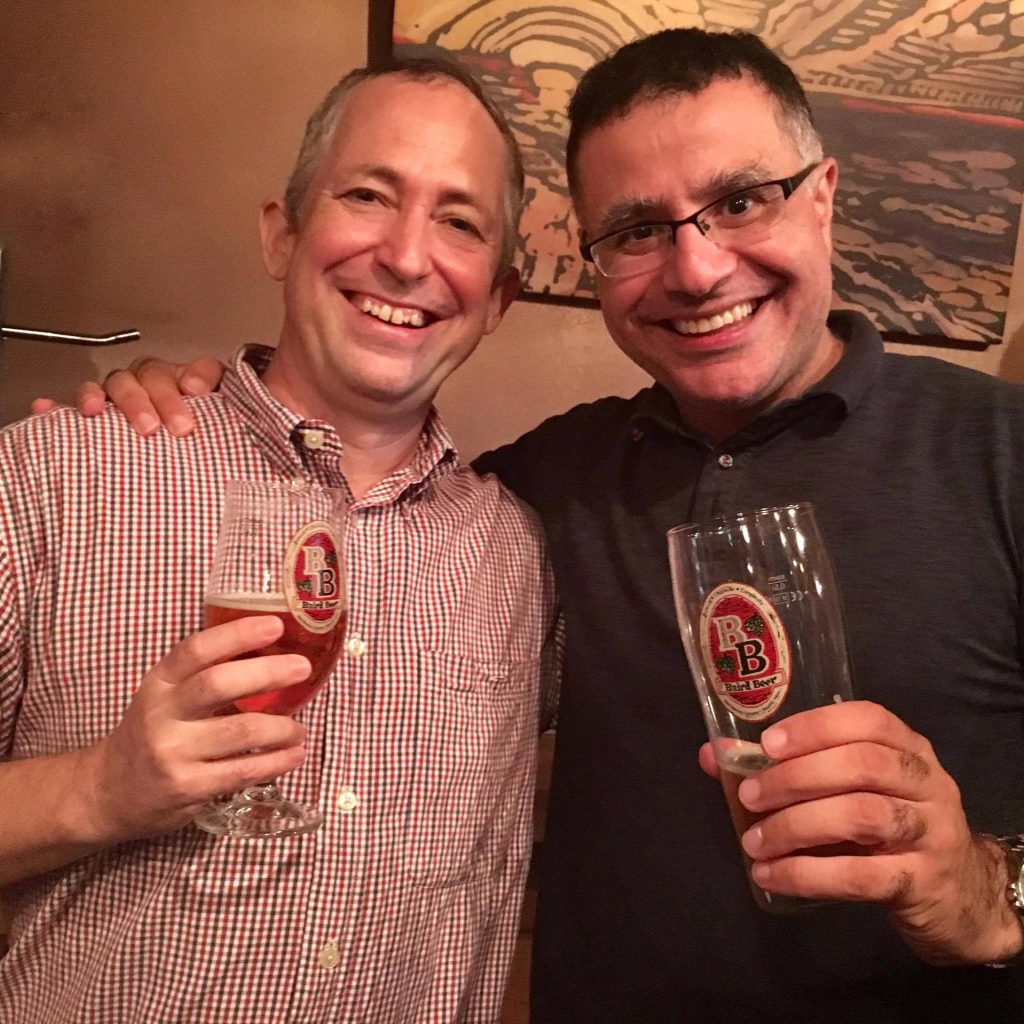 Thank you to Baird Beer, Boxing Cat Brewery and all the staff at the Bashamichi Taproom for a wonderful evening.

Maction Planet runs highly-rated Tokyo Craft Beer Tours,  helping introduce the delights of Japan’s beer scene to visitors to The World’s Greatest Metropolis. Whether your are after a bar crawl, brewery tours, or discussions with brewmasters and bar owners, we can help.