Mikoshi are portable shrines used to transport Shinto deities. During a matsuri (Japanese festival) involving a mikoshi, people carry the mikoshi around the neighborhoods that worship at the shrine. At various points in the parade the mikoshi-carriers wave the shrine from side to side as a show of strength, to entertain the god inside and to bring blessings on those around.

The Warner Brothers stand at Tokyo Comic Con 2018 fused some Japanese tradition with modern pop culture with the entrance to the stand marked by a torii, more commonly seen as the entrance to a shinto shrine. 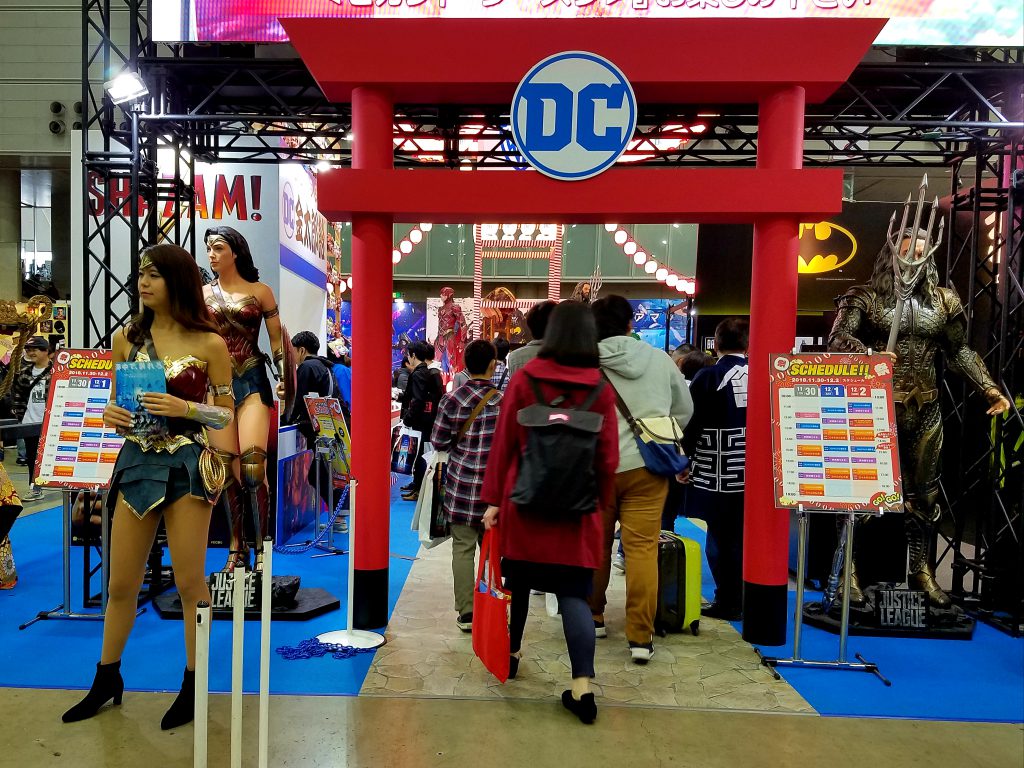 They also had a mikoshi decorated with figures (effigies?) of DC Comic characters such as Batman, The Flash and more. Some people describe Marvel and DC Comics as modern mythology, so it almost seems fitting!

In true matsuri fashion, the DC Comics mikoshi was paraded around the show floor on the afternoon of Saturday 1 December 2018 and Maction Planet was there to join in the fun and capture the action!

If you want to compare this to more traditional mikoshi carrying, then check out this footage from the Maction Planet YouTube channel of the 45th Kichijoji Aki Matsuri from September 2017.


If you enjoyed our videos, please subscribe to the Maction Planet YouTube channel for more from the World’s Greatest Metropolis, and beyond!

For exclusive Tokyo-inspired T-shirts featuring exclusive designs from superstar artists Livio Ramondelli and ‘Kaiju King’ Matt Frank, check out the online Maction Planet Apparel store at shop.mactionplanet.com
Maction Planet runs bespoke Private Tours and Experiences in Tokyo and beyond, including Tokyo Otaku Tours. To book yours, contact us at info@mactionplanet.com