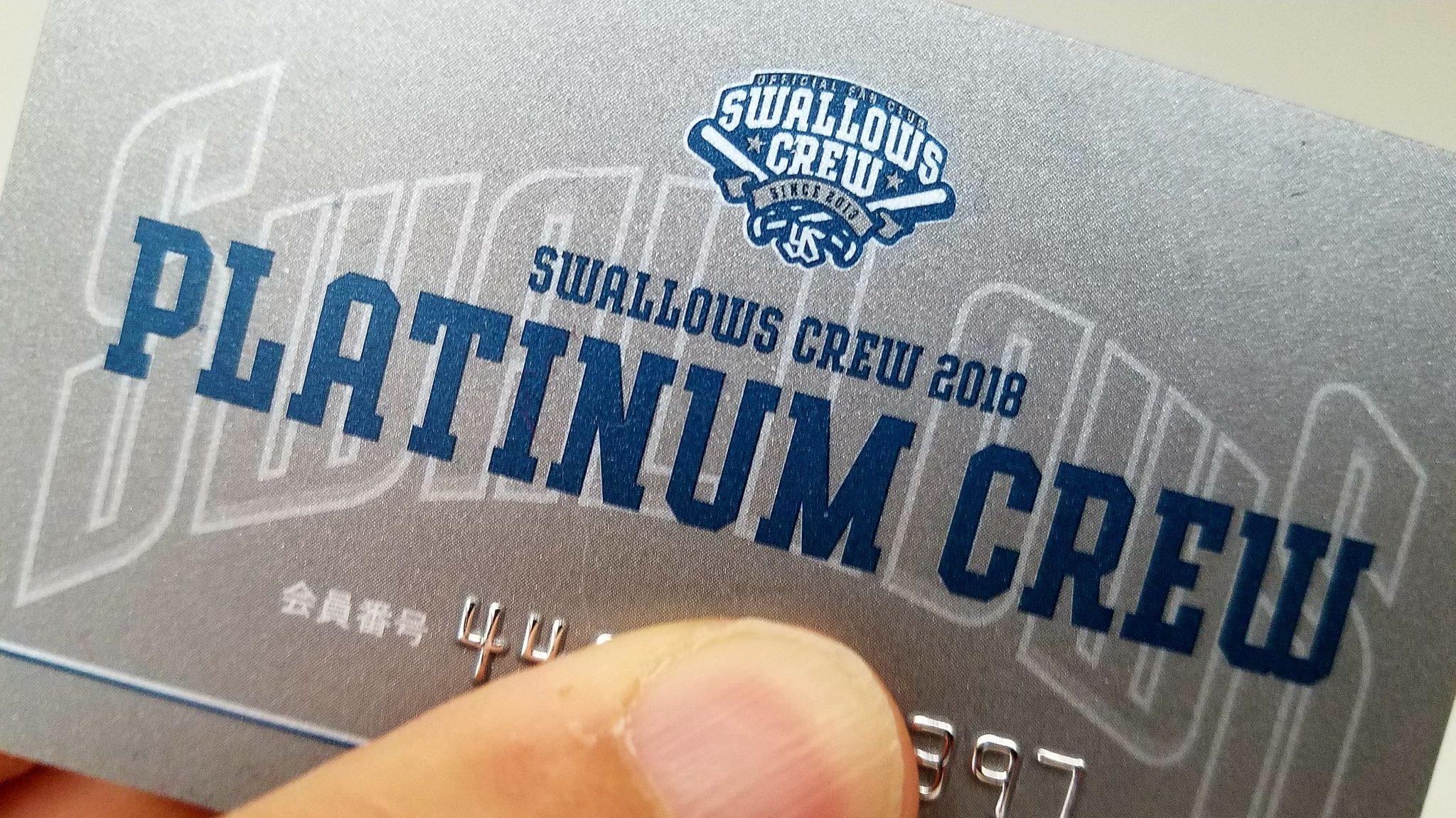 Gearing up to the Japanese Baseball season proper starting on 30 March, Mac, Founder and Lead Guide of Maction Planet, answers one of Tokyo’s most burning questions… Ever wondered what was in the box that Swallows Crew Platinum Tier Members received in 2018? Regardless, the answer can now be revealed!

Last year on 20 February we launched www.mactionplanet.com, beginning our presence on the web and across social media, including YouTube.

It was during this period that I starting finding out more about the phenomenon of ‘unboxing videos’, all while the Swallows Crew Platinum Tier 2017 membership goods box was sitting around the Maction Planet office. It had been delivered at the turn of the year, but the work leading up to website launch had meant it lay there, unopened.

The Swallows Crew is the current incarnation of the fan club of the Tokyo Yakult Swallows. Born in 2013, the Swallows Crew has various tiers of membership, the highest being the Platinum Tier. As I am a sucker for anything the team does – win, lose or draw – I have been a Platinum member since inception.

Back to the task at hand. We wracked our brains for a suitable topic for an unboxing video – Disney and smartphones seemed overdone – finally realising that the answer was staring us in the face! That’s right – TOKYO YAKULT SWALLOWS MERCHANDISE! It seemed to fit all the criteria for success – a well-known international brand name, an underserviced market, zero competition, highly profitable. Surely with a mascot as cute and cuddly as Tsubakuro there would be no stopping us in our inexorable march to top the YouTube rankings.

We were hoping for 110,000,000 views during the next 12 months, and came close with 217. Alas, the $0.58 in advertising revenue which we had made from this video in the first month was then viciously stolen from us by YouTube when on April 6 2017 they announced that they would no longer allows creators to make money until they reached 10,000 channel views.

Maction Planet would not be in the position it is today if we let adversity stop us… so we are back! By popular demand, we unbox the 2018 Swallows Crew Platinum Tier membership goods. We have learnt some lessons in the last 12 months  – this new video comes with higher production values and a more realistic target of 1,000,000 views.

Sit back, relax and enjoy. Let’s hope that this season is much more successful for the Swallows than the last one!

The 2018 Japan Baseball Season begins on 30 March. On 3 April, we are hosting a special group tour to the opening game at Meiji Jingu stadium. Tickets are extremely limited and close to selling out. Contact us ASAP to join.