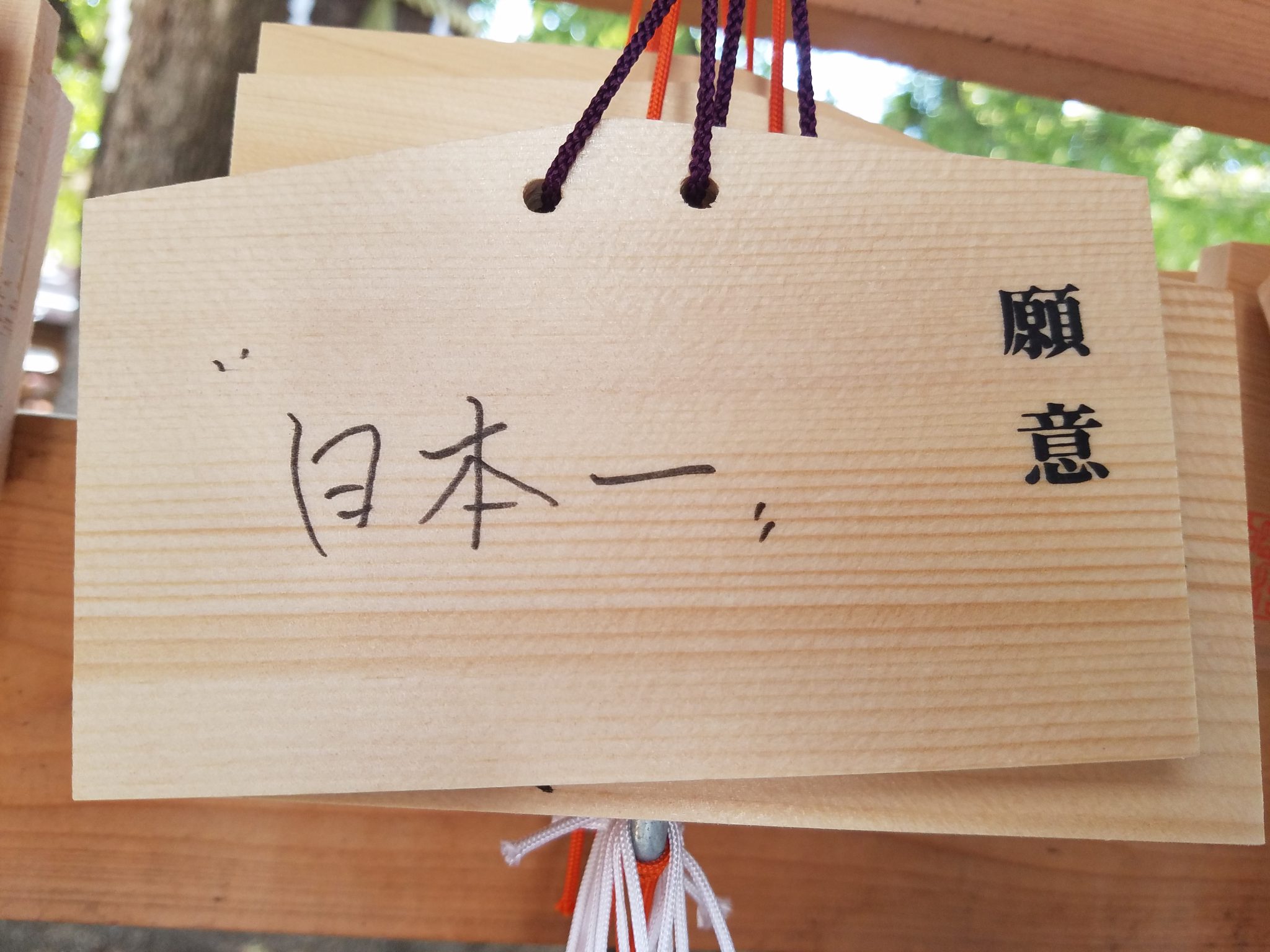 Believe it to achieve it: Tokyo Yakult Swallows 2018 Votive Tablets

Mac here. With the season just around the corner, the Tokyo Yakult Swallows Baseball Team recently dropped into the Meiji Jingu Shrine to wish for success in the 2018 season. A few days later I was there with guests uncovering evidence of their visit!

The Meiji Jingu Shrine gets thousands of visitors every day and many people choose to write a votive tablet, an ema, to express their wishes for themselves, family, friends and the world… and their baseball teams. We have written extensively about the history and culture of ema on the Maction Planet blog – you can check that out here.

Baseball is a common theme for ema writers, especially in Kansai amongst fans of the Hanshin Tigers, the most popular team in the region. At Meiji Jingu these ema cost ¥500 and are hung up on boards around one of the two sacred camphor trees in the grounds of the main shrine.

On the 1st of March the Tokyo Yakult Swallows Baseball Team made their annual visit to the Meiji Jingu shrine to wish for a successful season. A few days later, on the 4th of March, I was guiding Matthew Marsh, Founder of First Class Vending, and family. We had just grabbed a coffee from a delightful independent third-wave stand in Sangubashi and were beginning our day proper in Tokyo’s largest and most important Shinto shrine.

I had seen the news reports of the Swallows’ visit. There was a photo of Norichika Aoki, who recently returned to the team after 6 years in the US, pointing to his ema on the Tokyo Yakult Swallows Twitter.

With so many ema added daily I didn’t expect to find it three days later but we did, to great excitement from me that was soon share by my guests… especially as we started finding other ema written by the team! So, without further ado, here they are: 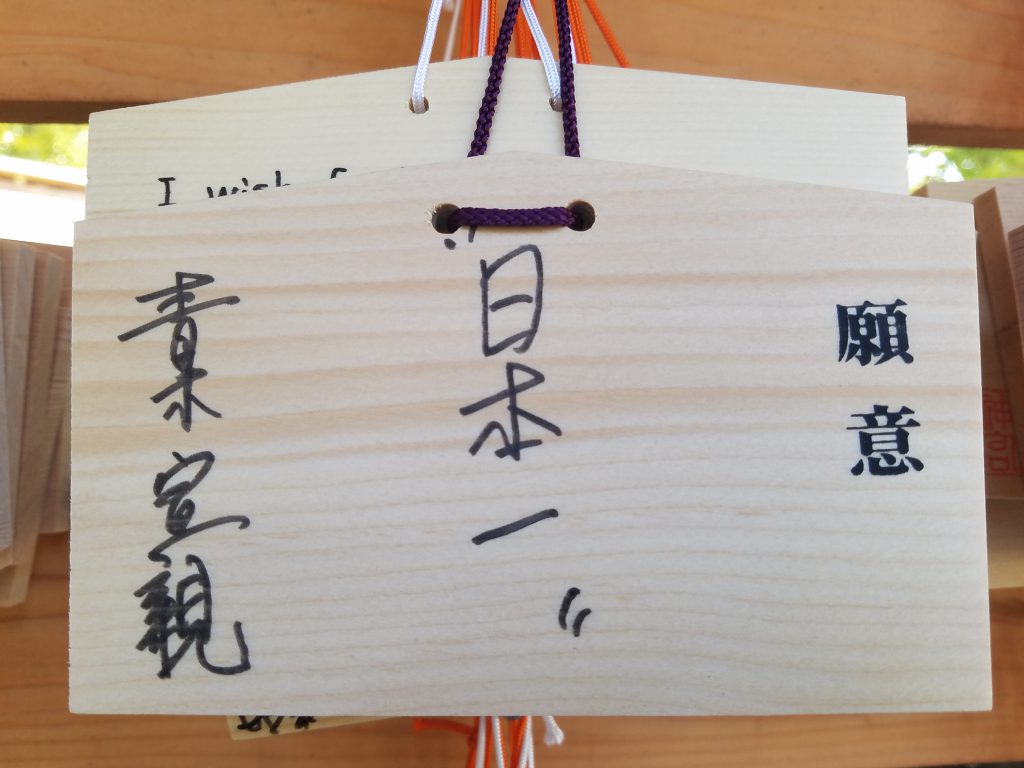 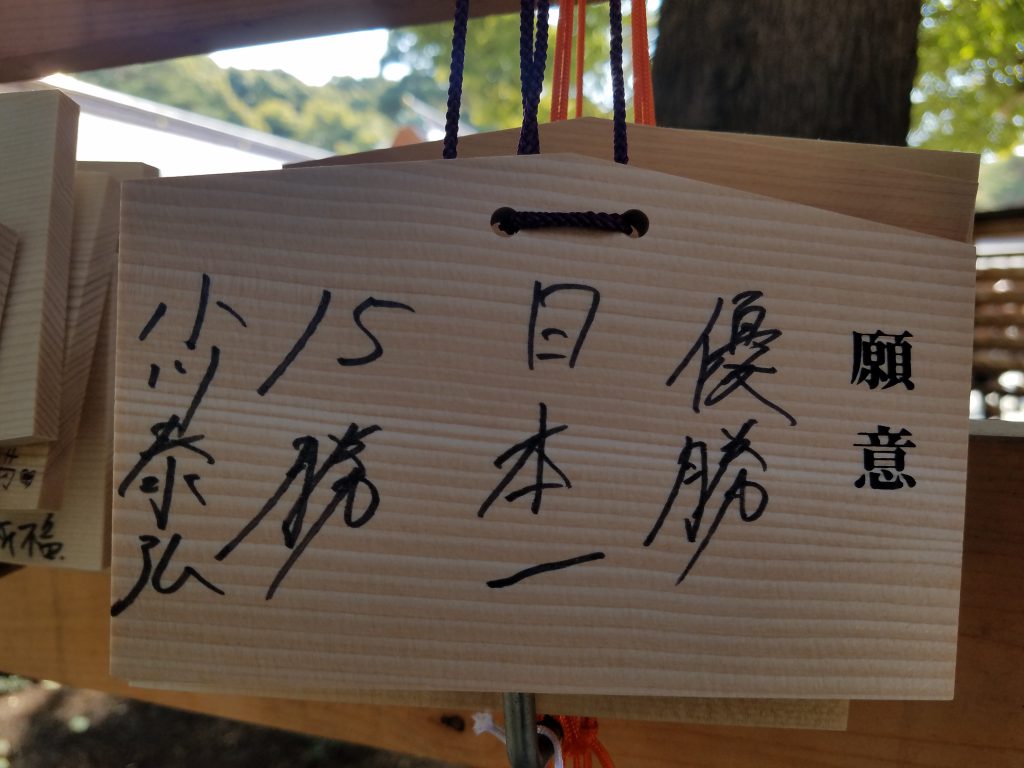 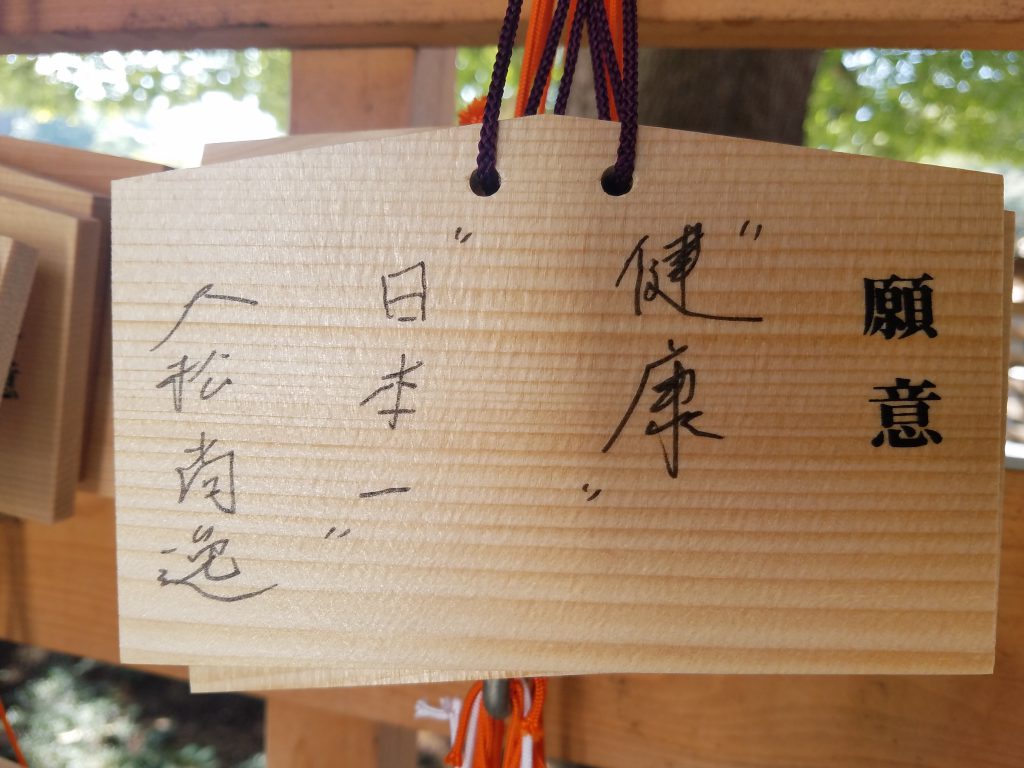 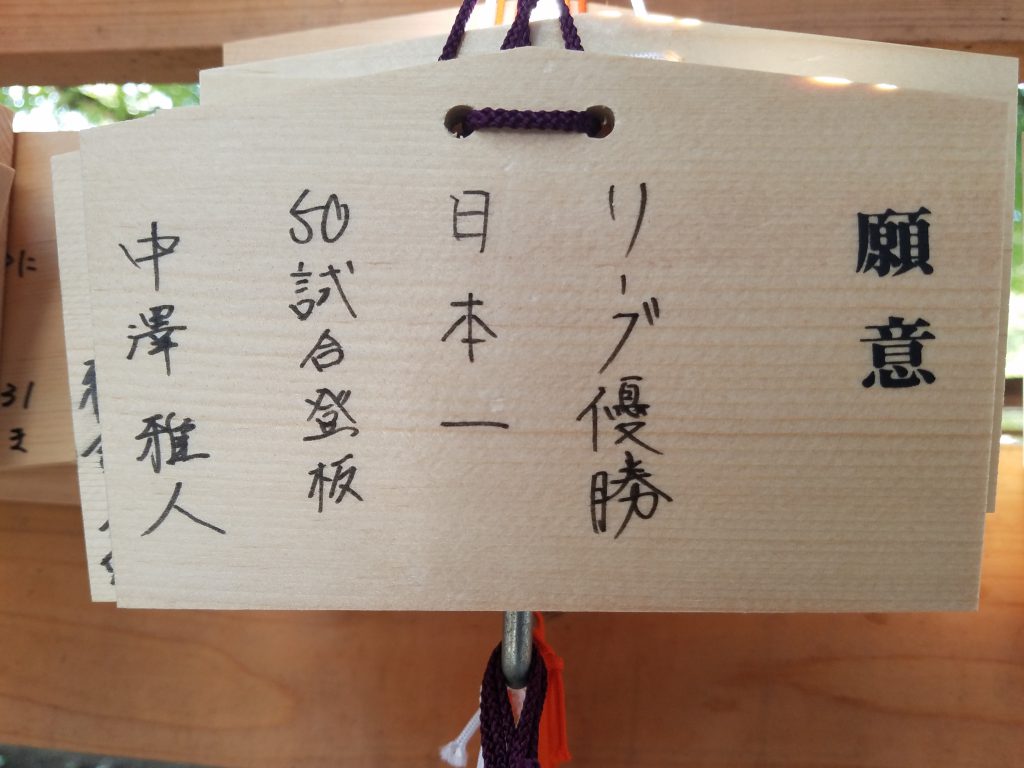 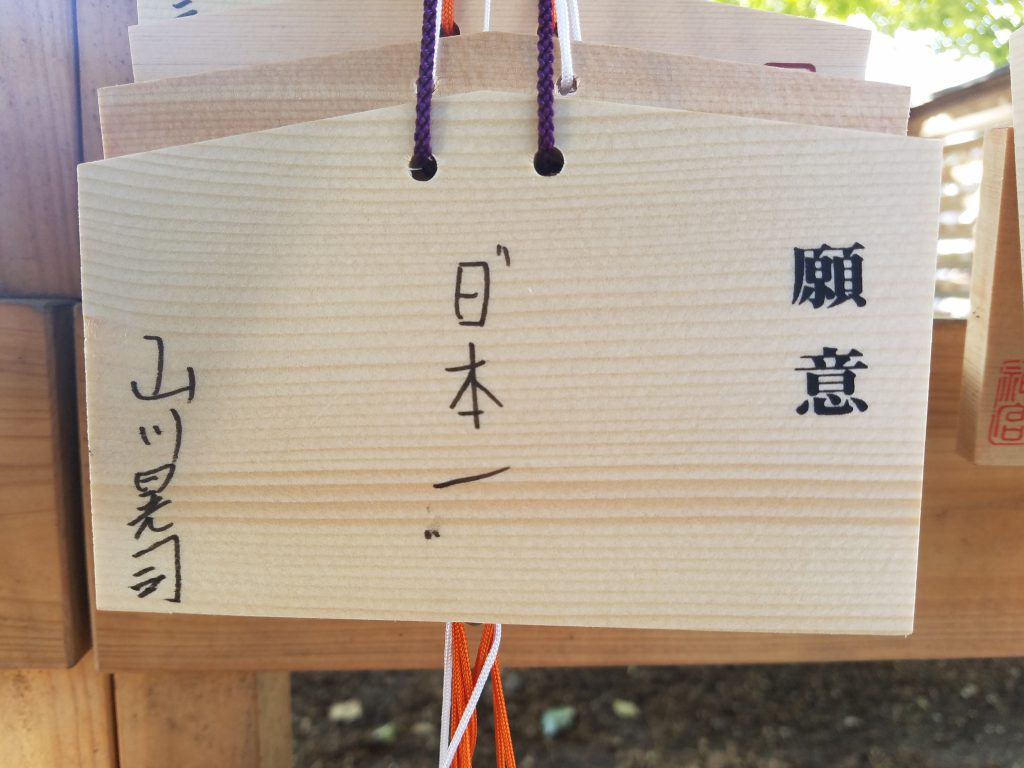 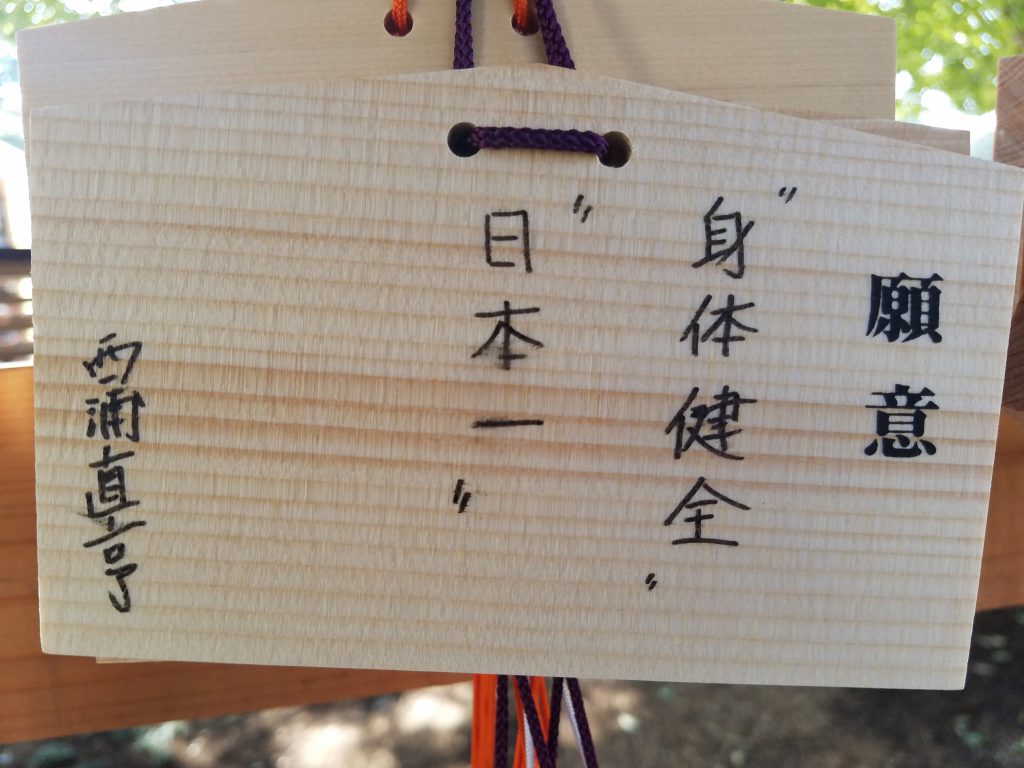 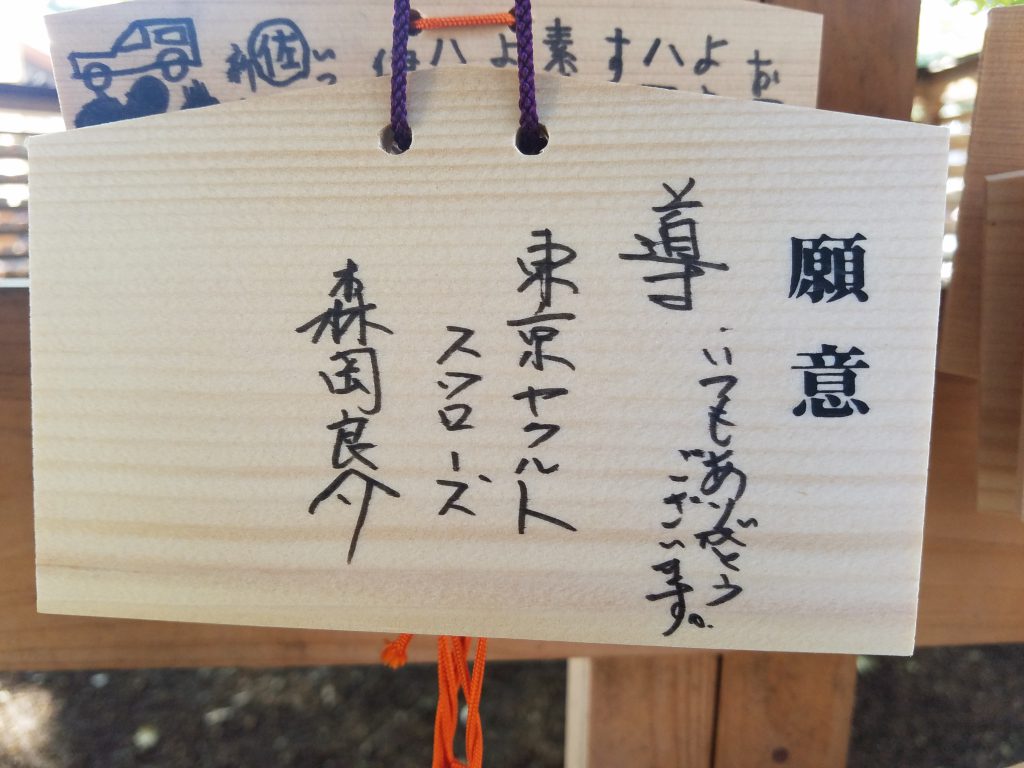 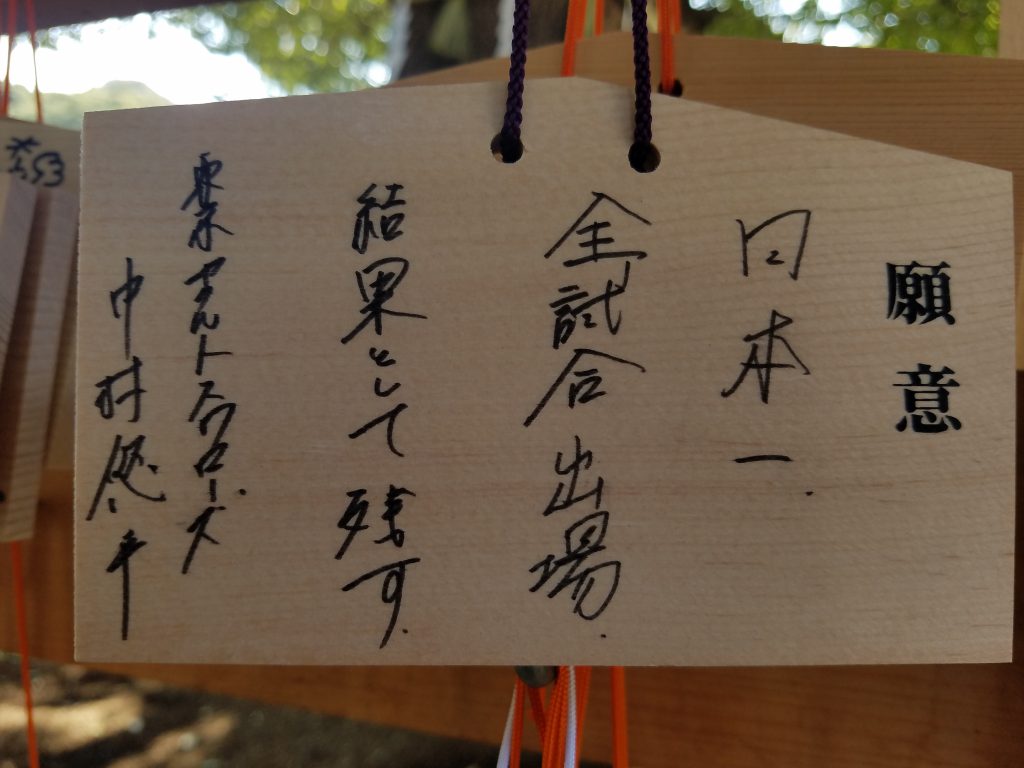 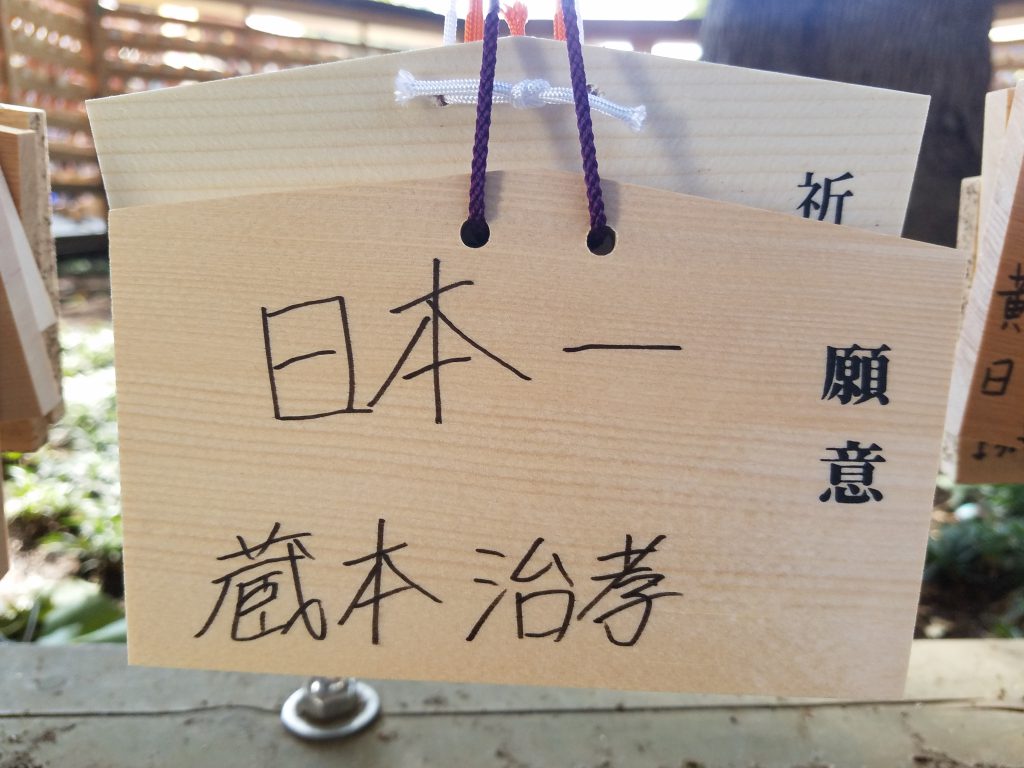 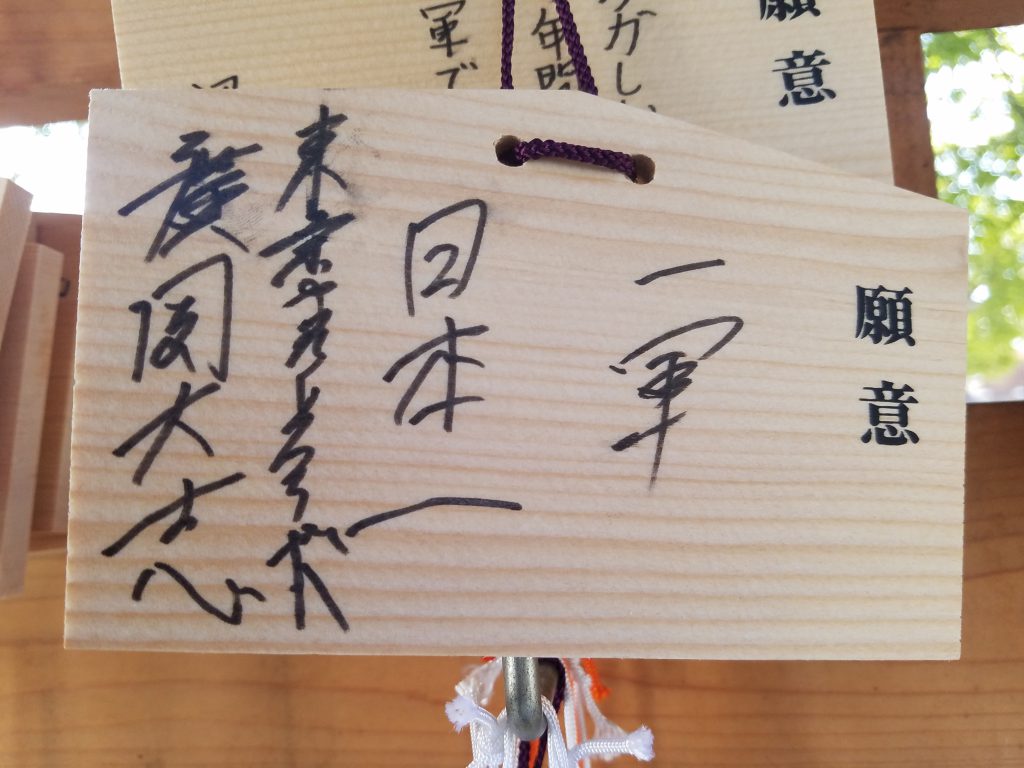 There were also ema written by fans of the team, expressing similar sentiments: 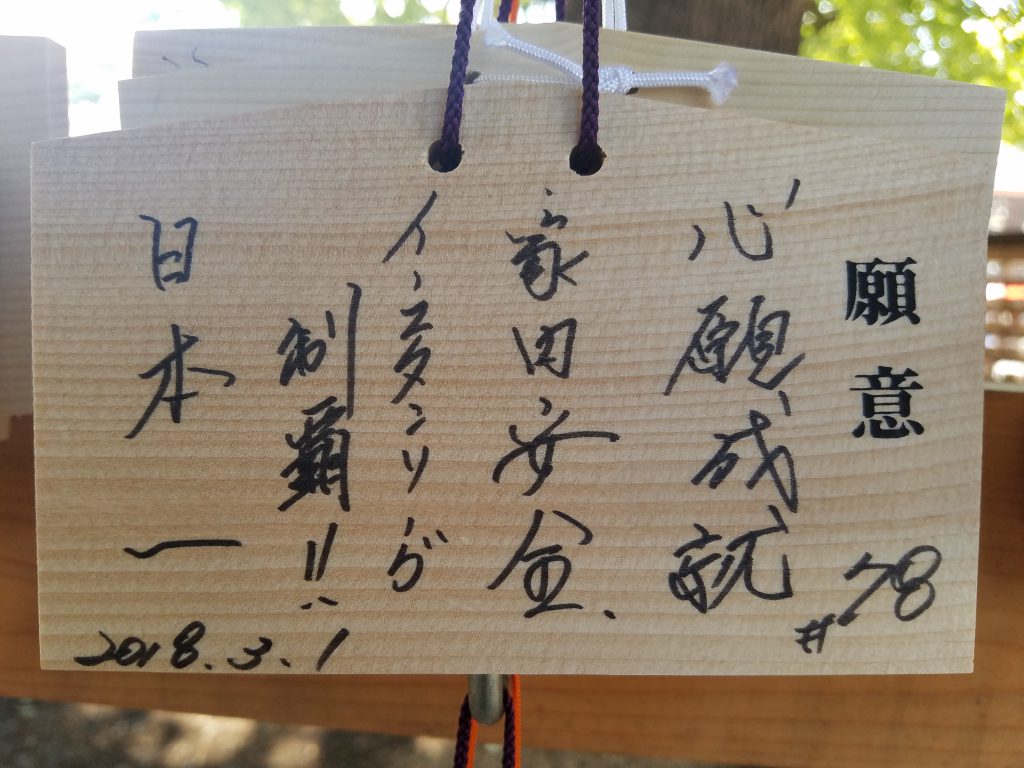 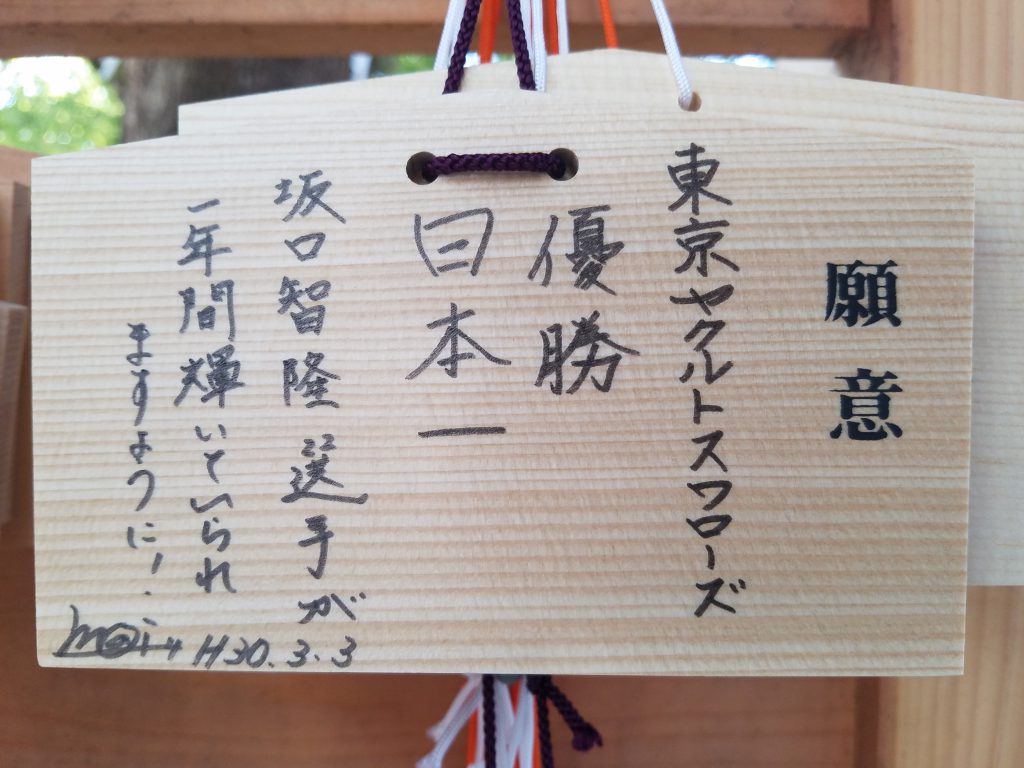 After last year, when the team achieved their highest number of losses in a single season in the franchise’s history, we are happy to take all the help we can get! I’m sure all Swallows fans are hoping these were ¥​500s well spent.

The 2018 Japan Baseball Season begins on 30 March. On 3 April, we are hosting a special group tour to the opening game at Meiji Jingu stadium. Tickets are extremely limited and close to selling out. Contact us ASAP to join.