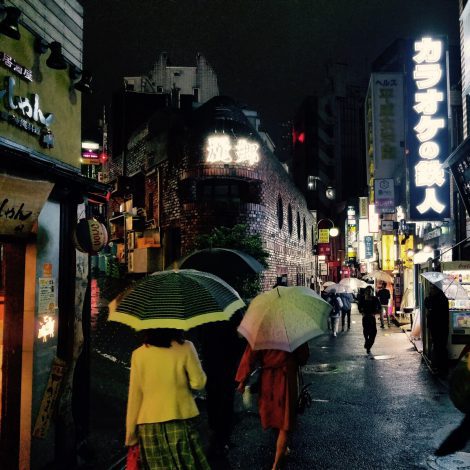 Poppin’ in the city with another episode of Tokyo ON, Maction Planet Radio’s Flagship Show!

Maction Planet Resident DJ Royce Leong takes you back and forth through time in an exploration of City Pop, putting you into the shoes of a successful middle aged salaryman in the mid 80’s, cruising around in a drop top.

You’ll hear some classic sounds from Yamashita Tatsuro and Takeuchi Mariya, as well as some of the new class of modern city pop like Evening Cinema and Blu-swing.

Royce also reflects upon Tokyo life then and now, and how the city’s music has changed with the times. So get out your palest blue jeans, pull on a luxury label sweater, and let’s get it poppin’ in The World’s Greatest Metropolis!

Maction Planet runs Tokyo Music Tours, which we brand “Maction Planet Radio Tours”, introducing people to the varied and diverse range of music in The World’s Greatest Metropolis. Tokyo’s music scene can be difficult to crack for visitors, due to the language barrier and the sheer breadth and depth of the scene. Concerts, gigs, club nights across every conceivable genre, homegrown, traditional, modern and internationally-influenced… the variety is outstanding. In most cases there is no English-language information available for these amazing events, and that is where we can help.

Whatever your interests in Tokyo, contact us at info@mactionplanet.com