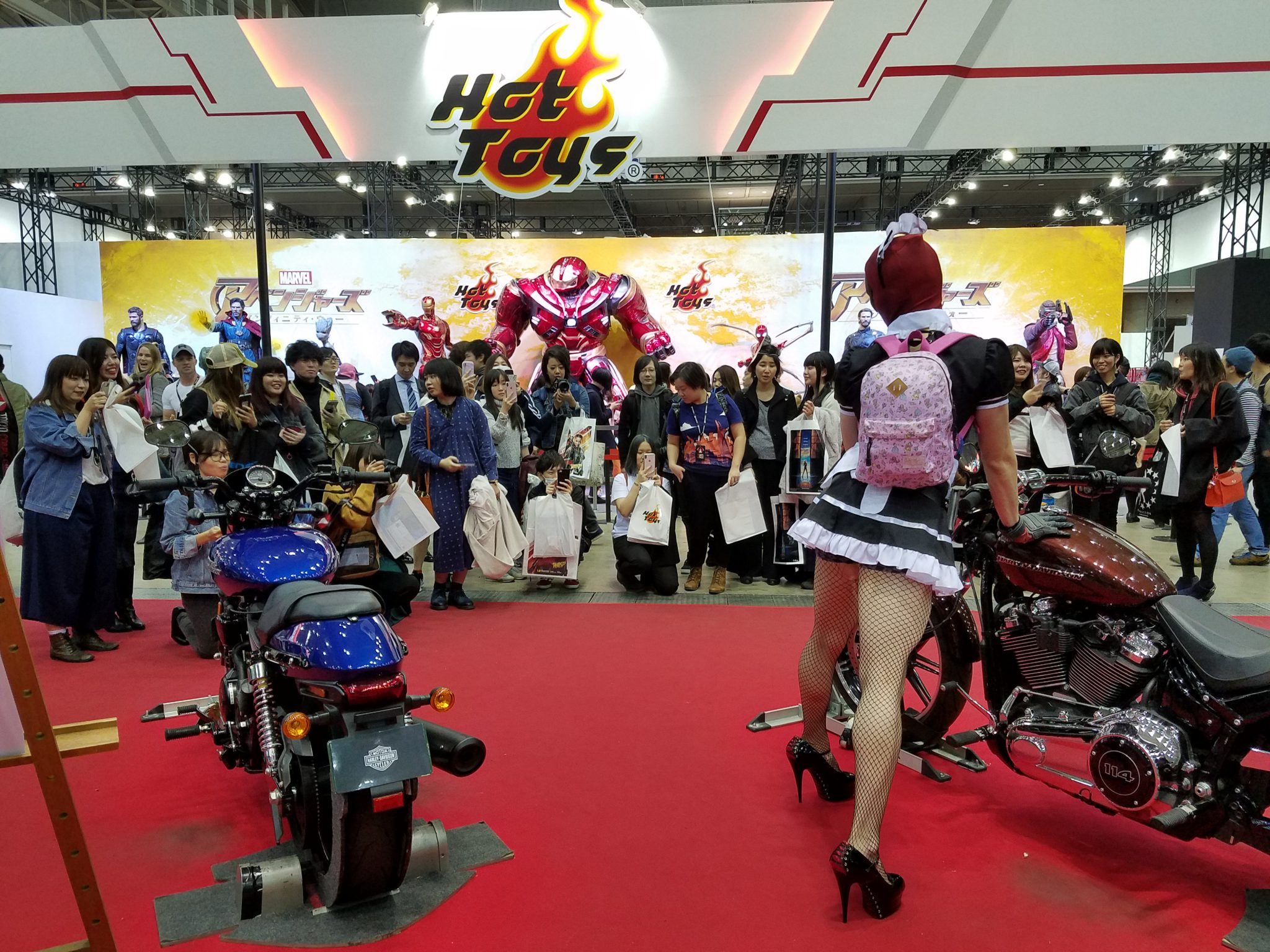 2018 Tokyo Comic Con was bigger and better than ever with some phenomenal panels, great booths and special guests. One of the highlights was the Tokyo Comic Con Cosplay on display. If you missed the event, check out our exclusive photos and be part of the action!

Held at the Makuhari Messe in Chiba, 2018 Tokyo Comic Con kicked off on Friday November 30th and runs through Sunday December 2nd. This is the third year the event has been run.

Special guests included Ezra Miller (The Flash from the Justice League Movie), Tom Hiddleston (Loki from the Marvel Studios films), Jeremy Renner (Hawkeye from the Marvel Studios films) and Peter Weller (the original RoboCop!).  DC and Marvel had a huge presence at the con, as did Legendary Pictures who were promoting upcoming blockbuster ‘Godzilla: King of the Monsters’. Artist Alley was the largest yet, with lucky fans getting commissions from superstar artists Livio Ramondelli, Andrew Griffith and Matt Frank, amongst others.

Cosplayers are an integral part of the Tokyo Comic Con, with great events such as a cosplay fashion show, cosplay showcase, group photo sessions, and more! Part of the fun of Comic Con is wandering around, rounding a corner and coming face-to-face with one of your favourite characters portrayed in incredible fashion by dedicated fans.

Since this is Comic Con, cosplayers mostly portrayed western comic book, video game and movie characters, rather than anime and manga characters. Deadpool, Spiderman, Captain America and Wonder Woman were all popular choices. From the country that began modern day cosplay and so influenced American pop culture in that fashion, it now sees that influence reflected back upon itself.

Without further ado, let’s check out some of the best — and most entertaining — Tokyo Comic Con cosplay from Saturday 1 December 2018! 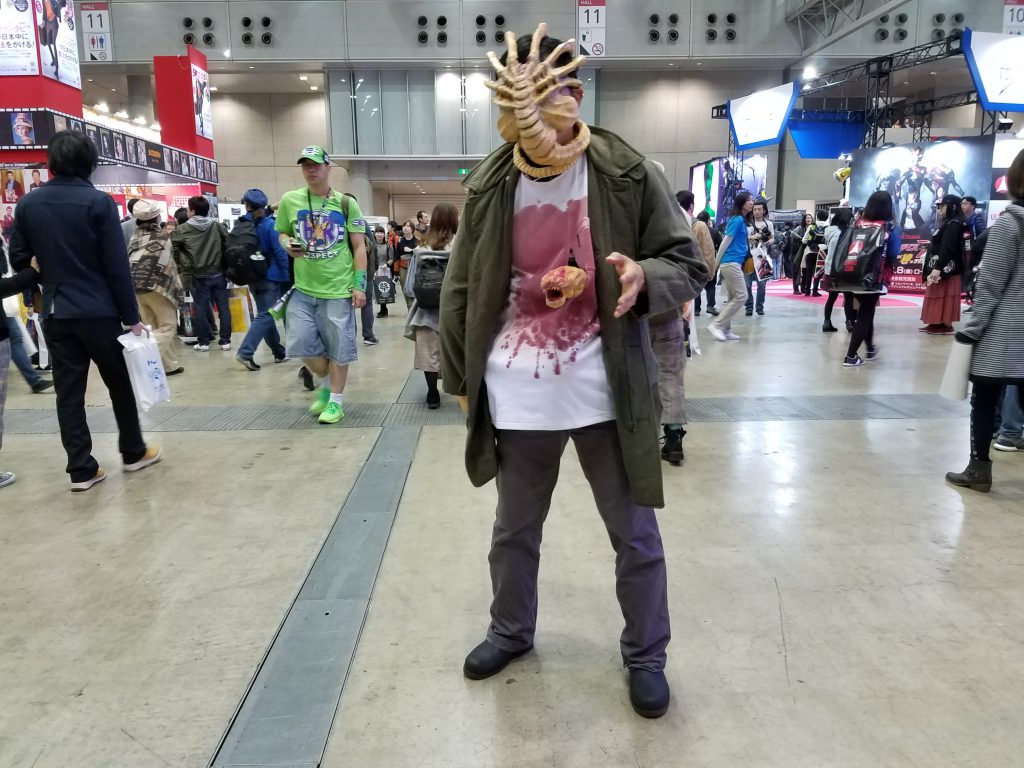 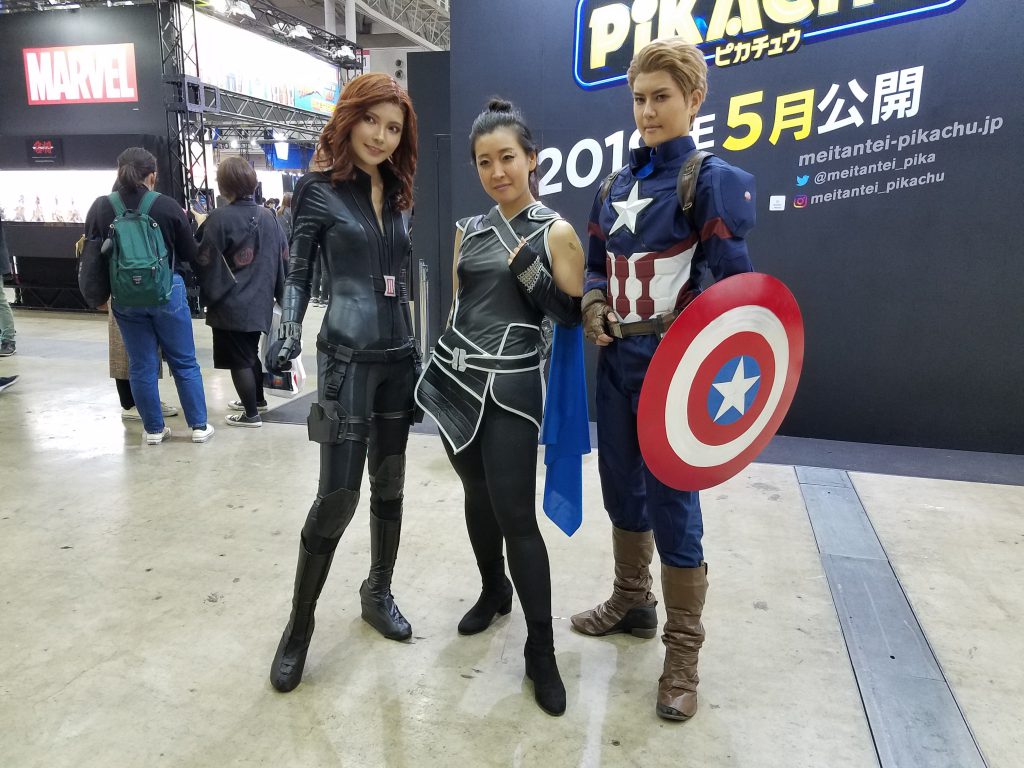 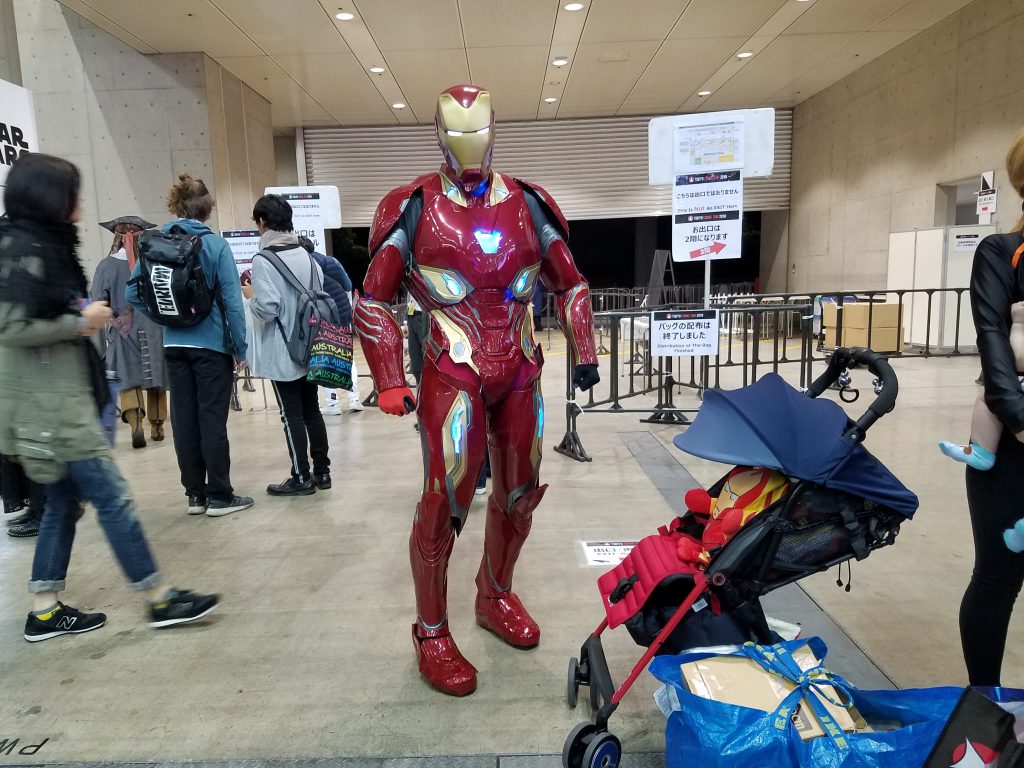 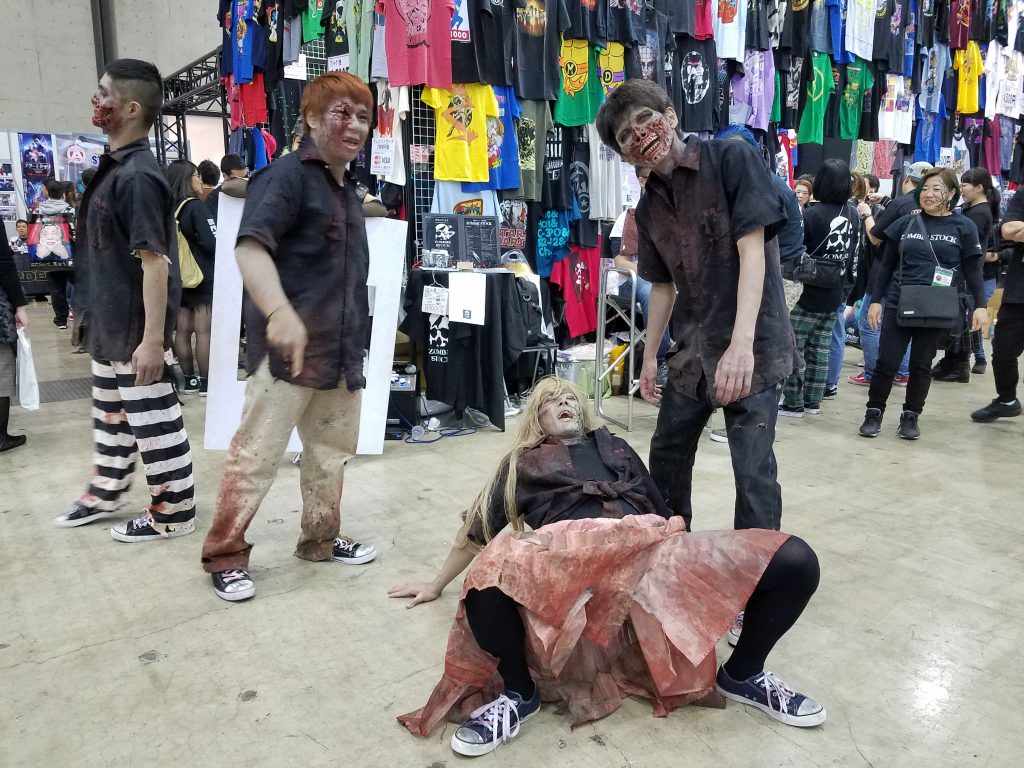 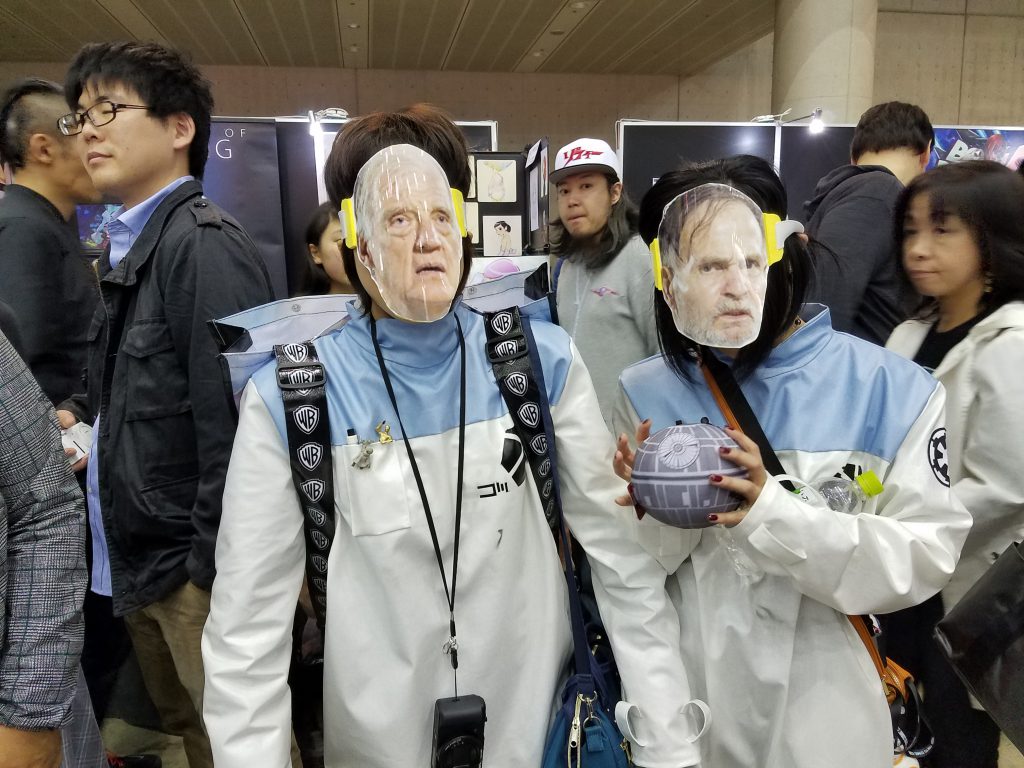 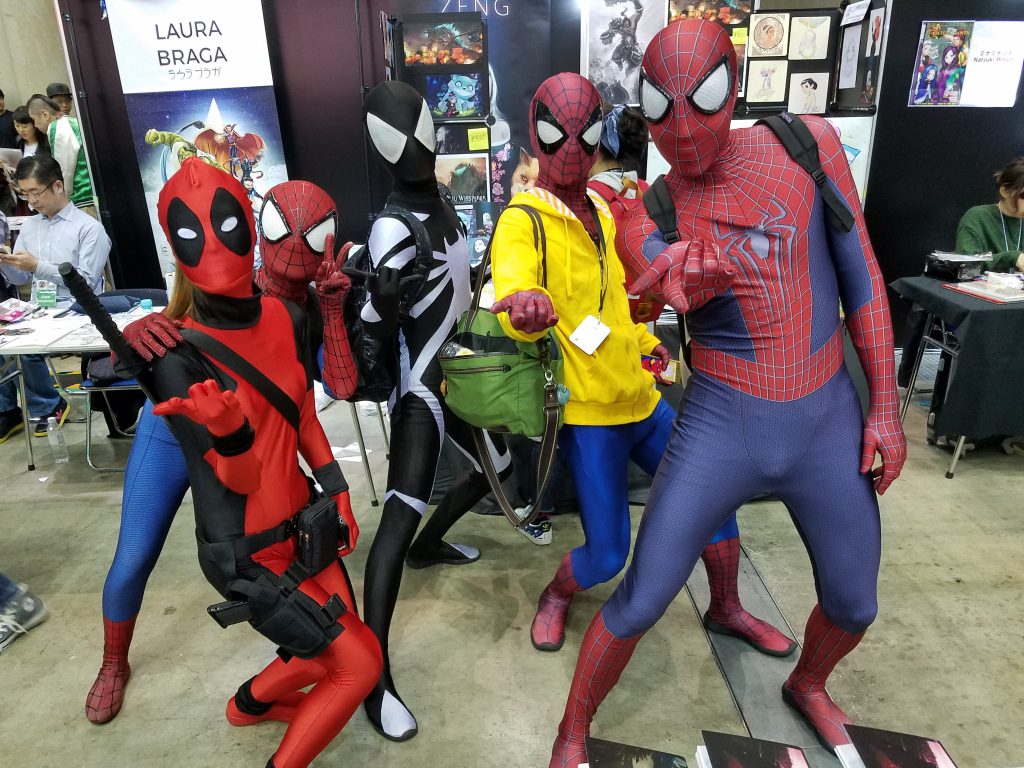 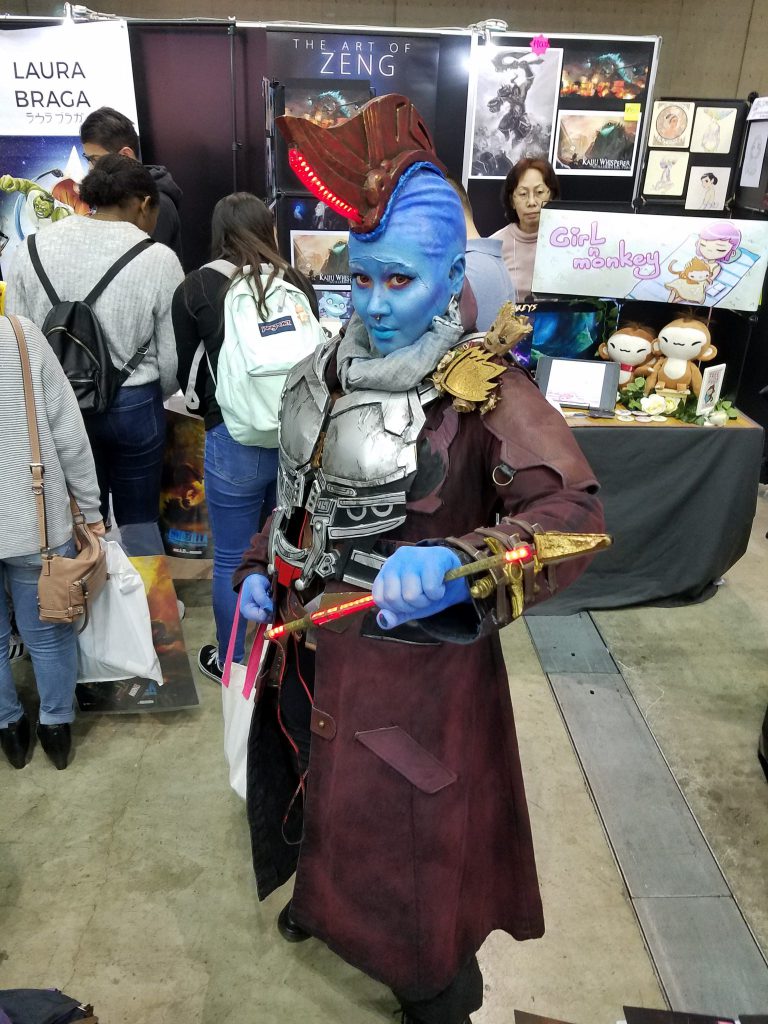 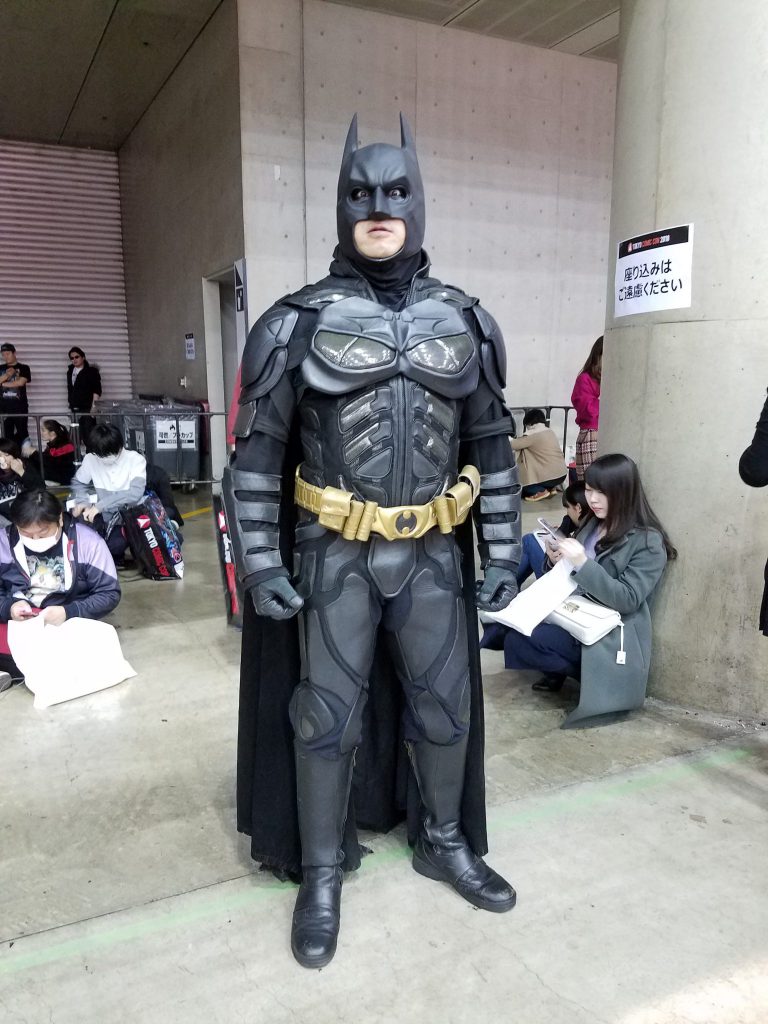 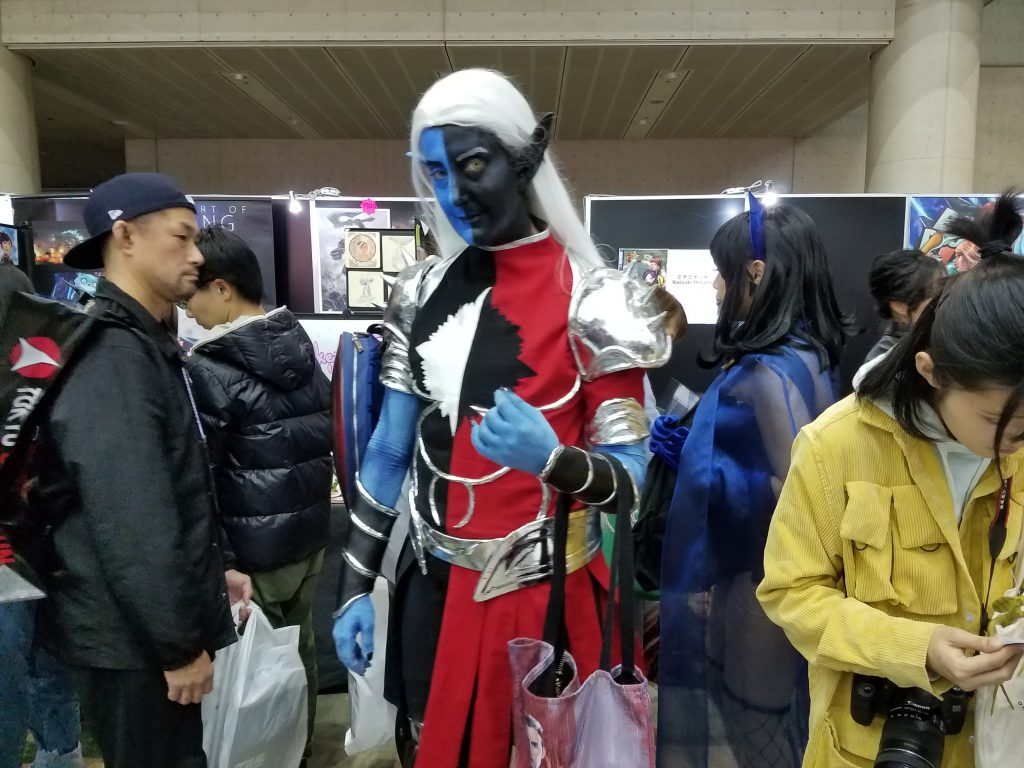 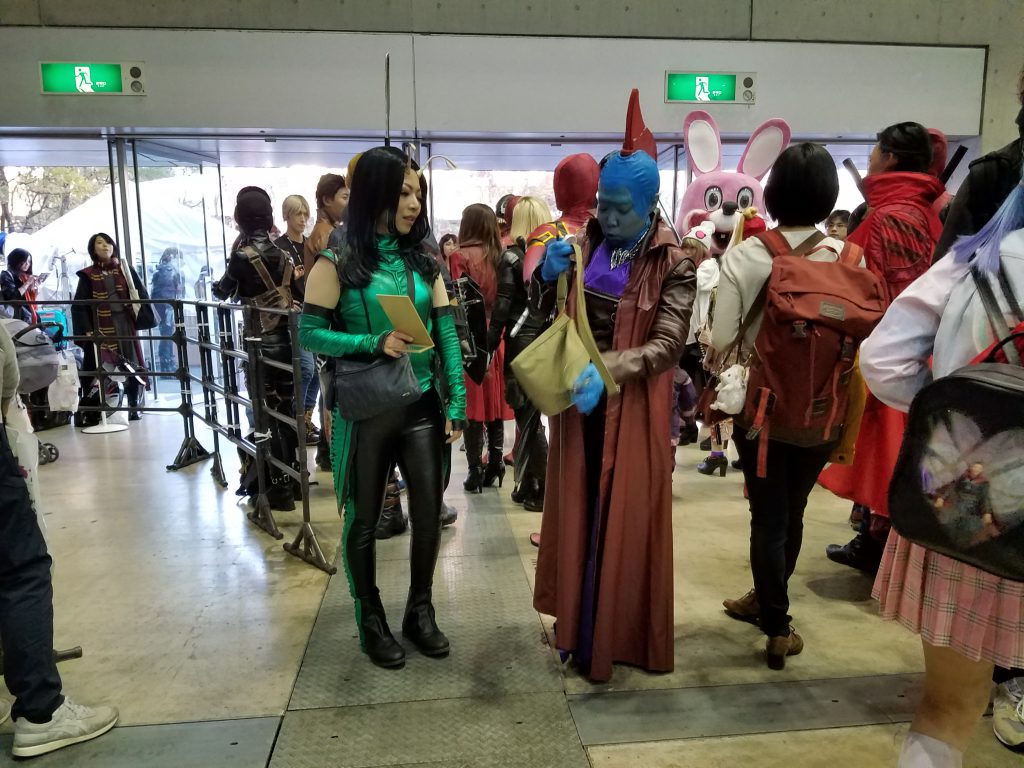 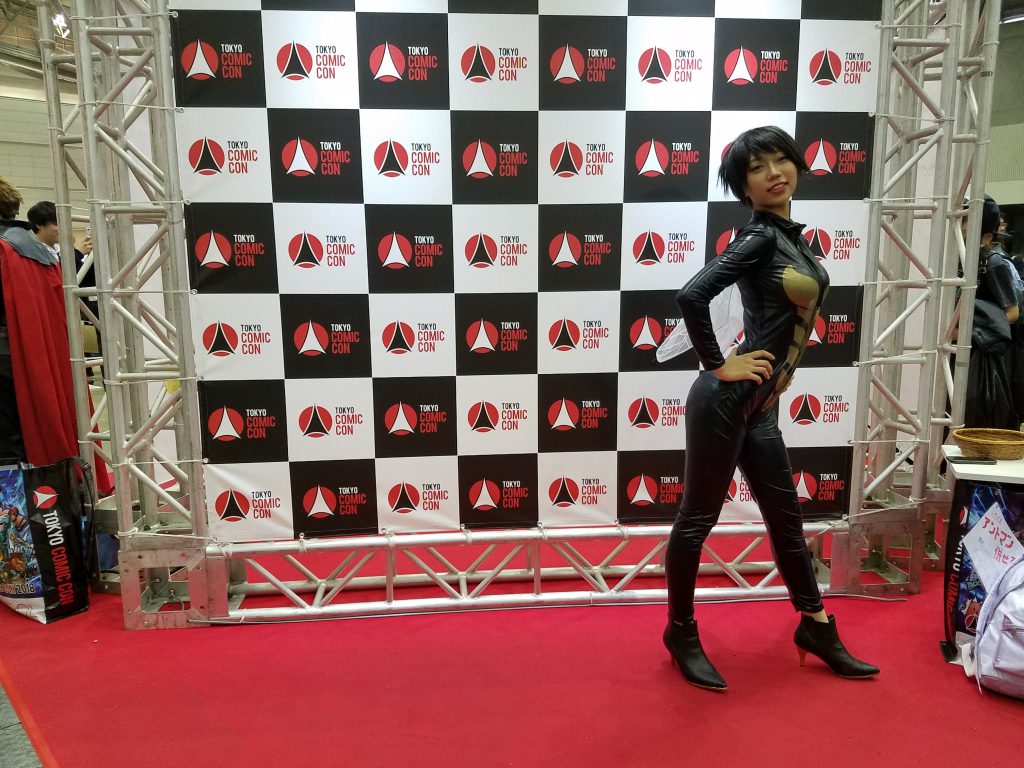 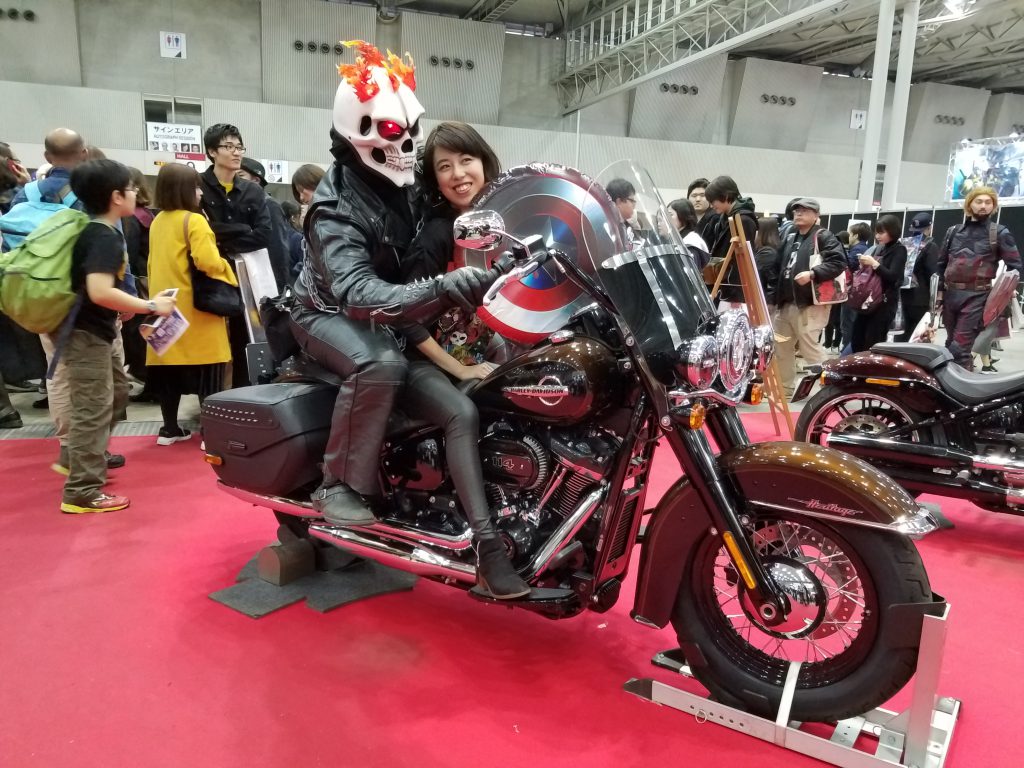 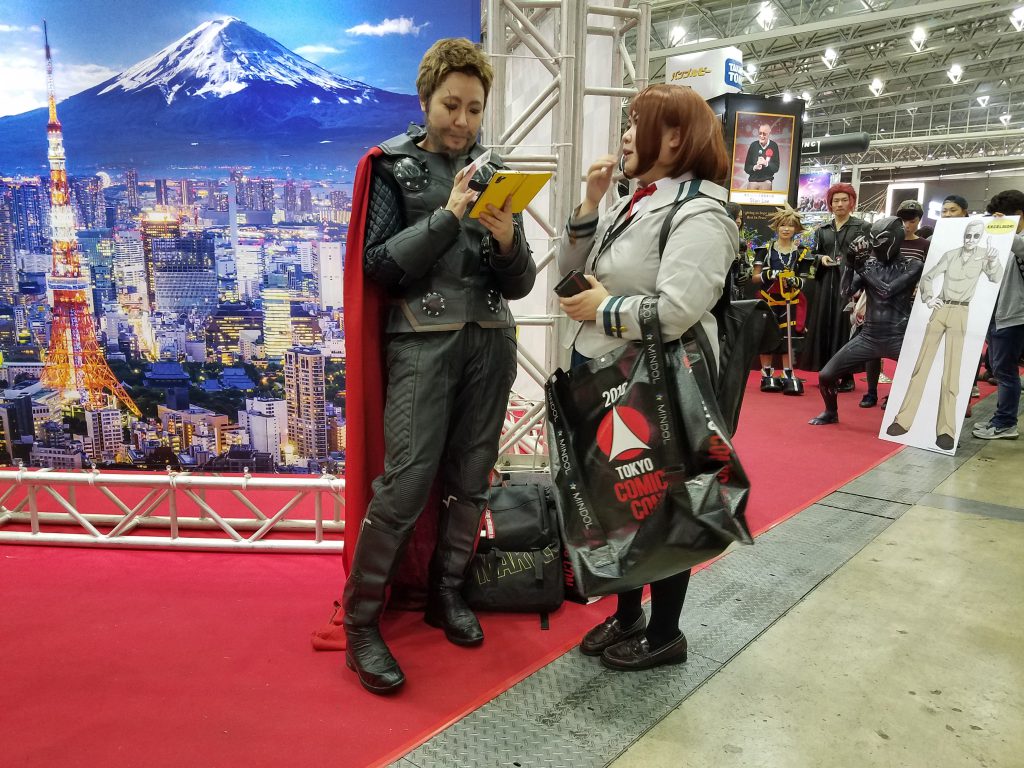 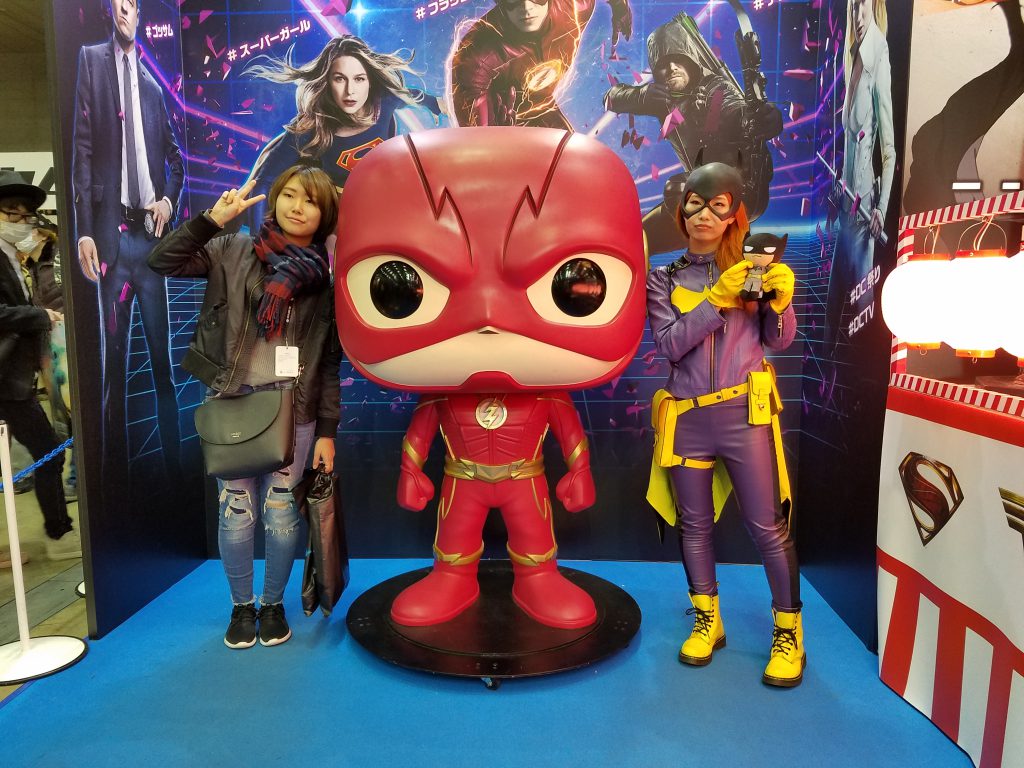 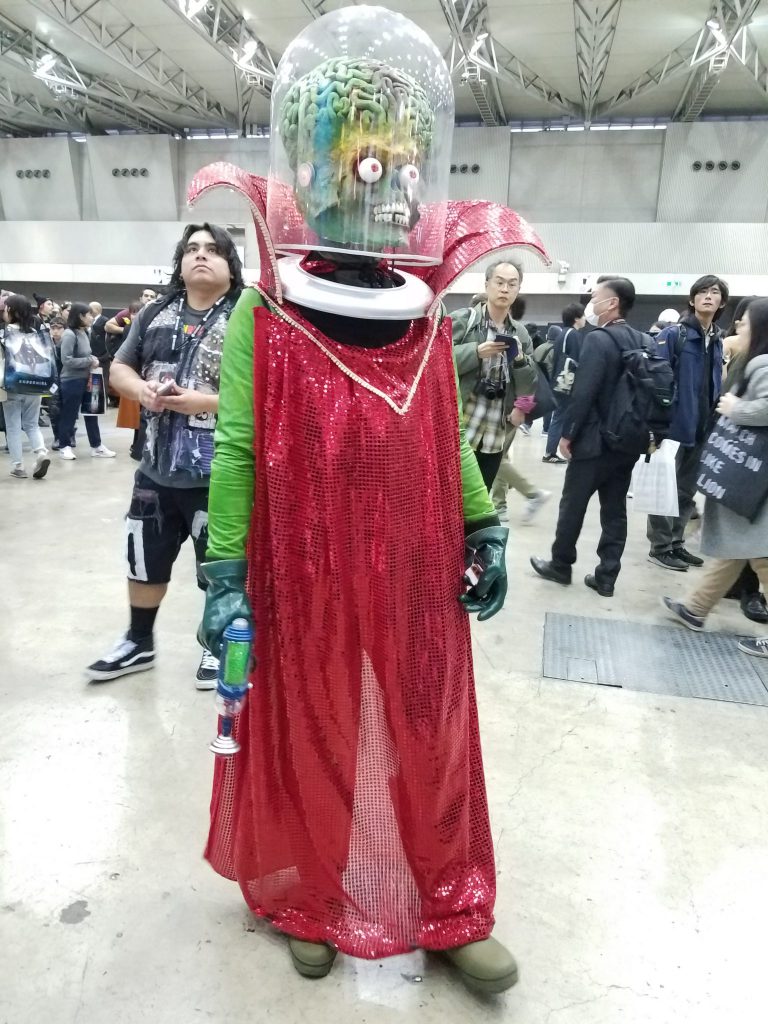 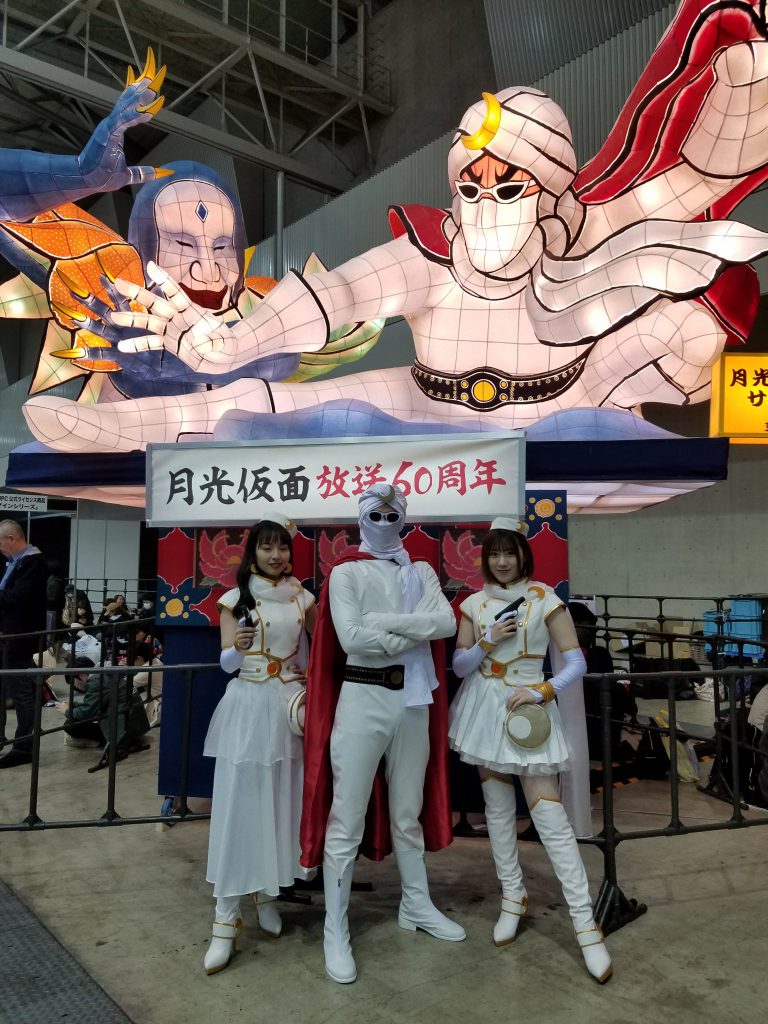 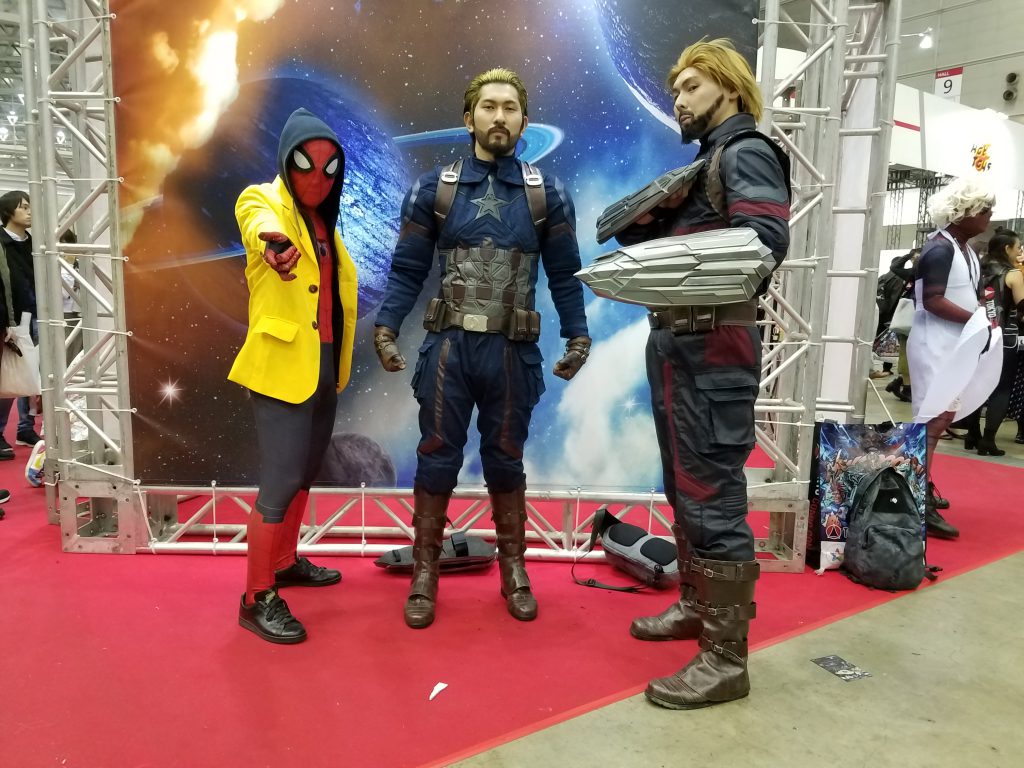 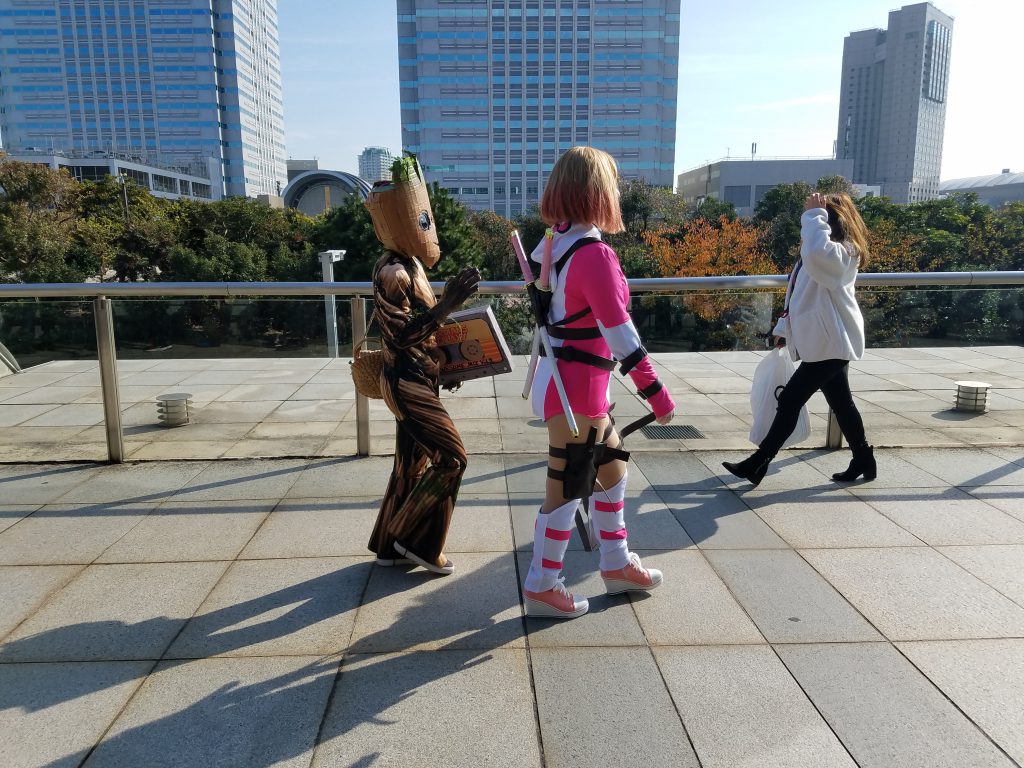 For exclusive Tokyo-inspired T-shirts featuring exclusive designs from superstar artists Livio Ramondelli and Matt Frank, check out the online Maction Planet Apparel store at shop.mactionplanet.com
Maction Planet runs bespoke Private Tours and Experiences in Tokyo and beyond, including Tokyo Otaku Tours. To book yours, contact us at info@mactionplanet.com