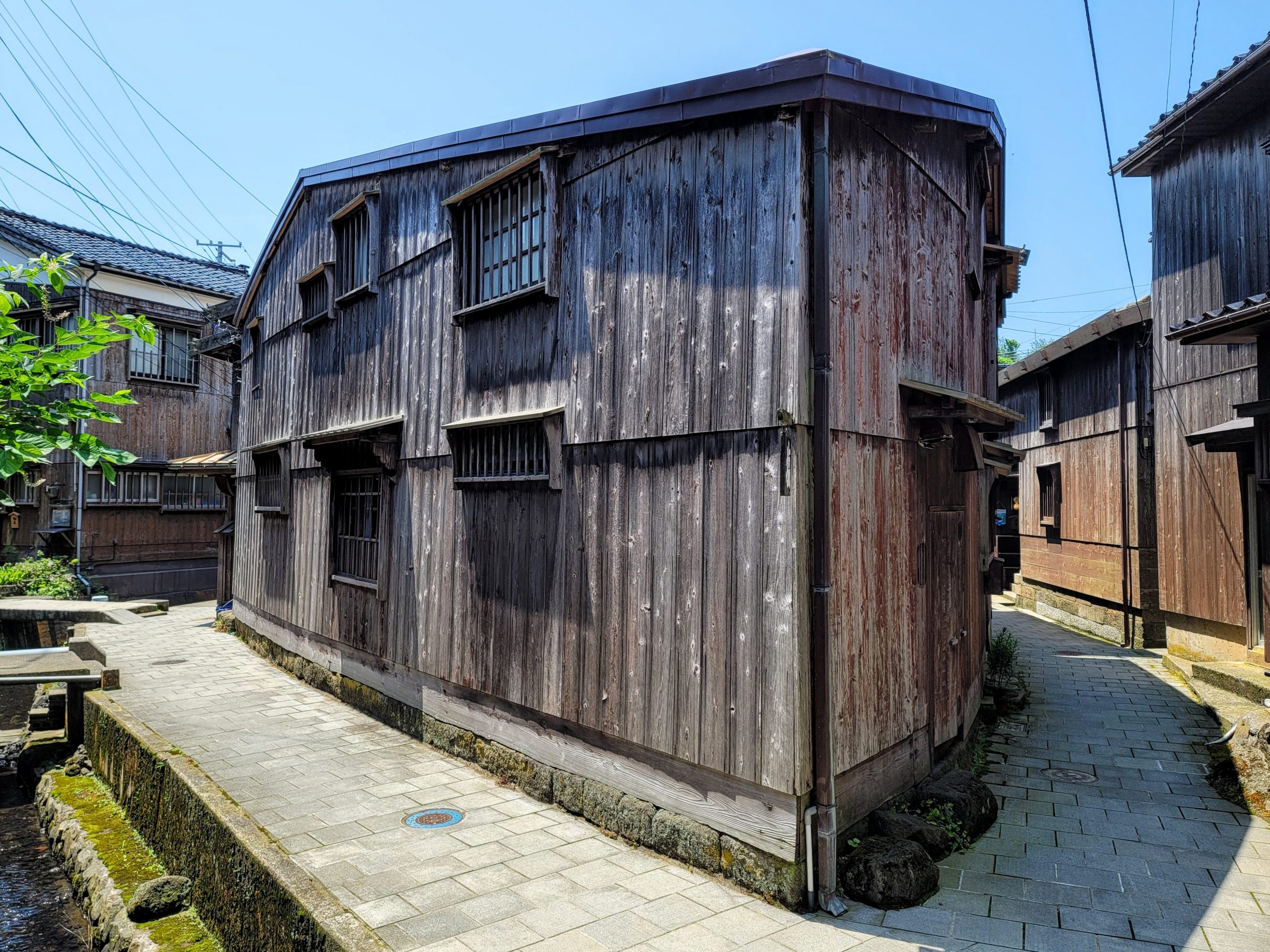 This week, we’re on Sado Island! Sado Island covers an area of 854.76 km2 and is the largest island off the coast of Honshu, the main island of Japan. The primary gateway is by ferry from Niigata. Choosing 5 photos to represent my time here is impossible, as there is so much to see. do and experience in this magical place.

Featured image – The Triangle House: Shukunegi is a village on the south side of Sado Island. It was home to sengokubune (merchant ships) and their builders. A port since the medieval times, Shukunegi grew wealthy through the 1600s by the Sado Kinzan Gold Mine. Shukunegi is characterised by over 100 densely-packed houses built with plate walls made from ship planks, and it has been designated as a National Important Preservation Area for Traditional Buildings and Architecture. Pictured is the most famous building in Shukunegi, the Sankakuya (Triangle House). After a flood in 1846, the Sankakuya was transferred from the Hamochi Ohashi area to where it stands now. Before relocation, Sankakuya was a 7.2m x 10.8m rectangular shape, but it was reconstructed to fit in the shape of a corner lot.

Toki: The Toki (Japanese Crested Ibis) goes by the scientific name Nipponia nippon. In the past, this magnificent bird could be seen all across Japan, but due to overhunting and environmental pollution, their numbers plummeted until only a few remained. In 1952 the species was designated a Special Natural Monument, and in 1960 it was listed as an internationally protected species. Thanks to the work of places like the Toki no Mori, where this picture was taken, there are now 451 Toki, and the bird is a symbol of Sado Island.

Rice fields for days: Sado is famous for its rice, and rightly so: it’s delicious. Both table rice and sake rice thrive in the rice paddies of the island. They are found all over Sado, but are concentrated in the central part of the ‘S’ that their island’s geography resembles. If you stand here for a while, as I did, you might get lucky and see some wild Toki.

Iwakubi Shoryu Tanada: This terraced rice field stretches over 350m high in the Iwakubi area. The rice paddies have been passed down since around the Edo Period (early 1600s), and about 460 paddies still remain, stretching to the summit of the mountain like a dragon rising high into the sky.

Sado manhole: No trip around Japan would be complete without spotting and documenting the local manhole covers!