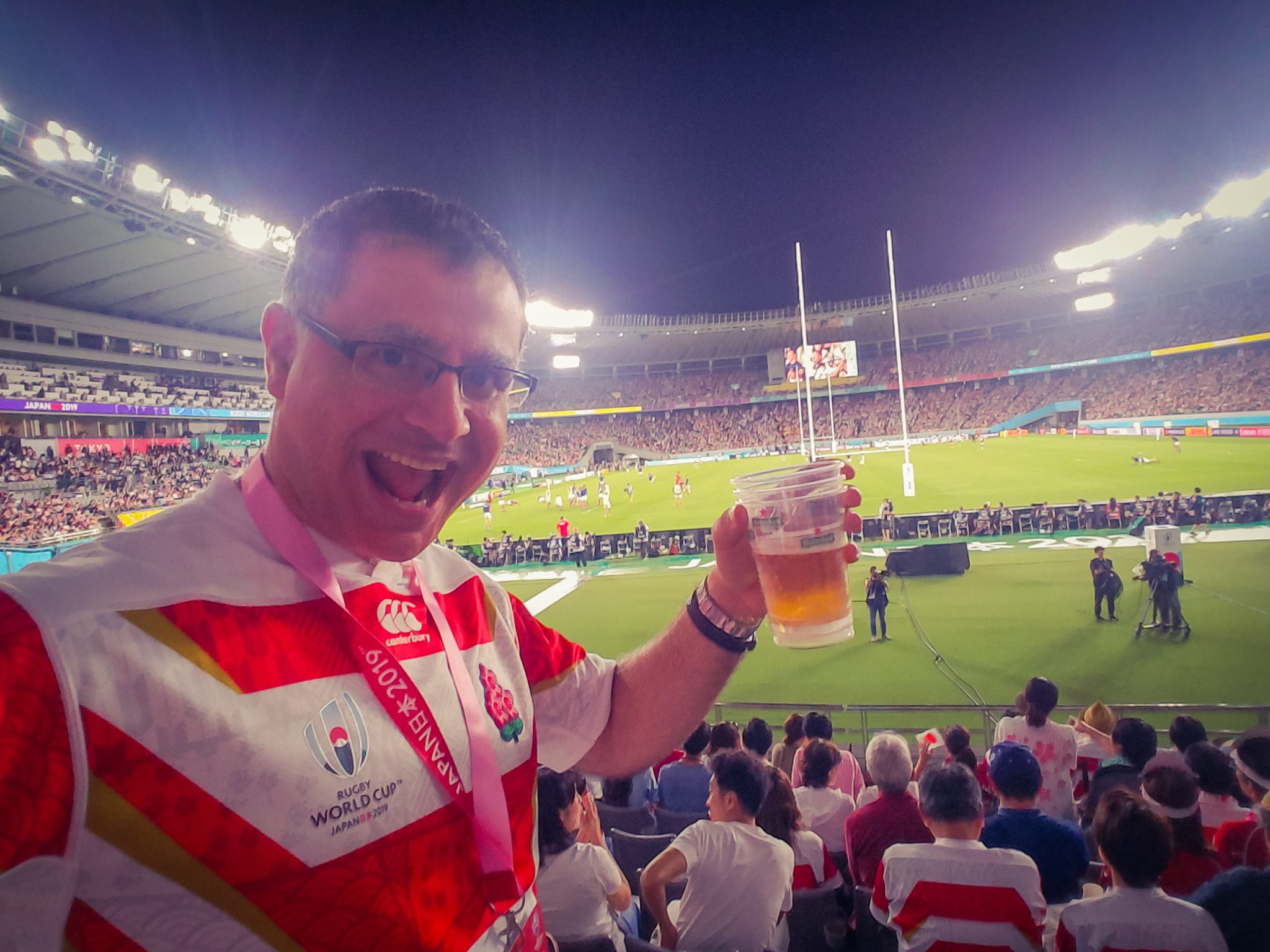 What a week! The latest edition of This Week in Tokyo (and Yokohama) is dominated by the incredible start to the Rugby World Cup 2019. Mac, our Founder and Lead Guide, attended three matches on the opening three days. Somehow he still managed to fit in some of our world famous guided tours and an art exhibition opening. This week: Japan vs Russia; New Zealand vs South Africa; Ireland vs Scotland; Hiyonoyama and Makkumaru – Friends Forever and Jean-Michel Basquiat: Made in Japan.

Featured image – Japan vs Russia:  Rugby World Cup 2019 got off to a fantastic start on Friday with the tournament opener, Japan vs Russia, at the Tokyo Stadium in Tobitakyu. Prior to the game the spectacular opening ceremony was held. Japan won 30-10 with a hat-trick from Kotaro Matsushima. You can watch build up, opening ceremony, national anthems, fan action and match highlights straight from the stands in this video on the Maction Planet YouTube Channel:

New Zealand vs South Africa: On Saturday I headed down to Yokohama for a clash of the titans! Of all the Pool games, this was the one that had the most people excited. It was a hard fought match, but the All Blacks prevailed 23-13. I was excited to see my first live haka, which is as hair-raisingly good in person as it is on TV. You can watch all the match action and pre-and post-game antics in this video:

Ireland vs Scotland: As if the first two days of games weren’t enough, Day 3 delivered another cracker in Yokohama in the form of Ireland vs Scotland. I was excited to see these two European powerhouses play in my backyard. Ireland dominated the match in both attack and defense coming out 27-3 victors, and their fans were out in force to make sure they witnessed it first hand. Relive the amazing atmosphere before, during and after the game in this video:

Hiyonyama and Makkumaru: Respect is a key principle of both Rugby and Sumo. Here we have a classic example of this. Two world-weary fighter, Makkumaru and Hiyonoyama standing together in friendship after some tough bouts over the last two tournaments (here and here). BTW We saw a huge spike in orders for the T-shirt I was wearing during this Sumo tournament. It is one of our most popular pieces, designed by the incredible Marika. You can get yours at the Maction Planet Apparel Online Store. 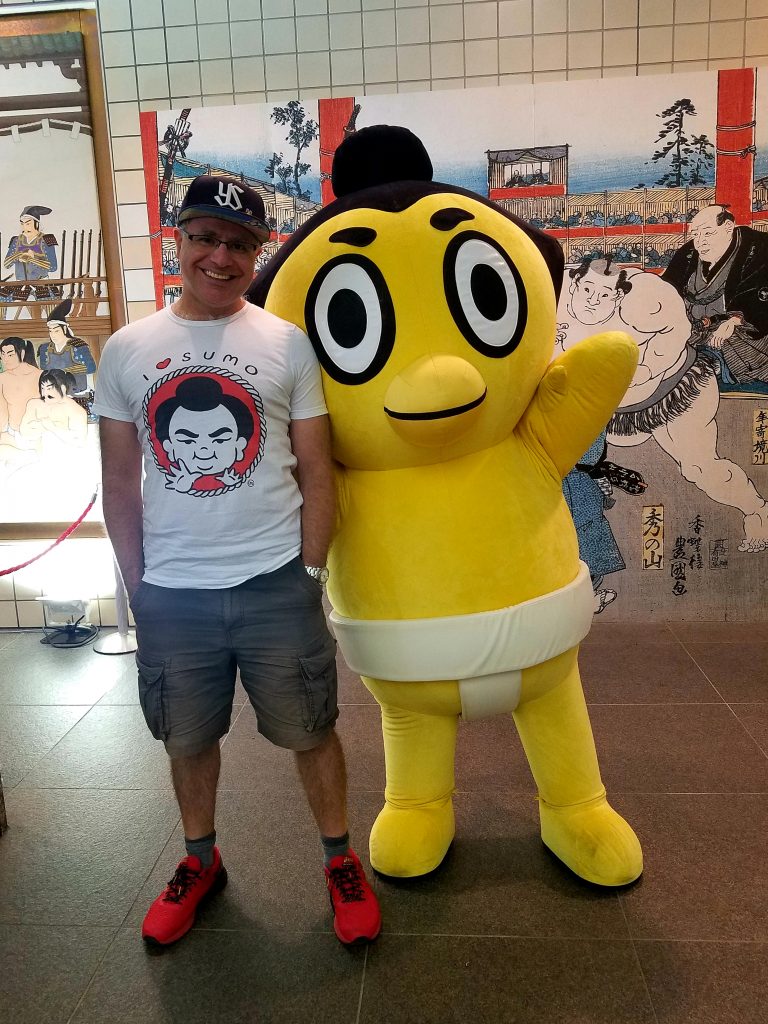 Jean-Michel Basquiat: Made in Japan: It was an honour to be invited to the special press preview and opening reception for the first comprehensive exhibition of Jean-Michel Basquiat in Japan which opened on 21 September. Tailored especially for the country, it contains around 130 of his paintings, mixed media sculptures, and drawings from across the world. The exhibition has been curated by Dieter Buchhart, and I got the opportunity to discuss bringing this important exhibition to the World’s Greatest Metropolis. The exhibition runs until 17 November at Mori Arts Centre Gallery in Roppongi Hills. A must for Basquiat fans and contemporary art lovers! Many thanks to Maction Planet guest Susie Rice for the kind arrangement 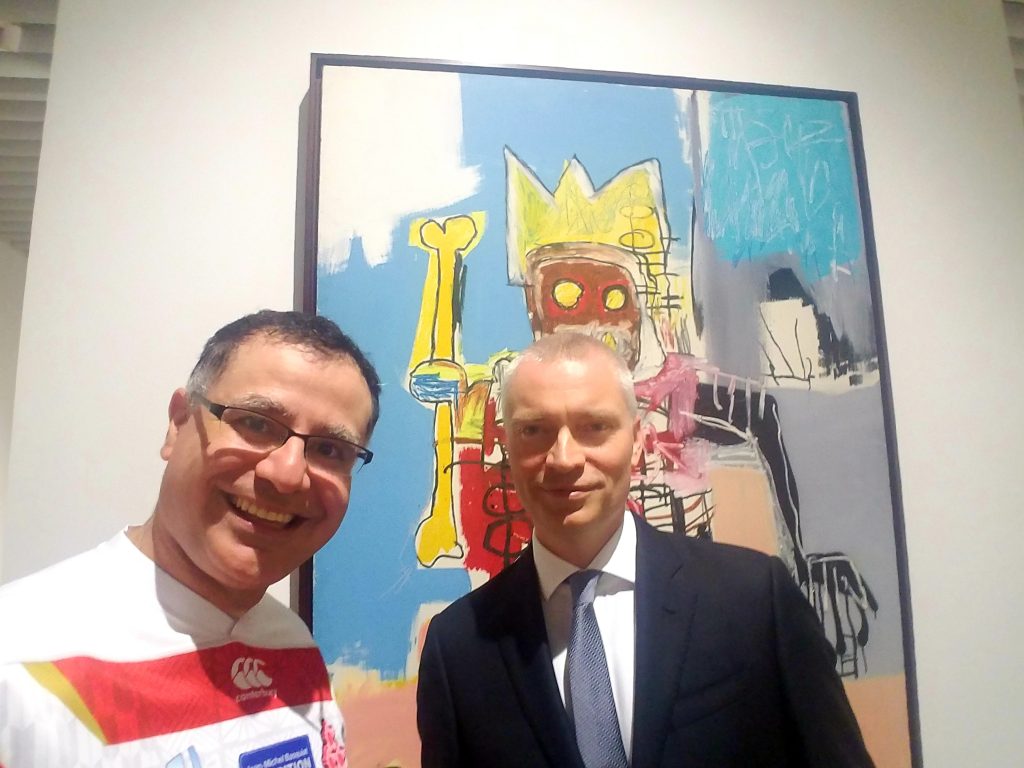