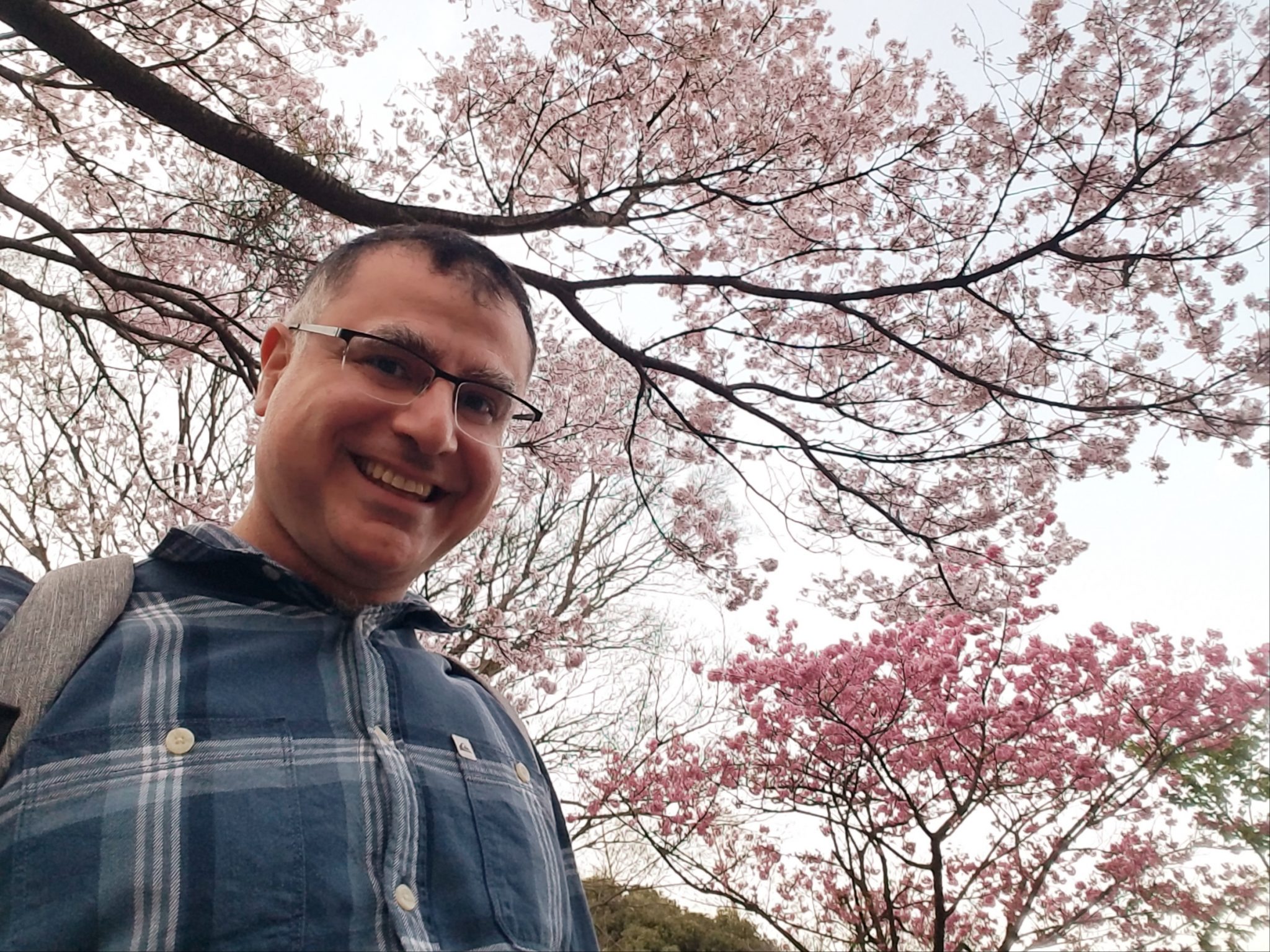 Welcome to ‘This Week in Tokyo’ (and Yokohama), a review of the Maction Planet week that was and a look ahead to what’s coming up in the city. You can check out photos from our tours and read insights into our explorations as we get under the skin of the World’s Greatest Metropolis, and beyond! This week: Mac x Yokohama Hizakura x Koshi No Higanzakura; Capturing the Sakura moment in Ueno Park; Coca-Cola Strawberry vs Sakura; Sakura and Remembrance for Hiroshima and Nagasaki and JR Ueno Station Park Gate New and Old.

Featured image – Mac x Yokohama Hizakura x Koshi No Higanzakura: It’s not just about the Somei Yoshino! Over 200 cultivars can be found in Japan. Here is Mac, our Founder and Lead Guide, under Yokohama Hizakura (Dark pink) and Koshi no Higanzakura (light pink) in Mitsuike Koen in Kanagawa. 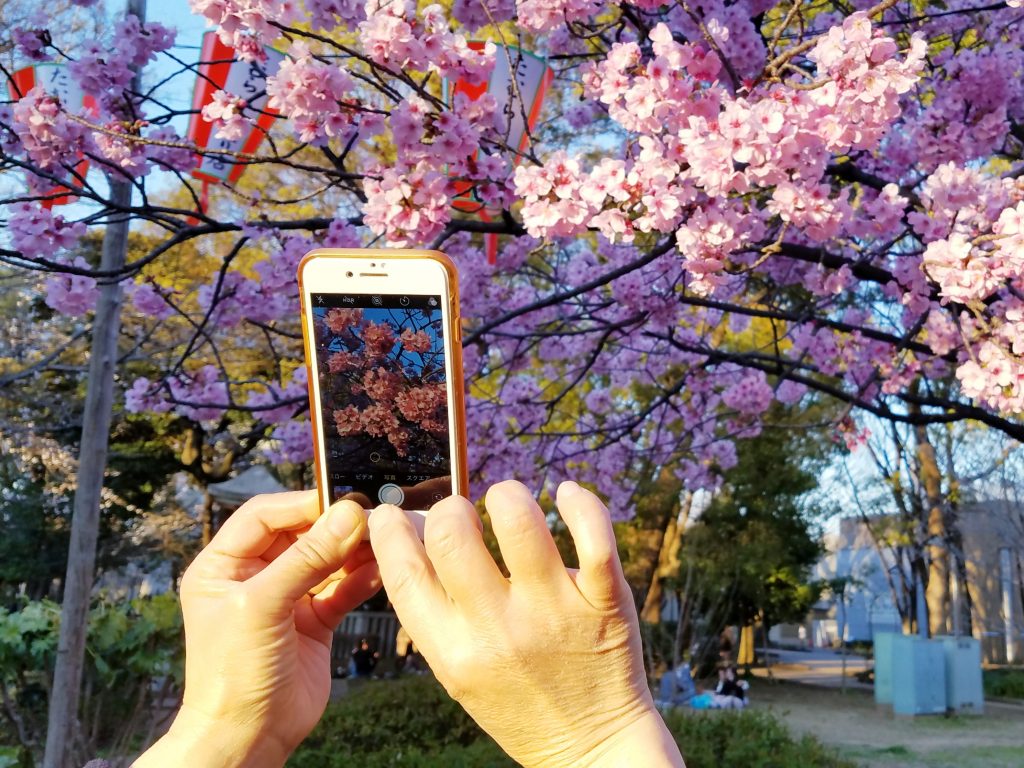 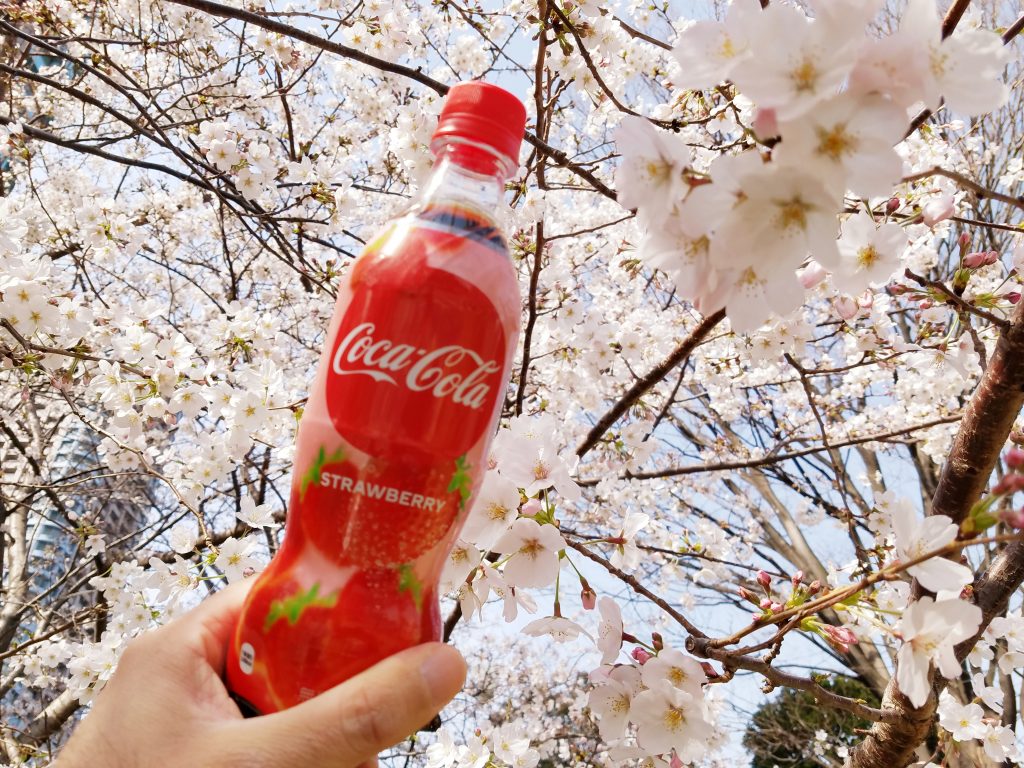 Coca-Cola Strawberry vs Sakura: Coca-Cola Strawberry was released in Japan on 20 January. It’s a world exclusive in a country used to seasonal, limited edition flavours constantly hitting the food and drink market. Is it any good? Here, you can watch our Tokyo Taste Test video where we… err… tasted and tested Coca-Cola Strawberry. It is certainly good enough that we grabbed one to enjoy as we strolled under the Cherry Blossoms along the Sumida River. 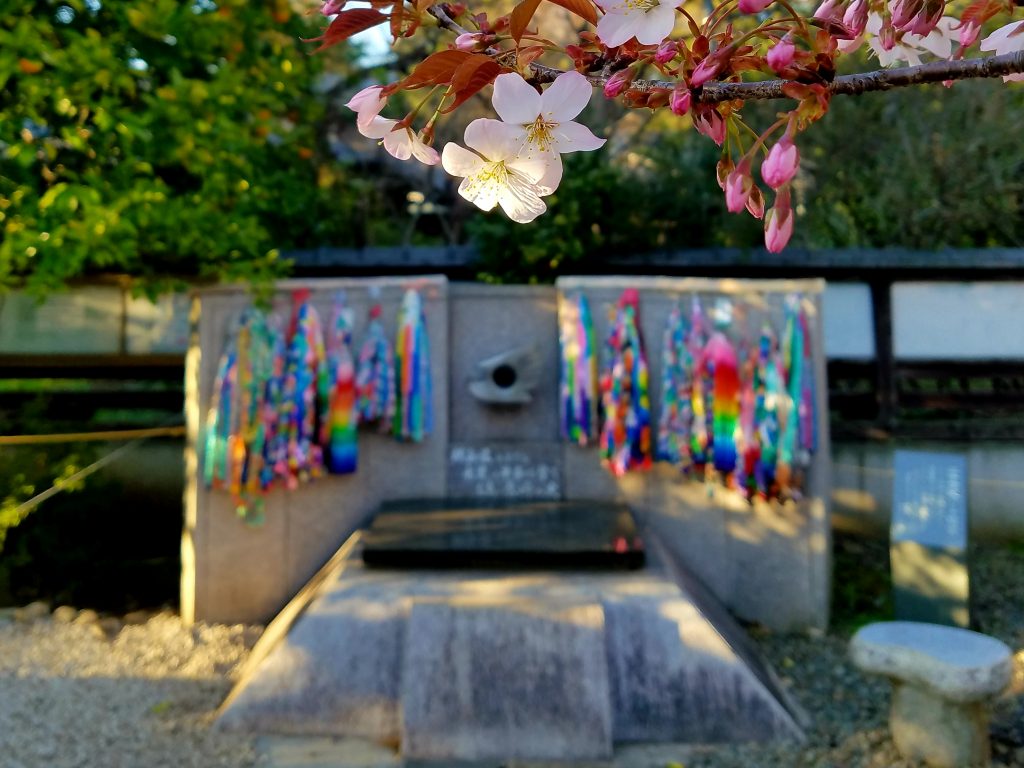 Sakura and Remembrance for Hiroshima and Nagasaki: “On August 6 1945, US forces dropped the world’s first atomic bomb on Hirroshima, and another on Nagaski on August 9, claiming the lives of hundred of thousands of people in an instant. Even now, many survivors are still suffering from the damage. Some time later, Tatsuo Yamamoto went to Hiroshima in search of his uncle, and found a flame of the atomic bomb burning in the ruins of his uncle’s house. He brought it back to Hoshino-mura, his hometown in Fukuoka Prefecture. He kept it burning in his house as a memento of his uncle and an expression of his resentment. But as the years went by, the meaning of the flame turned into a symbol of his desire for abolition of nuclear weapons and for peace. Hoshino-mura village built a torch and transferred the flame to it on August 6, 1968. It has been keeping the flame ever since as the flame for peace, with the support of the villagers. In 1988, a flame was taken from the torch and was merged with another flame lit by the friction of broken roofing tiles of Nagasaki. Along with 30 million signatures collected in support of the “Appeal from Hiroshima and Nagasaki”, it was carried to the Third Special Session of the UN General Assembly for Disarmament taking place in New York City. In April the same year, members of the “Shitamachi People Association” put forward the idea of lighting the flame in the precinct of Ueno Toshogu Shrine in Tokyo. Rev. Shozen Saga, the chief priest, warmly welcomed the proposal, and promised to set up a monument and work together to keep the flame burning. In April 1989, an “Association for the Flame of Hiroshima and Nagasaki Lit at Ueno Toshogu” was founded with the people of wide ranging people. Tens of thousands of people took part in the fundraising for over one year and the construction of the monument was completed on July 21, 1990. In commemoration of the 45th year of the A-Bomb tragedies, a flame of Hiroshima was taken from the Hoshino-mura and lit at the monument on August 6, and a flame of Nagasaki, generated by the friction of Nagasaki roofing tiles, was also added to the monument. We, hereby pledge to keep burning the A-bomb flame, convinced that this monument will contribute to strengthening the worldwide people’s movement to abolish nuclear weapons and achieve peace, which is the most urgent task for the people across the borders.” August 1990 – Association of the Flame of Hiroshima & Nagasaki lit at the Ueno Toshogu 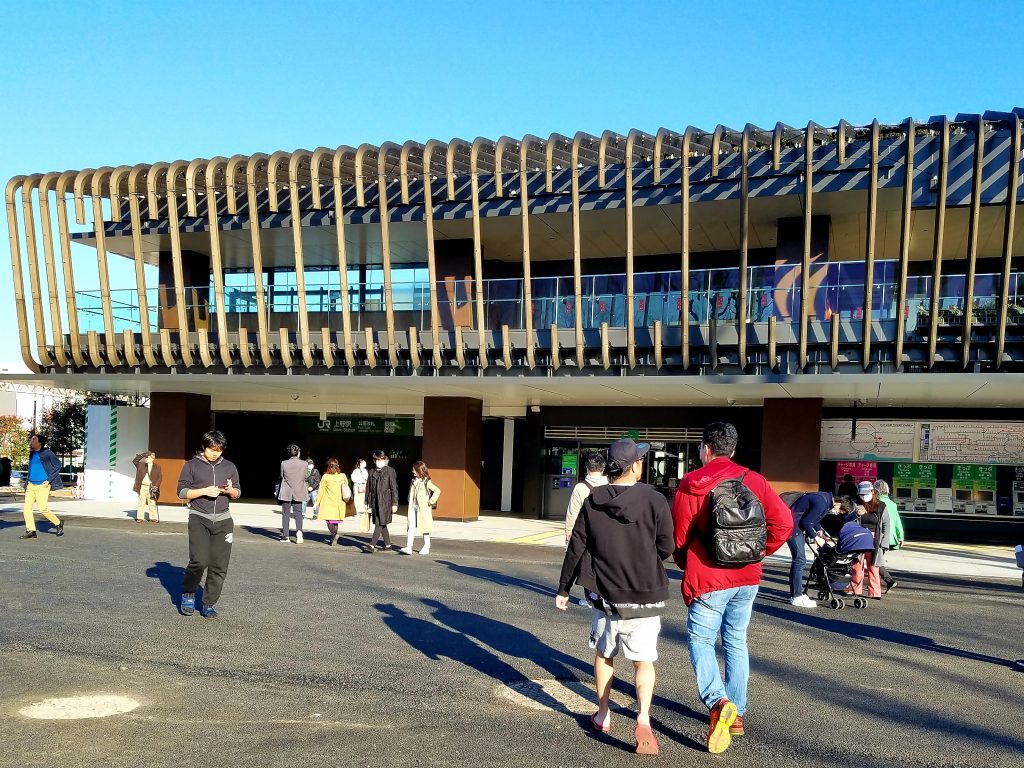 JR Ueno Station Park Gate New and Old: We love documenting things here at Maction Planet. Tokyo, the World’s Greatest Metropolis, is constantly changing and we like to record this evolution for posterity. Above is the new JR Ueno Station Park Gate, and below is the old. These are all part of widescale renovations to the station that have been taking place over the last few years and improve Ueno Park accessibility. The new gate and the changes to the road layout outside mean that pedestrians coming out of the gate do not have to cross the street before entering Ueno Park. We approve! 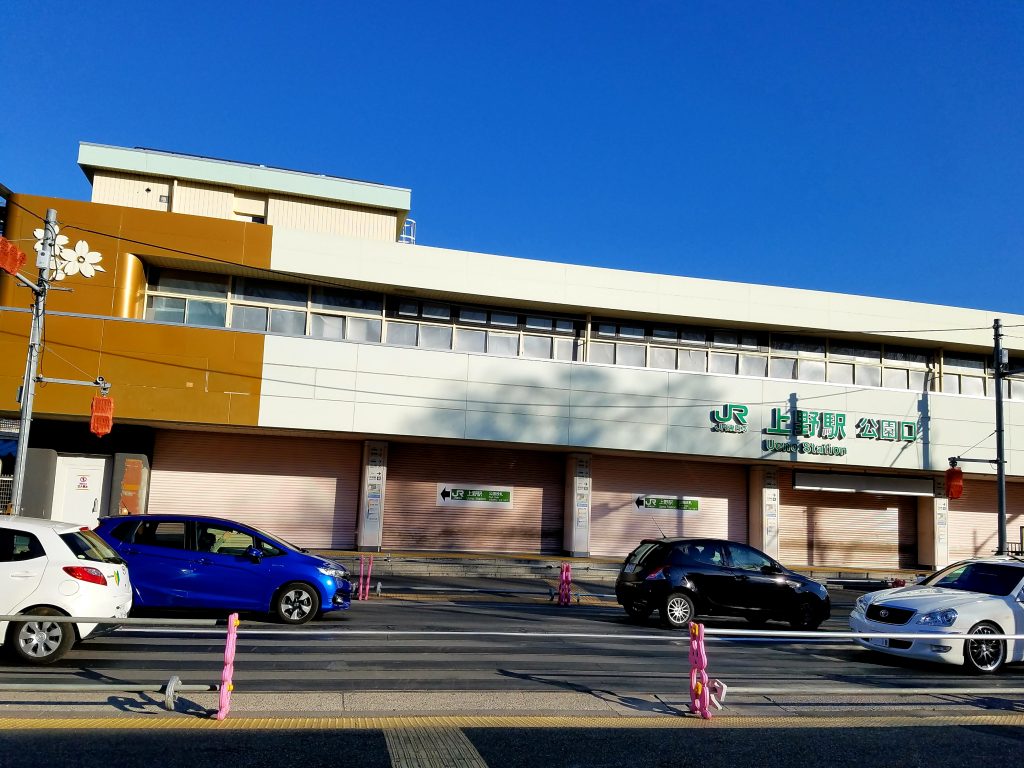