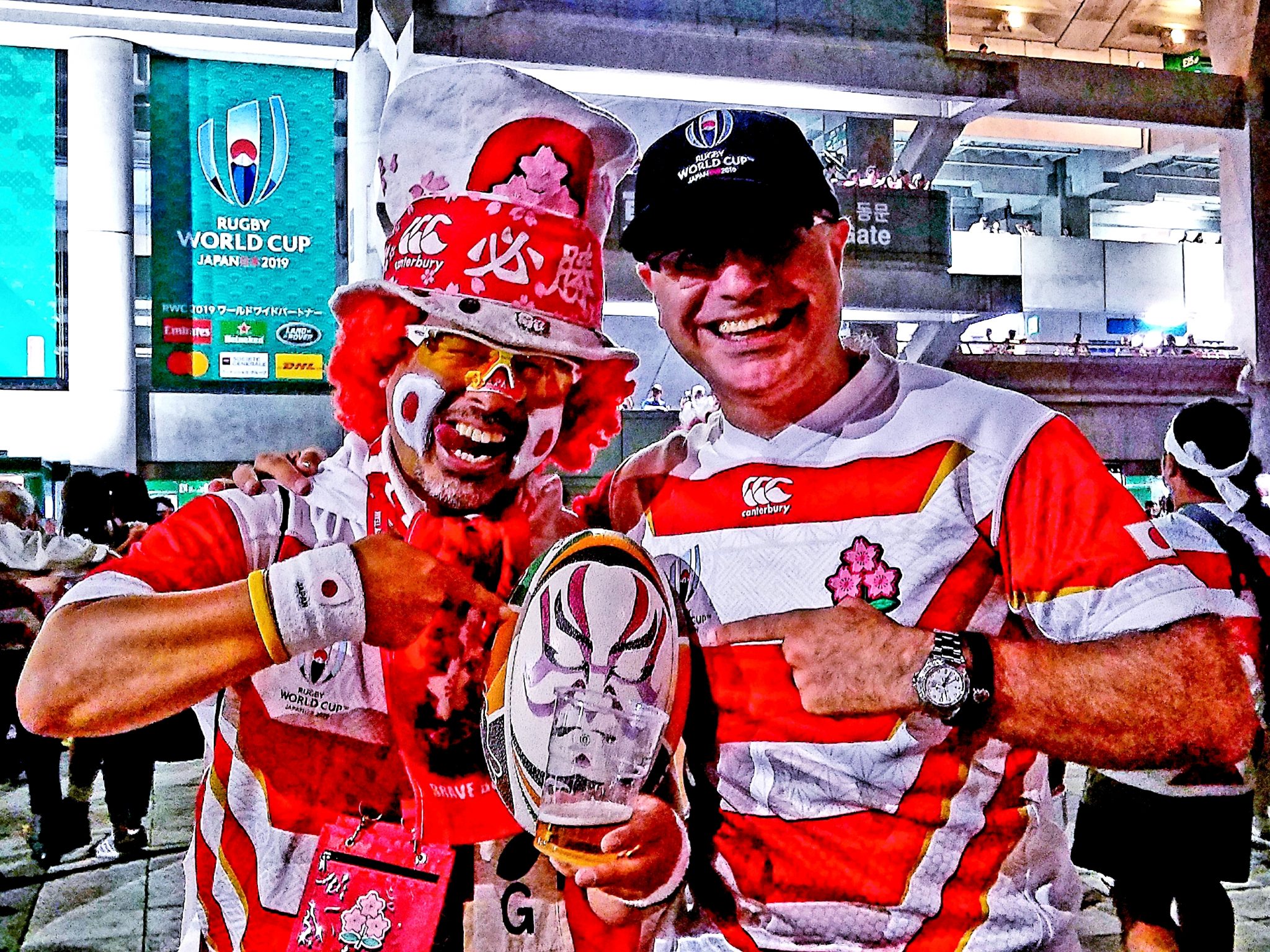 We begin the latest edition of This Week in Tokyo (and Yokohama) with a message of support, love and respect to the victims and those seriously affected by Typhoon #19 AKA Typhoon Hagibis.

Mac, our Founder and Lead Guide, was there to witness the final pool match of Rugby World Cup 2019 as Japan made history by reaching the Quarter Finals for the first time. Here he is with his perspective on this week: Faces of Victory – Japan vs Scotland; Margarethe; Sake tasting with Kelly and Brad; Brave and Breast Cancer Awareness Hachiko.

Featured image: Faces of Victory – Japan vs Scotland: It was the night the country needed after Typhoon Hagibis as Japan beat Scotland 28-21 in an end-to-end game at the Yokohama (Nissan) Stadium to secure their place in the Quarter Finals of the Rugby World Cup 2019, topping Pool A. They will now go on to face South Africa on Sunday 20 October in the Tokyo (Ajinomoto) Stadium. If you weren’t able to catch the action last Sunday, or just want to relive it, watch this:

Margarethe: This lovely work by Keita Tatsuguchi was on display from 20 September until 14 October at the his exhibition titled ‘NEXT’ which was held at the A/D Gallery in Roppongi Hills. Tatsuguchi’s work brings a sensitivity to modern Japanese cultural and fashion motifs such as Akihabara maids and his intricately detailed work cannot help but draw you in. ‘Margarethe’ would have set you back ¥1.4mn (plus tax). Some of my guests were tempted! 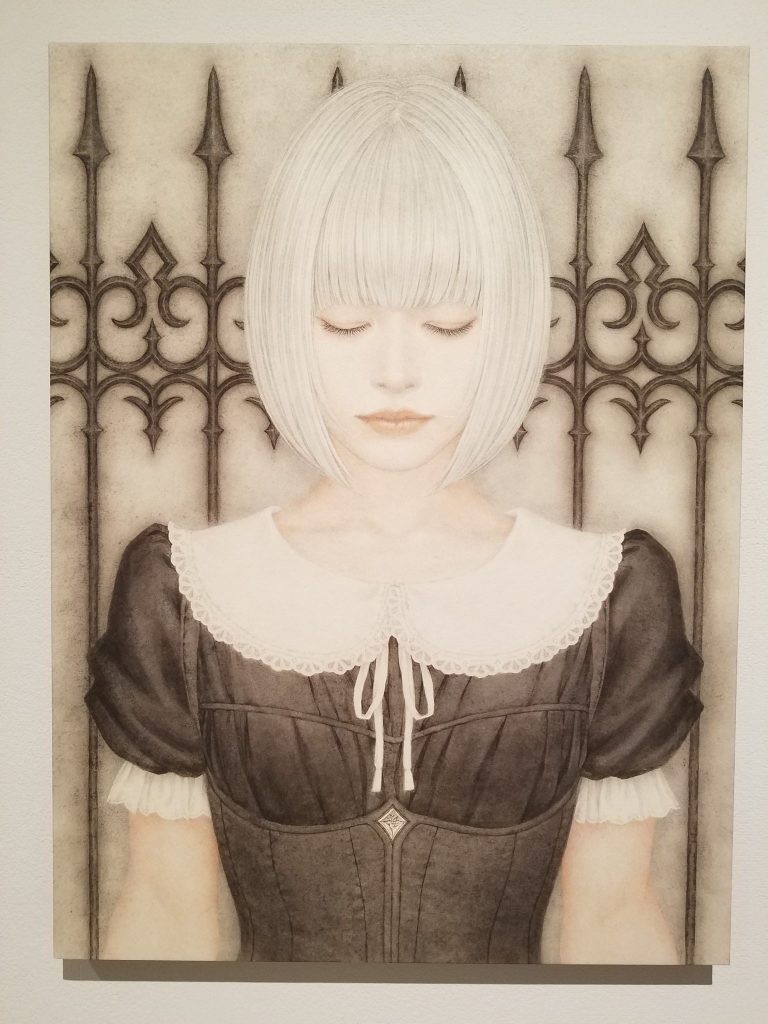 Sake tasting with Kelly and Brad: Did you know that Maction Planet can hold standalone Sake Tours and Tastings or incorporate them seamlessly into your touring? If you didn’t then I guess you do now! After a tour of temples, shrines and ramen and more Kelly, Brad and I turned our attention to Japan’s national drink in all its forms. Here we are holding up some glasses of Nigori. I am on a mission to introduce the world to this delicious cloudy beverage. Nigori, like ‘regular’ sake, is made by pressing the mash through a cloth sieve. In the case of nigori, this sieve is more porous which allows rice solids to remain in the drink. I think I found two new converts!

Brave: I am starting to wonder what the city was like pre-RWC2019. Everywhere you look there are Rugby-based adverts. Kelly, Brad and I even saw an official licensed Brave Blossoms Nihonshu. Mastercard are the official credit card of the tournament and their presence has been everywhere, like here adorned across the Metro Hat in Roppongi! 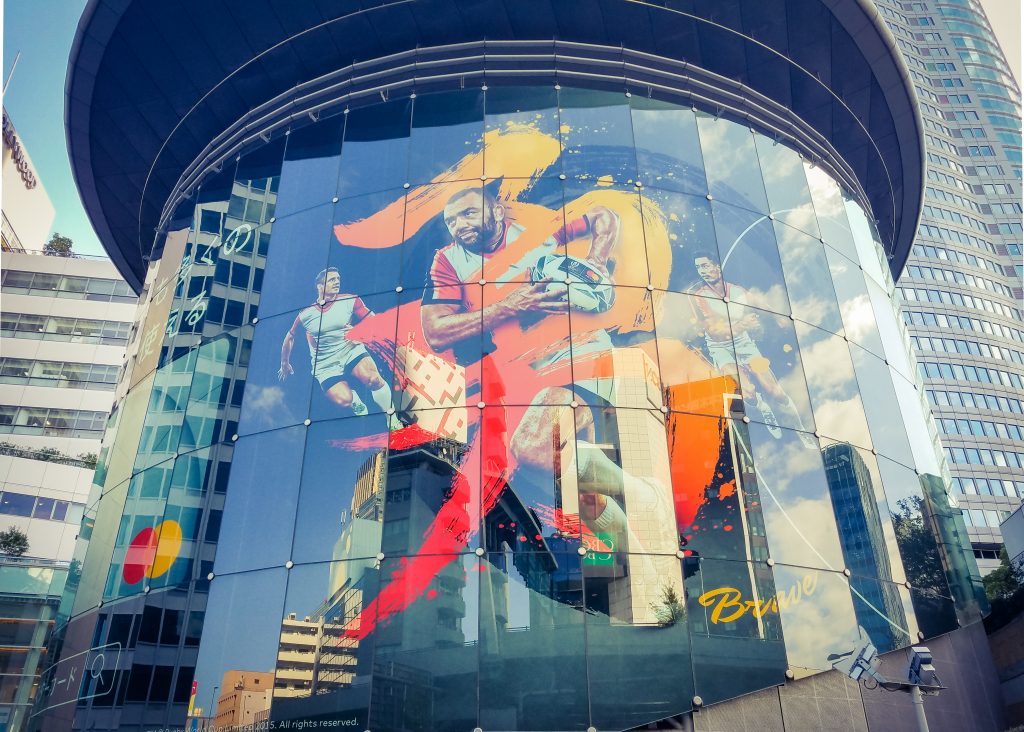 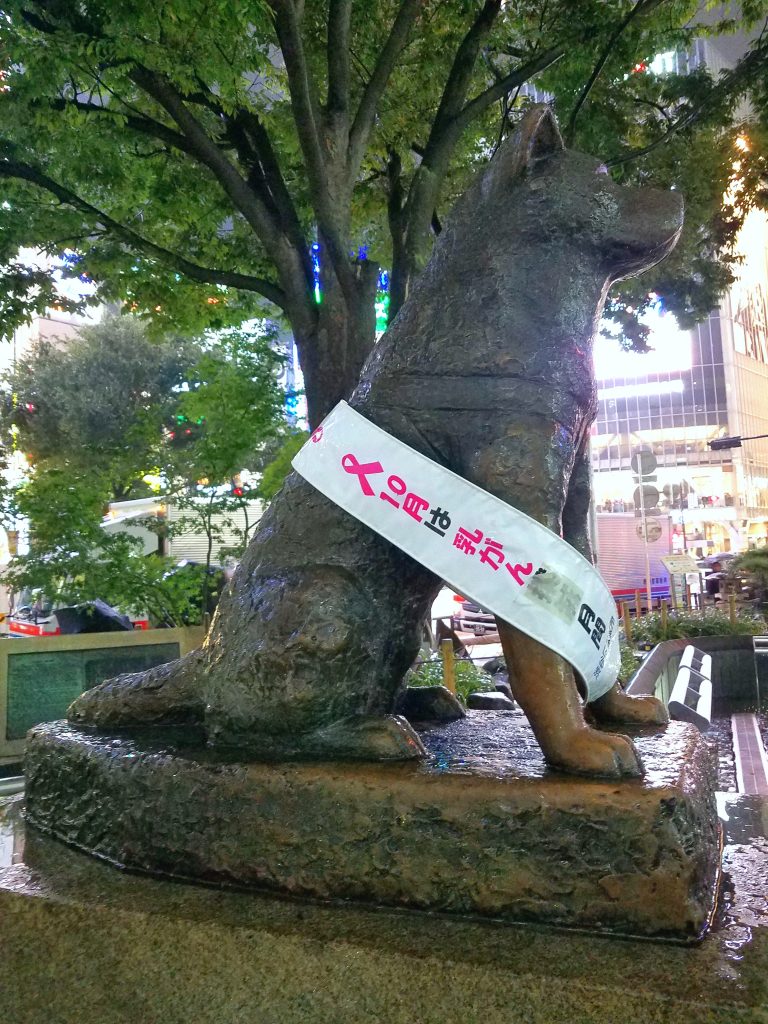