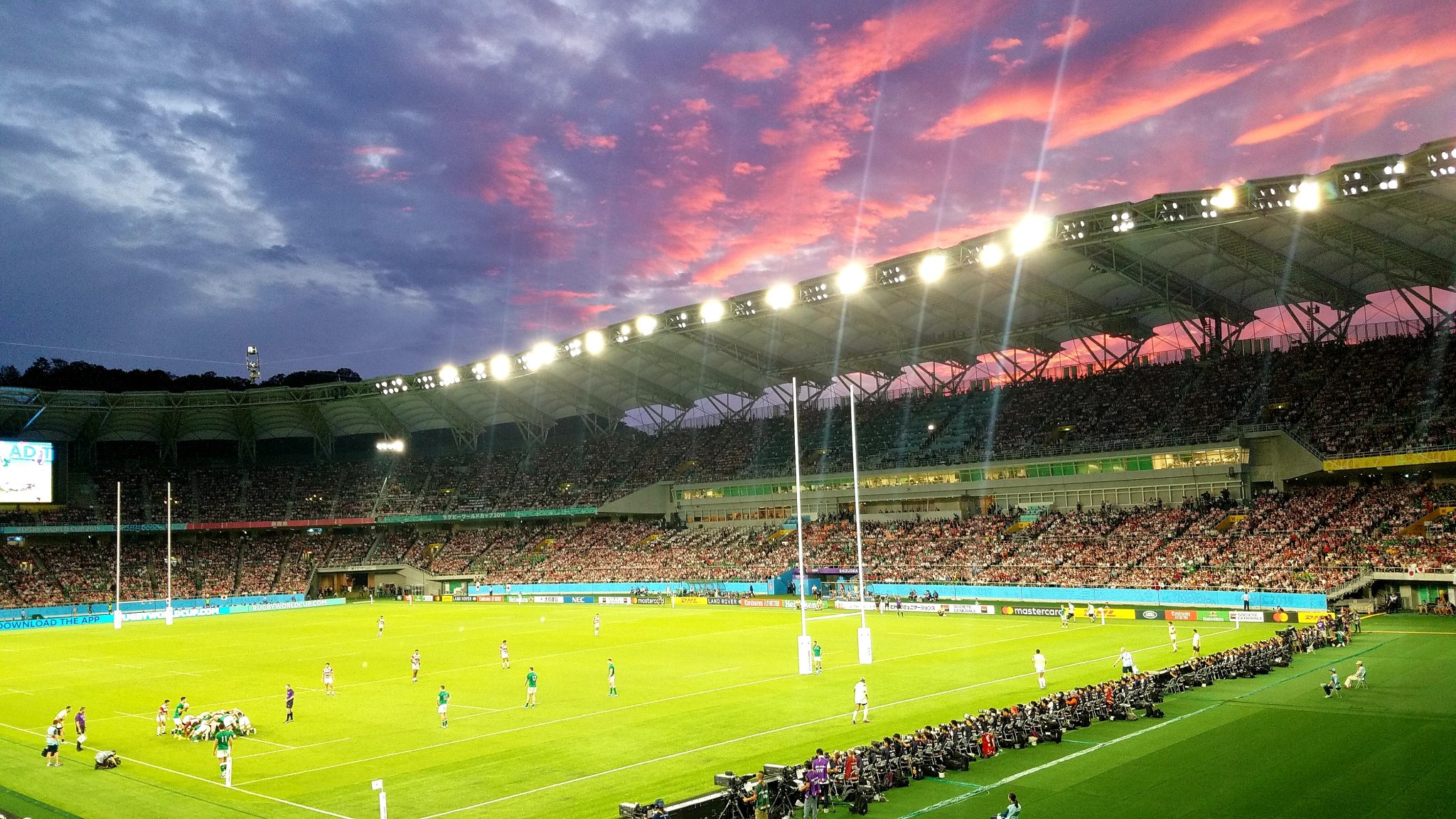 The latest edition of This Week in Tokyo (and Shizuoka) is dominated by Week 2 of Rugby World Cup 2019. Mac, our Founder and Lead Guide, was there to witness the Shock of Shizuoka as Japan beat Ireland in a cracking game of Rugby. Somehow he still managed to fit in making a 96 minute movie of the game, more Rugby, an All Blacks art exhibition and a book launch and the day job of a full week of Maction Planet Tokyo Private Tour Bookings. Now he’s back with his perspective on this week: Japan vs Ireland; Australia vs Wales; #CreatorsUnite; The Complete Guide to Japanese Drinks and Yakult x Swallows.

Featured image: Japan vs Ireland: On my way to Shizuoka Stadium Ecopa to watch Japan vs Ireland in the Rugby World Cup 2019 I hoped Japan would win but I didn’t expect it to happen. But win they did – 19-12 in an awesome game of Rugby. We made a 96 minute video of the incredible day, from leaving Tokyo to the end of the match. It received over 73,000 views in the first 36 hours of upload. Check it out here:

Australia vs Wales: I definitely hadn’t recovered from the antics of Saturday before it was time to head to the Tokyo Stadium for Australia vs Wales.  An end-to-end game saw Wales come out on top 29-25. Here’s a teaser photo for our video which is coming soon to the Maction Planet YouTube. Our YouTube subscriber base has quadrupled in the last two weeks and we reached 100K views on a video for the first time today! Expect to see a lot more on the YouTube platform from us in future so subscribe today! 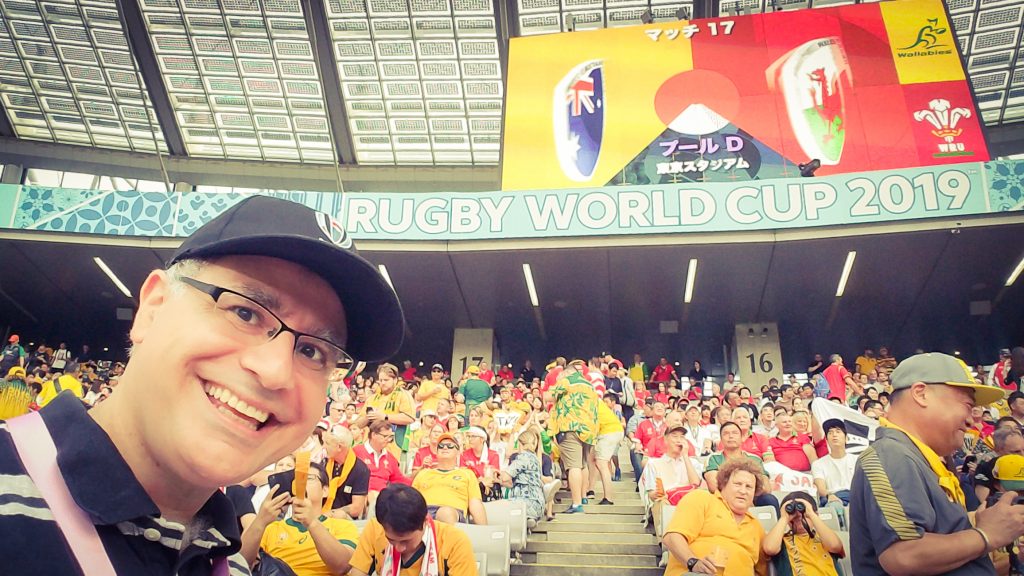 #CreatorsUnite: On Friday 27 September, after a lovely day guiding the Cartwrights, I headed to Shibuya to check out the #CreatorsUnite: All Blacks Art Exhibition at Adidas Shibuya Studio. If you missed it, you can check out what all the fuss was about in the video below:

The Complete Guide to Japanese Drinks: It was an honour to be invited to the pre-release part for “The Complete Guide to Japanese Drinks” tonight at Baird Beer’s Nakameguro Taproom. The book does not officially release in Japan until October 27, but lucky attendees were able to get their copy nearly a month early by attending this first public release party and the only release party currently scheduled in Tokyo. Appropriately October 1st is Sake Day. The author, Stephen Lyman (centre), was there to sign copies and answer questions along with fellow drinks nerd and Maction Planet Sake and Shochu guide Christopher Pellegrini. Best of luck to Stephen and co-author Chris Bunting with the full launch. 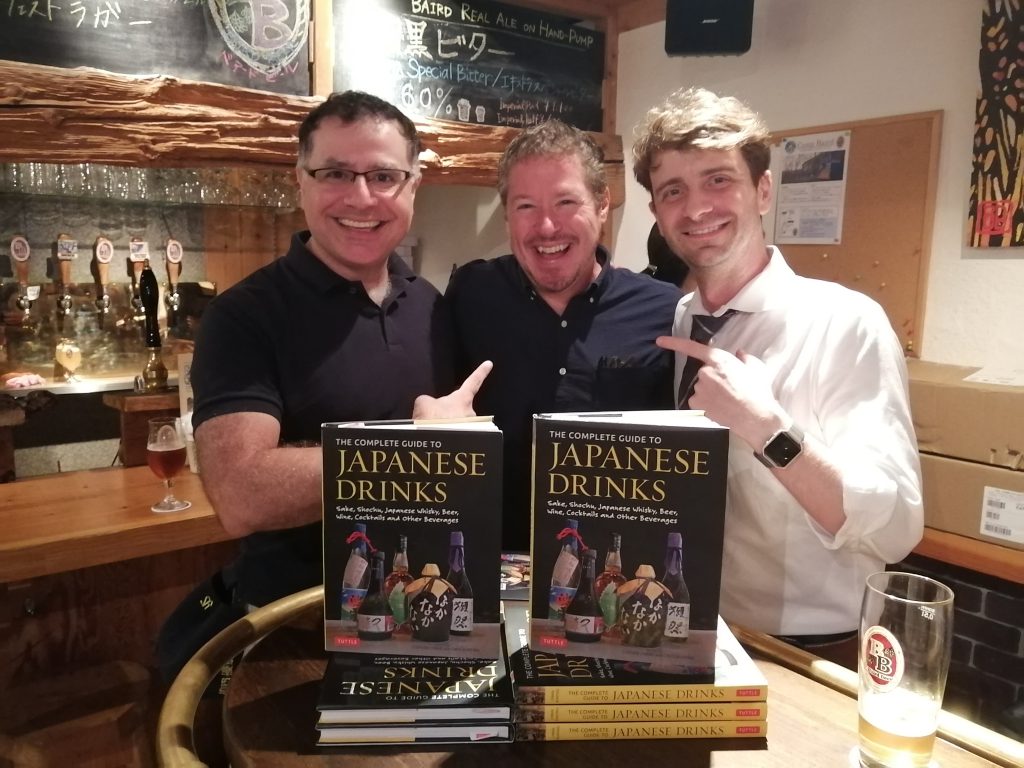 Yakult x Swallows: My guests Joerg and Annegret and I were strolling down Ameyoko  today when we bumped into a Yakult Onesan. She recognised my Tsubame (Swallows) cap and thanked me for my service. This flattering chat was lucrative for her as I treated my guests to some Yakult 1000. A photo was required! 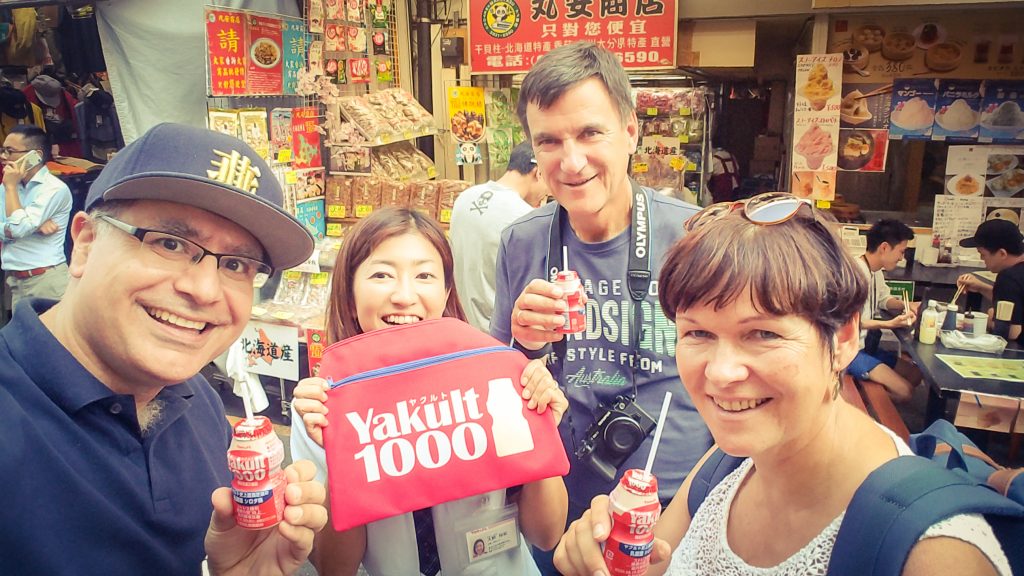