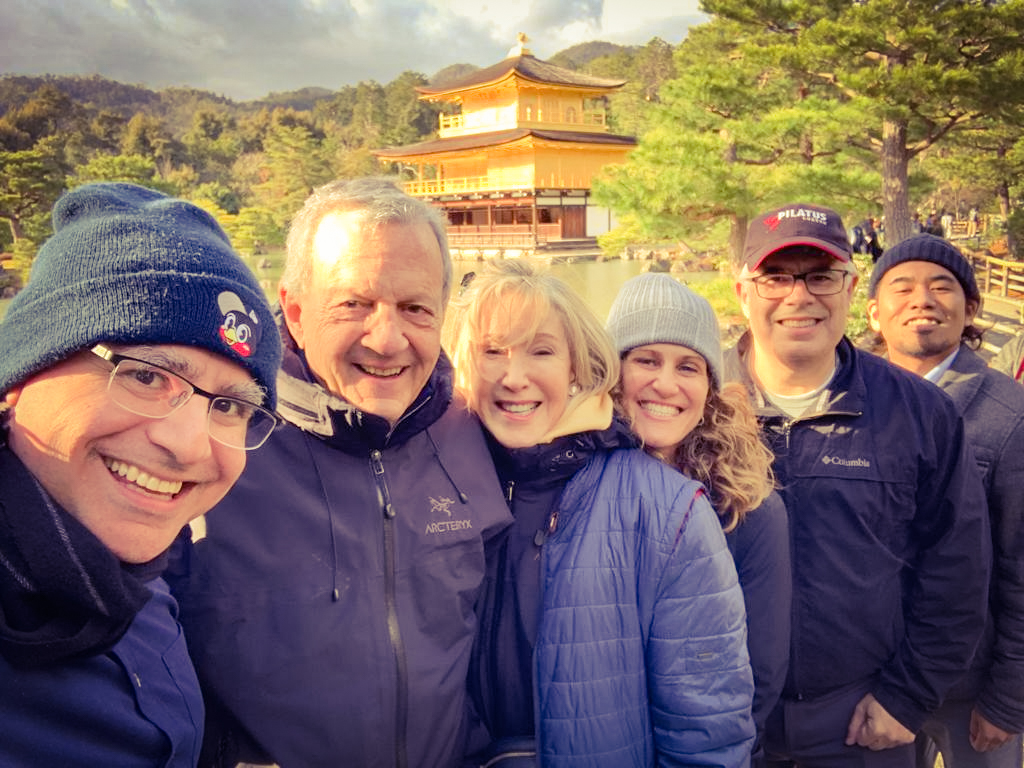 Welcome to the second ‘This Week in Tokyo’ of the decade! ‘This Week in Tokyo’ is a review of the Maction Planet week that was and a look ahead to what’s coming up in the city. Check out photos from our tours and read insights into our explorations as we get under the skin of the World’s Greatest Metropolis, and beyond. This week’s edition is hosted by Mac, our Founder and Lead Guide. This week: Everyone’s Golden at Kinkakuji; Like a Rolling Snowball; Tanuki Tug of War; Tokyo Auto Salon 2020 and Coming-of-Age Day 2020!

Featured image – Everyone’s Golden at Kinkakuji: It was pleasure guiding Doug, Maureen, Jaime and Menashe in Tokyo and Kyoto from 6-11 January. We took a day trip from Tokyo to Kyoto on 8 January and had perfect condition at the Golden Temple, where I snapped this selfie of us with our driver, Kosuke. Doing Kyoto from Tokyo as a day trip is entirely possible for those who are short of time or do not want to deal with accommodation moves. With a good guide and driver, the highlights, including a lovely lunch and great dinner, can be fitted into one day! 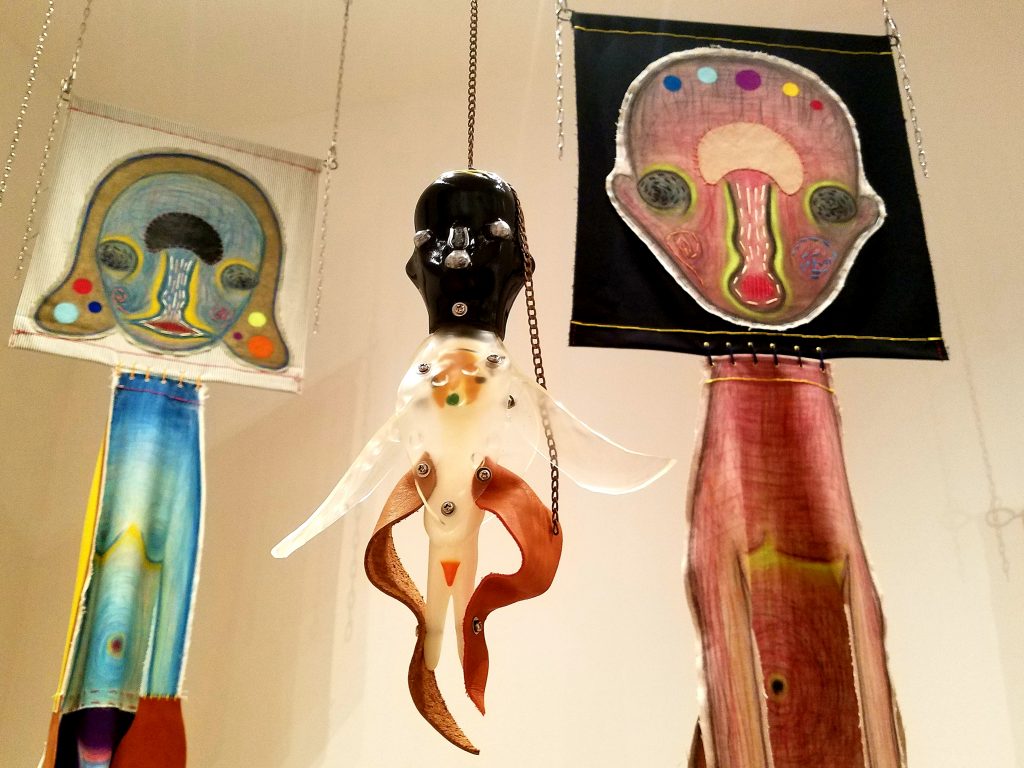 Like a Rolling Snowball: Izumi Kato’s first major solo show at an art museum in Tokyo ended on 13 January 2020. It featured roughly 30 of his most recent works demonstrating the full range of his creativity, from oil paintings and wooden sculptures to large-scale installations fashioned of soft vinyl, stone, and cloth. Izumi Kato is known for his powerful and mysterious depictions of human-like figures with a primordial twist – primal, powerful, and puzzling. Kato’s career started as a painter in the mid-1990s. He began making wooden sculptures from the 2000s. His participation in the Venice Biennale in 2007 and subsequent critical renown propelled his career on the international stage. In 2018 he held a solo show at the Red Brick Art Museum in Beijing. His latest works have involved installations incorporating varied materials such as stone and fabric, and more recently, printmaking. Two exhibitions of his work were held simultaneously, one at each branch of the Hara. Hara Museum ARC in Gunma Prefecture held a huge retrospective of Kato’s 25-year career consisting of about 100 pieces that include many well-known pieces as well as never-before-shown items from the artist’s own collection. Several of our guests enjoyed the show, whether on a specialist ARTOKYO tour or just part of their fully-customised Tokyo Private Touring Experience!

Tanuki Tug of War: The excellent ‘Images of Asia’ Exhibition is over at the Tokyo Metropolitan Teien Art Museum. The highlight for me was Yamagata Yoshikazu’s ‘Tug of War’ installation in Gallery 2, which he titled ‘Tug of War’. The work presented one scene in a tug of war between tanuki as they got entangled in a huge rope stetching from an enormous spool of thread. The piece is an incredible unravelling (pun intended) of Japanese history as Yamagata takes a look at the events of the 1970s when US pressure on Japan’s booming textile industry became intertwined with the Japanese government’s desire to see the retrocession of Okinawa to Japan. The ‘nawa’ of Okinawa mean rope. All this came together in this magnificent installation which proved a huge hit amongst my guests but of which there was almost zero media coverage except for this post I am writing now! 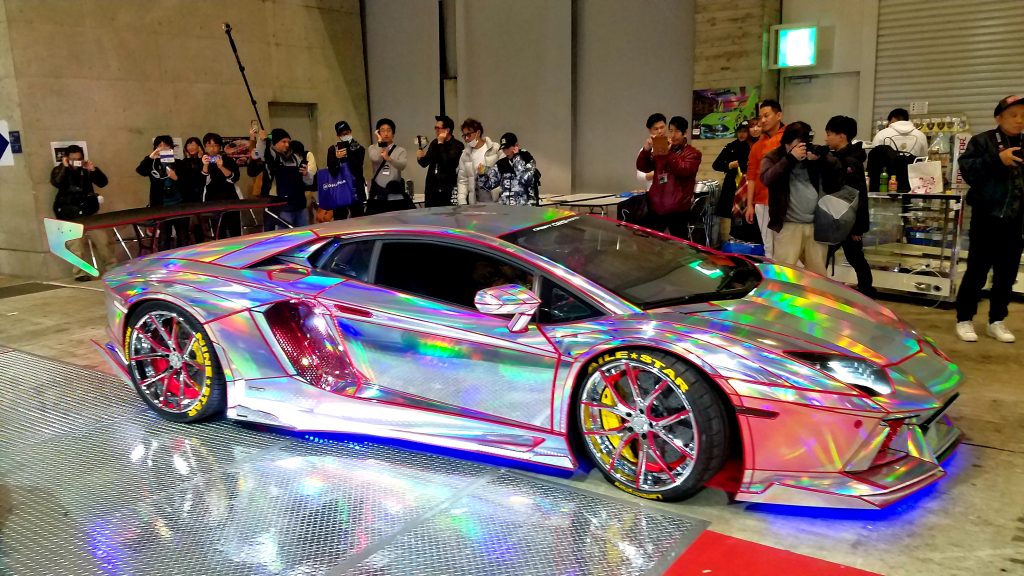 Happy Coming-of-Age Day to everyone in Japan who is heading into their 20s from everyone at Maction Planet! #成人の日

Coming-of-Age Day 2020: 13 January 2020 was Coming-of-Age Day  in Japan (成人の日, seijin no hi). It is a Japanese holiday held annually on the second Monday in January in order to congratulate and encourage all those who have reached or will reach 20, the age of maturity, between 1 April of the previous year and 31 March of the current year, and to mark their realisation of adulthood. Festivities include coming of age ceremonies (成人式, seijin shiki) held at city and prefectural offices, as well as shrine visits and parties with friends and family. I snapped this video while waiting for friends who were attending the ceremony at Yokohama Arena. Happy Coming-of-Age Day to everyone in Japan who is heading into their 20s from everyone at Maction Planet!