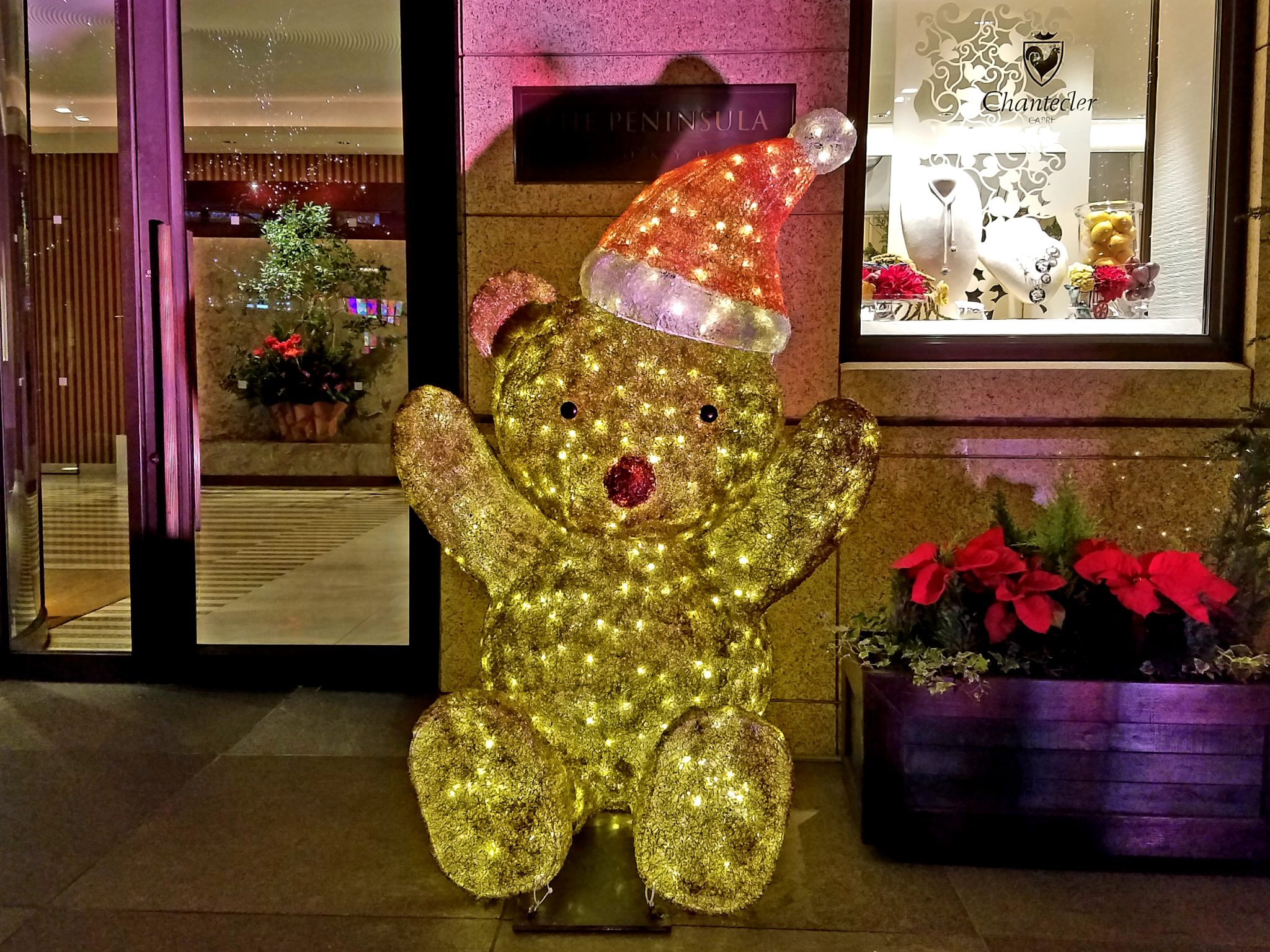 MERRY CHRISTMAS! A special festive edition of This Week in Tokyo and Kyoto. Check out photos from our tours and read insights into our explorations as we get under the skin of the World’s Greatest Metropolis, and beyond. This week’s edition is hosted by Mac, Founder and Lead Guide of Maction Planet, who has been guiding across the country as part of a fully-booked holiday period for Maction Planet. This week: Peninsula Pagebear; Tea Christmas Tree; Arashiyama Yuzuyu; Backstreets Snowman and the Unoriginal Recipe!

Featured image – Peninsula Pagebear: The Peninsula in Hong Kong was the first hotel in Asia to have pageboys. The Peninsula pageboy teddy bear, ‘Pagebear’, is inspired by these doormen. Usually Pagebear is seen donning their white uniforms, shining gold buttons and pillbox hats bearing the hotel’s name. I spotted him outside the Peninsula in Tokyo on 24 December after dropping my guests off following a day of sushi, baseball, imperial and kabuki-related experiences. Given the temperature, I suspect he wishes he had his uniform on! 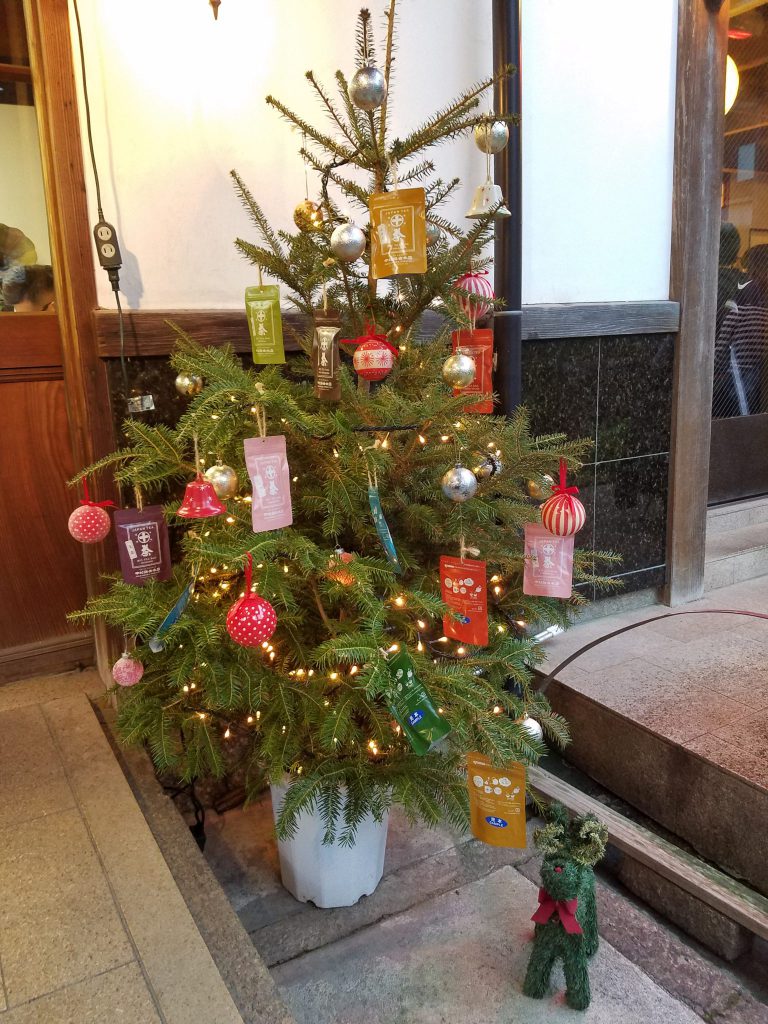 Tea Christmas Tree: Founded in 1854, Nakamura Toukichi has been a big part of the tea scene in Uji since they were founded. Their tea isn’t just good for drinking, it is also good for decorating Christmas Trees with, as you can see is ‘Exhibit A’ here outside their cafe honten, which was formally a tea factory in the Meiji and Taisho periods. 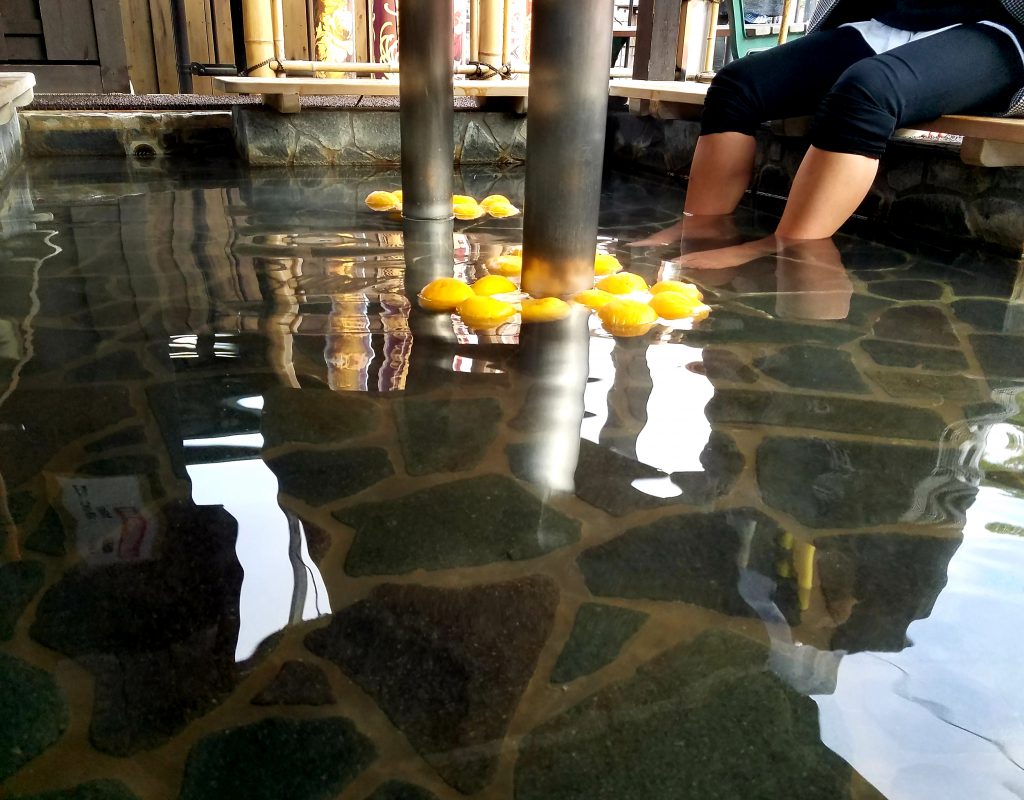 Arashiyama yuzuyu: The Japanese practice of bathing with yuzu on the Winter Solstice, the shortest day of the year, is said to guard against colds, treat rough skin, improve digestion, warm the body and relax the mind. Yuzu is a lemon-like native Japanese citrus full of vitamin C, A, calcium and citric acid. This year the solstice fell on Saturday 22 December so after an afternoon exploring Arashiyama with my guests there was no better way for us to relax than at the ashiyu (footbath) at Randen Arashiyama Station which was filled with the bright yellow fruit. After we conducted this experiment in the interested of science, we were able to confirm the restorative powers mentioned above and were ready to power on into the Kyoto night! 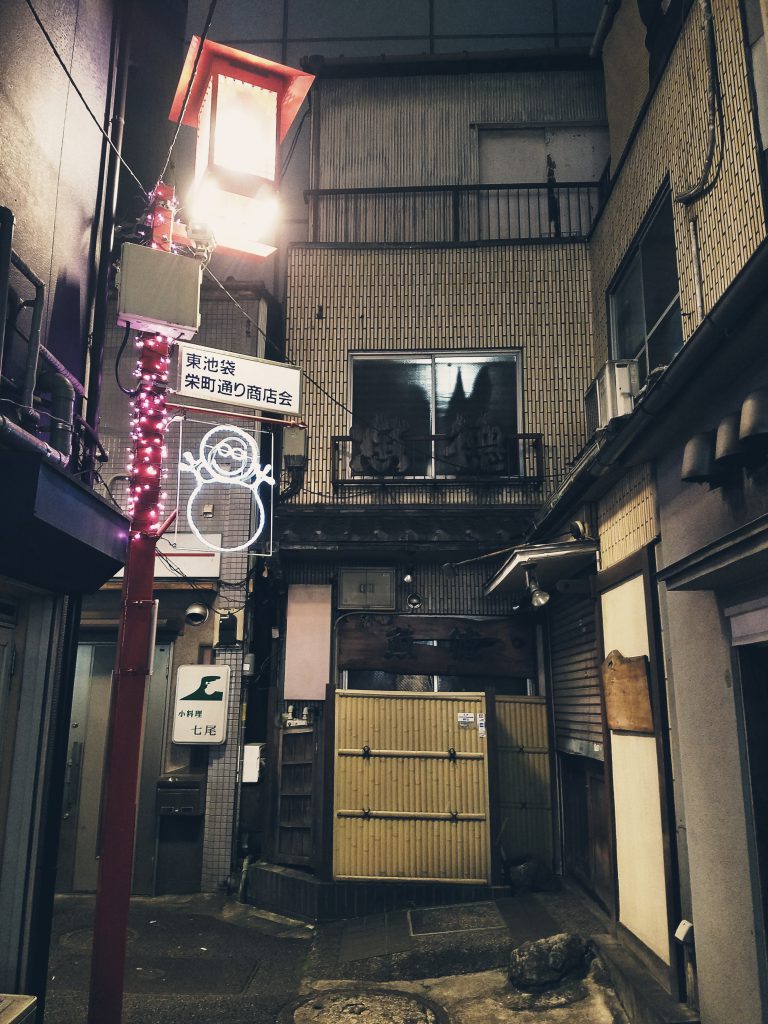 Backstreets Snowman: The Christmas spirit is everywhere right now in Tokyo, including this most random of side alleys in the backstreets of Higashi-Ikebukuro. I took this photo after dropping off guests at their hotel on our second day of touring together, and I love how it came out. It looks like a movie set of a Tokyo back alley!

Unoriginal Recipe: The biggest Christmas tradition in Japan is eating KFC. Maction Planet Resident DJ Royce Leong and I discussed the origins of this remarkable custom in Tokyo ON #027, which you can listen to here. The Colonel’s influence has reached far and wide and many have tried to get in on the action. Here is the scene from a Seven-Eleven in Hibiya on Christmas Eve. The sign promises ¥20 off any purchase of four pieces made from 20 December to 25 December. As the saying goes, beware of imitations.