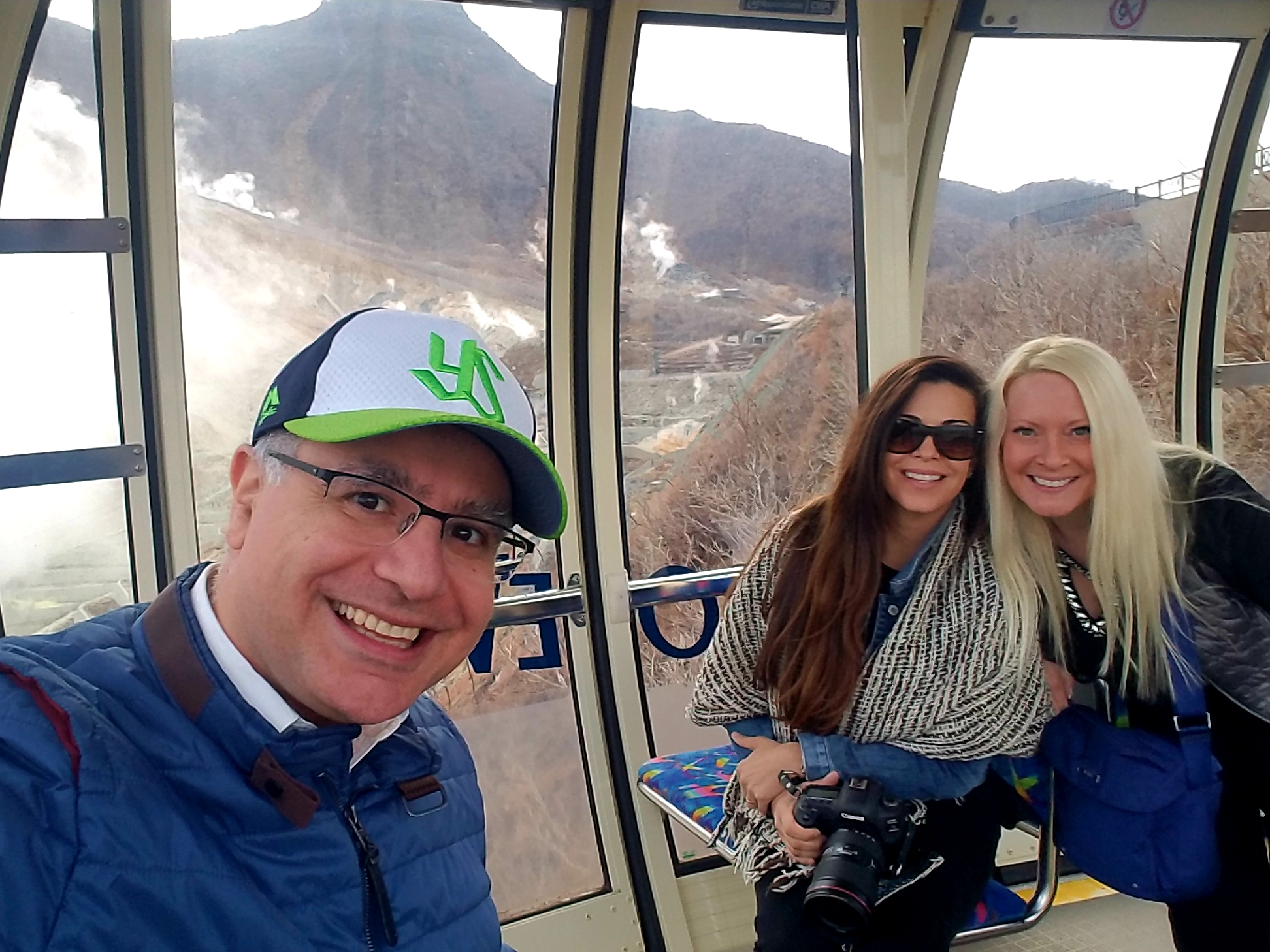 The latest  ‘This Week in Tokyo (and Hakone)’, the first Rugby-free edition for some time ! Enjoy our review of the Maction Planet week that was and a look ahead to what’s coming up in and beyond the city. Check out photos from our tours and read insights into our explorations as we get under the skin of the World’s Greatest Metropolis, and beyond. This week’s edition is hosted by Mac, our Founder and Lead Guide. This week: Maction Planet Private Ropeway; Glistening Ashiko; Petronella, Marjoleine, Martinus, Hachiko and Mac; Keio Plaza Hotel Autumn 2019 Ikebana and The Principle Shines on Tokyo!

Featured image – Maction Planet Private Ropeway: Jaime and Renata were very impressed when I managed to arrange a private cable car booth to take us over the volcanic activity of Owakudani in Hakone!

Glistening Ashiko: I have conducted two day trips to Hakone this past week and Lake Ashiko has looked magnificent on both. Here she is seen through the ‘floating torii’ of the Hakone Shrine. 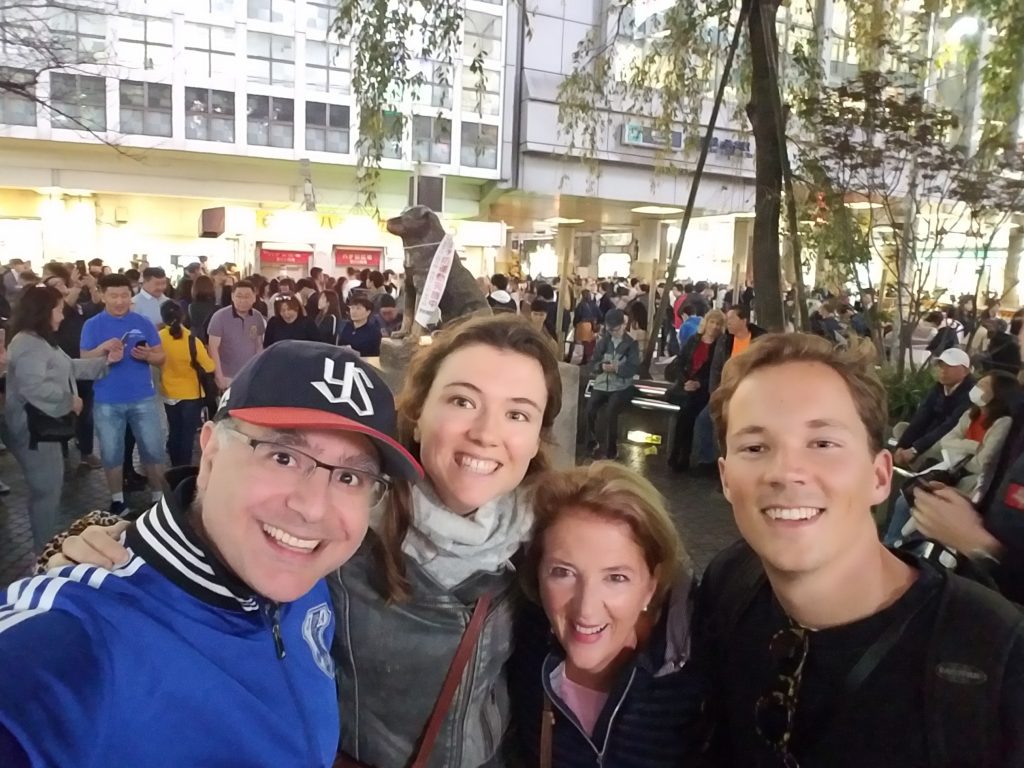 Petronella, Marjoleine, Martinus, Hachiko and Mac: It was an honour to guide these incredible guests from Holland around Tokyo. I was headhunted for the job thanks to the humbling reviews Daphne Deckers and Richard Krajicek gave to their travel agent on their return to the Netherlands. Many thanks to them and thank you to all our guests for their incredible support before, during and after to their visits to the World’s Greatest Metropolis. We continue… 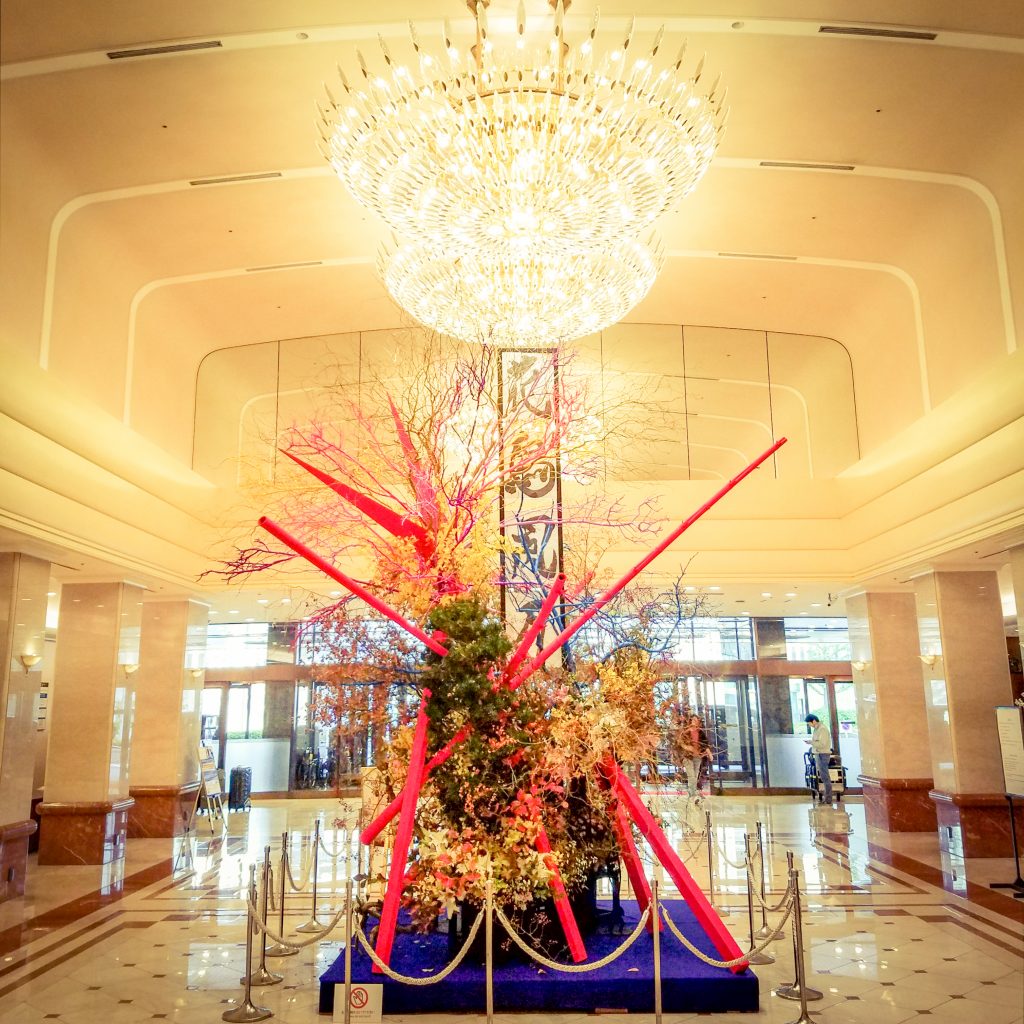 Keio Plaza Hotel Autumn 2019 Ikebana: I have featured hotel ikebana arrangements before, but rarely are they as spectacular as what greeted me picknig up guests in the lobby of the Keio Plaza Hotel in Shinjuku this week . Renowned artist Hiroki Maeno creates a 5-metre arrangement for them four times a year. Maeno’s work transcends the boundaries of Ikebana and he has been given a guild name “Hana-Takumi Maeno” or “Flower Artisan Maeno” in recognition of his extreme talents and abilities. He is also known as a “Flower Arrangement Architect” because of the scale of his arrangements. He has created flower arrangements for the APEC Energy Meeting held in Kyoto, the 1300 Year Anniversary of the Jinguji Temple, television programs and plays. This particular piece was on display from 26 October to 10 November and I was lucky enough to catch it. 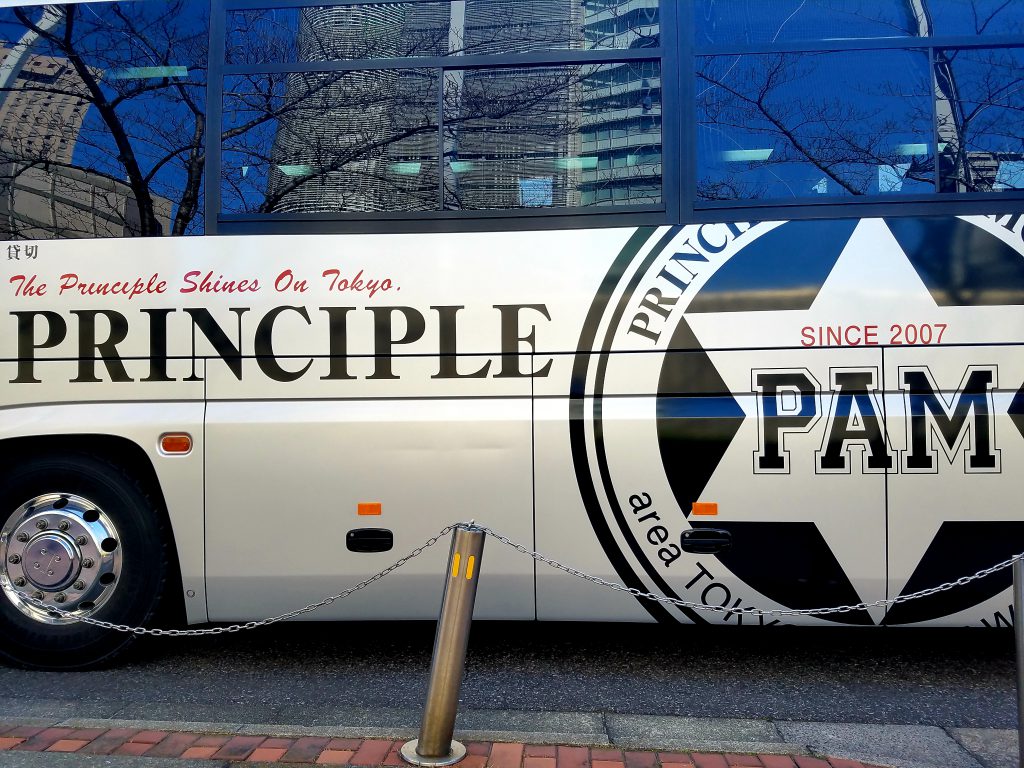