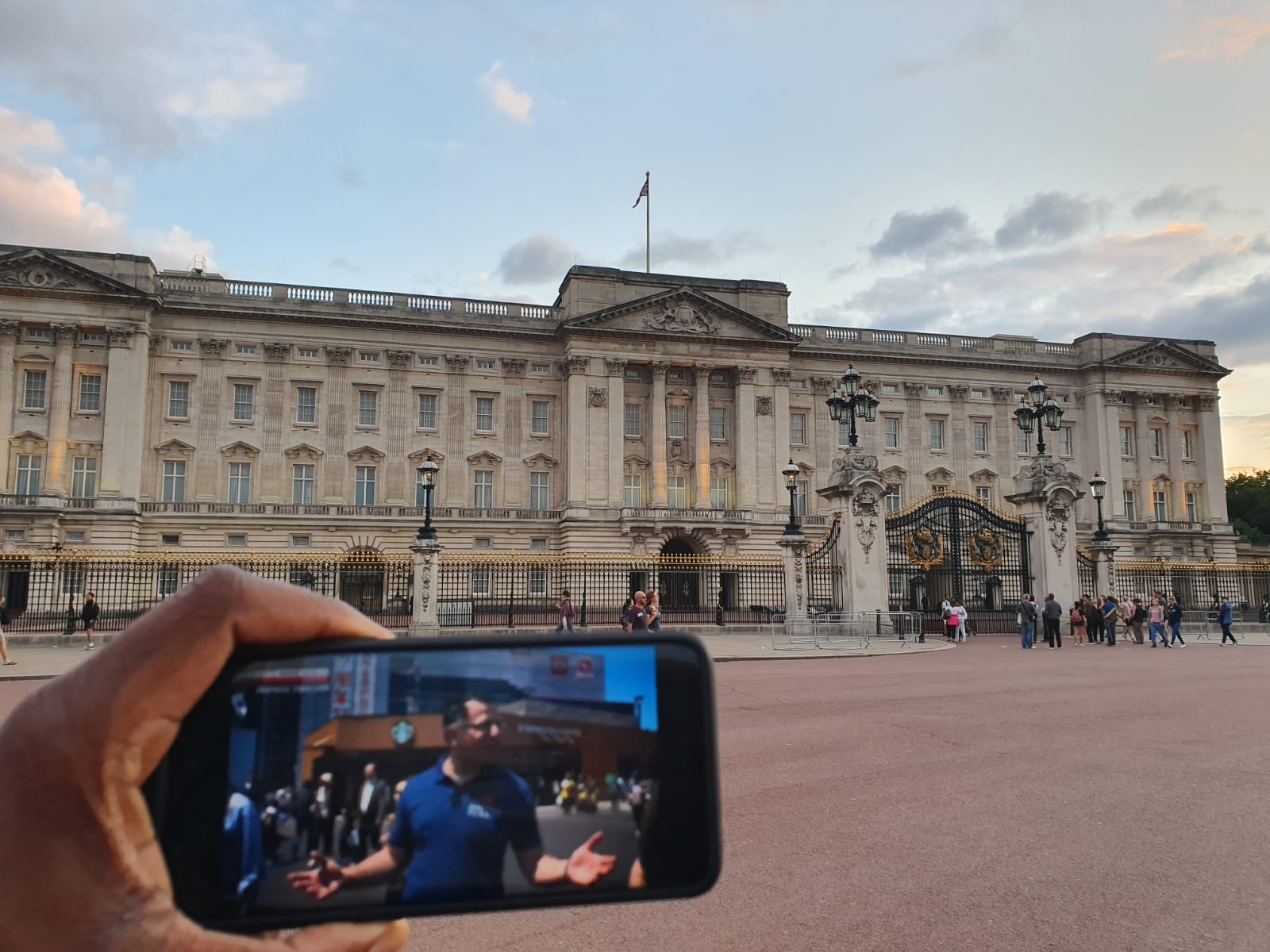 26 June 2019 is a date that will go down in Maction Planet history as our TV debut! Mac, our Founder and Lead Guide, was headhunted by NHK to be the tour guide in their new show ‘Triangle Thrillers’. It’s available on NHK WORLD on demand until 26 June 2020 here!

The show follows 3 foreigners, a lawyer (Rich), a photographer (Jeff), and a tour guide (Mac) as Mac leads them across Osaka. From cheering alongside passionate baseball fans at Hanshin Koshien Stadium, to interacting with Osaka Prefecture’s friendly merchants and everyday people in Japan’s longest shopping arcade, the trio wander into a number of fascinating situations and discover the wonders of western Japan’s largest city and the warmth of its people.

The reaction from the worldwide Maction Planet family has been incredible. Over the last week we have been inundated with photos of fans watching the show around the world. In honour of this, this week’s edition of ‘This Week in Tokyo’ goes global as we showcase our favourite shots! Thank you always for your outstanding support from the entire Maction Planet team. We continue… 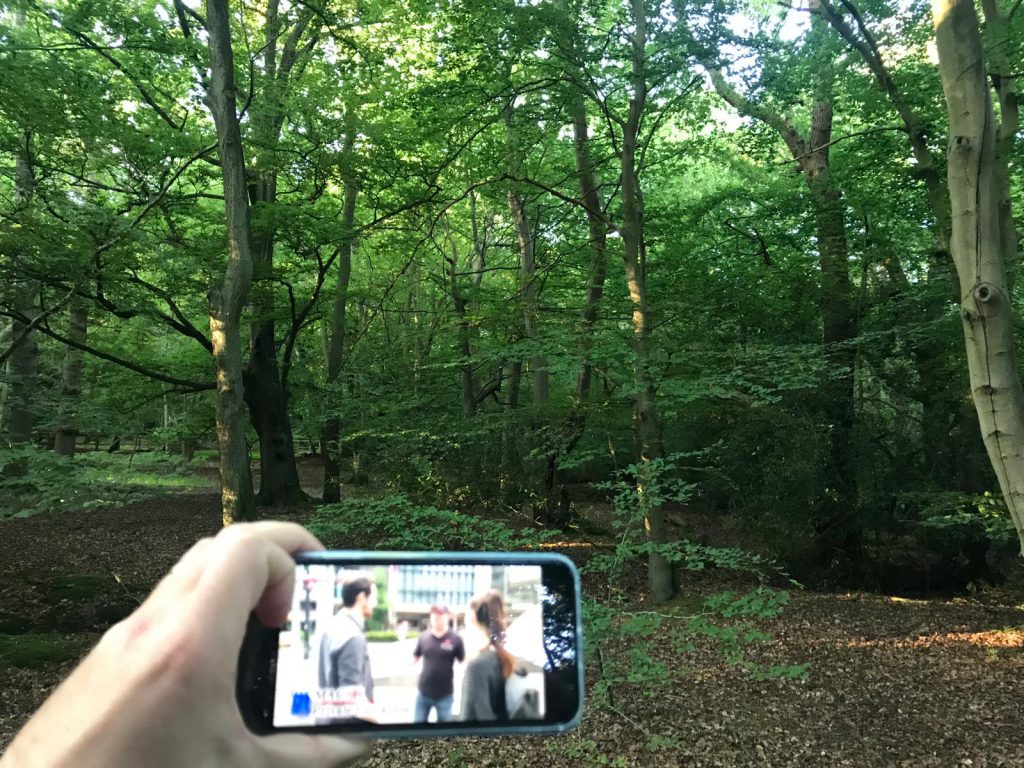 Epping Forest, Essex, UK: Mike, one of Maction Planet’s first ever reviewers on TripAdvisor, clearly needed some entertainment as he hiked through Epping Forest, which straddles the border between Essex and London in the UK. What better than ‘Triangle Thrillers’ to help idle away 15 minutes and help spark dreams of a return to Japan? 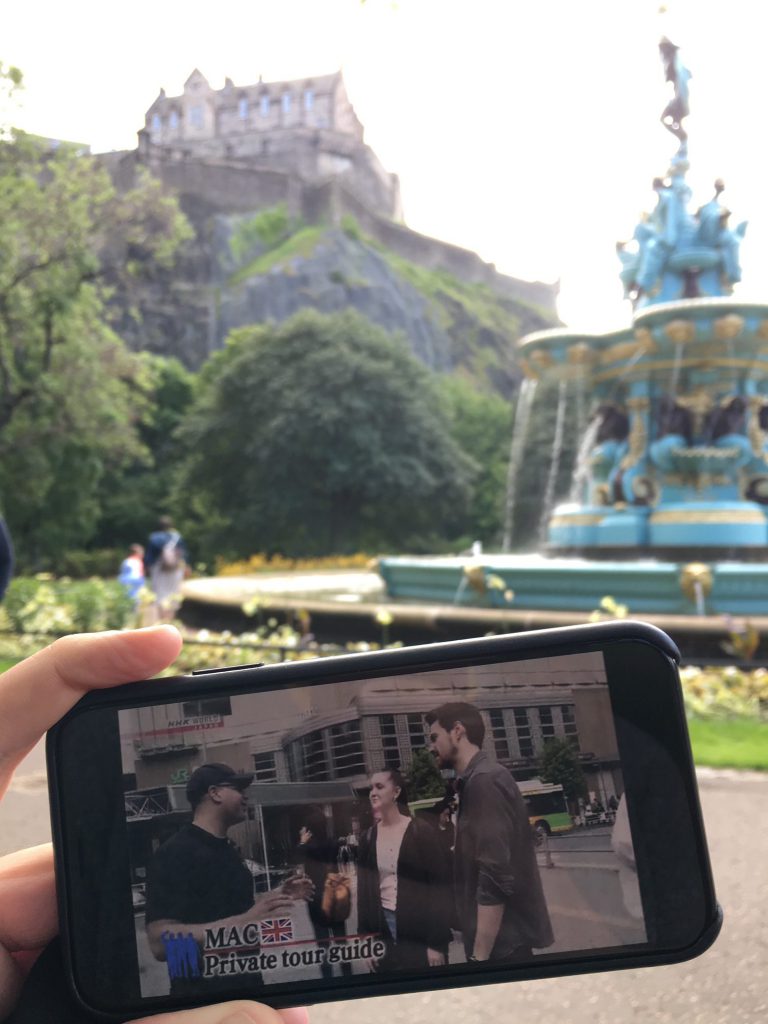 Edinburgh, Scotland, UK: Edinburgh is one of Mac’s top cities (after 108 countries of travel) and he has written about some his adventures there on our blog. He was excited to see this shot sent in by Stu of ‘Triangle Thrillers’ in front of one of his favourite buildings in the world, Edinburgh Castle! 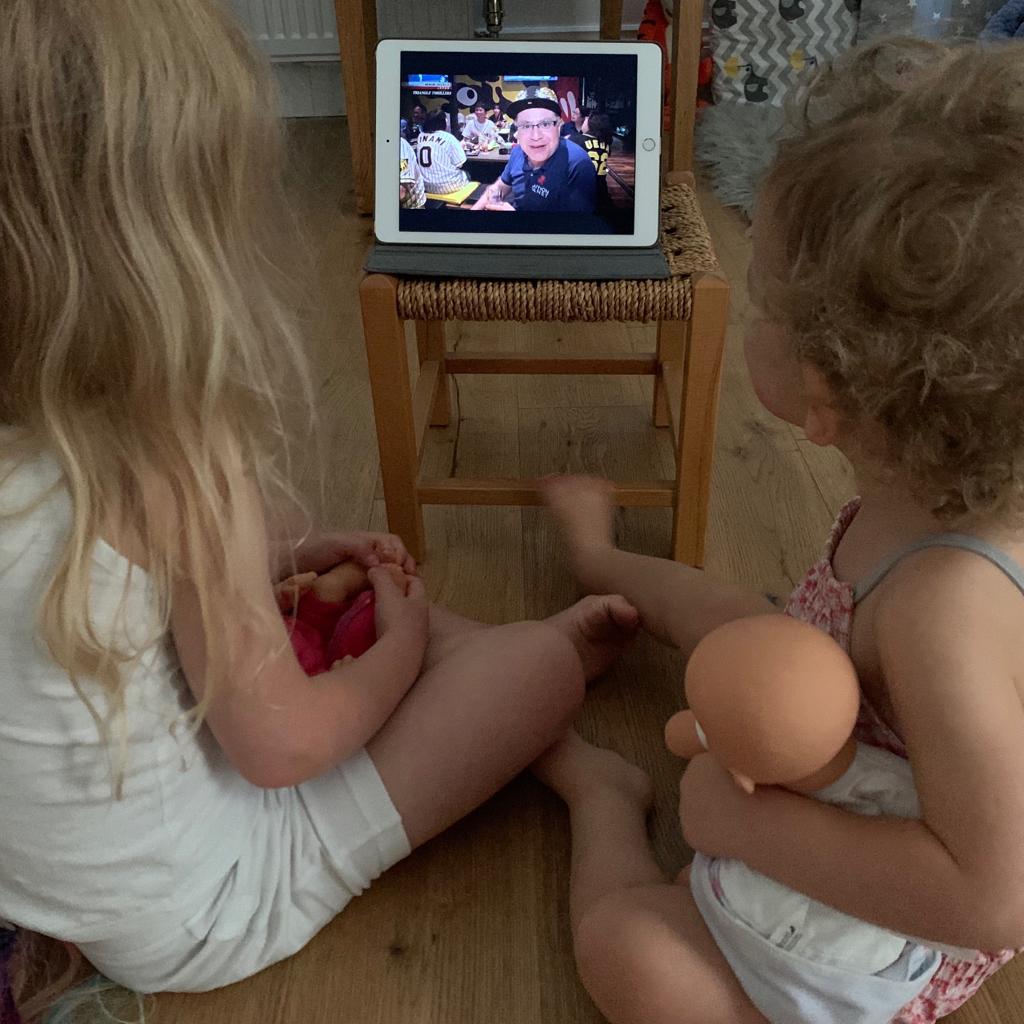 London, UK: It was great to see so many younger viewers enjoying ‘Triangle Thrillers’ as part of the show’s mandate was to inspire wanderlust and to driver dreams of visiting Japan. These two are already ahead of the curve though as they have already been. In fact, this is their second appearance on the Maction Planet blog, their first being a photo of them at a Tokyo Yakult Swallows Baseball Game! 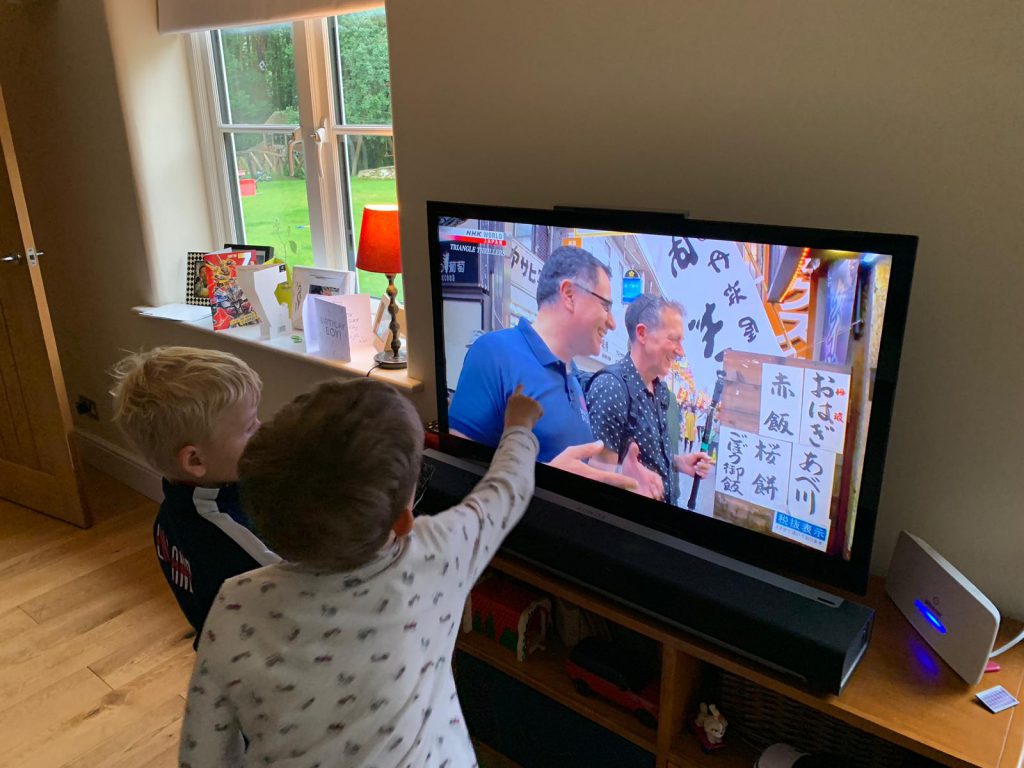 Longleat, Wiltshire, UK: Tim, one of our biggest supporters, sent in this shot of his sons Harry and Barny watching one of the premier showings of ‘Triangle Thrillers’ on NHK World. Their support was so enthusiastic Mac could hear them through the TV! 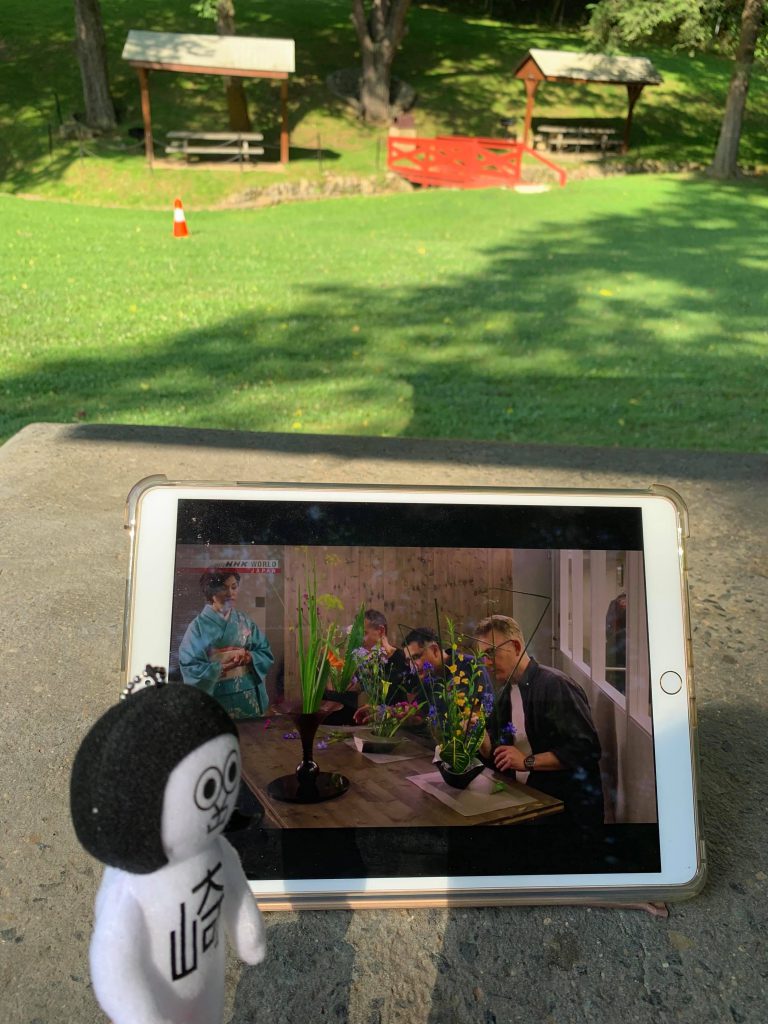 Shenandoah Valley, West Virginia, USA: Okazaemon is currently on the road with friend of Maction Planet Brooke. Here is enjoying some Maction in the beautiful Shenandoah Valley in West Virginia. Mac was especially pleased to see Okazaki’s yuru-kyara as that city was the birthplace of Tokugawa Ieyasu, his favourite person in Japanese history! 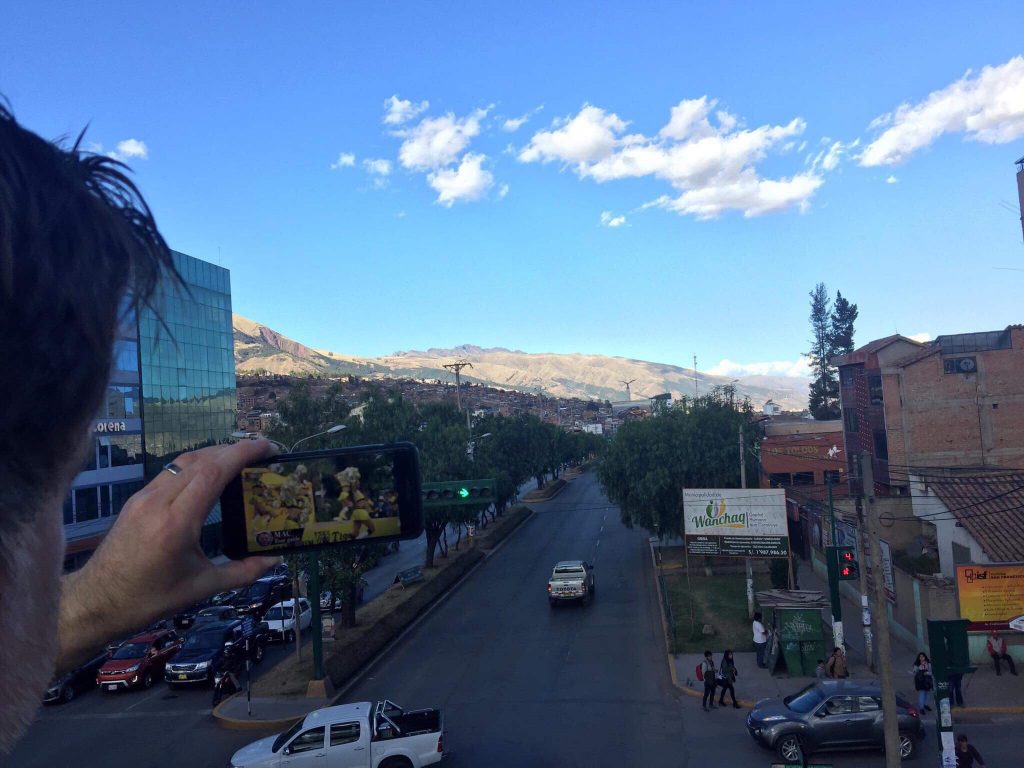 Cusco, Peru: Andrew Griffith is one of the world’s greatest comic book artists and two-time Mac on Tokyo interviewee (check out our chats here and here). He currently resides in one of the most beautiful cities in South America, Cusco, the gateway to Machu Picchu. Great to see the show being enjoyed in every single corner of the world! 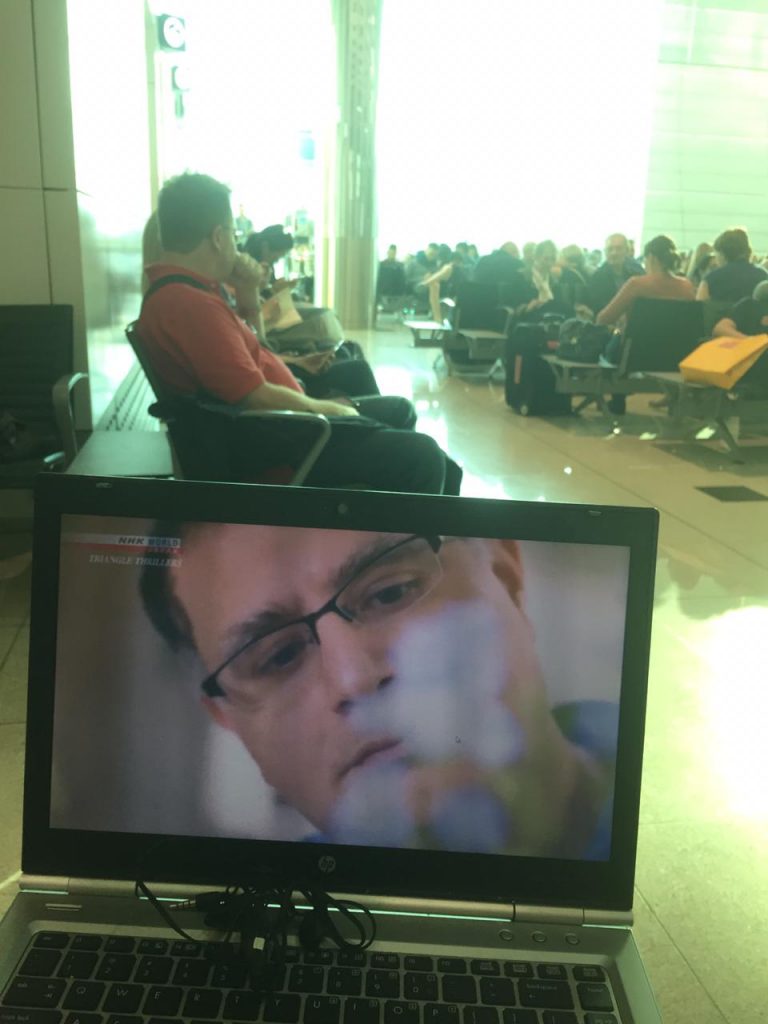 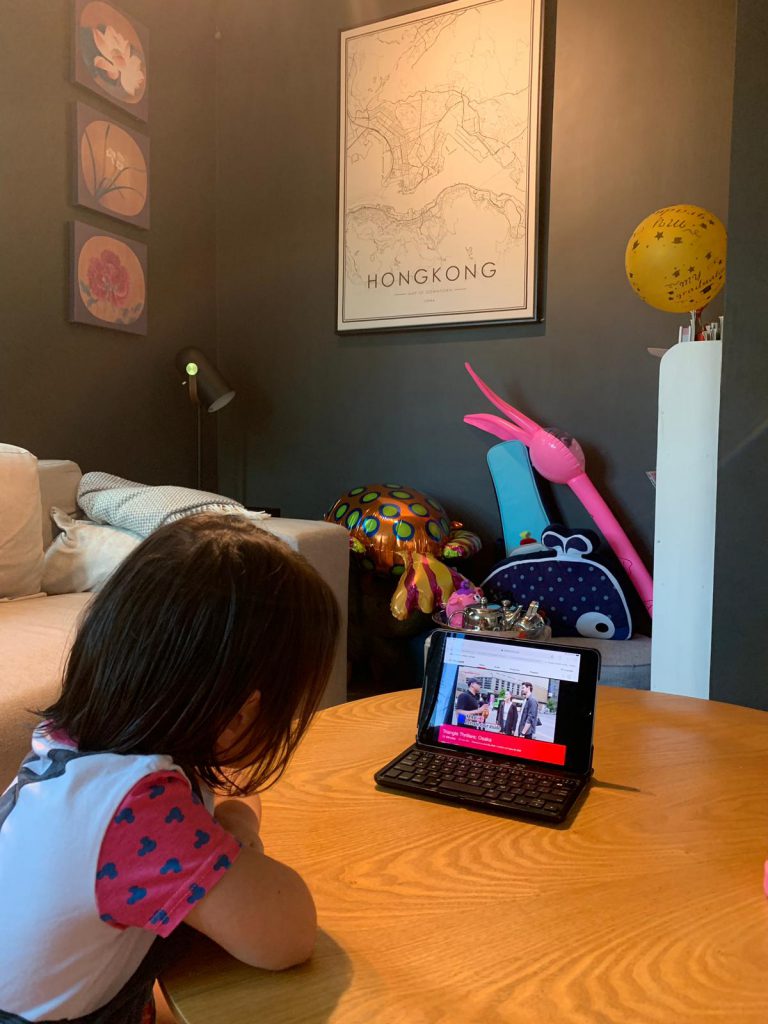 Tong Fuk, Hong Kong: Jasmine, official mascot of Maction Planet, can be seen here taking a break from promoting Maction Planet’s ‘Family-friendly Tokyo‘ tours to watch her godfather Mac. I am reliably informed that she was so engrossed that she willingly sat through the whole episode! 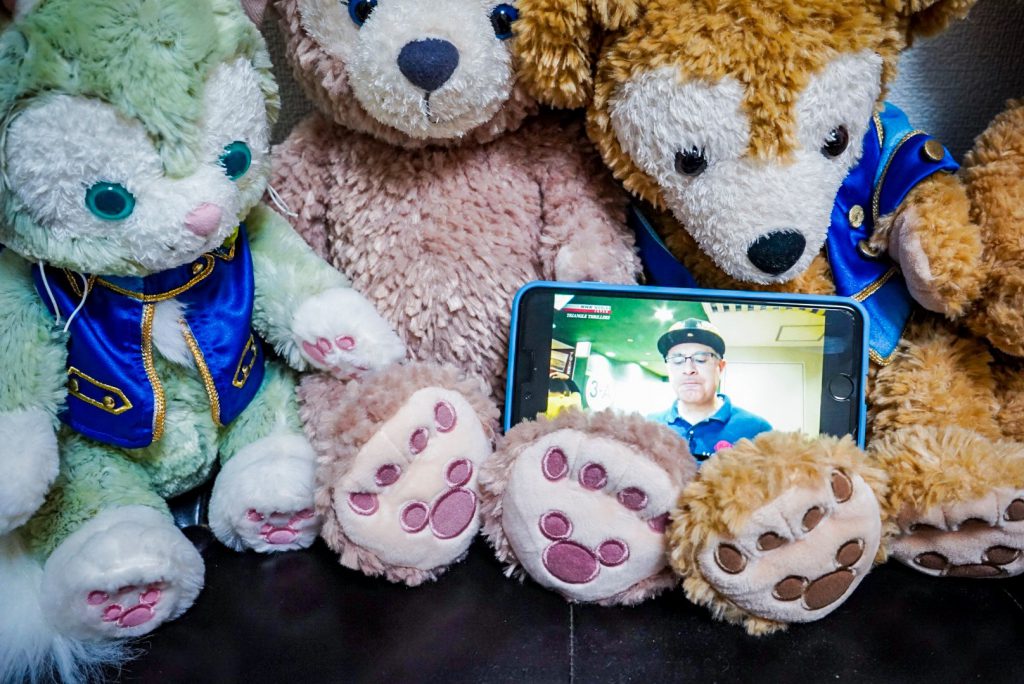 And finally – Chris Steele x Osaka Bang: Chris was one of Maction Planet’s very first word-of-mouth tour guests. He talked about his first trip to Japan in a ‘Mac on Tokyo’ interview from December 2017. Chris was so inspired by the show that he decided to create his very own Osaka Bang GIF!