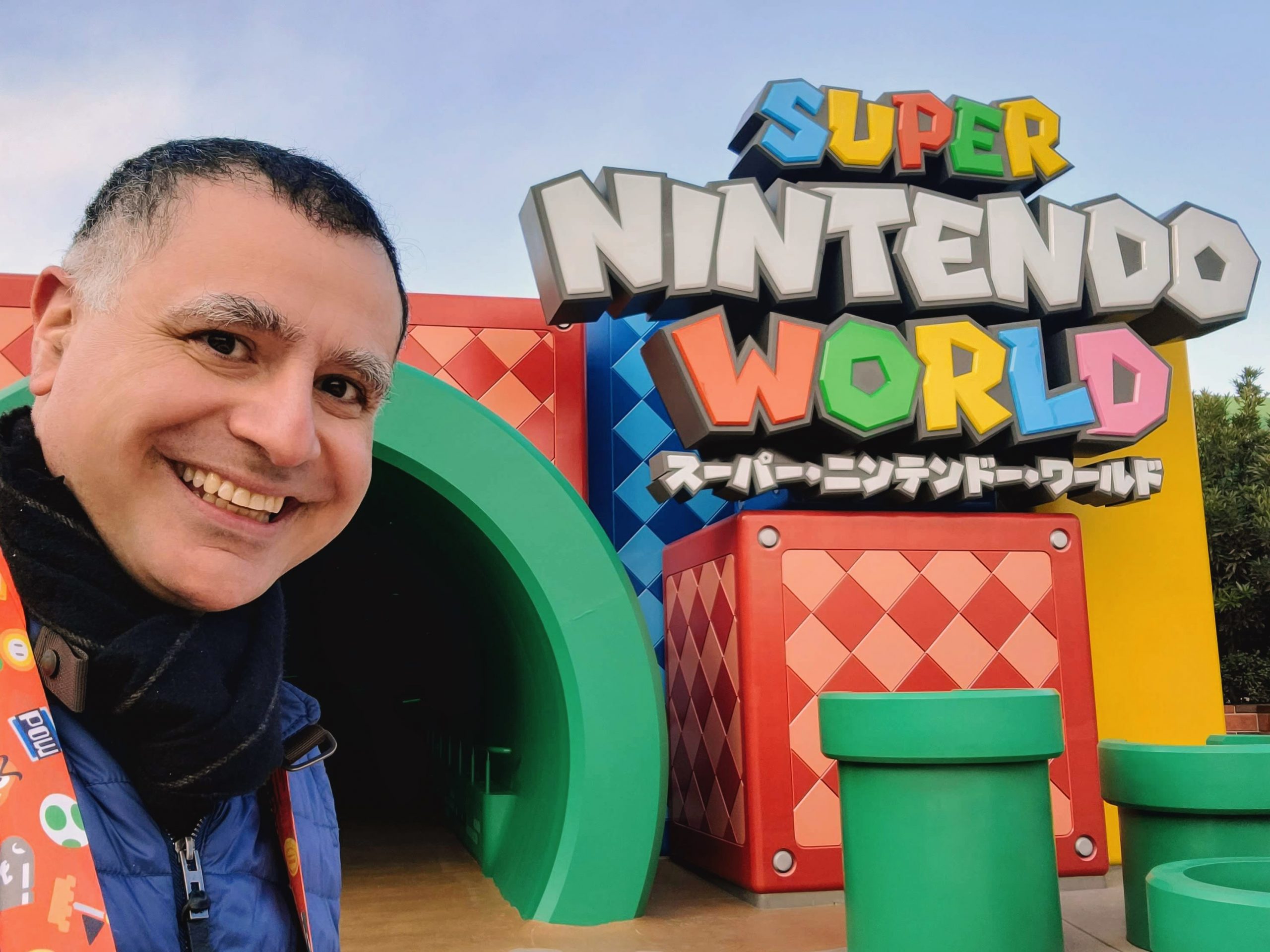 Welcome to ‘This Week in Tokyo’, a review of the Maction Planet week that was and a look ahead to what’s coming up in the city. Hosted by Mac, our Founder and Lead Guide, you can check out photos from our tours and read insights into our explorations as we get under the skin of the World’s Greatest Metropolis, and beyond! This week: It’s a me, Mac; It’s a me, Bavario; Pokemon-vending vending machine; If you can’t travel – COOK! and Kanpai Planet is born.

It’s a me, Mac!: Super Nintendo World has been many years in the making, and finally all can be revealed! I was invited to the preview events for Super Nintendo World at Universal Studios Japan in Osaka. This park zone focusses exclusively on the Mario franchise with a Mario Kart AR, a Yoshi’s Adventure omnimover ride, themed food in Kinopio’s (Toad) Cafe, insane minigames, incredible merch, meet and greets with Mario, Luigi, Toad and Princess Peach… and much much more.

I made this vlog of the whole experience. It’s the only video out there to capture all the major elements of Super Nintendo World in one video. It’s already had over 26,000 views, so if you haven’t watched it yet, don’t miss out!

BTW, you may be wondering what all the fuss is about now? Super Nintendo World was originally scheduled to open on 4 February. The opening has been delayed due to Japan’s COVID-19-related State of Emergency, but the media embargo lifted on that day, so now the whole world can enjoy the magic.

It’s a me, Bavario: Sticker art is all around you in Tokyo. You can see a good example of what I mean right here in this video about the art takeover of Shibuya Station. Researching the meanings and iconography used can lead you down a wonderful rabbit hole of new knowledge and artistic connections.

Here’s the story of one such rabbithole. I snapped this photo of Bavario while wondering around Omoide Yokocho in Shinjuku. I googled the name and found Twitter and Instagram accounts and a website dedicated to selling Bavario merch! All rather appropriate given it’s Nintendo week here at Maction Planet.

Pokemon-vending vending machine: We have a few Pokemon-clad vending machines around Tokyo, selling drinks. This one, outside Yodobashi Camera in Nishi-Shinjuku is fairly unique as it actually sells Pokemon goods! We’ve actually featured one of these in a previous edition of ‘This Week in Tokyo’, at the Ashigara Service Area on the Tomei Expressway in Shizuoka Prefecture!

In this case, even the wall and benches are Pokemon clad, allowing Pokemon fans to immerse themselves in their beloved Pocket Monsters iconography and enjoy a chilly winter night in the World’s Greatest Metropolis. Gotta catch ’em etc!

If you can’t travel – COOK!: Thank you so much to everyone who has written a review for Maction Planet on TripAdvisor. This is the latest, from Dudley, a two-time Maction Planet Japan Private Tour guest, and a regular attendee of our online cooking classes. Do as he suggests and join our next class, Panda Bento on 21 February JST!

We run two classes to cater to all global timezones!

Kanpai Planet is born: The Maction solar system had expanded with the launch of our sister project, Kanpai Planet! On Kanpai Planet we bring you the world of Japanese drinks, one sip at a time.

We just launched our first video: “What does the Foo Fighters Sake taste like?”. That’s right, the Foo Fighters, one of the world’s biggest bands, released a Japanese sake on 5 Febraury in collaboration with Tatenokawa Sake Brewery from Yamagata Prefecture. What’s the background to this, and what does it taste like? Find out in the first video from Kanpai Planet.

We really want to build a community of Japanese drink lovers from all around the world, and we would love you to be a part of it. Click here to subscribe to Kanpai Planet!