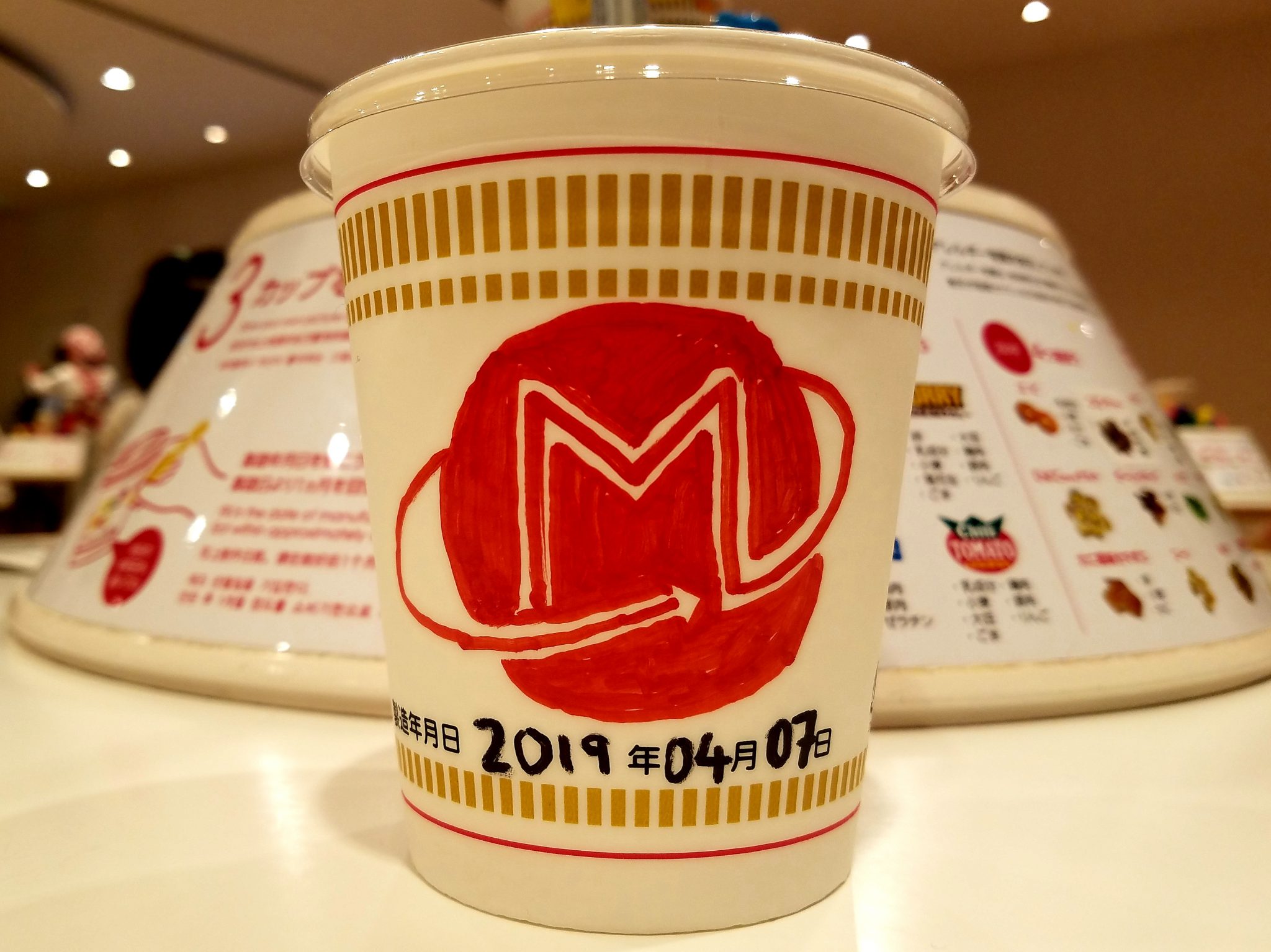 The latest edition of This Week in Tokyo – a review of the Maction Planet week that was and a look ahead to what’s coming up in and beyond the city. Check out photos from our tours and read insights into our explorations as we get under the skin of the World’s Greatest Metropolis, and beyond. This week’s edition is hosted by Mac, our Founder and Lead Guide. This week: M-Boldened Cup Noodle; Miss Cherry under the Cherry Blossoms; Hotel Koe Dior Addict; Captain Marvel Donko and Hayley the Ramen Apprentice!

Featured image – M-Boldened Cup Noodle: It was an honour hosting James from Hawaii for three days in the World’s Greatest Metropolis this week. James holds the distinction of being our most advanced booking of all time; he first got in touch in November 2017 for his tours 17 months later! We managed to get all of his many requests in and much more in our 30 hours together, including visting the Cup Noodles Museum in Yokohama. Long-time Maction Planet fans may recall one of our first ever photos of Instagram was the Maction Planet Cup Noodle with our v.1 ‘Planet M’ logo! I’ve been back to the museum many times since then but it was about time for an ‘M-Boldened’ v.2 logo  Cup Noodle! 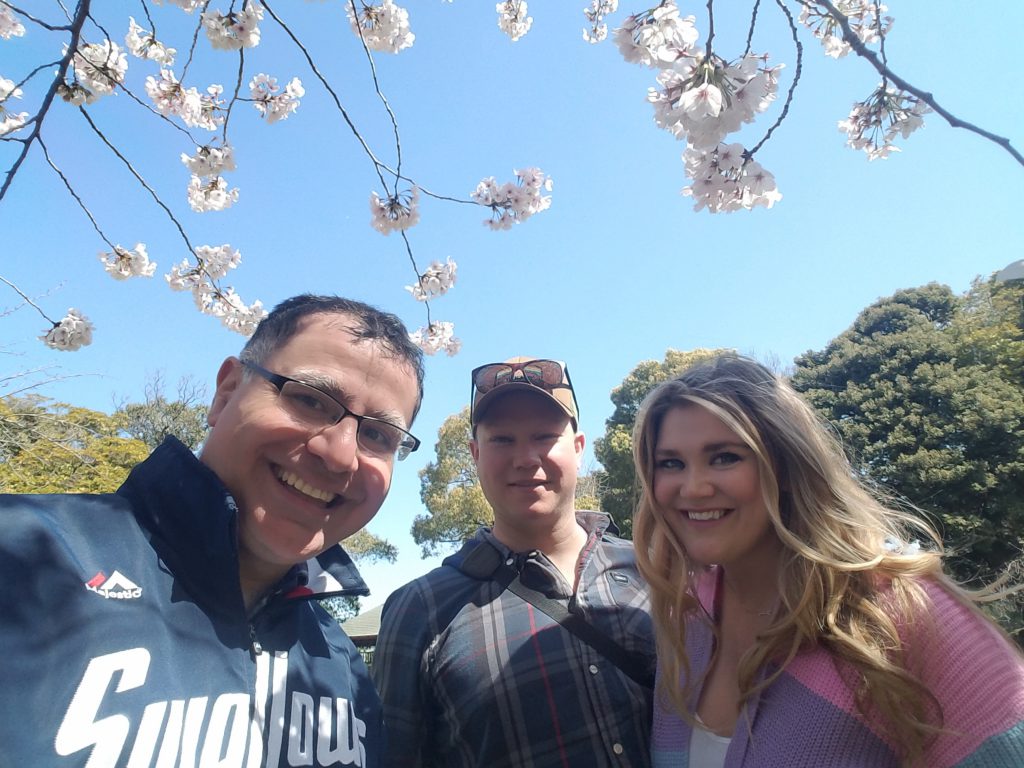 Miss Cherry under the Cherry Blossoms: This week has been chock full of amazing guests, such as Jessica and Jesse from Alaska. Baseball, Owl Cafes, Tonkatsu Canyon, Craft Cocktails, ancient ceremonies, traditional gardens, Kit Kats and, of course, prime Cherry Blossom viewing! Jessica AKA Miss Cherry has a fantastic Disney-themed YouTube channel which you should all subscribed to because, having spent 2 days with the guys, I can personally vouch that they are the some of the funnest folks I have ever had the pleasure of guiding around the World’s Greatest Metropolis.

Hotel Koe Dior Addict: We have been big fans of the hotel koe ever since we went to their opening party in February 2018. Last week they held a limited-time makeup event called “Addict City” to commemorate the sale of new lipstick “Dior Addict Stellar Shine”. Being hanami season, pink is definitely they in colour and the hotel’s look for the period was very on point! 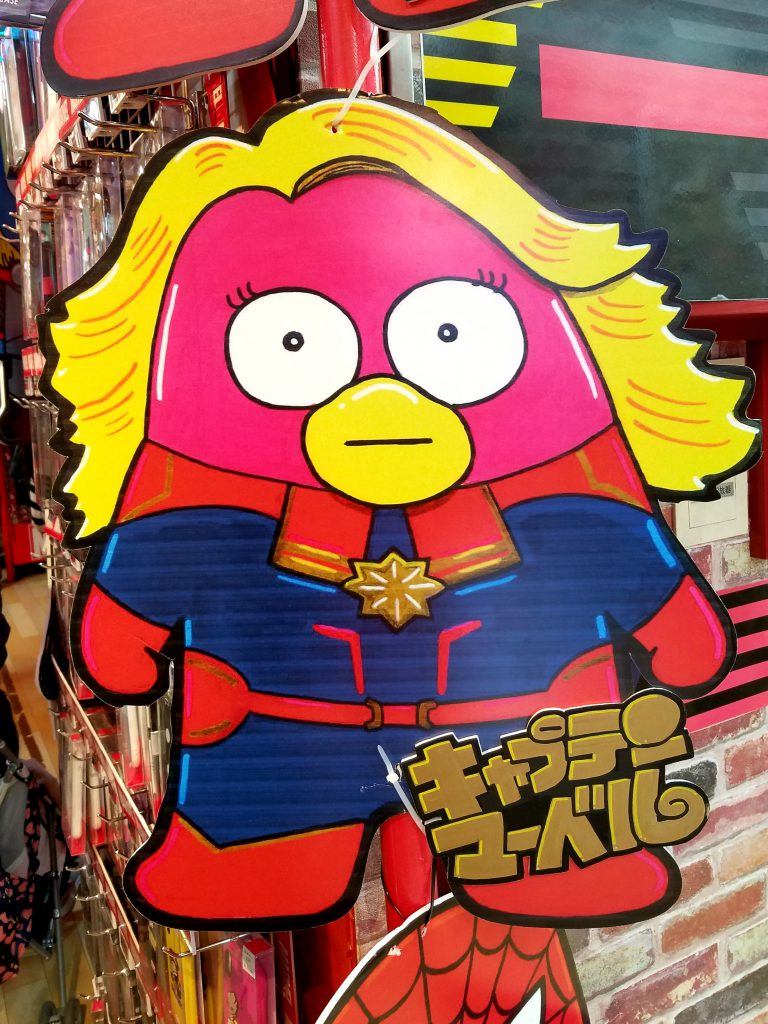 Captain Marvel Donko: To celebrate the arrival of ‘Avengers: Endgame’ in cinemas in Japan on 26 April, Don Quixote has opened limited time pop-up Marvel stores in 49 stores around Japan. They feature infamous Don Quixote mascots, Donpen and Donko, cosplaying as Marvel superheroes. Here’s Donko dressed as Captain Marvel. We will let you decide whether who wears it better – Donko or the staff manning the Marvel booth at Tokyo Comic Con! 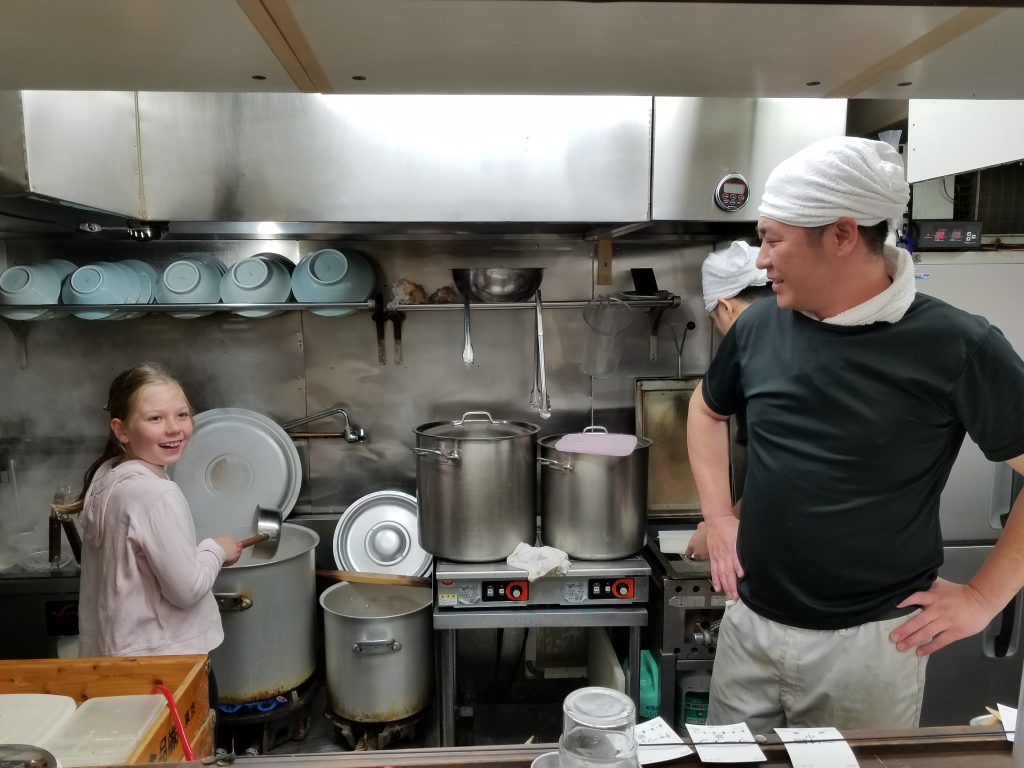 Hayley the Ramen apprentice: Amazing things happen on Maction Planet Tokyo Private Tours… such as being allowed behind the counter of one of Tokyo’s top ramen shops to experience what it is like being a ramen chef! Hayley did a great job under the watchful eye of chef Yoshida. We predict great things, and look forward to visiting a branch of ‘Menya Hayley’ in Australia in a few years time!