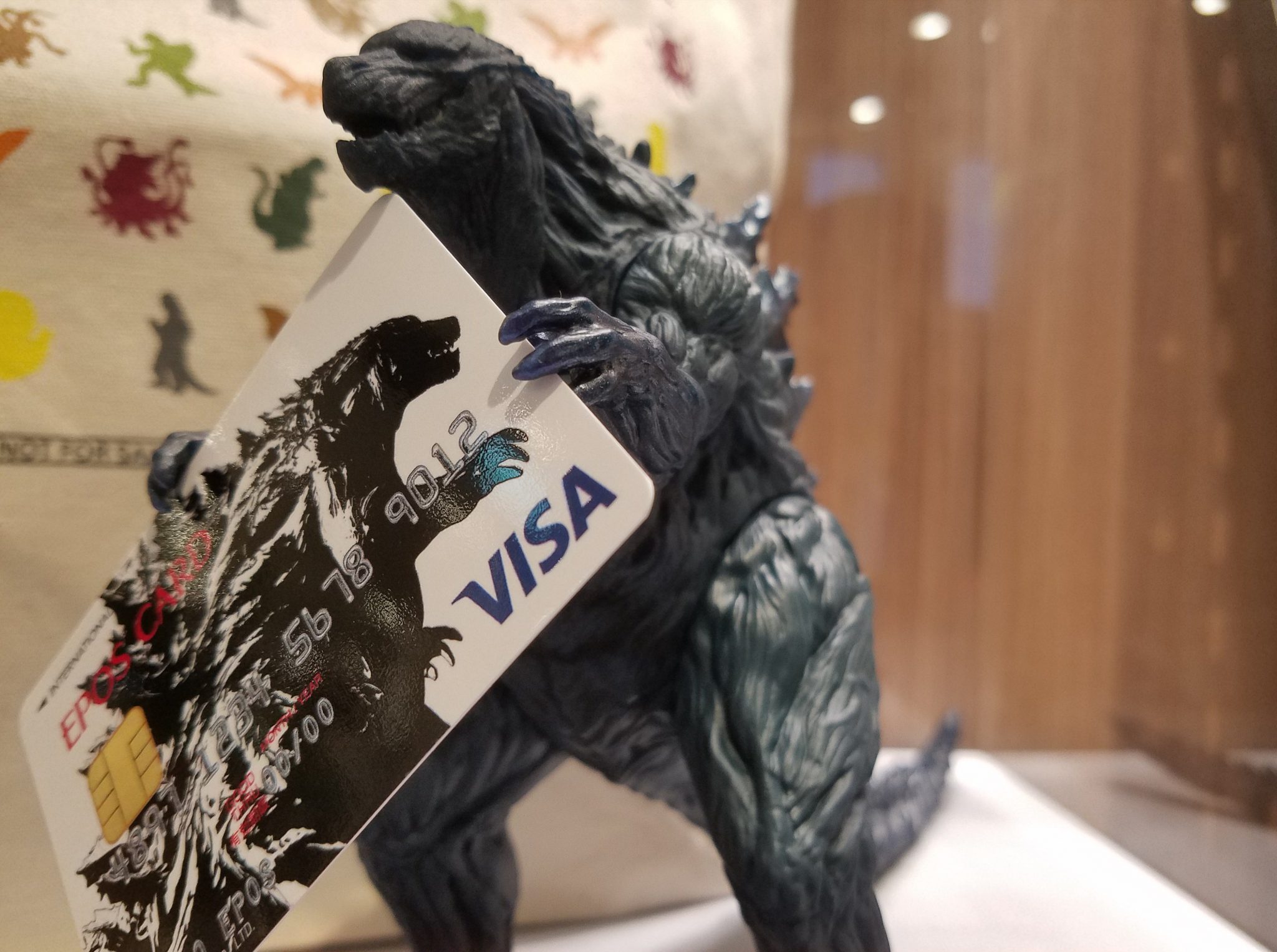 Introducing This Week in Tokyo – a review of the Maction Planet week that was and a look ahead to what’s coming up in and beyond the city. Check out photos from our tours and read insights into history, culture and our explorations as we get under the skin of the World’s Greatest Metropolis.

Featured image: Godzilla says you should pay your credit card bill. We suggest you don’t argue with the King of Kaiju. (MODI, Shibuya) 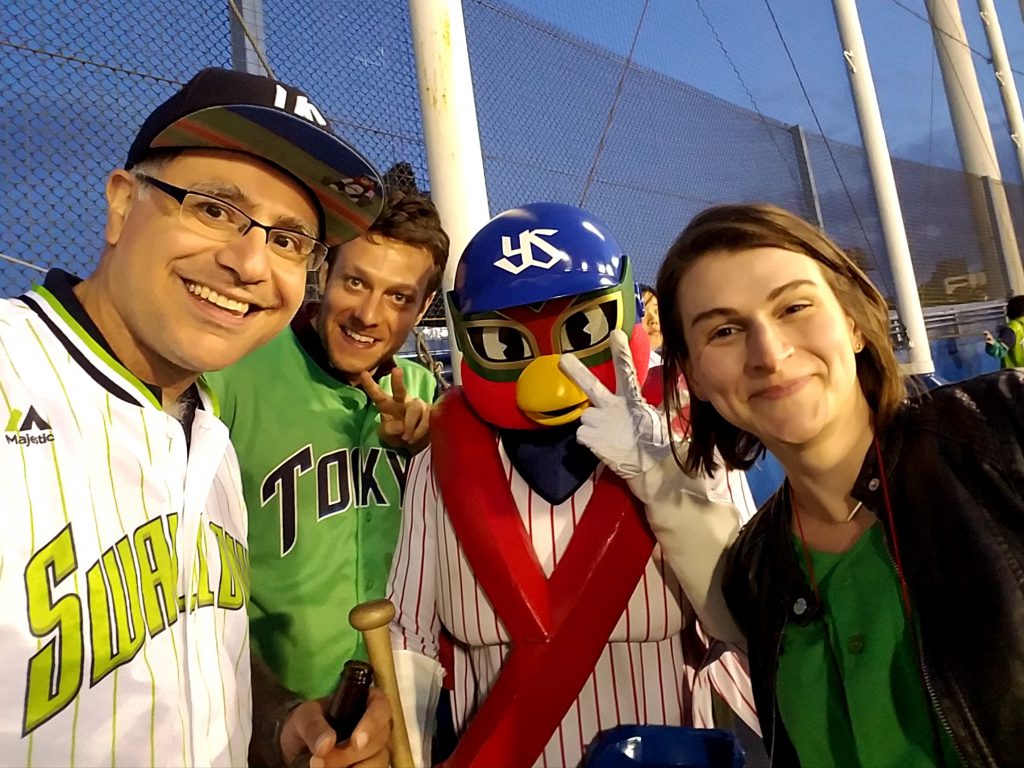 A visit from friend of Maction Planet Torukuya, one of the mascots of the Tokyo Yakult Swallows. He greets our guests Mike and Jenn on one of our infamous Tokyo Baseball Tours, as the Birds win 8-0 against the Toyo Hiroshima Carp on Friday 4 May 2018! (Also in picture: Mac) 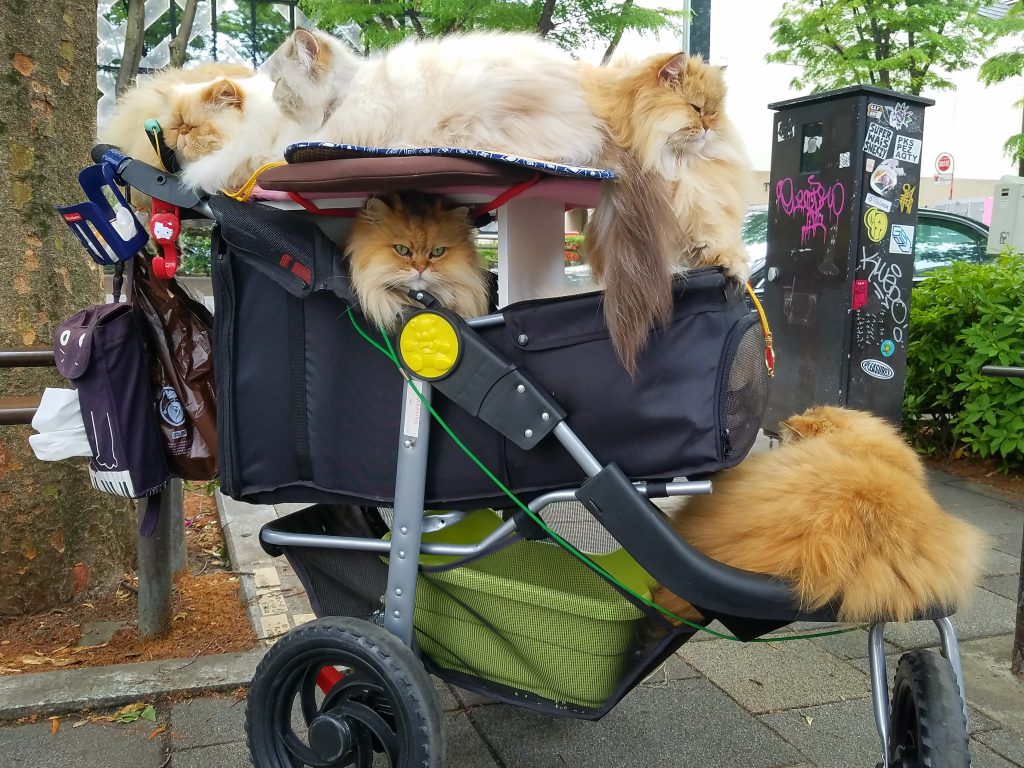 Cat Man returns! Retiree Masahiko Suga, a former electronics company worker, has been taking his 10 Persian cats on a 1,000 km road trip from his home in Kyushu to Tokyo every spring and autumn for the last 17 years. If you pound the streets of Tokyo everyday, we know where to find him for our cat-loving guests! The cats are descendants of a family of strays that he once took in. He started taking the relatively violent cats on walks to calm them down, and seeing the positive effect not just on the felines but on also passers by, he continued doing it. Suga-san is on a mission to promote cat ownership and to encourage people to adopt strays – just under 200 cats are put down in Japan every day. 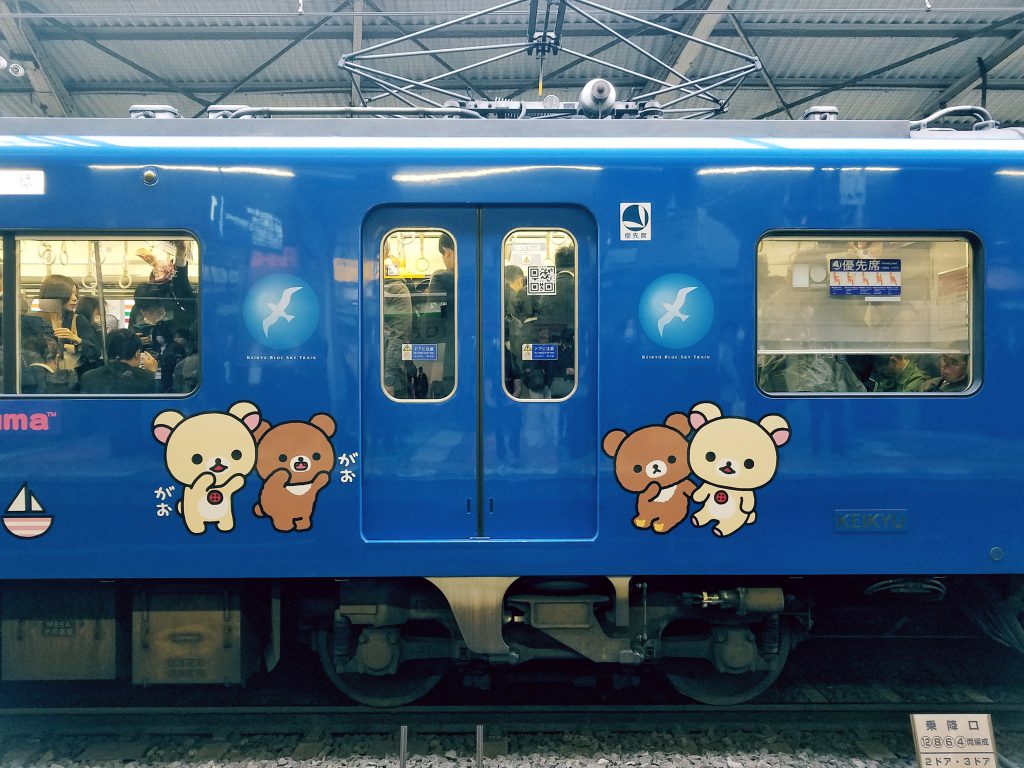 Lots of Rilakkuma around as he celebrates his 15th anniversary this year including here on the side of a Keikyu Blue Sky Train arriving at Shinagawa Station from Haneda Airport. The legend (that’s Rilakkuma) is seen here with his close friend Korilakkuma (the chap with the red button on his chest). Both characters are creations of San-X who’s portfolio of characters includes Maction Planet favourite Momobuta. 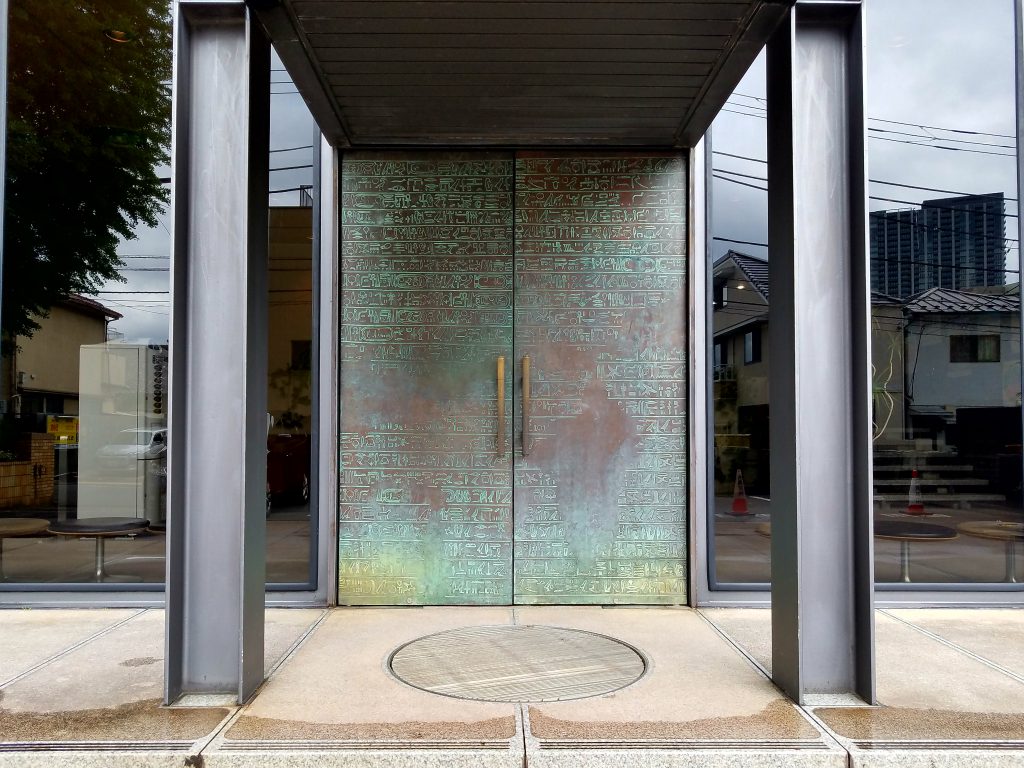 The spectacular doors of the Japan Publishers Building, home of the Asia/Pacific Cultural Centre for UNESCO in Fukuromachi, Shinjuku-ku seen on a ‘Backstreets of Tokyo’ tour. The ACCU is a non-profit organisation, established in 1971, which works for the the promotion of mutual understanding and cultural cooperation among peoples in the Asia-Pacific region in line with UNESCO principles.