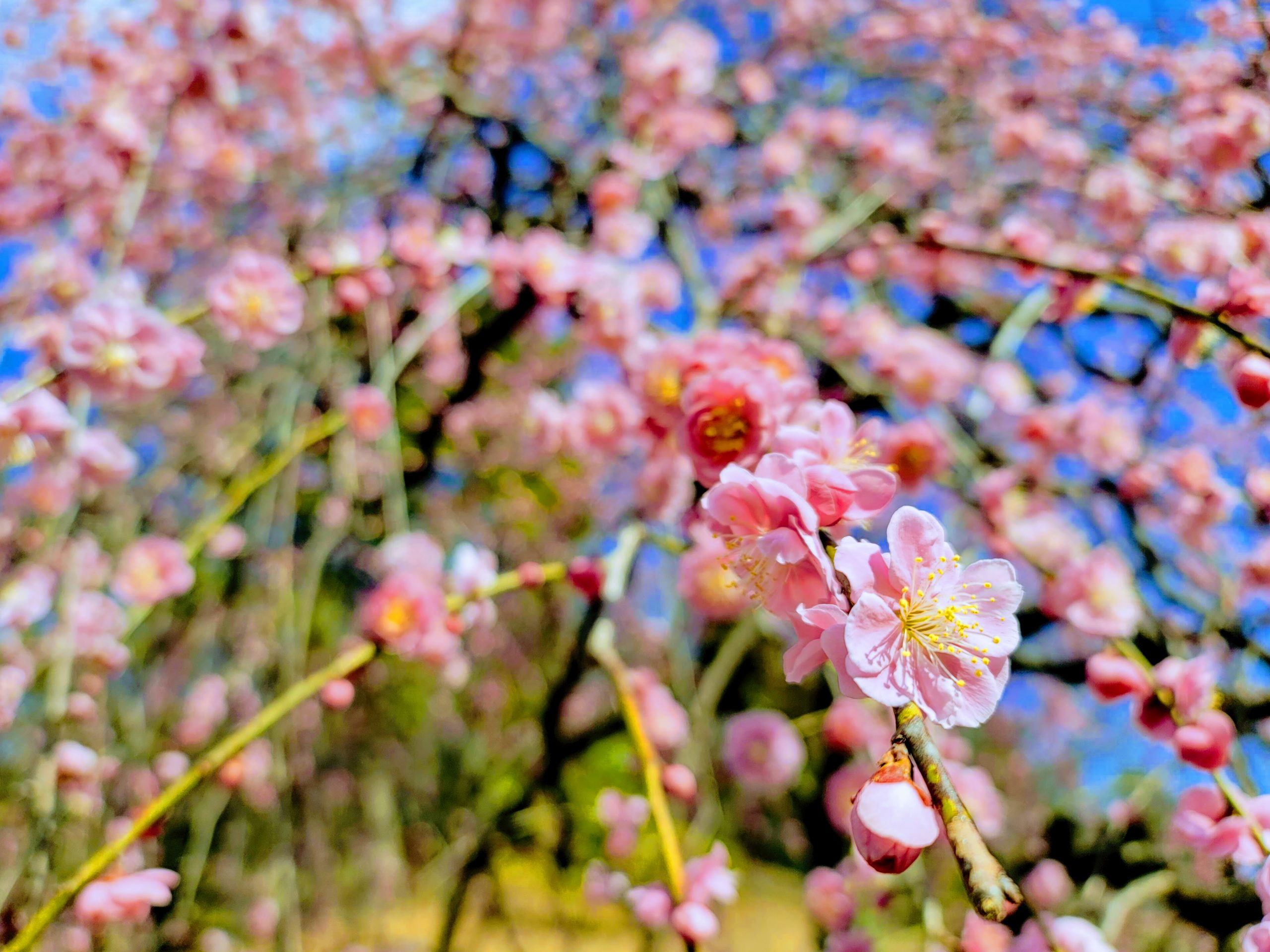 Welcome to ‘This Week in Tokyo’, a review of the Maction Planet week that was and a look ahead to what’s coming up in the city. Hosted by Mac, our Founder and Lead Guide, you can check out photos from our tours and read insights into our explorations as we get under the skin of the World’s Greatest Metropolis, and beyond! This week: Shidare-ume in full bloom; Paper City; White Day; All About Christopher Pellegrini and Making Sake on Sado – Days 1 and 2.

Featured image – Shidare-ume in full bloom: We are big fans of the Plum Blossoms here on Maction Planet, and they have finally hit full bloom in Tokyo. Here’s my favourite photo of the entire season – a shidare-ume, a weeping plum tree – showcasing its majestic beauty through the lens of my trusty Samsung Galaxy Note 20 Ultra. No, this is not a sponsored post!

Paper City: 10 March is the 77th anniversary of the Great Tokyo Air Raid, the largest conventional weapons bombing in human history. I recently had the honour of being invited to the Tokyo premiere of Paper City, directed by Adrian Francis, who I interviewed two years ago on this blog. It sounds like hyperbole to say this film will stay with me for the rest of my life, but that is in fact an understatement. Please seek out an opportunity to watch this moving masterpiece, which focuses on three firebombing survivors as they try to get recognition for the civilian victims of this tragedy which has been erased from the history of the city, with time literally running out.

In 2020, Adrian and I attended the 75th-anniversary memorial services held in memory of the victims of the Tokyo firebombing. I wanted to document this poignant anniversary and created the video embedded below.

White Day: 14 March is White Day in Japan. The story goes that in 1977, Ishimura Zengo, the CEO of Ishimura Manseido, a Fukuoka confectionery company was looking to spark some growth. He found inspiration in a letter written to a magazine, which read thus: ‘It’s not very fair that men get chocolates from women on Valentine’s Day but they don’t return the favour. Why don’t they give us something? A handkerchief, candy, even marshmallows…’

He created a sweet made with marshmallow paste and a chocolate centre, and his female staff suggested that 14 March, one month after Valentine’s Day, would be the perfect time for them to receive these treats. So it was that, in 1978, ‘Marshmallow Day’ was born – the idea being picked up by the Iwataya department store. They suggested the more catchy ‘White Day’, still retaining the connection to the colour of the confection and the rest is history.

To have a heart hanging over your White Day, try to book this table at Two Brits Burger Bar in Kyodo.

Making Sake on Sado – Day 1 and 2: After dropping our trailer/intro video on 1 March, Day 1 and Day 2 episodes have been released. The reaction has been absolutely incredible, but I’d love to see these videos reach wider audience. If you haven’t, I really think you will get a lot out of checking them out. After you do, please share the playlist link with anyone you know who has an interest in sake, drinks or Japanese culture. You, and they, won’t regret it. Kanpai!