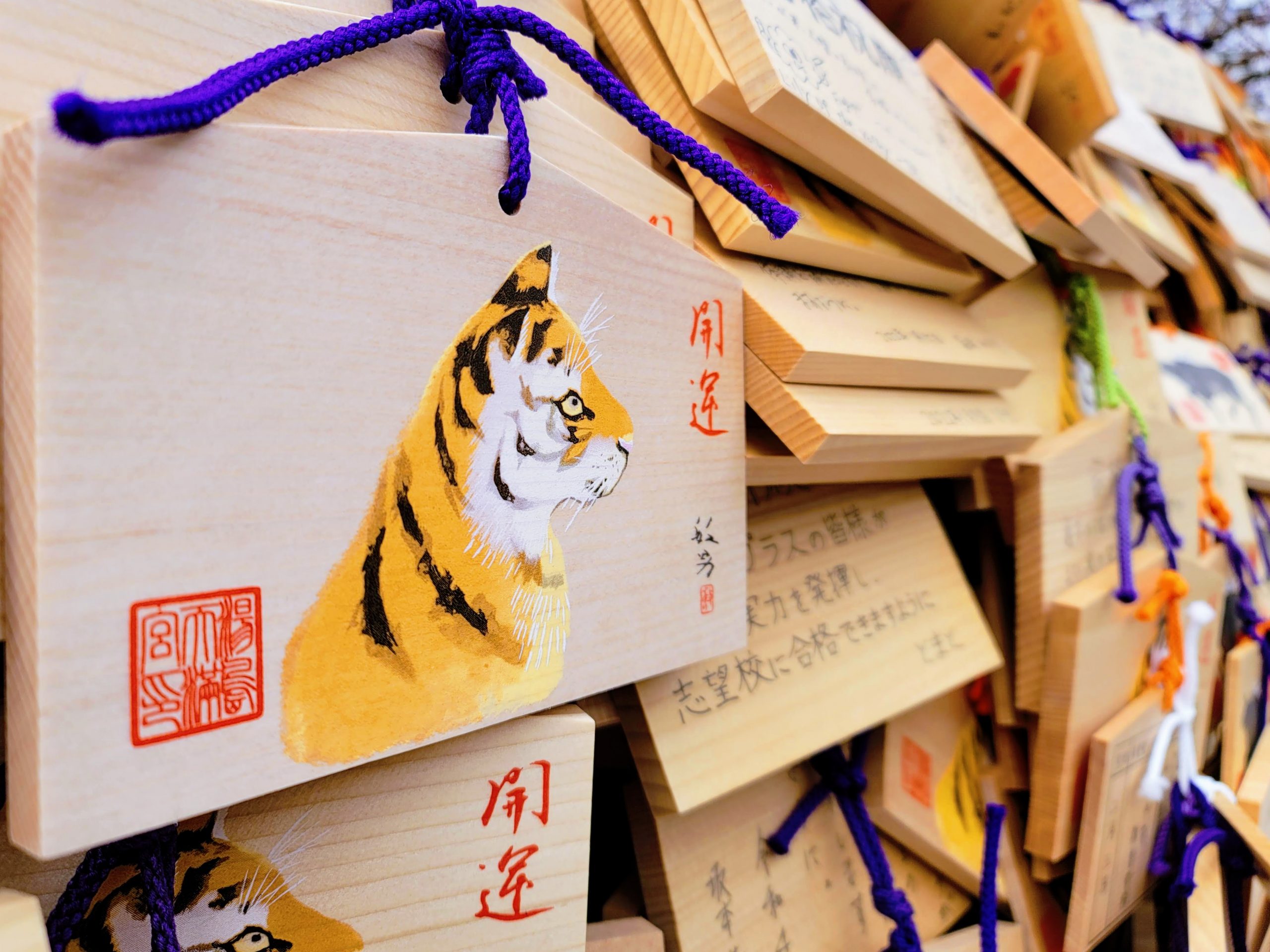 Welcome to ‘This Week in Tokyo’, a review of the Maction Planet week that was and a look ahead to what’s coming up in the city. Hosted by Mac, our Founder and Lead Guide, you can check out photos from our tours and read insights into our explorations as we get under the skin of the World’s Greatest Metropolis, and beyond! This week: Ema of the Tiger; Setsubun 2022; Sekki and Hibiki; Plum watch continues and Super Nintendo World is 1!.

Featured image – Ema of the Tiger: Now we’ve had the Gregorian New Year, the Lunar New Year and Setsubun (see below), the Year of the Tiger is in full swing!

Setsubun is a popular time for people to write ema, votive tablets, and some shrines release special versions featuring that year’s zodiac animal. Here’s an especially striking one I spotted at Yushima Tenjin.

Setsubun 2022: ONI WA SOTO! FUKU WA UCHI! We’re welcoming in fortune and the traditional new year, and casting out devils and winter… it’s SETSUBUN! This year, Setsubun fell on its usual date of 3 February. Learn more about the history of this festival here. Many festivals were again cancelled this year, but we’ve got you covered with not one but two Setsubun Festivals documented ASMR-style on the Maction Planet YouTube channel!

Sekki and Hibiki: The day after Setsubun is Japan’s traditional new year’s day and the start of Risshun (立春), the first of the 24 seasons (sekki) of the traditional Japanese calendar. The 24 sides of the Hibiki bottle symbolize these sekki, and the 24 hours of the day, enabling drinkers to visualize the whisky’s ageing, history, and time itself.

Of course, those of you who have watched my video about the first-ever Hibiki already know this! For more about the tradition and culture embedded in this beautiful whisky bottle, and the incredible origins of Suntory’s flagship blend, watch below.

Plum watch continues: Risshun brings with it the beautiful Plum blossoms. Here’s the current state of things at Okurayama Park. Absolutely stunning! For more info about the cultural significance of Plum blossoms in Japan, check out my Ode to Ume.