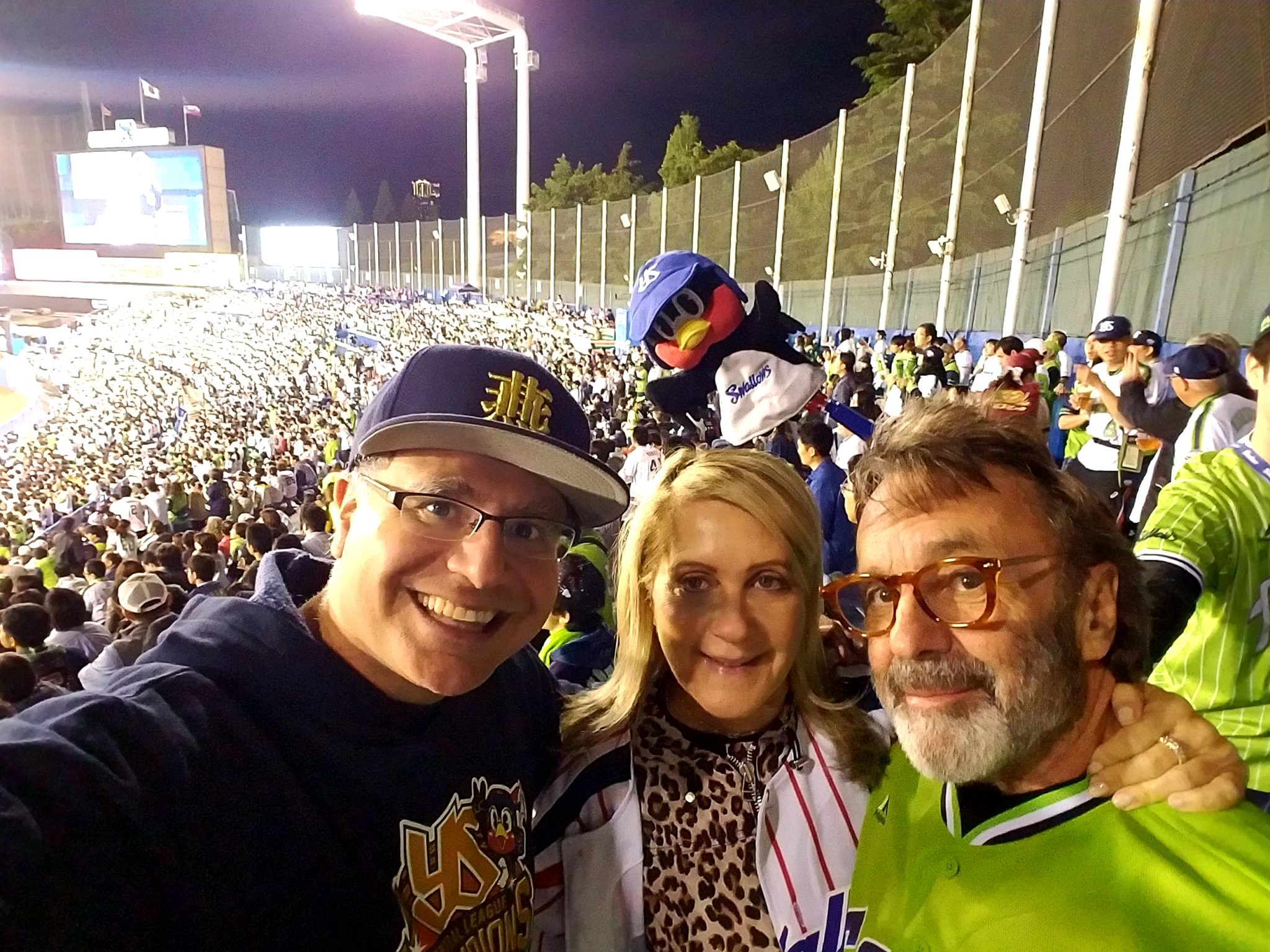 The latest edition of This Week in Tokyo – a review of the Maction Planet week that was and a look ahead to what’s coming up in and beyond the city. Check out photos from our tours and read insights into our explorations as we get under the skin of the World’s Greatest Metropolis, and beyond. This week’s edition, showcasing another fully-booked week for Maction Planet, is hosted by Mac, our Founder and Lead Guide. This week: Zaros at Jingu; Monjayaki Hearts; Skyline 2-Door HT2000GT-R; RWC Manhole and Feeding Ferrets in Tokyo!

Featured image – Zaros at Jingu: It was an honour to share my love for Tokyo, and its number one baseball team the Tokyo Yakult Swallows, with Stuart and Keri Zaro over the last two days. Stuart is the third generation of the family that began the world-famous Zaro’s Bakery in New York. I have been lucky enough to host other members of the extended family over the last six months but these are the first Zaros to have come with me to historic Meiji Jingu Stadium. We saw the Swallows win 4-2 against the Hanshin Tigers. And yes, I do know that Swallows mascot, the legendary Tsubakurou, is flying above our heads – that’s the kind of photobomb the world needs more of! 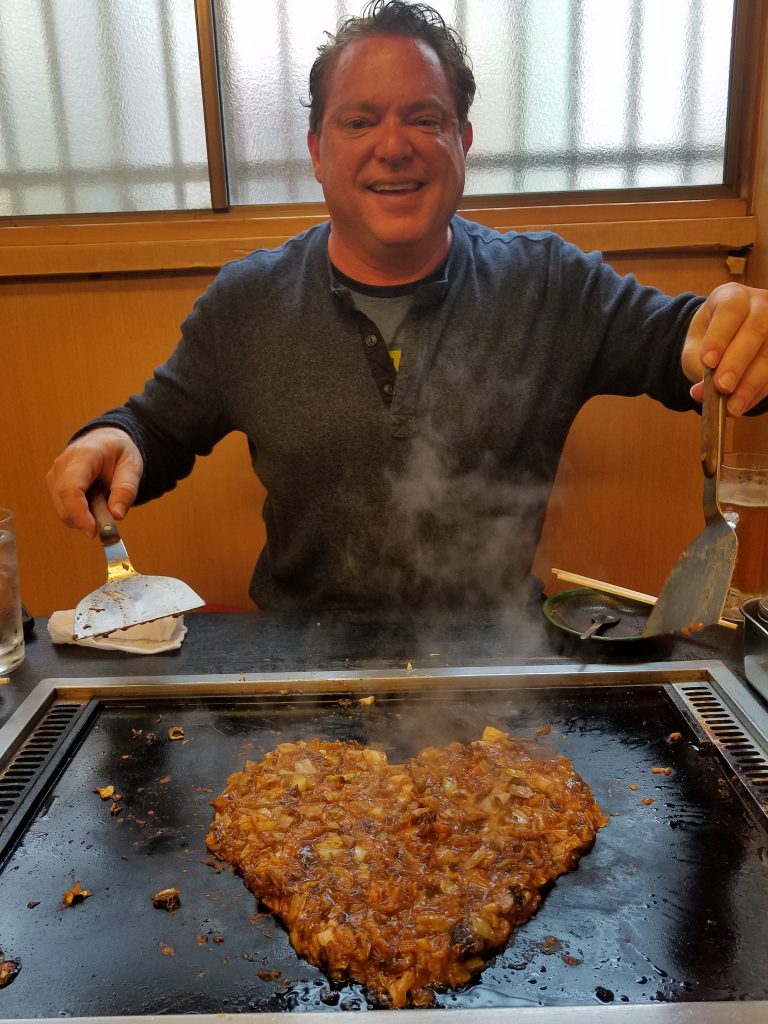 Monjayaki hearts: The Tokyo speciality is one of my favourite foods and it tastes even better when it is made with love as Maction Planet guest Ira is demonstrating here! 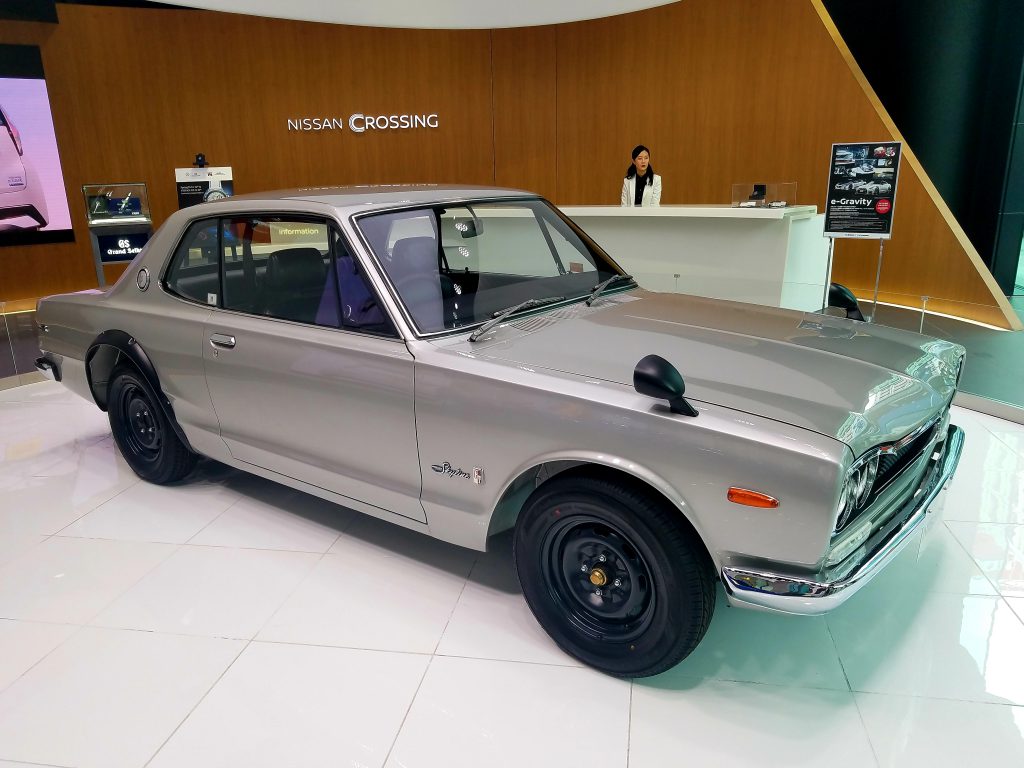 Skyline 2-Door HT2000GT-R: On display right now at Nissan Crossing (until 17 May 2019), the 2000GT-R model of the C10 Skyline made its debut at the Tokyo Motor Show in Autumn 1968. This is the updated 2-door Hardtop edition that was released in 1970, and its lighter, more compact body and shorter wheelbase made it more competitive in touring car races. Nicknamed ‘Hakoska (short for boxy Skyline) GT-R’, the Skyline 2-Door HT2000GT-R clocked an unprecedented 50 victories in March 1972. The unbeatable winning streak continued for a total of 52 weeks until October 1972 when Nissan Works decided to withdraw from the races. A classic! 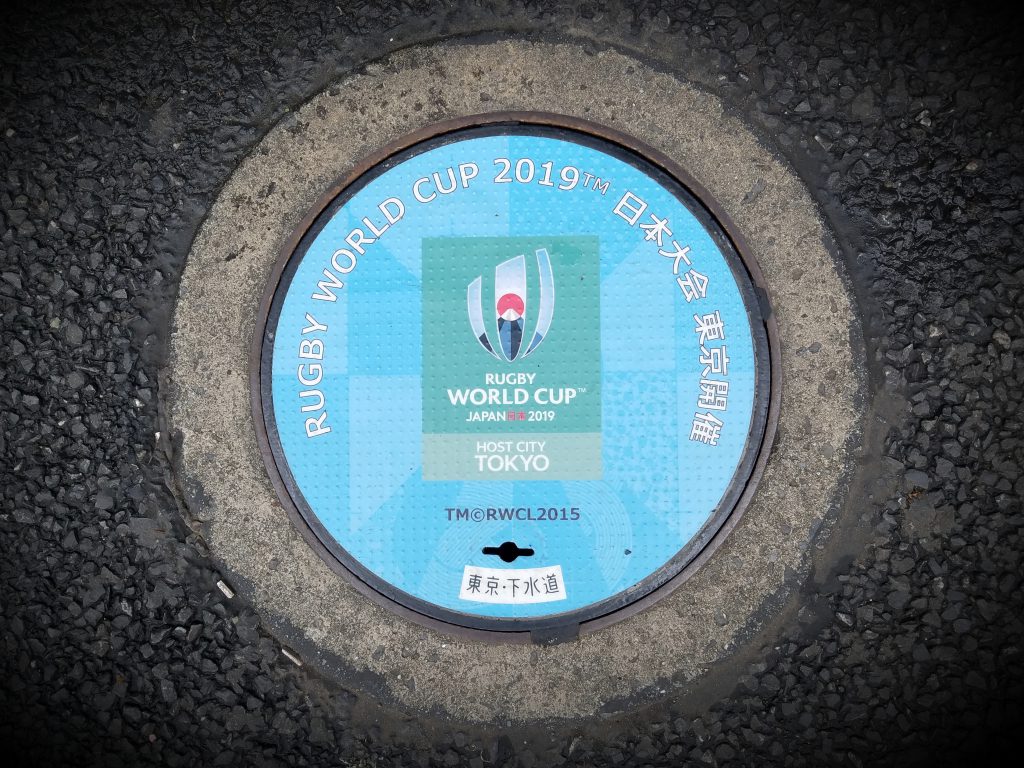 RWC Manhole: Even the manhole covers of Japan are getting excited about the Rugby World Cup 2019. The opening match, Japan vs Russia, will be held in Tokyo on 20 September. Maction Planet has you covered for the tournament – touring, games, experiences, transfers… you name it, we do it. Get in touch with us to begin planning your perfect, personalised trip of a lifetime. 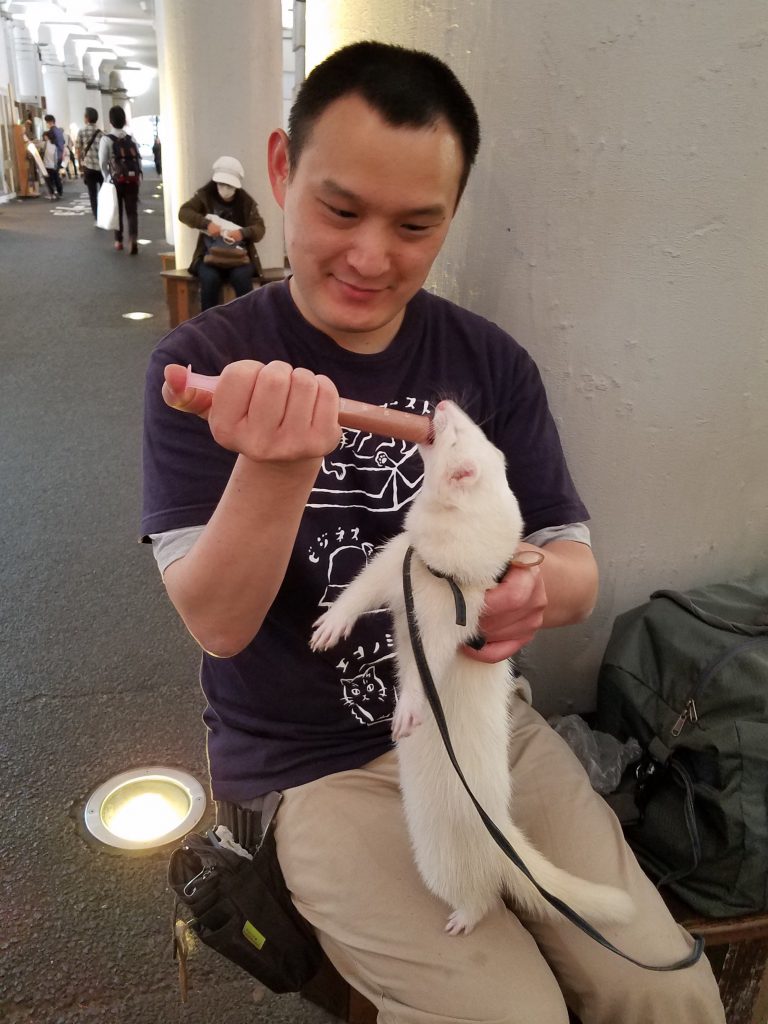 And finally – Feeding Ferrets in Tokyo: No need to head to an animal cafe when you can take it to the street and see ferrets being fed on the outskirts of Akihabara!