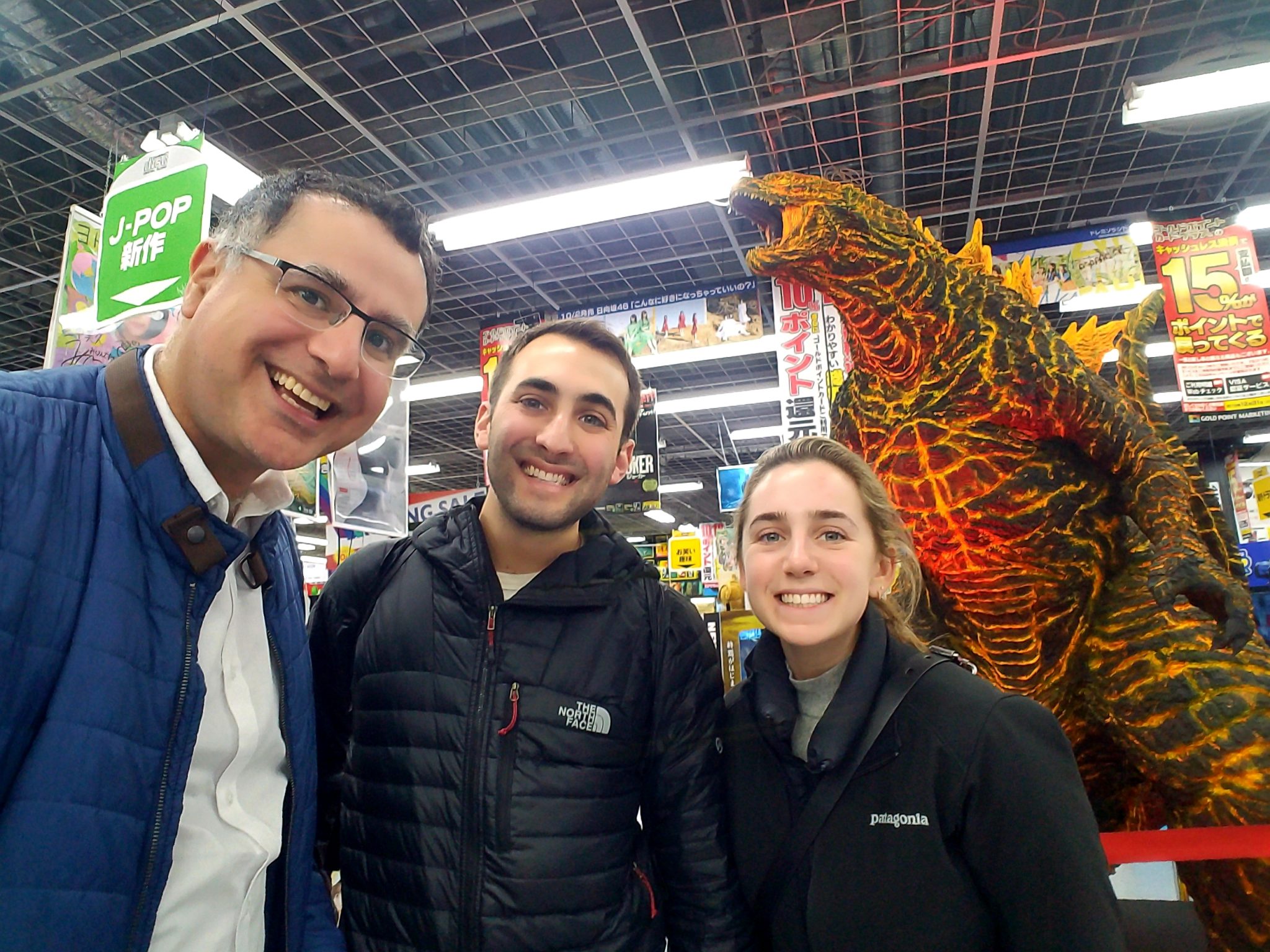 明けましておめでとうございます (Akemashite Omedetou Gozaimasu)! Welcome to the first ‘This Week in Tokyo’ of the decade! ‘This Week in Tokyo’ is a review of the Maction Planet week that was and a look ahead to what’s coming up in the city. Check out photos from our tours and read insights into our explorations as we get under the skin of the World’s Greatest Metropolis, and beyond. This week’s edition is hosted by Mac, our Founder and Lead Guide. This week: “From L to R: Mac, Jake, Talia and Godzilla”; 200 Days to Go with Maureen and Doug; New Ginza Line Shibuya Station platform; Disney New Year and Quick change Peko-chan!

Featured image – “From L to R: Mac, Jake, Talia and Godzilla”: To promote the launch of Godzilla: King of the Monsters on DVD, Yodobashi Akiba currently have a statue of the big man on display. A perfect place to snap a selfie to send to Susie Rice, whose word-of-recommendation led me to have the honour of guiding Jake and Talia around the World’s Greatest Metropolis on New Year’s Eve, 31 December 2019. Their flight from Narita was at 19:30, but that did not stop us fitting in a full 8-hour tour of Tokyo! 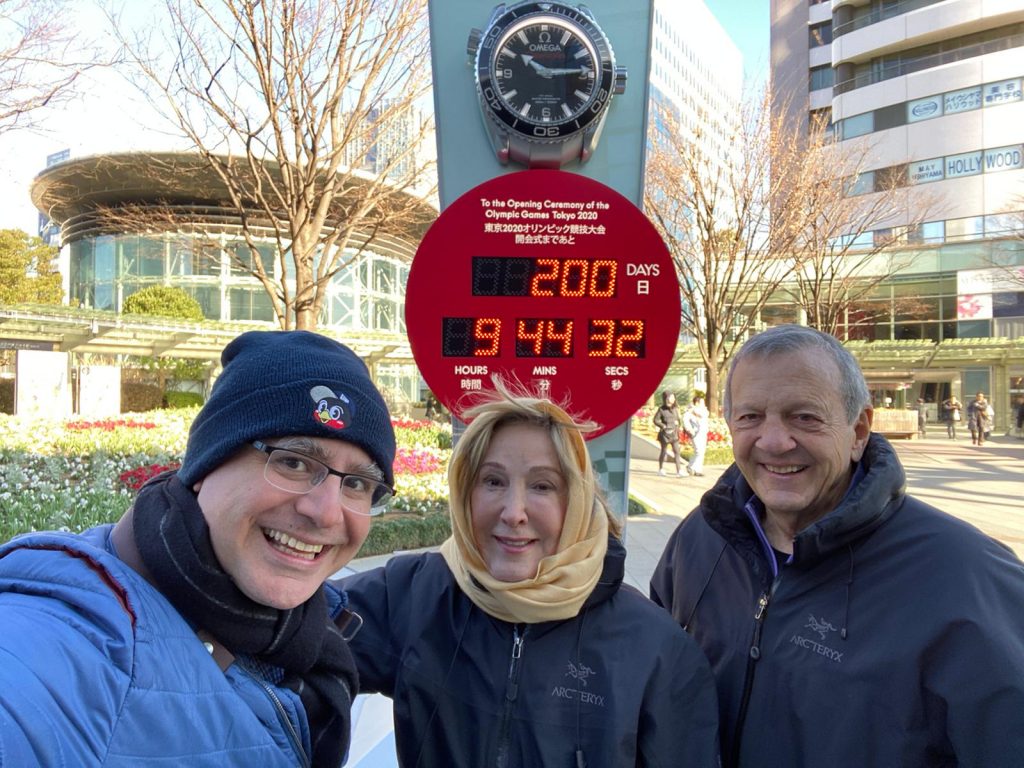 200 Days to Go with Maureen and Doug: Monday 6 January 2020 marked 200 days to go until the Opening Ceremony of the Olympic Games Tokyo 2020. Here are my guests Maureen and Doug acknowledging this event. They are touring with me for six days in Tokyo and Kyoto as a result of a recommendation from Susie (see above). Thank you to her and to everyone who has supported Maction Planet with such strong word-of-mouth recommendations. We truly appreciate it. 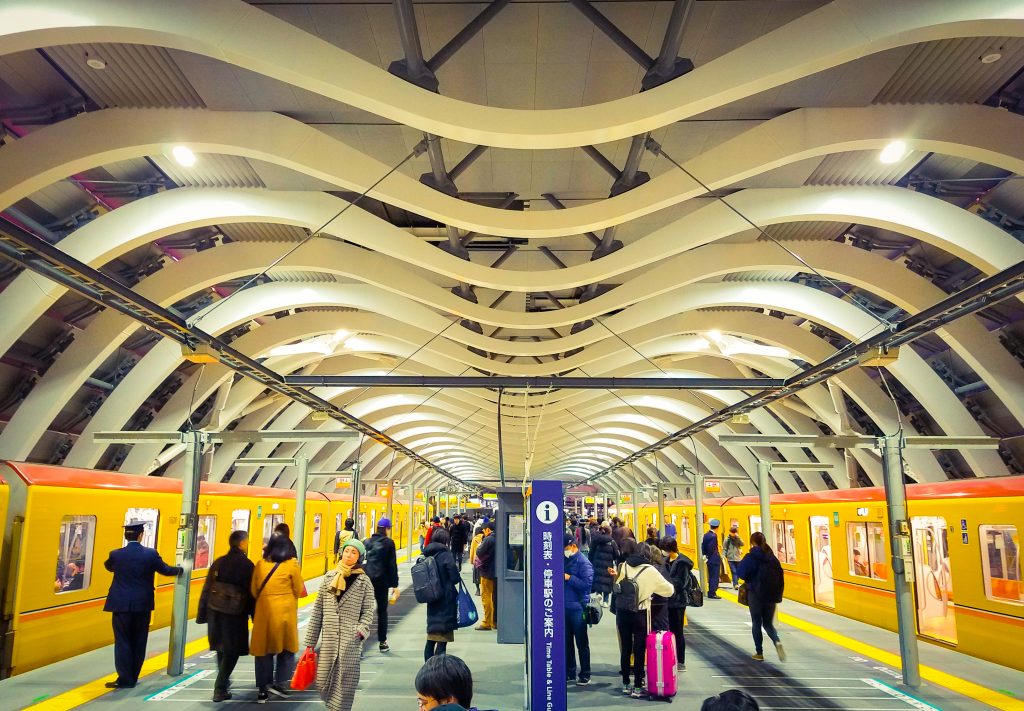 New Ginza Line Shibuya Station platform: Tokyo’s Ginza Line, the oldest subway line got a brand-new terminus on 3 January 2020. The Ginza Line’s new Shibuya Station has a platform that’s 12 metres across, twice as wide as the former one, and a wavy roof shaped like the letter M that could become a new icon of the district. We showcased the development of the new roof back in March 2019. Platform doors, elevators and restrooms at the new station are on the way. In fiscal 2018, a whopping 220,000 people used the station every day on average. To get everything in order, Ginza Line services were partially suspended for from 29 December to 3 January. This is all part of the incredible 20-year project to transform Shibuya. Woah, we’re over half-way there! 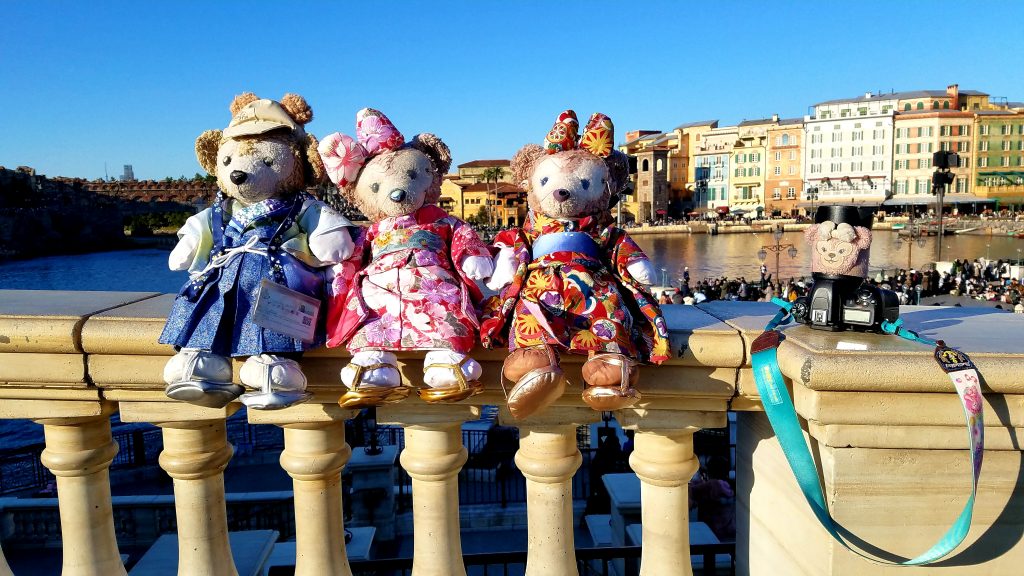 Disney New Year:  The 2020 New Year’s Program was held at Tokyo Disney Resort from January 1 through 5, 2020, featuring New Year’s Greetings parades, limited edition merchandise, seasonal foods and special park decorations. I was there to check out New Year’s Day 2020 at Tokyo Disneyland and Tokyo DisneySea, courtesy of our friends at TDR Explorer. You can learn more about the New Year’s special events here and watch the video I made here! Thanks to our partnership with TDR Explorer we have a large number of Disney fans as Maction Planet guests, who want to experience a mix of the Happiest Place on Earth and the World’s Greatest Metropolis on their vacation! Drop us a line at info@mactionplanet.com to join them! 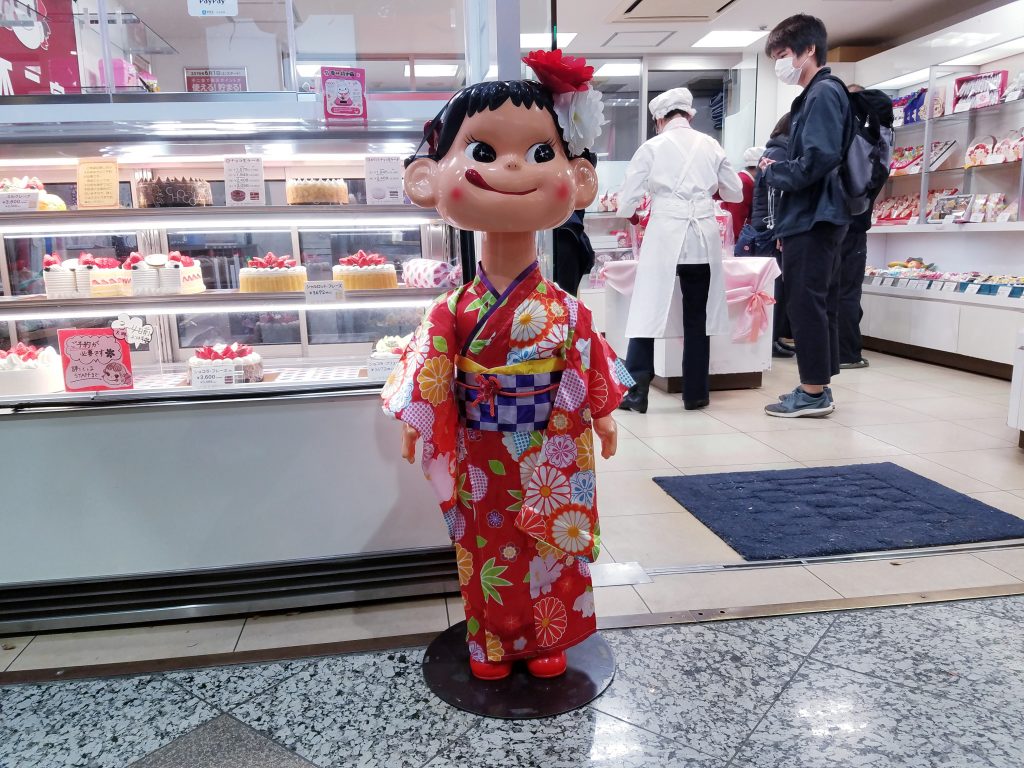 Quick change Peko-chan: Peko-chan has been featured on the Maction Planet blog multiple times in various costumes. The perennial 6 year old has many talents, but here is one I uncovered with my guests the Martinez Family on 2 January. We walked past the Nakano Broadway branch of Fujiya at around 11:15 and saw Peko-chan stylishly decked out in the kimono above. We completed our shopping at 12:20. As we were heading back to our vehicle, we spotted that Peko-chan had changed kimono! How she had done this is a complete mystery which we expect will remain unsolved until the end of time. In any case, a Happy New Year from Peko-chan and everyone at Maction Planet! 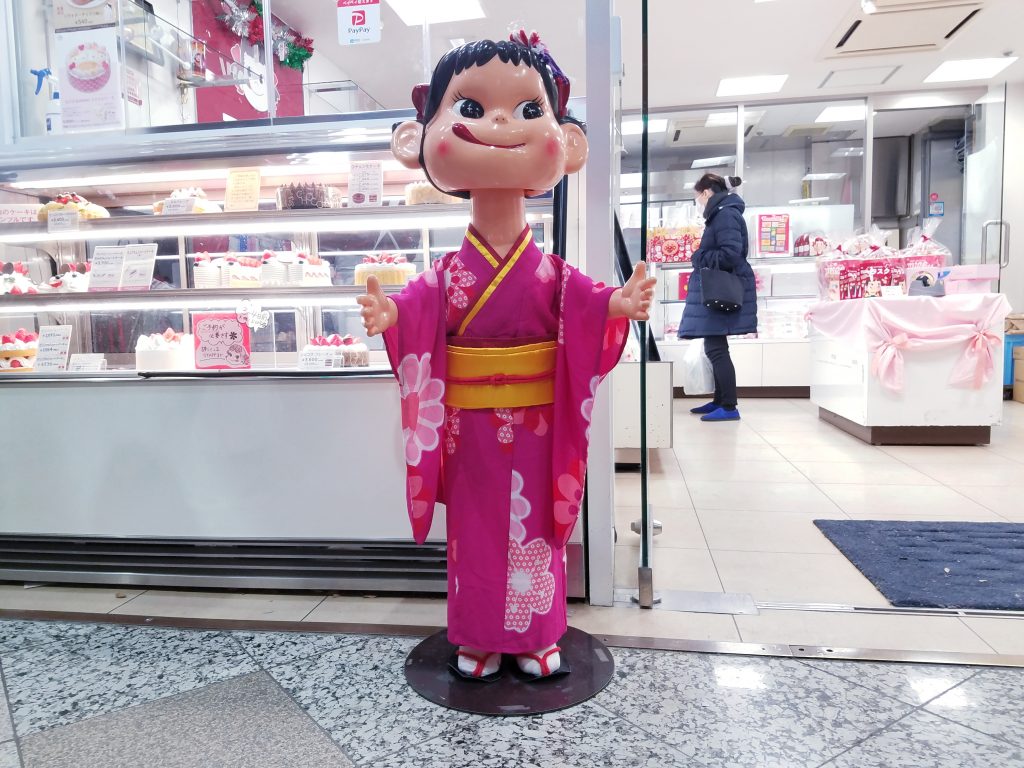