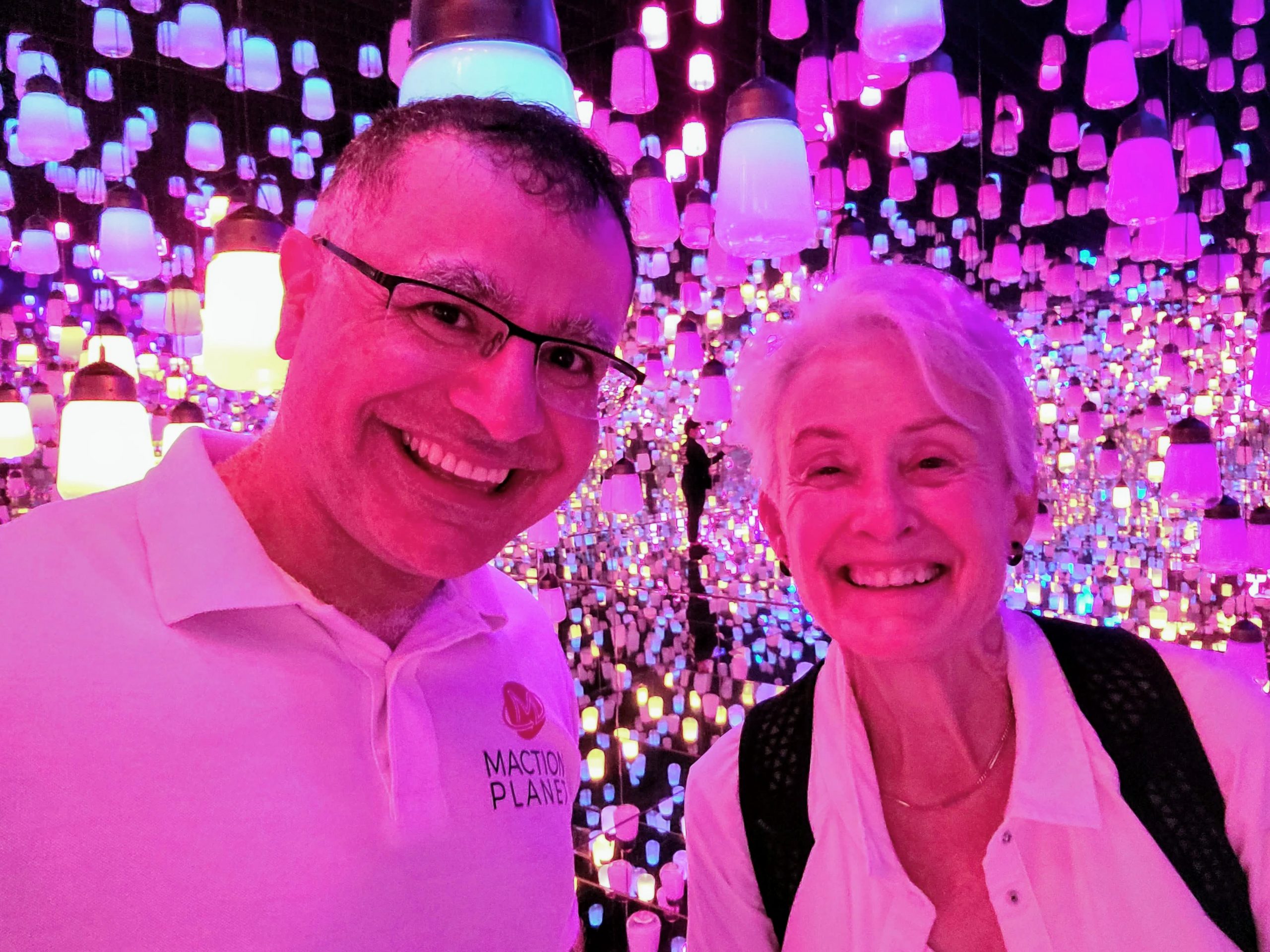 Welcome to ‘This Week in Tokyo’, a review of the Maction Planet week that was and a look ahead to what’s coming up in the city. Hosted by Mac, our Founder and Lead Guide, you can check out photos from our tours and read insights into our explorations as we get under the skin of the World’s Greatest Metropolis, and beyond! This week: Gigi in Tokyo; Goodbye teamLab Borderless – Phase 1; Making Sake on Sado: 6-month anniversary; Modern Malt Whisky Market 2022 and Lady Gaga in Tokyo-ish.

Gigi in Tokyo: It was an absolute pleasure to spend two days with Gigi in Tokyo, showing her the delights of the World’s Greatest Metropolis.

Despite the fact that Gigi had been to Tokyo many times before, every single neighbourhood that we explored was new to her. She was kind enough to write a humbling review of Maction Planet on TripAdvisor the very next day!

Gigi was another word-of-mouth recommendation from a former guest! I cannot convey how important these have been in the growth of Maction Planet, and it is great to see them still flying around as inbound tourism slowly restarts in Japan. We continue…

It’s been an incredible four-year run for MORI Building DIGITAL ART MUSEUM: EPSON teamLab Borderless, opened in June 2018 in Odaiba. Created by the world-leading international art collective teamLab, it attracted some 2.3 million visitors from over 160 countries in its first year! Roughly 50% of visitors came from overseas.

teamLab will relocate to a new location in central Tokyo’s Toranomon-Azabudai Project scheduled to open in 2023.

Gigi and I went to teamLab Borderless on its final day of opening – 31 August 2022. Thanks to A LOT of experience taking guests there we were the very first people in the venue, which allowed us to snap some incredible photos, like this one!

To celebrate, I’ve released new YouTube shorts/Instagram Reels showcasing exerts from each day of the series, and each video has a new title and thumbnail!

You can read more about the series and what I’m hoping to achieve with all this activity on the Maction Planet blog. In short, we want more people to watch it! To make that happen, I need your help! Social media can be a massive echo chamber… unless wonderful people like you share, retweet and do your thing to help eyeballs land on the project. So, if you have enjoyed the series in any way, please consider sharing it far and wide. It really helps! Enjoy, and Kanpai!

Modern Malt Whisky Market 2022: Modern Malt Whiskey Market is an industry whisky event held in Tokyo and Osaka, and it was an honour to be invited. This year the Tokyo event was held in Akiba Square in Akihabara. It was great to catch up with a number of players in the drinks, scene including Jack Chambers, brand ambassador for Westland American Single Malt Whiskey, who makes his second appearance in This Week in Tokyo! Kanpai!

Lady Gaga in Tokyo-ish: The Chromatica Ball is Lady Gaga’s sixth headlining concert tour. After two delays pandemic-related delays, it began on 17 July 2022 in Düsseldorf and will conclude on 17 September 2022 in Miami Gardens. Along the way, she found time to stop off in Tokyo… well, technically Saitama, at the Belluna Dome, for two nights of large on 3 and 4 September. Check out that incredible set!