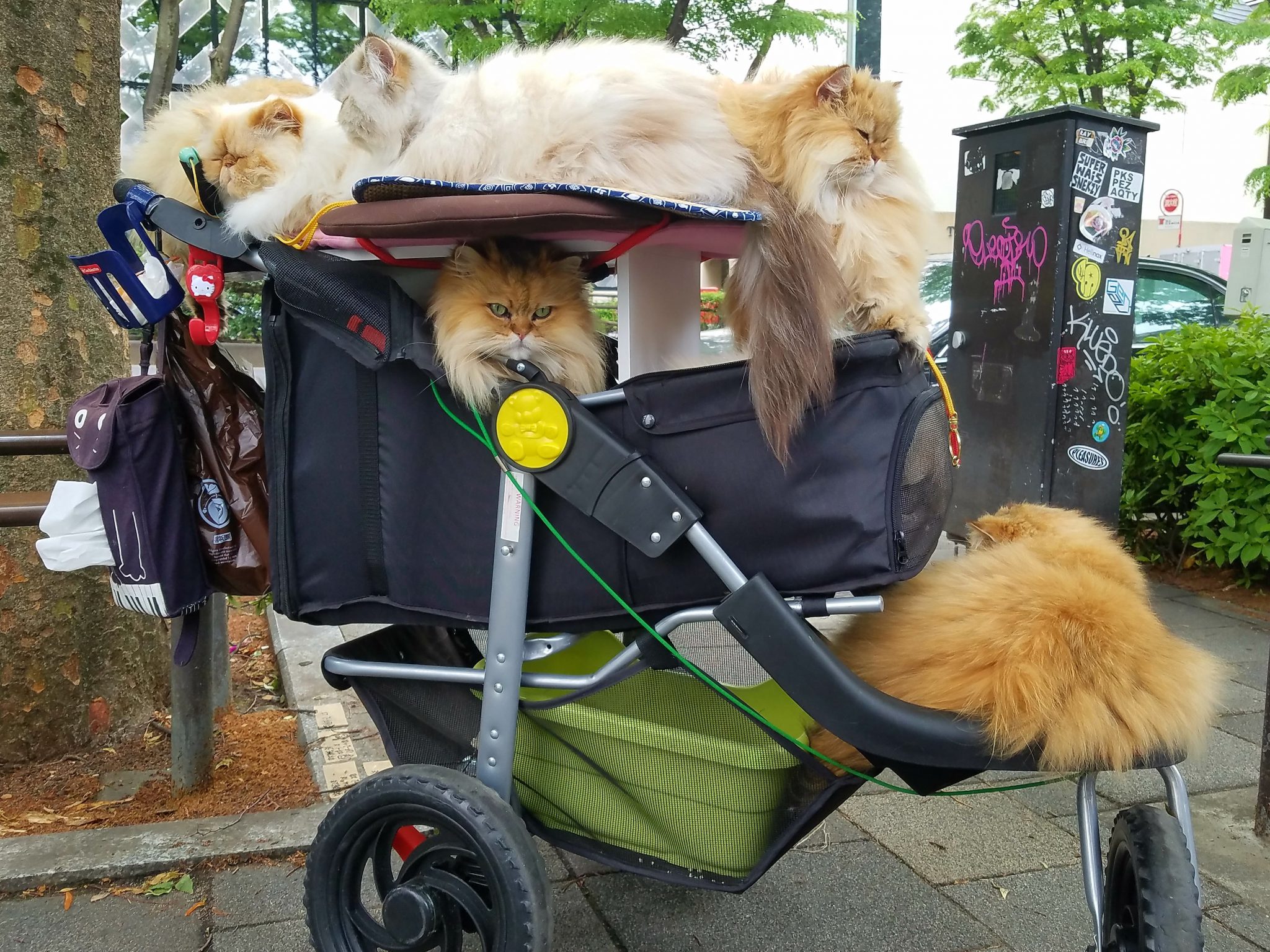 This Week in Tokyo – 5 May 2020: Second Anniversary Celebration!

Welcome to the second anniversary edition of This Week in Tokyo. That’s right, it’s been two years since we first began a weekly roundup of the Maction Planet week that was and our look ahead to what’s coming up in and beyond the World’s Greatest Metropolis.

We like celebrating anniversaries at Maction Planet. In this week’s edition I wanted to take a look back at some ‘This Week in Tokyo’ milestones: the first installment, the top five most read posts of the last two years and, as I like backing the underdog, the least read!

Where it all began: It feels like only two years again since we began This Week in Tokyo with the 8 May 2018 edition! This set the tone for the format – typically 5 photos per week – content we would showcase. The featured photo was an image of Godzilla holding a credit card, alongside which we featured a photo of my guests and I with Tokyo Yakult Swallows Mascot Torukuya, the infamous Persian Cats of Masahiko Suga (above), a Rilakkuma-adorned Keikyu train celebrating the bear’s 15th anniversary and the door’s of the Egyptian-inspired doors of the Asia/Pacific Cultural Centre for UNESCO in Fukuromachi. Along with each image came an explanation of the story behind it and some tidbits on history, culture and context. 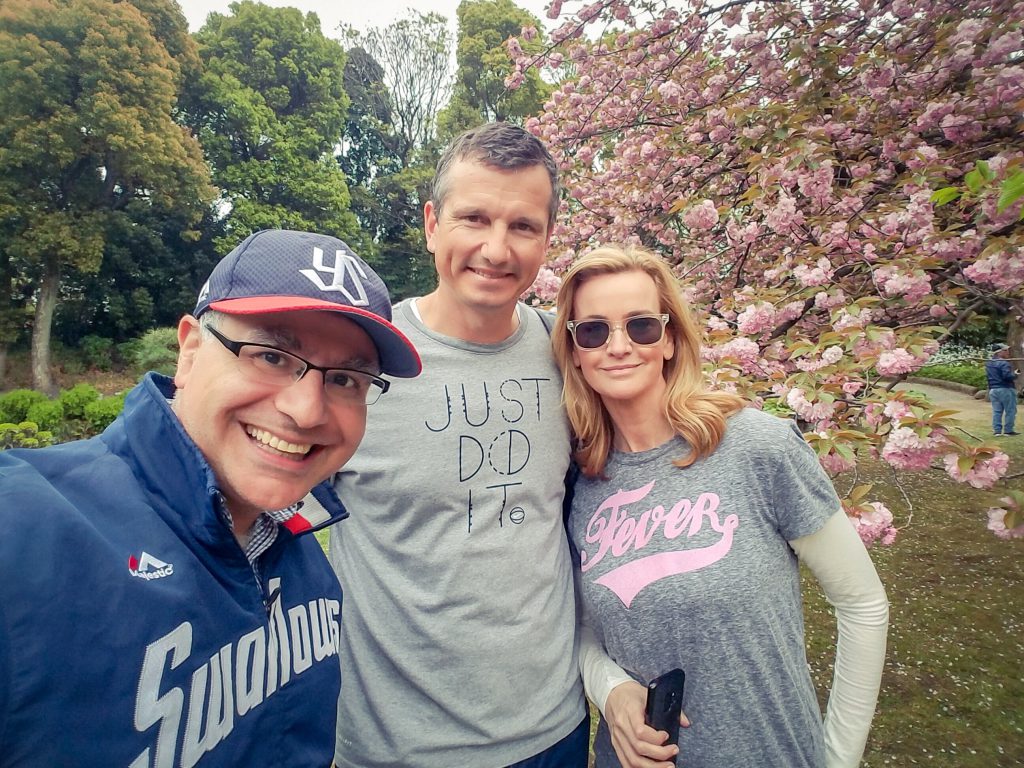 1st – Daphne Deckers and Richard Krajicek do Tokyo: The lead photo of the most read ‘This Week in Tokyo’ of all time, from 23 April 2019 featured writer, model and TV presenter Daphne Deckers and 1996 Wimbledon Champion Richard Krajicek. I hosted them for a day of adventures in the World’s Greatest Metropolis. We had lots of fun exploring the backstreets of Tokyo and its ramen, shops, shrines, temples and more. I was honoured to be given a shout-out on Daphne’s social media, where she has almost 100,000 followers! Just yesterday Daphne posted a photo from their trip on her Instagram and recommended Maction Planet in a comment, which led to us gaining some new Dutch followers on Instagram! We truly appreciate the continuous support we receive from all our guests. 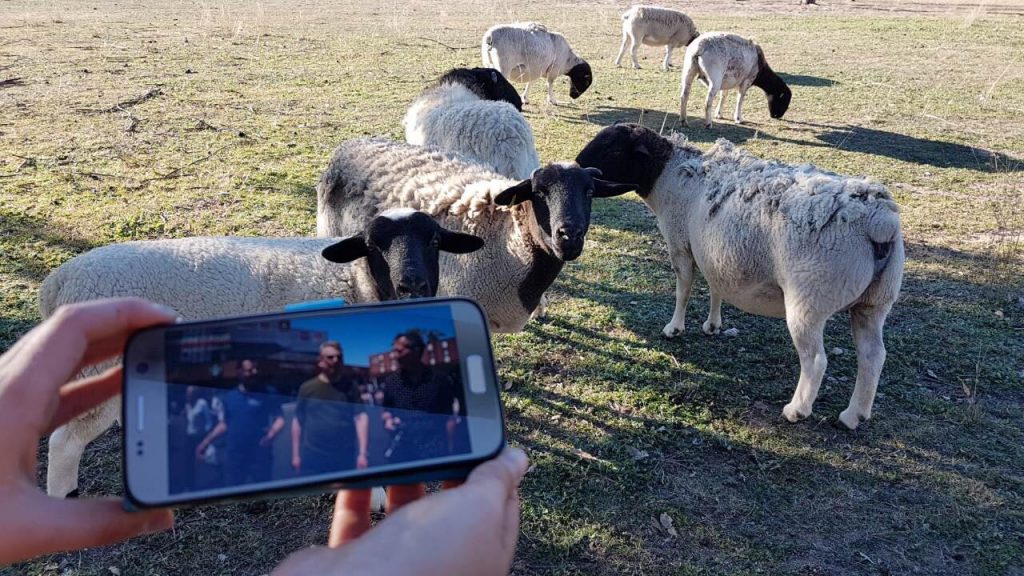 2nd – This Week in Tokyo goes global!: The Maction Planet adventure has taken some interesting twists and turns over the last three years. Last year I was headhunted by NHK to be the tour guide for their new programme ‘Triangle Thrillers’.  The show follows 3 foreigners, a lawyer (Rich), a photographer (Jeff), and a tour guide (me) exploring Japan. In the first episode we visited Osaka. From cheering alongside passionate baseball fans at Hanshin Koshien Stadium, to interacting with Osaka Prefecture’s friendly merchants and everyday people in Japan’s longest shopping arcade, we wandered into a number of fascinating situations and discovered the wonders of western Japan’s largest city and the warmth of its people. The reaction from the worldwide Maction Planet family was incredible. We started receiving photos of fans watching the show around the world – the US, UK, China, Dubai and Peru, amongst others! As a result of this, the 2 July 2019 edition of ‘This Week in Tokyo’ went global, showcasing our favourite shots. The above photo didn’t make it in time for that week’s edition, but I absolutely loved it! I am really happy to be able to include it here. It’s from Tacha and her sheep in Tamworth, New South Wales, Australia. Thank you to everyone who sent in photos. They meant the world to me.

The first Triangle Thrillers is available on NHK WORLD on demand until 26 June 2020 here! Since then we filmed and released (on Christmas Day!) a second episode in which the crew explore Yamanashi, also available on NHK WORLD on demand until 25 December 2020 here! The filming of new episodes has been derailed by COVID-19, but as soon as possible further Triangle Thrillers should hit your screens. 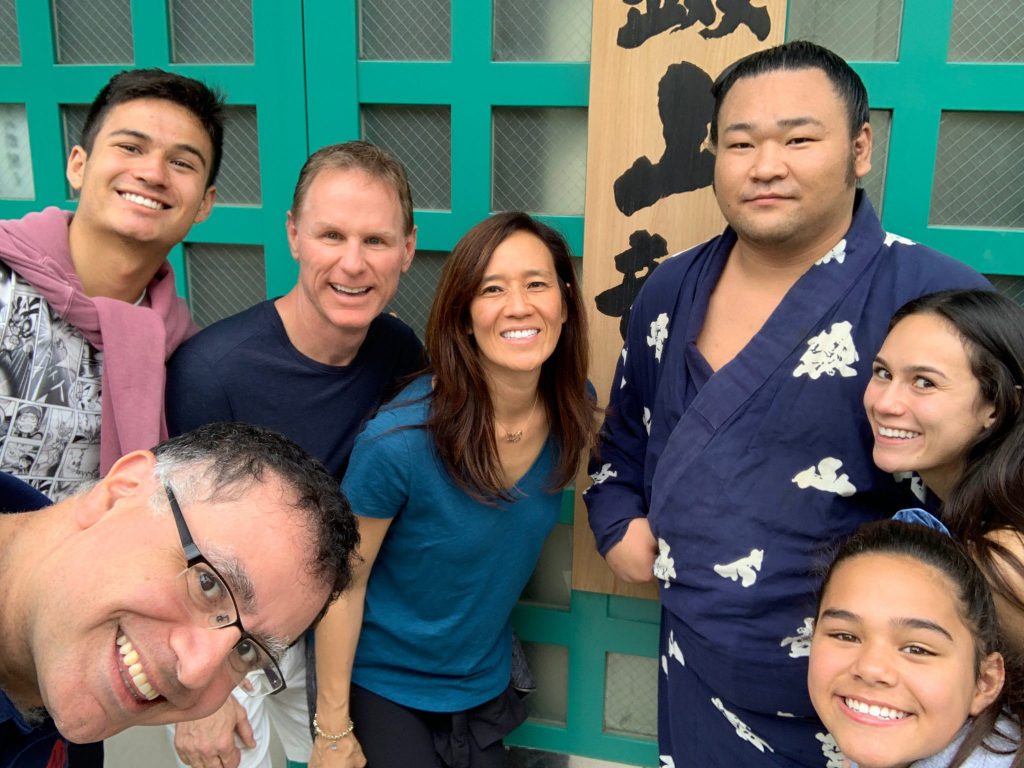 3rd – The LA(M) Train: A nationwide This Week in Tokyo, Kyoto, Nara and Hiroshima -11 June 2019 featured the Bradford Family and our adventures around Japan. I was honored to host Lance, Leilani, Luke, Lex and Ashlee AKA the LA Train for the entirety of their 11 days in the country on a Maction Planet Pan-Japan Tour. It was an even bigger honour when they adopted me into their family, thus creating the international consortium known as the LA(M) Train. Watch out world! This special bumper edition featured 9 selfies I had taken around the country – at Fushimi Inari, the Robot Restaurant, Meiji Jingu, with a Sumo wrestler (above), at Miyajima, in the backstreets of Gion and more. I couldn’t believe it when I found out that the entire family had already written reviews of our time together on TripAdvisor within 12 hours of our time together ending (read them here, here, here, here, and here). The relationships I have built with guests is one of the true highlights of doing what I do. I love you all! 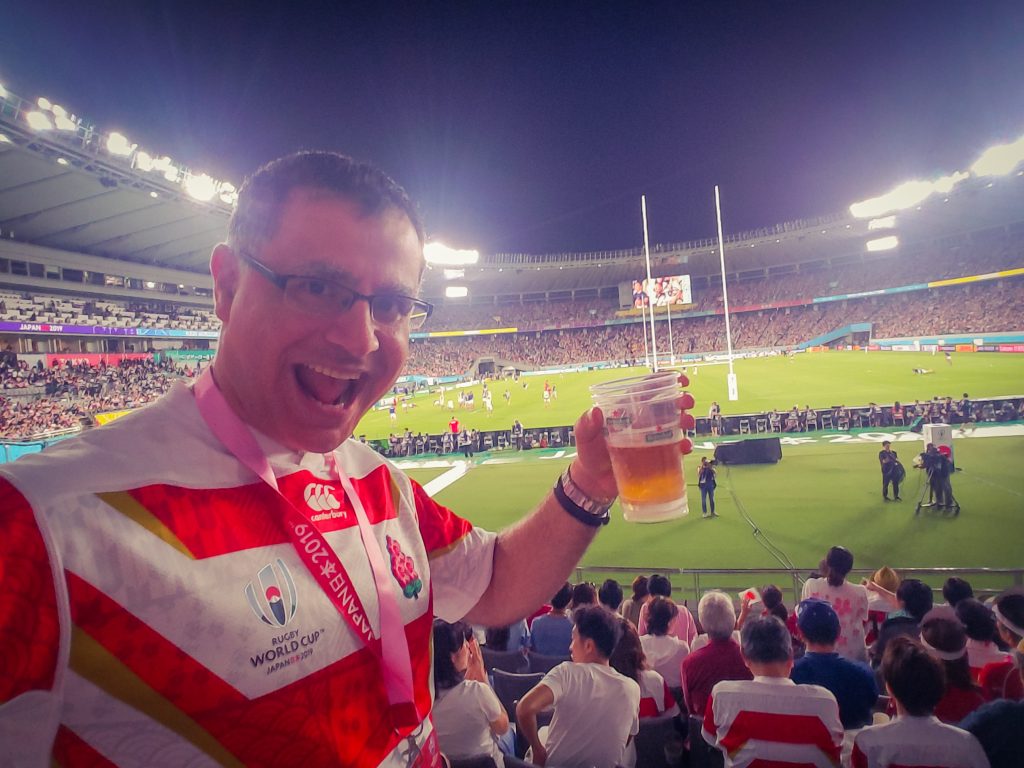 4th – Rugby Mania hits Japan: It has been just over 6 months since the Rugby World Cup 2019 Final capped an incredible 6 weeks in Japan that none who were part of will ever forget. The tournament kicked off on Friday 20 September 2019, so ‘This Week in Tokyo and Yokohama – 24 September 2019’ was a rugby-dominated edition given that I had attended three matches on the opening three days: Japan vs Russia, New Zealand vs South Africa and Ireland vs Scotland. Despite this rugby-intensive schedule, I still managed to sneak in a photo with Sumo Mascot Hiyonoyama and the special press preview of ‘Jean-Michel Basquiat: Made in Japan’ where I got to meet curator Dieter Buchhart.

I made videos of each of the games I attended during RWC2019. Our coverage got a lot of attention and led to me being featured on a lot of Japanese media, including TBS’s flagship new show N-sta! 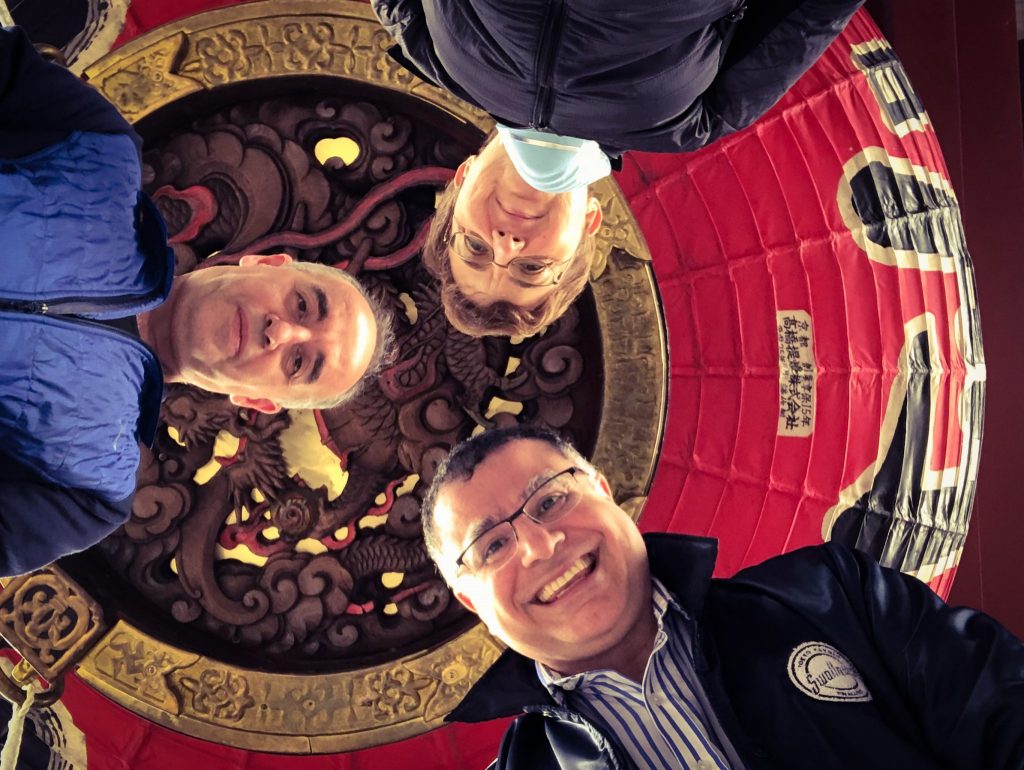 5th – Vel and Mariana hit Tokyo: While the above four ‘This Week in Tokyo’s have something special about them – celebrities, international sporting events, cross-country adventures or TV premiers – I am really pleased the 18 February 2020 edition made it into the Top 5. It reflects a week of ‘business as usual’ at Maction Planet, although given every we do is bespoke there was nothing usual about it! That week I had guided guests Vel and Mariana for 4 days in Tokyo and I showcased some of the great photos from our time together. The featured photo of the post itself is of the couple drinking Baird Beer on a bespoke Tokyo IPA Tour, but the one above is from us under the Kaminarimon lantern. I loved this photo so much I used it when we published ‘An Ode to Kaminarimon: The incredible history of Sensoji’s famous Thunder Gate‘.

On Monday 17 February Vel and Mariana left the World’s Greatest Metropolis to continue their Japan adventures with other members of the Maction Planet team in Kyoto, Osaka, Nara and Hiroshima. They wrote a testimonial on TripAdvisor (composed while on the Shinkansen from Tokyo to Kyoto) which is truly humbling. I cannot thank them enough for their kind words and for choosing Maction Planet. 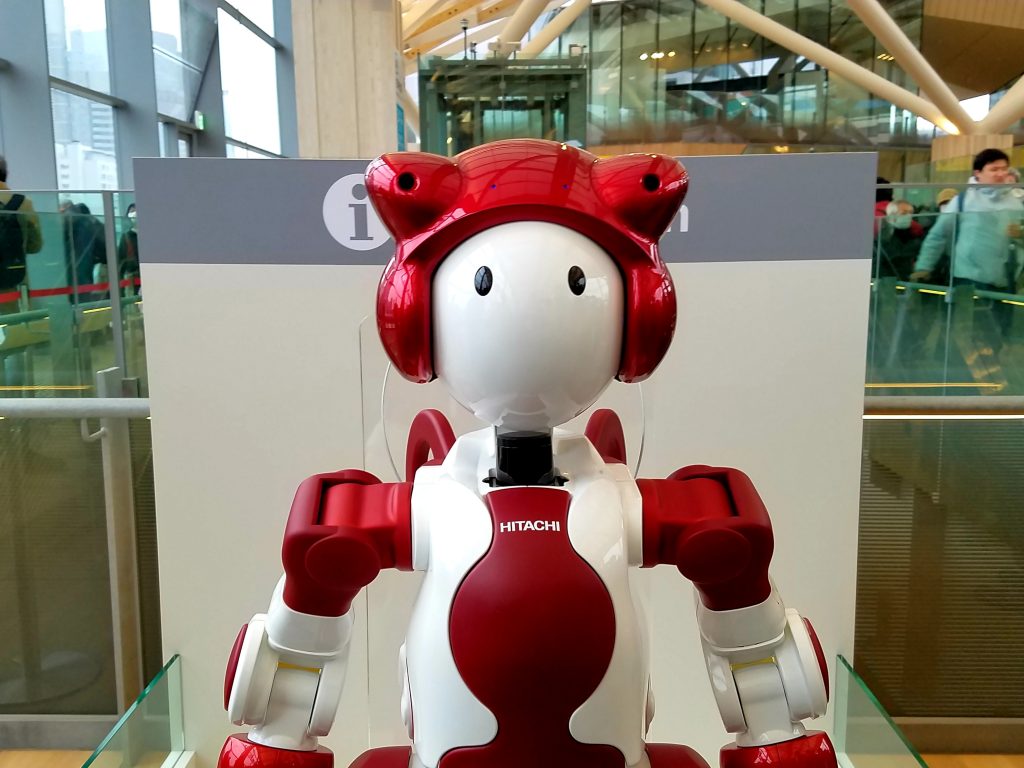 104th – Godzilla and EMIEW3 are sad: I have no idea why ‘This Week in Tokyo – 17 March 2020’ takes the dubious honour of being the least read edition of the last two years, especially when Godzilla was the star of the featured photo. Regardless, now is its time to shine! The King of the Monsters shared the bill with Hitachi’s EMIEW3 robot (above), 70 generations of Sony’s radios playing Queen’s classic ‘Radio Ga Ga’, the Liberty Bell in Tokyo and our respects for the 9th anniversary of the Great East Japan Earthquake.

I hope you enjoyed that look back over the last two years of Maction Planet history. It has been  an incredible journey. All that remains is for me to thank all our tour guests, blog readers and all those who have liked and shared our content on social media. Until next week, we continue…