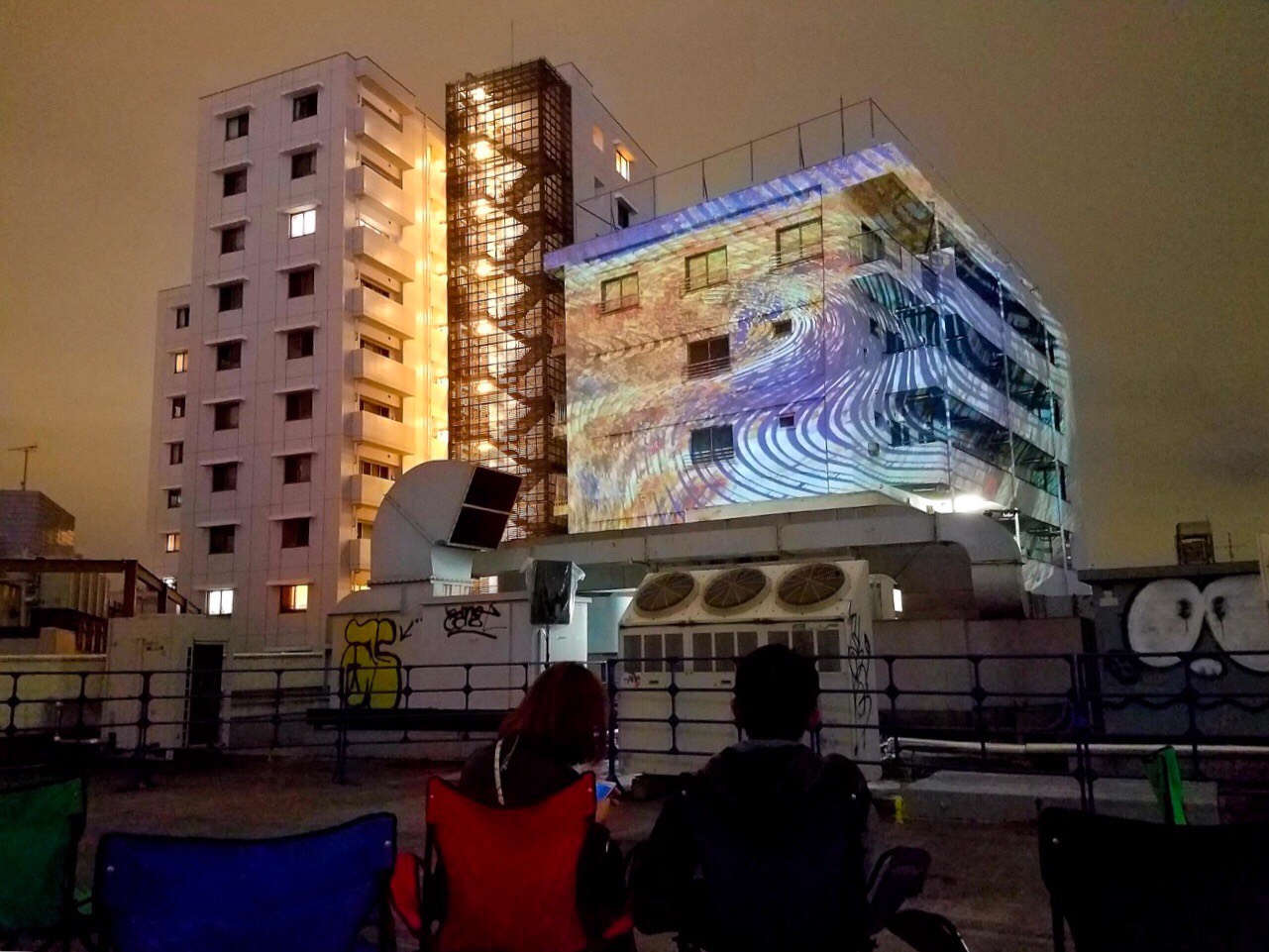 The latest edition of This Week in Tokyo – a review of the Maction Planet week that was and a look ahead to what’s coming up in and beyond the city. Check out photos from our tours and read insights into our explorations as we get under the skin of the World’s Greatest Metropolis. This week’s edition is hosted by Mac, Founder and Lead Guide of Maction Planet. This week: Arigato Sakuragaoka; Hachiko x World Aids Day; Michael Kenna in Tokyo; Autumn Limited Ramen and Stan Lee remembered.

Featured image – Arigato Sakuragaoka: Shibuya is changing  dramatically. We are in the middle of an epic twenty year project which is seeing the entire neighbourhood transform – new subway lines, old train lines moved and sunk to improve connections and six new skyscrapers rising as major landowner Tokyu Corp. transforms the district surrounding Shibuya station. The Sakuragaoka area is currently a ghost town as shuttered shops are awaiting demolition to being at the end of year. To give the entire area a send-off of sorts, art collective Art Photo Tokyo took over the former Yamaha Electone Building in the district  from 16 November to 2 December and used it to host art and photography connected to the area alongside incredible music events. I attended Tokyo Techno Society #5 on 29 November, enjoying sounds from DJ Nobu (Future Terror, Bitta); Wata Igarashi (Time To Express/Midgar); Iori (Bitta/Semantica); Haruka (Future Terror) and So (Mindgames/The Labyrinth). It was an incredible experience from top to bottom, literally – our featured photo shows the view from the roof with incredible digital projections onto the surrounding (some soon-to-disappear) buildings. It was a privilege to be able to share this incredible event with our tour guests on multiple occasions… another reason why Tokyo truly is the World’s Greatest Metropolis. 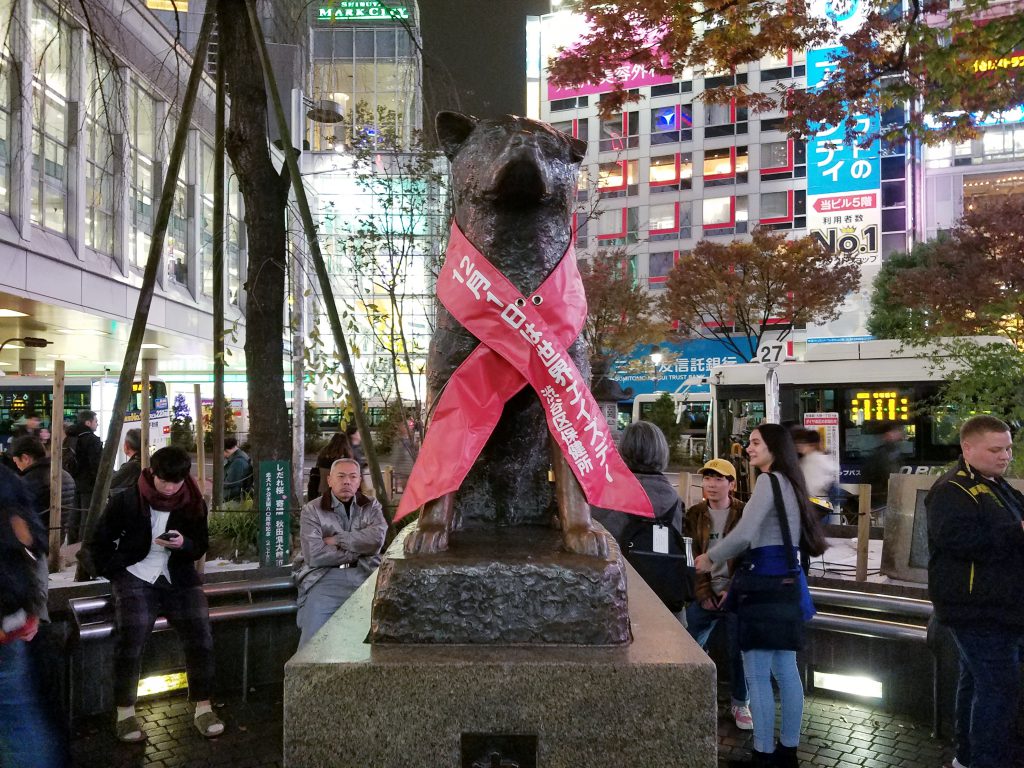 Hachiko x World Aids Day: The Hachiko dog statue in front of Shibuya Station sported a red ribbon in the run up to World AIDS Day on 1 December. This year was the 30th Anniversary of the first World AIDS Day back in 1988 which was the first ever global health day. It’s an annual reminder of the continuing fight against HIV, and a chance to show support for people living with HIV and to remember those who have died from an AIDS-related illness. 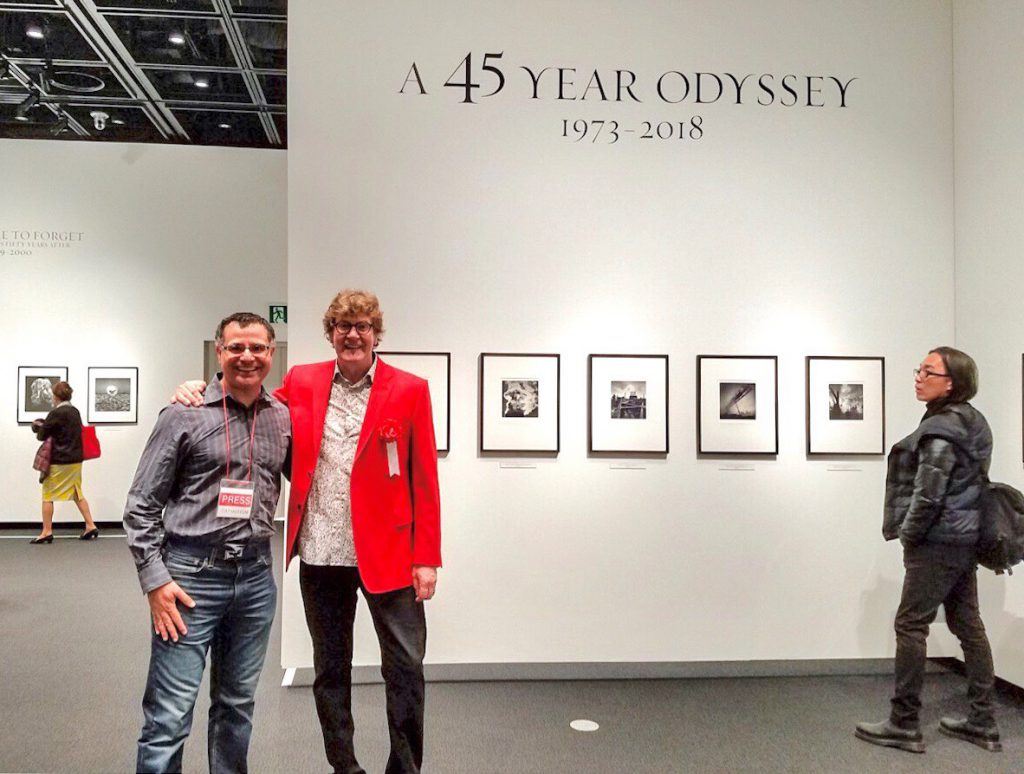 Michael Kenna in Tokyo: Michael Kenna is without a doubt one of the most acclaimed landscape photographers alive. Born 1953, the English photographer is best known for his unusual long exposure black and white landscapes. His photographs have been the subject of some 50 monographs and are held in the collections of over 100 museums worldwide. Michael’s first trip to Japan was in 1987 when he photographed shrines and temples in Kyoto and Nara. He has since visited the landscapes of Hokkaido. Honshu, Shikoku, Kyushu and Okinawa. It was an honour to meet Michael Kenna in Tokyo in his exhibition  “A 45 Year Odyssey, 1973-2018” which runs at the Tokyo Photographic Art Museum (TOP) until 27 January 2019. I was in the TOP for the press day of “Things So Faint But Real: Contemporary Japanese Photography vol. 15” which also runs until 27 January 2019. I highly recommend both exhibitions for any photography fans coming to Tokyo. 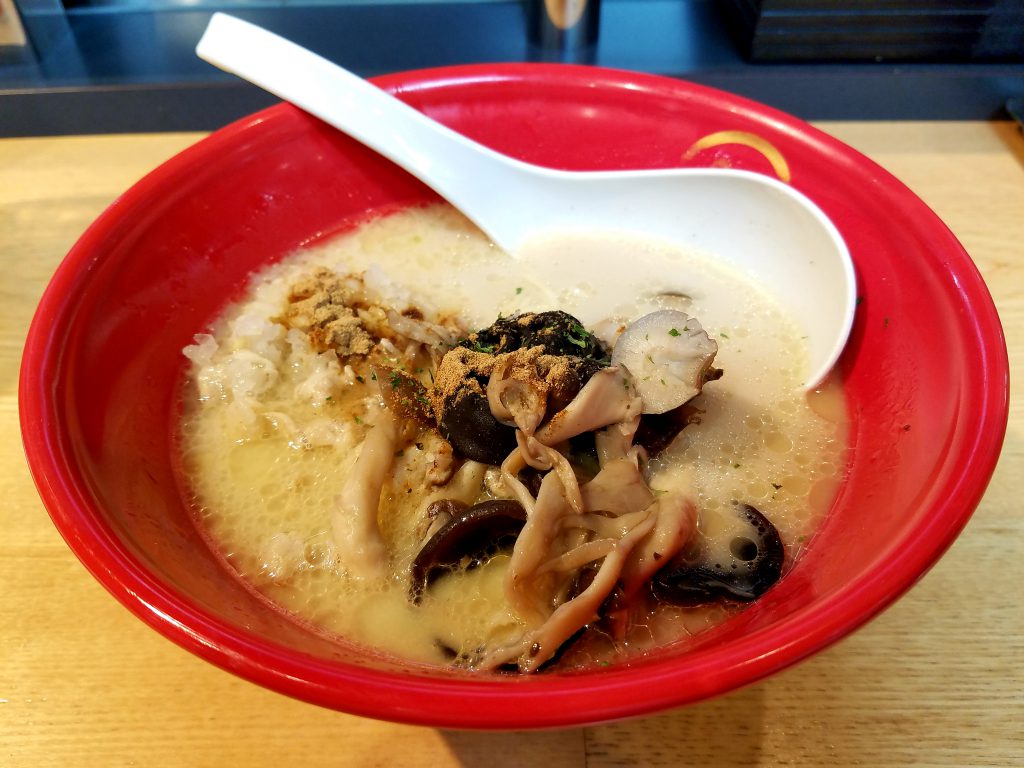 Autumn Limited Ramen: ‘Tokyo Tonkotsu Base: Made By Ippudo’ is a Hakata-style tonkotsu ramen chain with several shops in the Greater Tokyo Area, including at Kaihin Makurhari Train Station (海浜幕張駅). On my way to Tokyo Comic Con (see below) I decided to slurp a quick bowl… and didn’t regret it. This autumn limited edition tonkotsu with shredded pork and mushrooms is great. As my tour guests know Ippudo is nowhere near my favourite ramen chain but this bowl did the job. 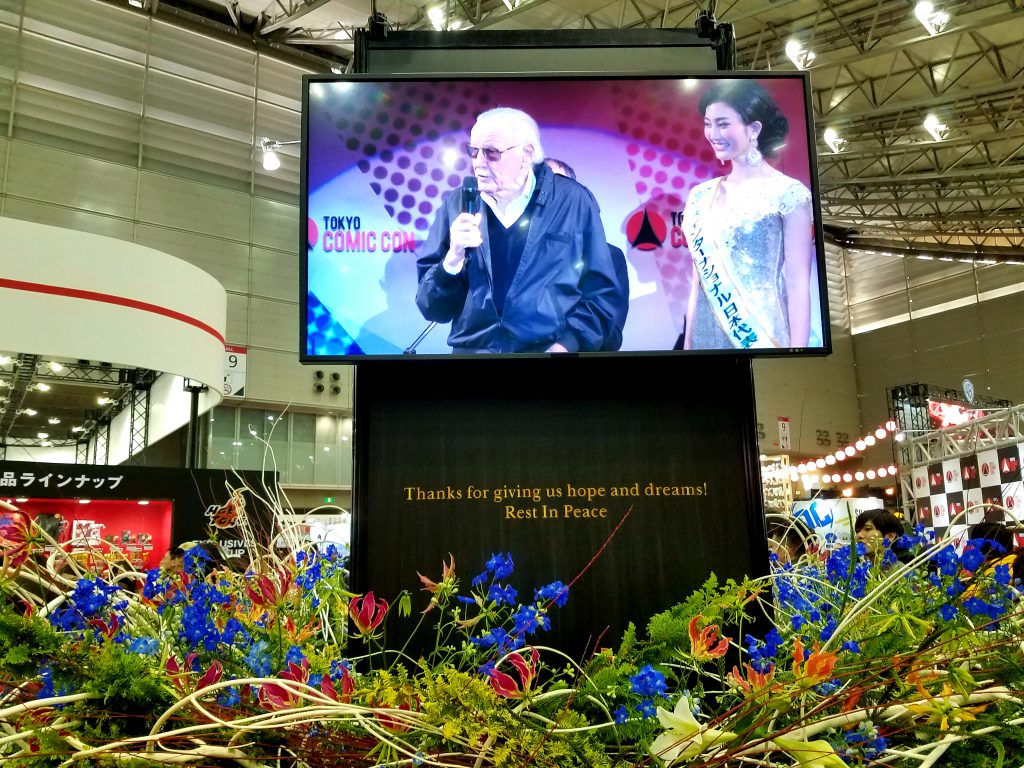 And finally – Stan Lee remembered: This poignant memorial to legendary comic creator Stan Lee was at Tokyo Comic Con 2018 last weekend. Stan visited Tokyo in 2016 and 2017 for the first and second editions of Tokyo Comic Con. I wrote a tribute to Stan and his legacy which you can read here. It was great to see him honoured in this fashion at one of the final big events he attended. “Thanks for giving us hope and dreams”. You can see more of the memorial at the 18m08s mark of this walkthrough video I shot of the Tokyo Comic Con 2018 showfloor.

For more from Tokyo Comic Con check out all our coverage here. Our walkthrough video was featured on Bleeding Cool, one of the world’s biggest comics, movies, TV and games websites. We have also run pieces on the amazing cosplay on show at the con, all the Godzilla: King of the Monsters news and a Warner Bros./DC Comics mikoshi!