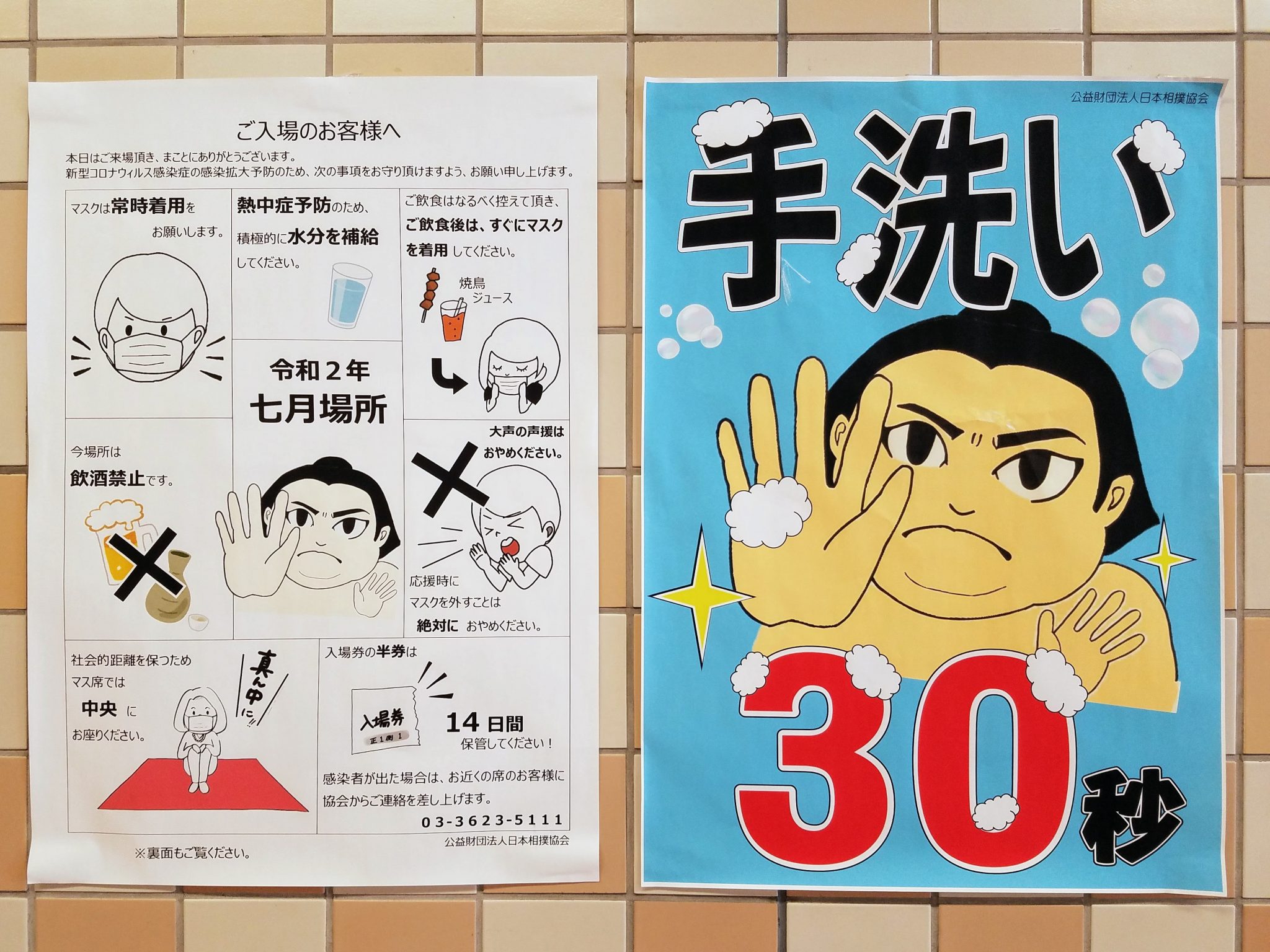 Welcome to the another multi-venue ‘This Week in Tokyo’! ‘This Week in Tokyo’ is a review of the Maction Planet week that was and a look ahead to what’s coming up in the city. Check out photos from our adventures and read insights into our explorations as we get under the skin of the World’s Greatest Metropolis, and beyond. This week’s edition is hosted by Mac, our Founder and Lead Guide. This week: Sumo handwashing; Terunofuji triumphs; Hachiko and Aogeru – Together again for the final time; Pepsi Salt and Litchi and Hiroshima in my heart.

It’s my 14 year anniversary of living in Tokyo! Thank you to everyone who has supported me over the last 14 years in the World’s Greatest Metropolis, and beyond. You can read my thoughts on this anniversary, and reflections on the previous year, in the imaginatively-titled “’14th Anniversary of Moving to Tokyo’ post“.

Featured image – Sumo handwashing: On Sunday 2 August I attended the senshuraku, the final day of the July 2020 Sumo Grand Tournament. This tourney is traditionally held in Nagoya, but it was moved to Tokyo to cut down on travel during the pandemic as the majority of Sumo stables are in the Greater Tokyo area. Only 2,500 tickets per day, around one-quarter of the capacity of the Ryogoku Kokugikan sumo stadium, were sold. A lot of precautions were taken. The queue to get in was managed in a responsible, socially distanced manner. Masks were compulsory. When you entered the stadium you were asked to use hand sanitiser, followed by a temperature check. Most food venues were closed. No alcohol was sold. You were politely requested to refrain from cheering. Given his strength, I strongly urge you to follow the advice of this sumo wrestler and wash your hands for 30 seconds. Perhaps due to their size, the WHO advice of 20 seconds doesn’t cut it for these massive units. Even Enho (header image, facing camera), one of my favourite wrestlers, who is pint-sized by comparison, weighing in at 96kg! 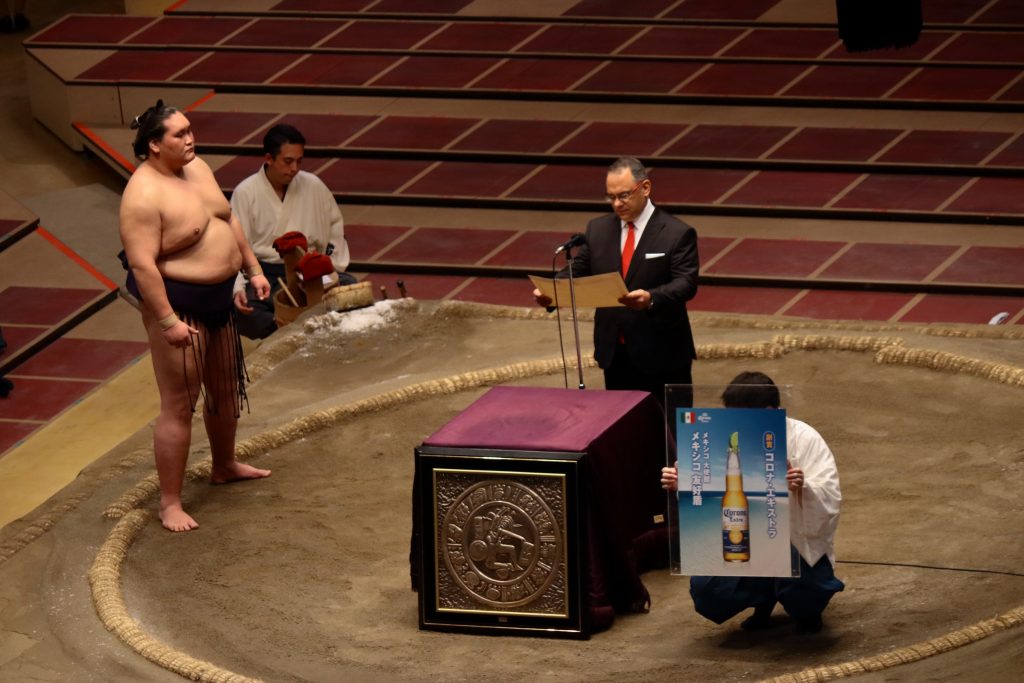 Terunofuji triumphs: Congratulations from all at Maction Planet to Terunofuji, who completed a remarkable comeback by winning the July Grand Sumo Tournament, the first grand tournament held in four months following the cancellation of May’s event due to COVID-19. I was honoured to witness the 28-year-old, fighting as maegashira 17, clinch his first championship since his victory at the 2015 Summer Grand Tournament. Terunofuji last fought in the top makuuchi division in January 2018, before injuries to both knees and illness derailed his career. He was demoted from the second-tier juryo division after the 2018 May Grand Tournament. He then missed four straight grand tournaments before beginning his comeback in March 2019’s Spring Grand Tournament in the second-lowest division, the jonidan, where he had bottomed out at number 48. An inspirational story.

Here’s my favourite photo of the day, a sign of times. The Mexico Friendship Trophy was first awarded in 1981. The trophy is a silver plaque replica of the famous Chinkultic disc, a ballcourt market used in the Mesoamerican ballgame. Perhaps more usefully, a year’s supply of Corona beer is included! 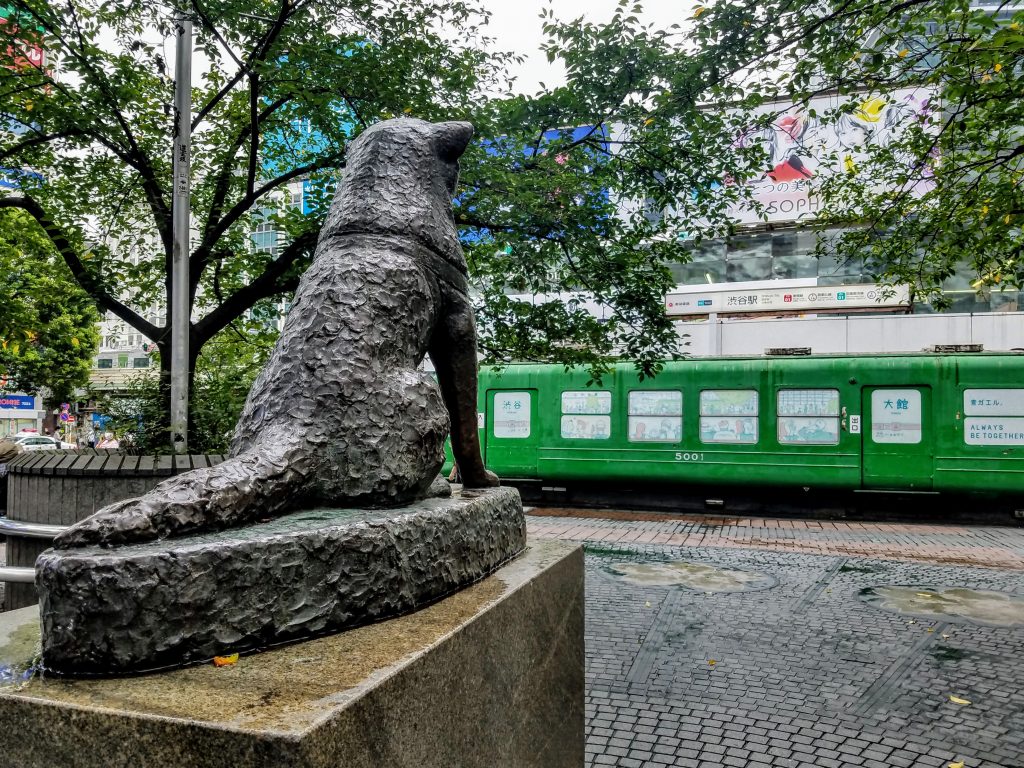 Hachiko and Aogeru – Together again for the final time: Here’s a photo that you cannot take again, and it’s not for the reasons you think! Yes, I’m practising my clickbait. On Friday 31 July I was conducting some business in Shibuya. It was around 10:00, which is when, pre-pandemic, crowds of tourists would begin forming around the statue of one of Tokyo’s most beloved residents, the infamous Akita dog Hachiko. I snuck around the back of the statue to grab a photo of this lack of people. What now gives this photo historic importance is that the green train car in the background is gone. Nicknamed the aogeru (green frog), it was relocated to Odate City in Akita, the northeastern Japan birthplace of Hachiko on Monday 3 August. Cranes came in at 01:30 to begin moving it and it will get to Akita on Thursday 6 August. It will be used at a tourist facility promoting the Akita breed. The train car, a Tokyu Railways carriage of a type in service from 1954 to 1986, had been part of Hachiko Square since 2006. In fact, I distinctly remember that one day it wasn’t there, and the next day it was! I was always a little confused by its purpose. Ostensibly a tourist information, it didn’t seem to have a lot of tourist facilities. I only ever saw locals in there, who knew they could head in to sit down while waiting for someone as one of Tokyo’s busiest meeting spots. The train car’s move is part of the incredible 20-year transformation project that Shibuya is undergoing. I do like the fact that they found a ‘lateral’ move for the car, and it will remain connected with Hachiko in spirit. 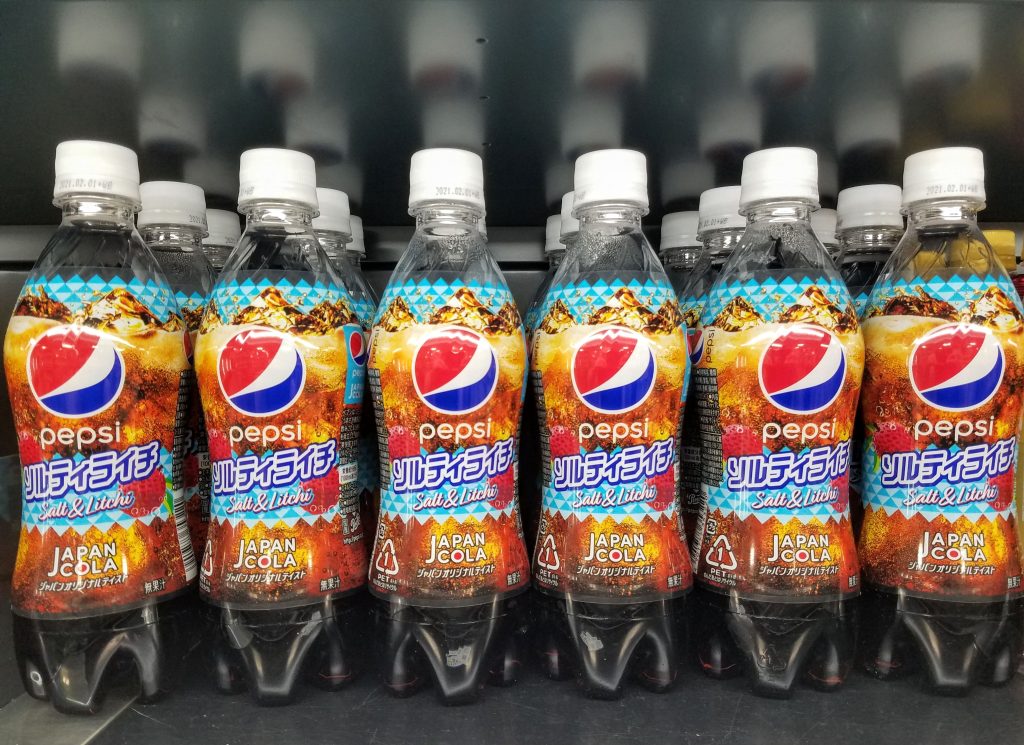 Pepsi Salt and Litchi: Last week a new, mysterious Pepsi flavour emerged on the shelves of Japan’s supermarkets. This variant of Pepsi’s only-in-Japan ‘Japan Cola’ arrived with no fanfare whatsoever. Followers of the Maction Planet YouTube channel are familiar with our love of Japan-only sodas, such as the Vanilla Float Coca-Cola and Strawberry Coke flavours which we have featured in our ‘Tokyo Taste Test‘ series. So, how does this measure up? You will have to look forward to a new episode of Tokyo Taste Test to find out. 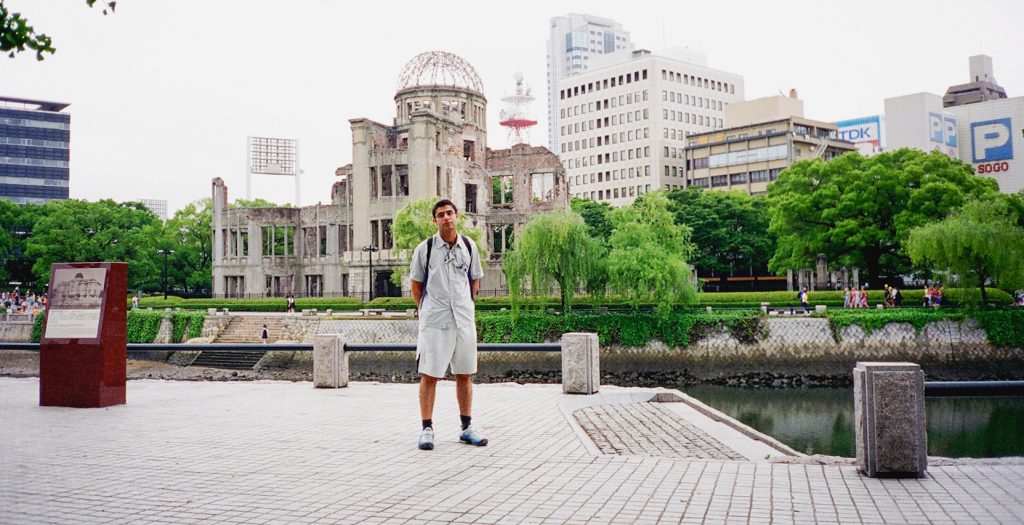 Hiroshima in my heart: This week marks the 75th anniversary of the deployment of nuclear weapons by the United States on the cities of Hiroshima (6 August 1945) and Nagasaki (9 August 1945). 75 years ago today, at 08:15, the United States military deployed a nuclear weapon over the city of Hiroshima. This photo was taken when I first visited Hiroshima in June 2002, when I came to Japan for the World Cup. Every time I visit the A-Bomb Dome (pictured) and Peace Park I am as deeply affected as I was back then. At the time I had no idea I would be guiding guests in Hiroshima 15 years later. To do the victims and survivors justice and to honour their memory I studied voraciously, reading survivors’ testimonies and original documents from the 40s and 50s. I’ve met with Hibashuka, the survivors of the bombings, and listened to their accounts of facing the unspeakable horror head-on. We should never shy away from history, however traumatic. It is the only way to ensure it is never repeated. The rebuilding and recovery of both cities is nothing short of miraculous. However, to this day the effects of this unspeakable tragedy continue. Naive as it may be, I dream of a world without the need for such weapons of horrific destruction to even exist. Until then, we continue…