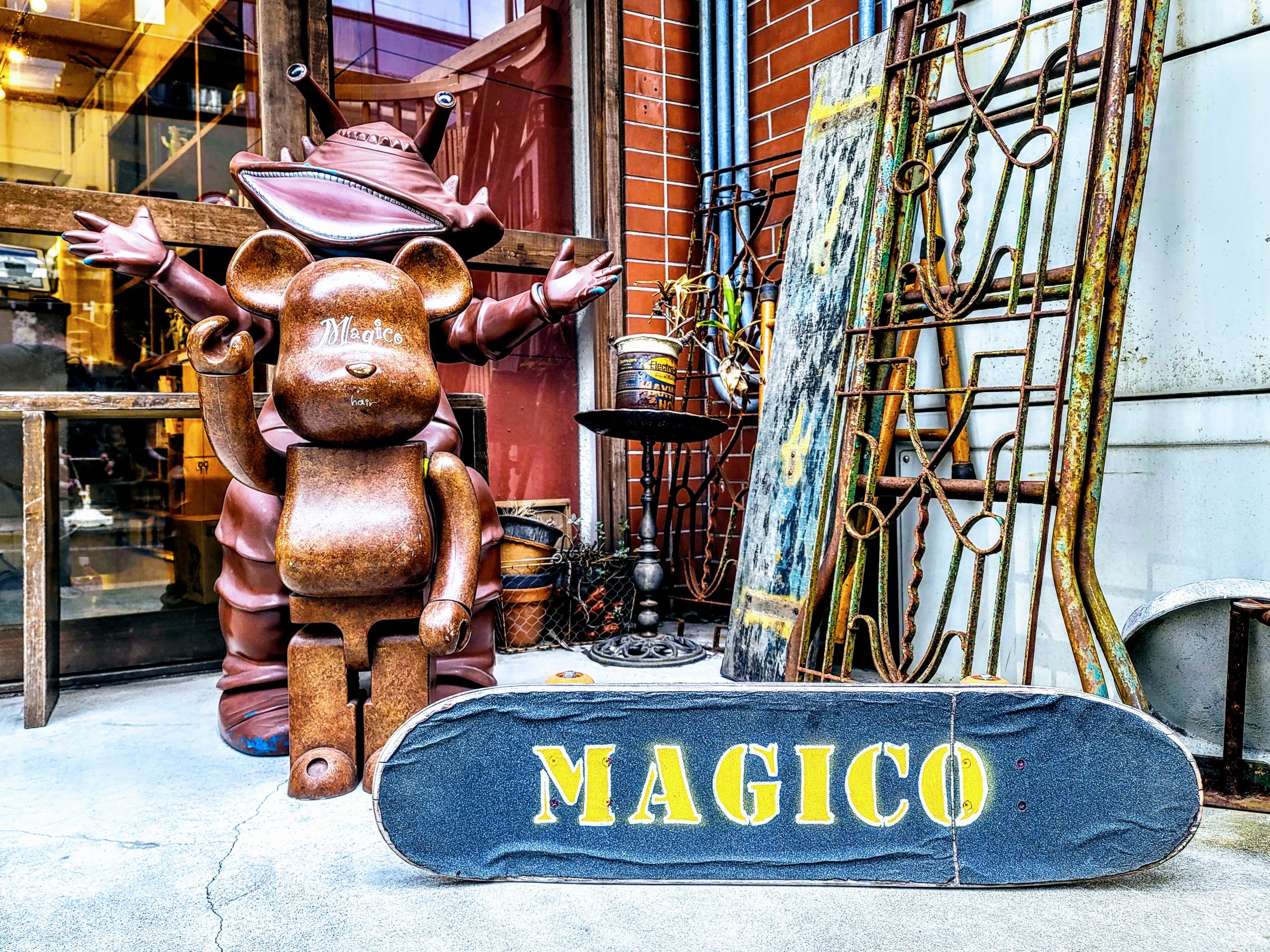 Welcome to ‘This Week in Tokyo’, a review of the Maction Planet week that was and a look ahead to what’s coming up in the city. Hosted by Mac, our Founder and Lead Guide, you can check out photos from our tours and read insights into our explorations as we get under the skin of the World’s Greatest Metropolis, and beyond! This week: Magico; Tasting South Australia; Hanashi Zuka; Noise and the Yakushima Aging Cellar.

Featured image – Magico: There were 55,924 convenience stores operating in Japan as of the end of 2020, while there were 254,422 beauty salons and 117,266 barbershops as at the end of fiscal 2019. I am always amazed by how frequently you come across them. Even in the sleepiest suburbs around the country, you can find 5 or 6 in one street. Do people get their haircut that much more often than me?

While styling their customers, many of them are quite stylish places themselves, and extremely photogenic. Case in point: Magico in Shimokitazawa!

Hanashi Zuka: Close to Tawaramachi station, Honpo-ji is home to this special mound, the Hanashi Zuka – and the story behind it is absolutely fascinating.

It was built in 1941. At that time, comic Rakugo storytellers were forced to eliminate some of their program by the government. 53 comic stories about the pleasure quarters, sake etc. were banned – a classic case of wartime censorship. Classics such as Akegarasu (A crow in the morning) and Gonin mawashi (Rolling by five people), masterpieces of Edo literature, were sacrificed. They were replaced by tales, known as kokusaku rakugo (national policy rakugo), penned by contemporary rakugo performers such as Hayashiya Shozo VII at the request of the military.

The banned scripts were stored in the mound, which was built in remembrance of these lost stories and their tellers, based on a suggestion by the famous rakugo critic Nomura Mumeian. After the war, a revival festival of abolished plays was held in front of the mound in September 1946. Now, national policy rakugo scripts are stored in the mound!

Noise: We are big fans of Jun Oson on Kanpai Planet. So are Tokyo Metro, who have used his graphic style to communicate the type of consisderate behaviour they would like to see on their trains. Case in point: NOISE.