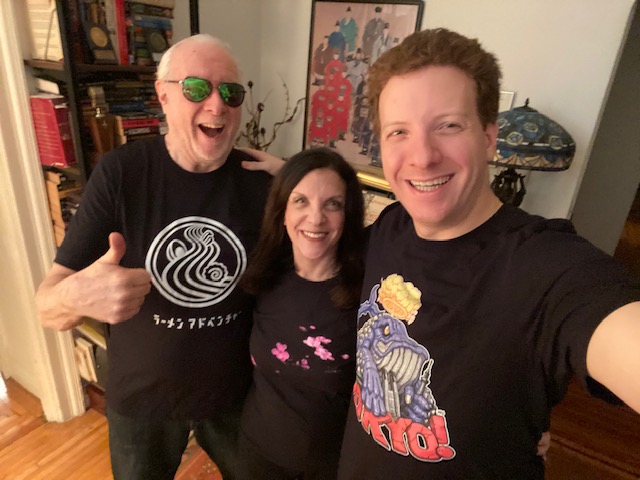 The final This Week in Tokyo of the decade! This Week in Tokyo is a review of the Maction Planet week that was and a look ahead to what’s coming up in and beyond the city. Check out photos from our tours and read insights into our explorations as we get under the skin of the World’s Greatest Metropolis. This week’s edition is hosted by Mac, our Founder and Lead Guide. This week: Mermelsteins x Maction Planet Apparel; Getting ready for Kohaku; Triangle Thrillers Yamanashi; Starlight Tree; KFC Christmas and Starbucks service with a smile!

Featured image – Mermelsteins x Maction Planet Apparel: Paula and her family have booked a tour with me for April 2020. They are very excited and have decided to show the world how excited they are by ordering some Maction Planet Apparel for Christmas! I was excited to receive this photo and am excited to share it with you all. Excitement all round as we go into 2020!

Header image – Getting ready for Kohaku: One of the biggest New Year traditions for many families in Japan is staying at home and watching the Kohaku Uta Gassen. Broadcast on NHK from  7:15 pm until 11:45 pm, this 4.5-hour-long program involves a musical battle (in fact, the title literally means “Red-and-White Song Battle”) between two teams consisting of the year’s most popular musicians. The audience and judges then vote for the best team. Hosting and appearing on the show is considered a true honor. This year is the 70th edition, the first of the Reiwa Era. This stall on 29 December was promoting the upcoming show outside Shibuya 109! 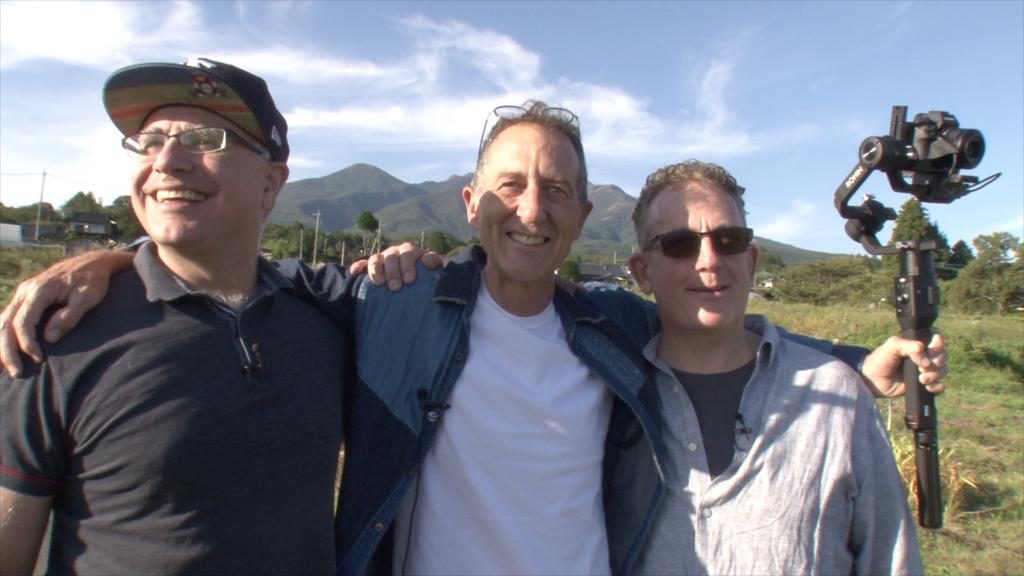 Triangle Thrillers Yamanashi: The Ojisan Trio returns for the second episode of the hit NHK World show. This time, we went to Yamanashi, one of Japan’s most beautiful prefectures for a day of rollercoasters, grapes, fabulous lunch, wine, amazing locals, crystal clear starry skies and friendship. You can watch the episode on demand on NHK World until 25 December 2020. Rather like James Bond Jeff, Rich and Mac will return… until then, enjoy this episode! 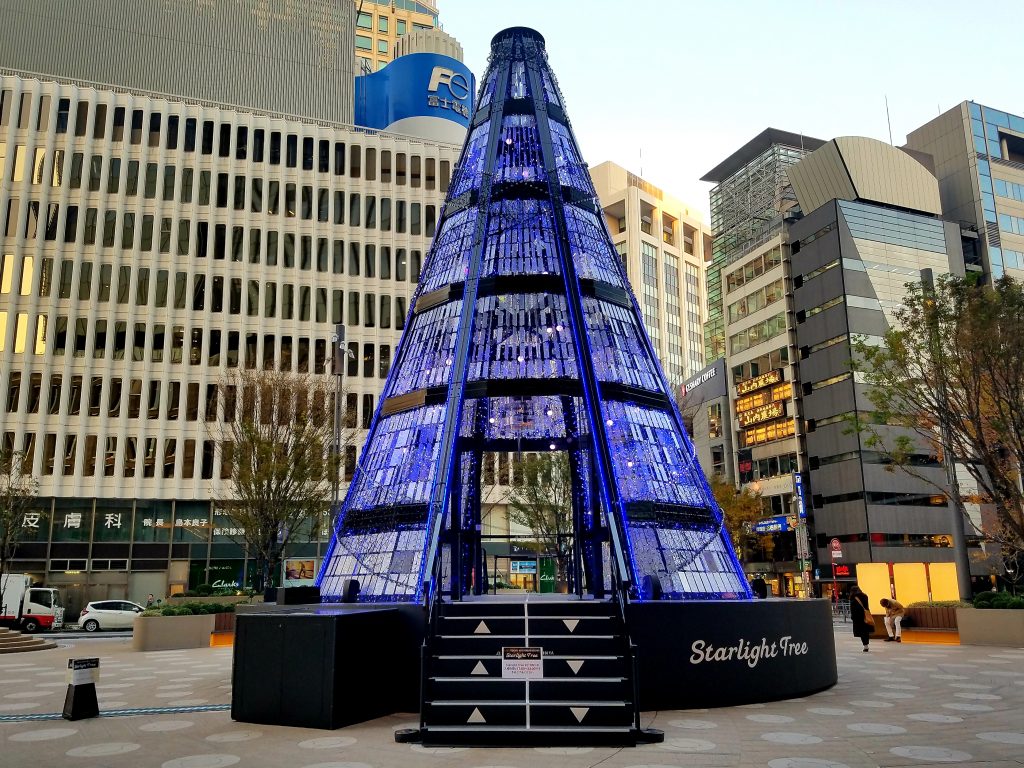 Starlight Tree: Tokyo Midtown Hibiya’s illuminations have ramped up this year with their 12m high original spaceship-cum-christmas-tree, which they call the ‘Starlight Tree’. You could even go inside and watch mysterious space-themed videos developed by Riki Osako move across suspended disks. It was gracing the Tokyo Midtown Hibiya Plaza until 25 December 2019. 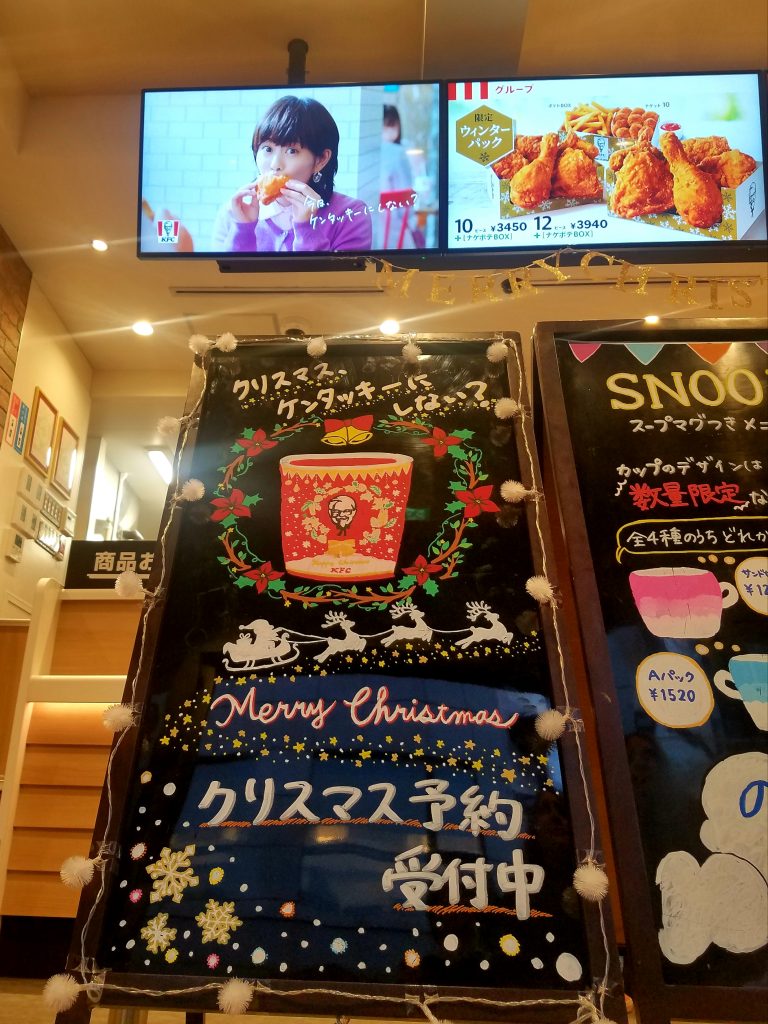 KFC Christmas: A lot has been written about how KFC is one of the core Christmas traditions in Japan but until you are on the ground here it is difficult to conceive of exactly how important it is to people. Lines stretch out the door of branches as people patiently line up to get their special Christmas Barrels. This year was no exception! Maction Planet Resident DJ Royce Leong and I discussed the origins of this remarkable custom in Tokyo ON #027, which you can listen to here. 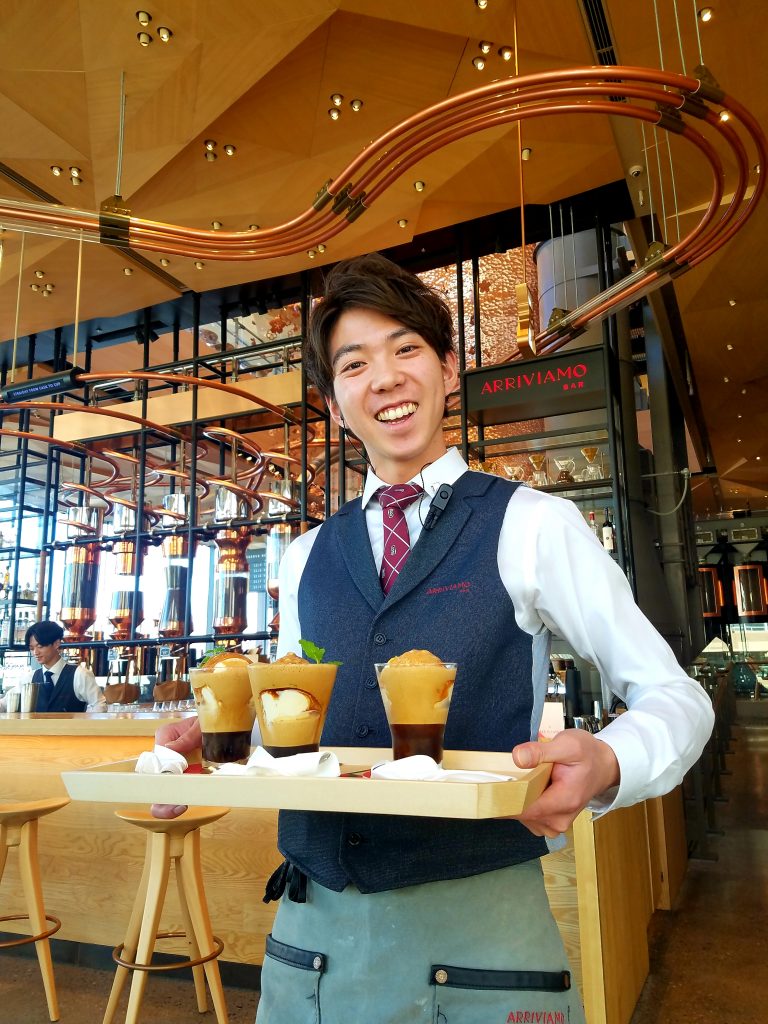 Starbucks Service with a Smile: This gentleman, serving us at the Starbucks Reserve Roastery in Nakameguro, embodies the Maction Planet philosophy of ‘service with a smile’. Me and my guests Wajid and Reema are drinking Shakerato Affogatos. They are made with Reserve espresso shots shaken to an icy froth, poured over ice cream and lightly finished with vanilla syrup and a mint sprig. I chose the Christmas 2019 blend of Hacienda Alsacia and Rare Aged Sumatra. As me and this guy like to say (I taught him to), “We continue…”