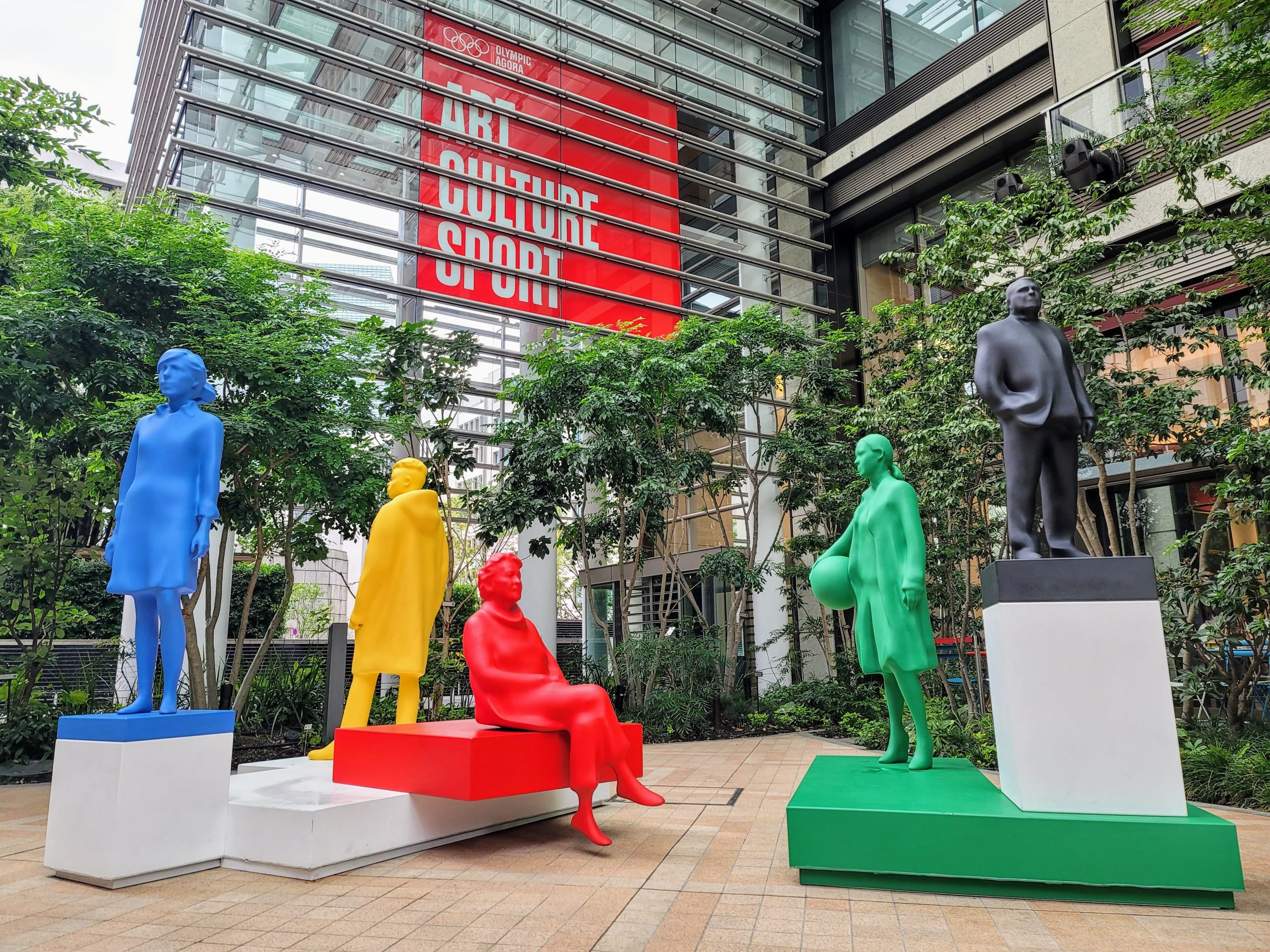 Welcome to ‘This Week in Tokyo’, a review of the Maction Planet week that was and a look ahead to what’s coming up in the city. Hosted by Mac, our Founder and Lead Guide, you can check out photos from our tours and read insights into our explorations as we get under the skin of the World’s Greatest Metropolis, and beyond! This week: The Audience; Ultrametro; Uchu Milk Shake IPA; Interviewing Aloha and Chita, Chita, where’d you meet her?

The Audience represents five human figures, of various ages, genders and nationalities. Each one of them is unique. However, united together, they embody the idea of a small ‘world village’ and illustrate universality. I’m sure the colour scheme needs no explanation.

“The sculpture is intentionally a tribute to the audience of the Olympic Games, going beyond the sporting feats that are usually celebrated, bringing the focus to non-heroic figures to highlight the importance of the public,” says the artist.

Ultrametro: It’s the 55th anniversary of Ultraman, and what better way to celebrate than with a set of 10 Ultra-branded Tokyo Metro 24-hour tickets? No, I can’t think of one either.

Uchu Milk Shake IPA: The concept of a weekend hasn’t existed for me since I founded Maction Planet, so I raised this phenomenal Milk Shake IPA from Uchu Brewing to YOU ALL at 17:00 on Friday!

The photo background is an accurate representation of my feelings when drinking this masterpiece. Kanpai!

Interviewing Aloha: David Tsujimoto, owner of Aloha Whisky, is a Tokyo icon. What better way to celebrate his recent birthday than to check out this interview I conducted with him for Tokyo Weekender!

Fans of Kanpai Planet will recognise the name Aloha. It is where I film my whisky reviews, such as the one below! A personal thank you to the legend for all his support. Mahalo, and Kanpai!

Chita, Chita, where’d you meet her?: Chita Single Grain Whisky is a no age statement bottle from Suntory, that sits alongside the Yamazaki and Hakushu entry-level expressions. How does it stack up to the ruthless Kanpai Planet Tokyo Taste Test standards? This is much more than your standard Chita Whisky review – it’s a fascinating deep dive into the origins and history of the Chita Distillery. Kanpai!