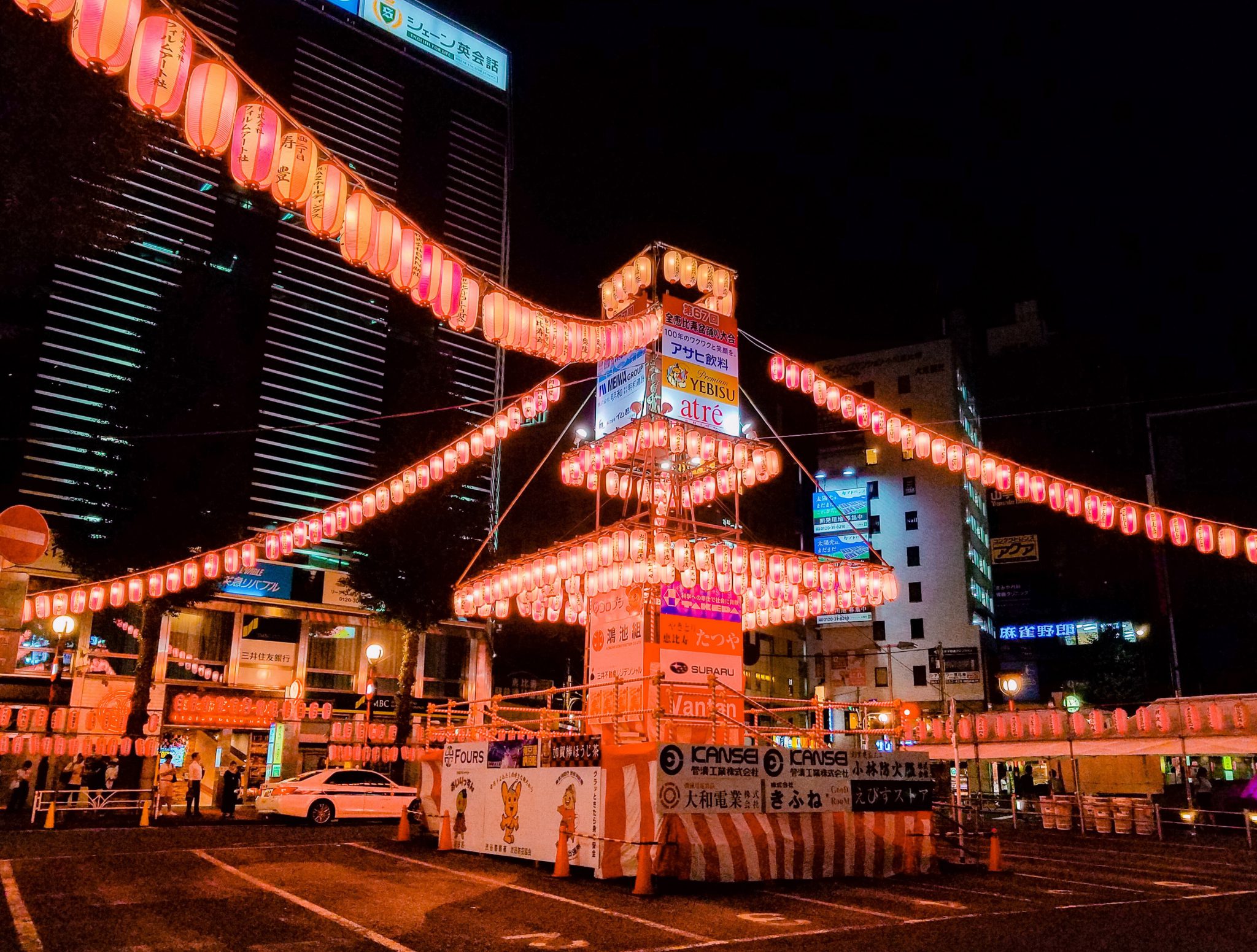 The latest edition of This Week in Tokyo – a review of the Maction Planet week that was and a look ahead to what’s coming up in and beyond the city. Check out photos from our tours and read insights into our explorations as we get under the skin of the World’s Greatest Metropolis, and beyond. This week’s edition, continuing a fully-booked July for Maction Planet, is hosted by Mac, our Founder and Lead Guide. This week: Ebisu Bon Odori Yagura; Seos in Tokyo; Japanese Giant Salamander at TeamLab; Fashion is in the Human DNA and There Goes the Neighbourhood, literally!

Ebisu Bon Odori Yagura: Bon Odori season is well underway.  On 26 and 27 July 2019 the Ebisu Bon Odori saw revellers descend on one of the hippest areas of Tokyo for two nights of revelry. I snapped this shot of the yagura stage the day before the festival began. I attended the Bon Odori with Bas from Holland and his family on 26 July but we were having so much fun I forgot to take any photos. BTW, Bas found out about Maction Planet via Instagram and the kind shout-out from writer, actress and supermodel Daphne Dekkers who I hosted in Tokyo with her husband, 1996 Wimbledon Champion Richard Krajicek! 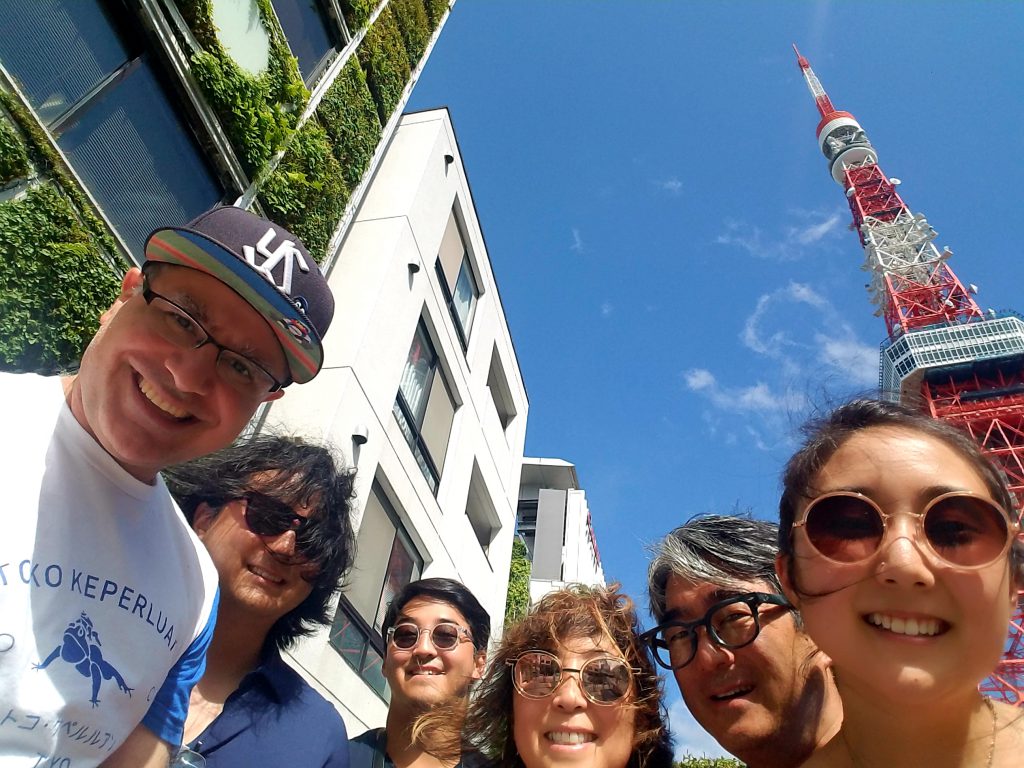 Seos in Tokyo: It was an honour hosting the Seo family around Tokyo this week. We enjoyed history, culture, art, shopping, ramen, tonkatsu, whisky, Studio Ghibli, samurai experiences, Buddhist chanting and much more! This is my favourite photo we all took together, when the Tokyo Tower joined the family! 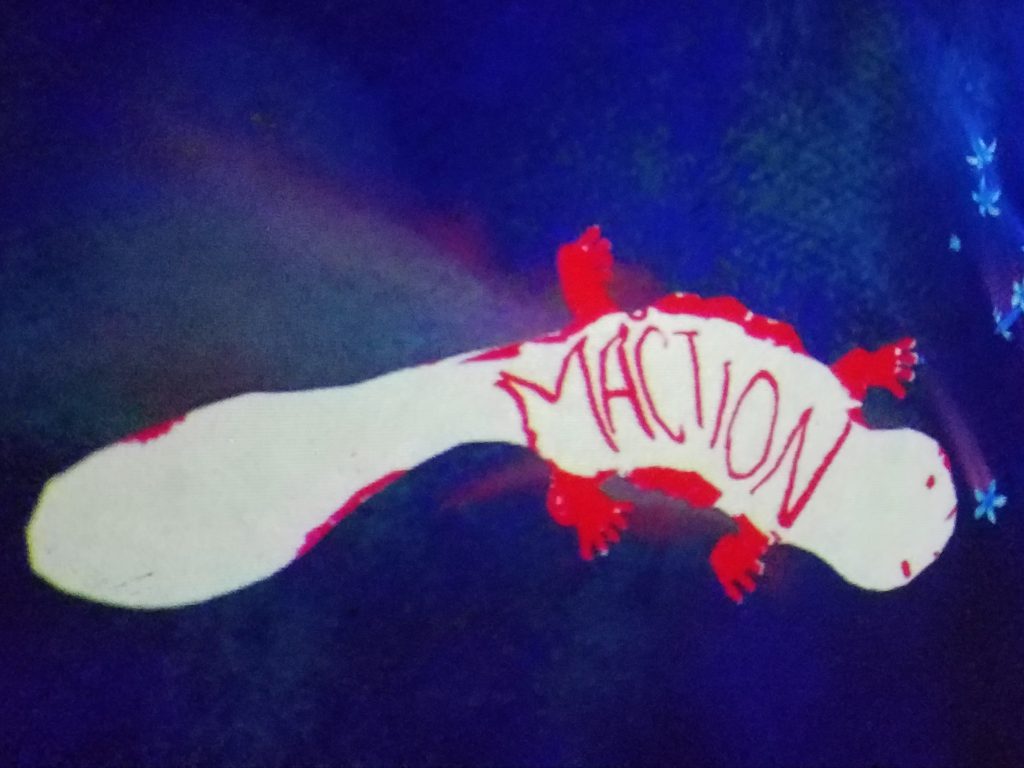 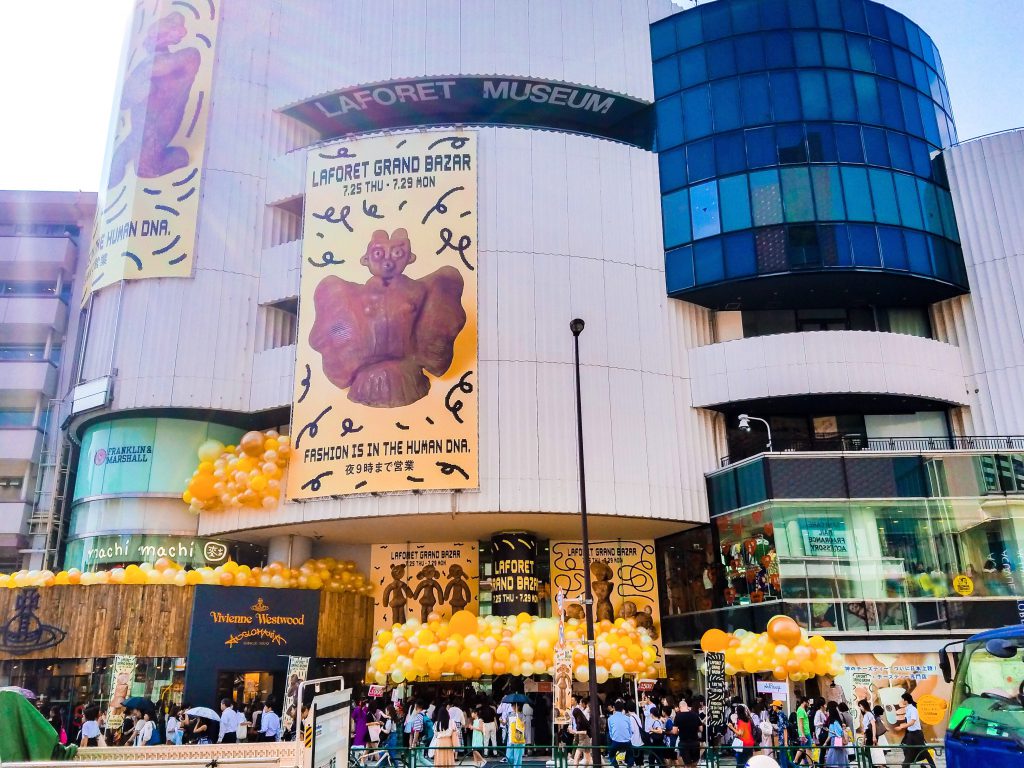 Fashion is in the Human DNA: Laforet Harajuku is a Tokyo institution. It was opened in 1978. Built by Mori Building, the French-derived name is play on the fact that Mori means “forest” in Japanese. The external advertising is on the exterior is always quirky, memorable and often culturally inspired. This year’s Summer Laforet Grand Bazar Sales images draw on Jomon-era iconography! My guests got an unexpected discussion about Japanese pre-history amongst the 5-colour candy floss and animal ice cream of Harajuku! 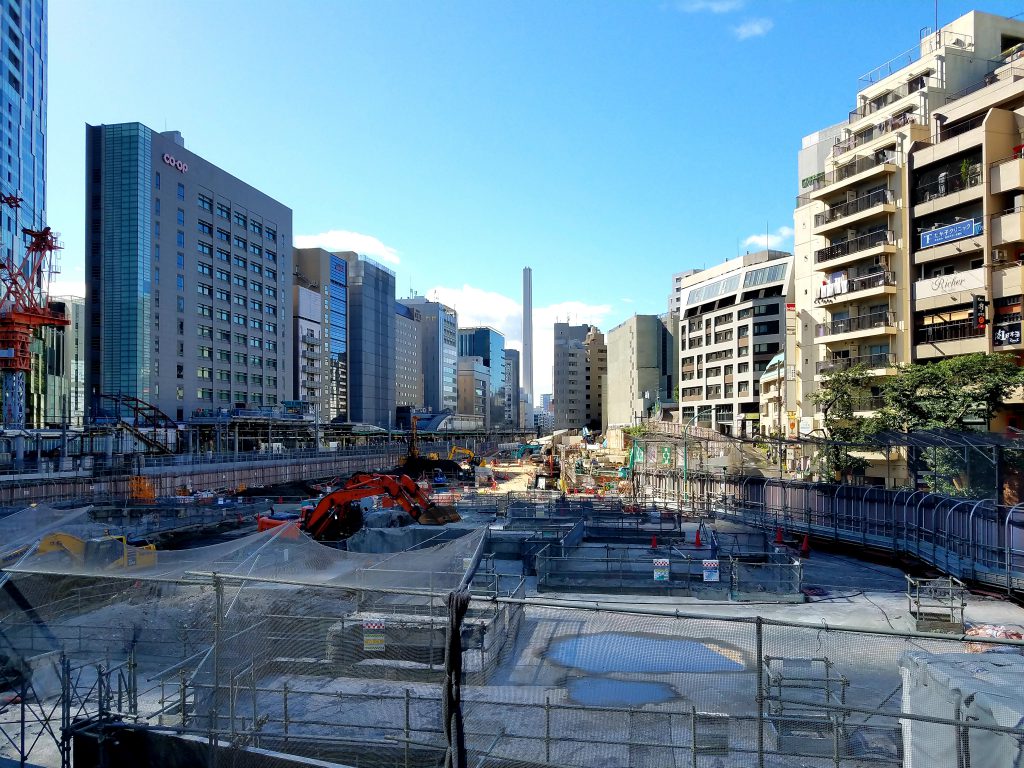 There Goes the Neighbourhood, literally: Shibuya’s Sakuragaoka district is undergoing an incredible transformation. Here’s an update of progress. The speed with which the former vibrant district is being dismantled is breathtaking. While I do miss many of the venues that were here before, I look forward to seeing how Shibuya grows as a ward as a result of the investment. We continue…