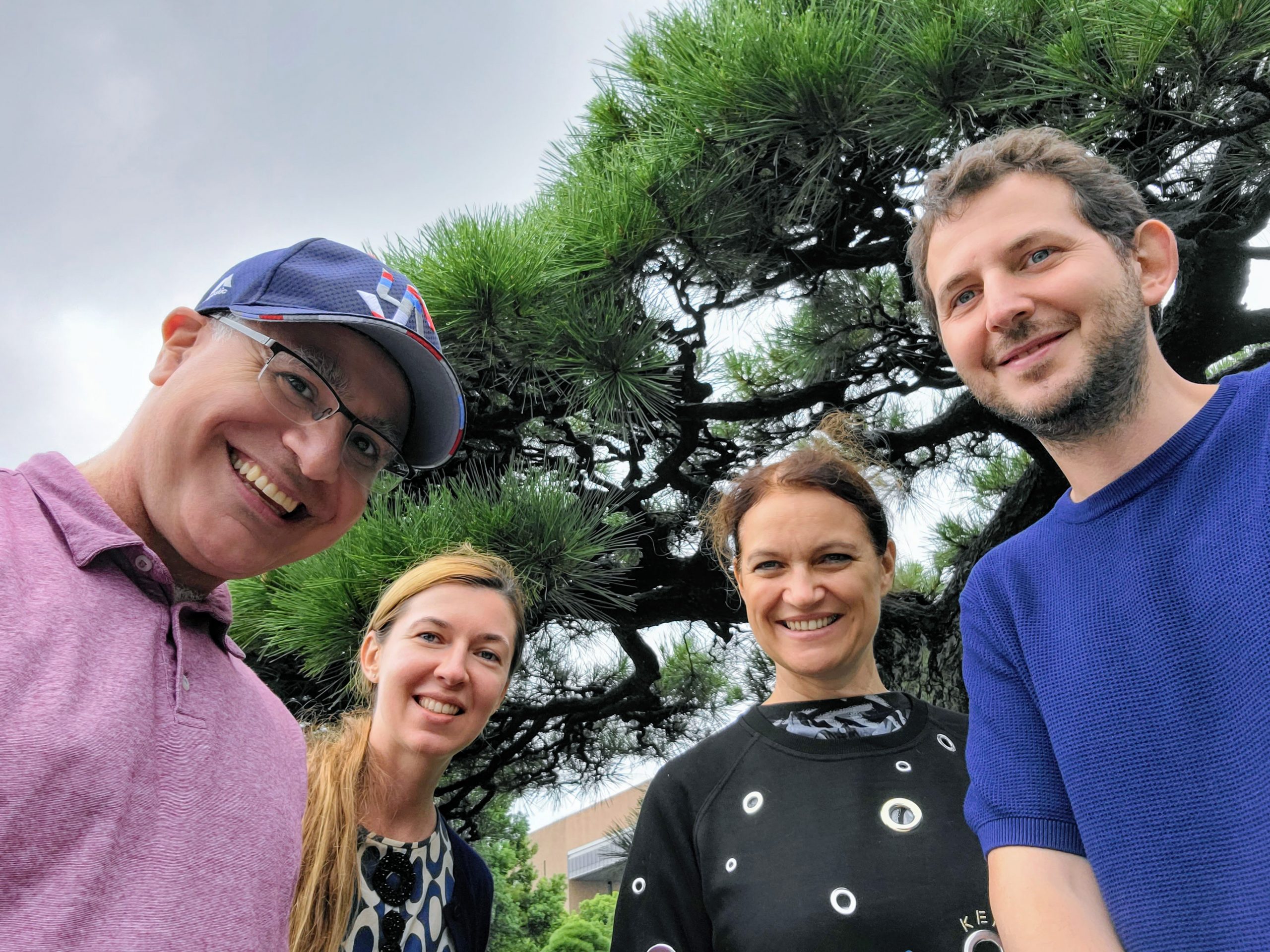 Welcome to ‘This Week in Tokyo’, a review of the Maction Planet week that was and a look ahead to what’s coming up in the city. Hosted by Mac, our Founder and Lead Guide, you can check out photos from our tours and read insights into our explorations as we get under the skin of the World’s Greatest Metropolis, and beyond! This week: Four to the floor; All hail Tsubakuro; Pepsi Lychee; Sakamichi Nights 68 and Ichiro’s Malt & Grain – The Ultimate Guide.

Four to the floor: Gwenola, Daria and Mounir were my guests this weekend. Arriving before some intensive days of back-to-back meetings, they understood that one of the best ways to get over jetlag is to book a fully-customised private tour and power through until nighttime! Thank you very much for choosing Maction Planet.

Like many of our guests, Gwenola, Daria and Mounir found out about Maction Planet through a word-of-mouth recommendation. If you know people who are in Japan on business, we’d love to help them explore more and facilitate their understanding of the unique culture here. Drop us a line at info@mactionplanet.com!

All hail Tsubakuro: Following the world-renowned ‘Tsubakuro Days’ from 5-7 August 2022, which celebrated the Tokyo Yakult Swallows’ mascot’s 2000th home game, the Tsubakuro love continues and is extending beyond Meiji Jingu Stadium. Here’s a shrine, Tsubakuro Jinja, that has been erected on the second floor of the Atre Department Store at Shinanomachi Station. You can even purchase Tsubakuro ema, votive tablets on which to write your wish in the hope that the bird may grant them.

There’s a lot to unpack here.

Pepsi Lychee: Pepsi Japan have brought back their Salt Lychee flavour after two years. This time, the branding focuses on Lychee, as opposed to “Salt and Litchi”. The salt influence is pretty subtle, even more so than the previous iteration. Another twist: this is a Pepsi variant, not a Japan Cola flavour. Very refreshing and another weapon to beat the exceptional summer heat we are having in Tokyo.

Sakamichi Nights 68: Being a very competitive individual, I was once again forced to appear on the Sakamichi Nights podcast in order to maintain my record of the most guesting guest. Daniel and Matthew were gracious hosts as always, and we discussed the delicious Yuzu Hazy IPA from Hino Brewing and planned the greatest dinner party of all time. Our one mistake was not taking a photo of us together. In fact, the ONLY photo I took all day, despite spending close to 11 hours at their wonderful Sakamichi Brewing taproom, was of the Yuzu Hazy IPA, so I guess that worked itself out!

This video was literally months in the making. It took almost a year to pull together all the information needed to make it a Kanpai Planet-grade production, and most of it has never before been revealed.