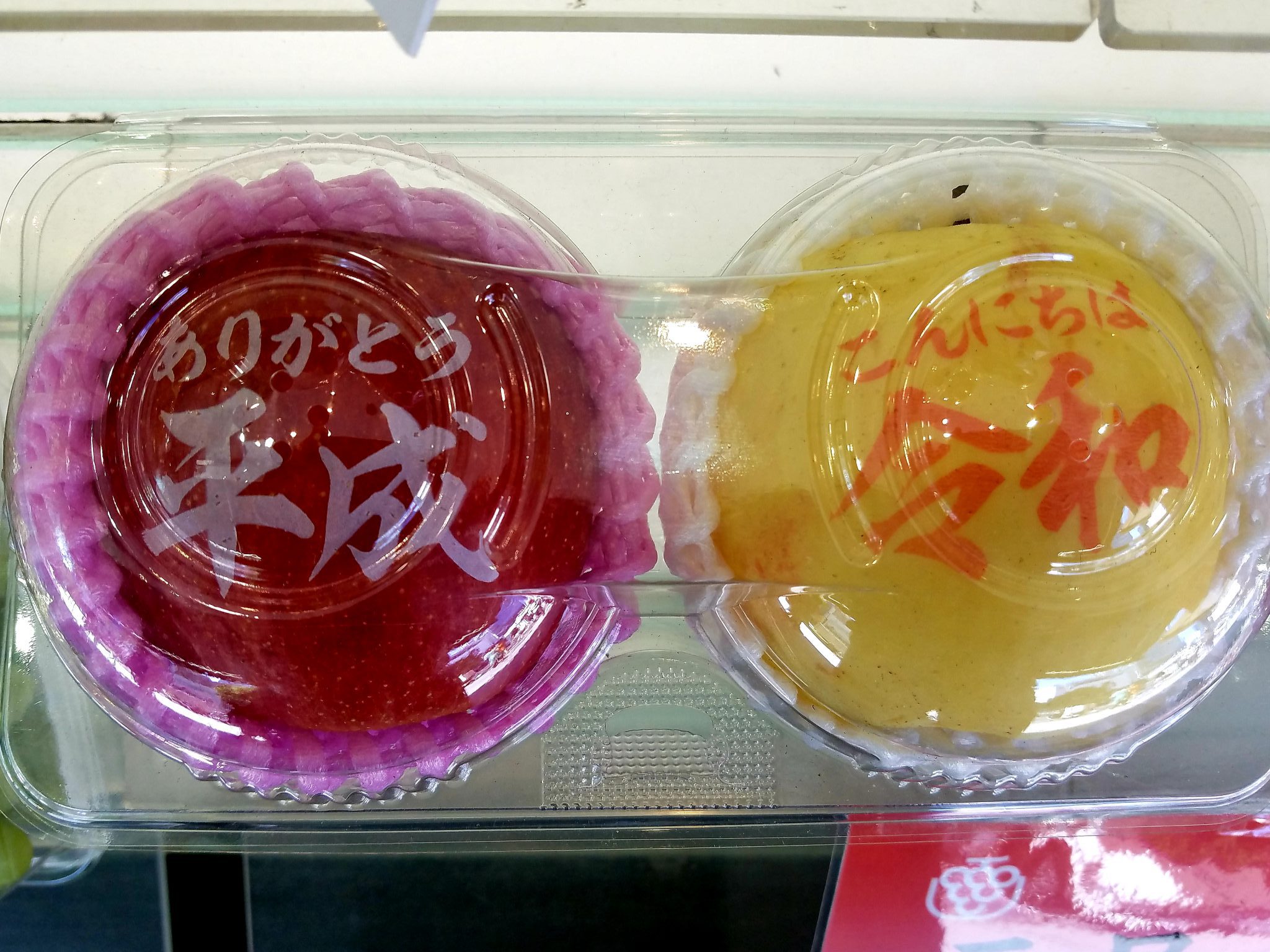 The latest edition of This Week in Tokyo – a review of the Maction Planet week that was and a look ahead to what’s coming up in and beyond the city. Check out photos from our tours and read insights into our explorations as we get under the skin of the World’s Greatest Metropolis, and beyond. This week’s edition, showcasing another fully-booked week for Maction Planet, is hosted by Mac, our Founder and Lead Guide. This week: Arigatou Heisei, Konnichiwa Reiwa; Heisei o ajiwau Hi-Chews; Tokyo Rainbow Pride 2019; KitKat promotion and Lockers featuring Yokoari-kun in lieu of Sarah Brightman!

Arigatou Heisei, Konnichiwa Reiwa: On 1 May a new Imperial reign will begin in Japan. The new Emperor Naruhito will be Japan’s 126th, and with him comes our 249th Imperial Era name, Reiwa. These Fuji apples are ushering in the new reign with the red one saying “Thank you Heisei” and the yellow one exclaiming “Hello Reiwa”. I couldn’t express the sentiment any better than these apples! 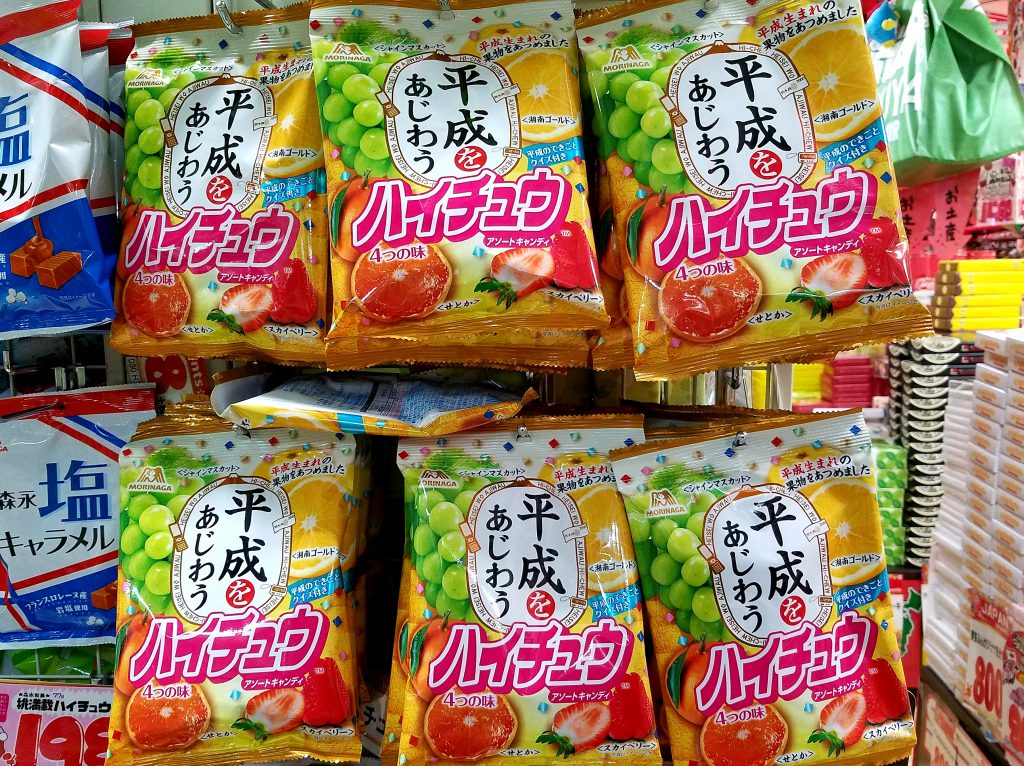 Heisei o ajiwau Hi-Chews: Concurrent with ushering in the new period with “Konnichiwa Reiwa”, Everything is “Heisei saigo” this and “Heisei Saigo” that currently, celebrating the final moments of the Heisei Imperial Era which began in 1989. Hi-Chews, the chewy Japanese candy made by Morinaga, have joined in the fun. They have collected an assortment of fruit flavours inspired by the Heisei reign. Each bag contains a mix of Shine muscat grape, “Skyberry” strawberry, Setoka citrus and Shonan Golden oranges. They even have a Heisei quiz printed on the bag! My guests over the last few weeks have been voracious purchasers of these so they receive the Maction Planet stamp of approval! 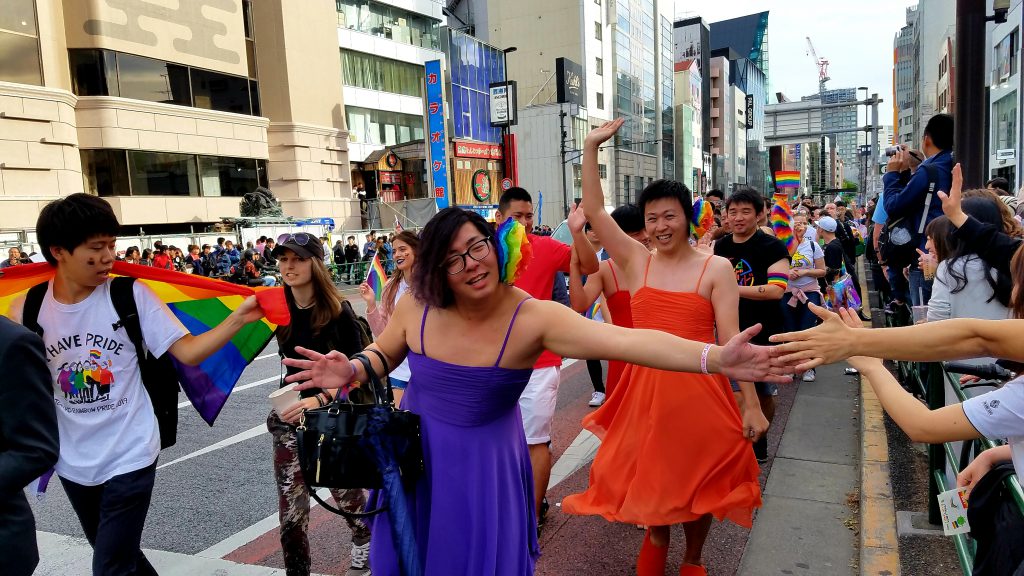 Tokyo Rainbow Pride 2019: I think it is fitting that the start of our ten day Golden Week ushering in the new Reiwa era coincided with the celebration of diversity that is the Tokyo Rainbow Pride parade. It is held in Shibuya-ku, rather fittingly as Shibuya was the first Tokyo ward to recognise equal rights for same-sex marriages. This shot was taken along Meiji Dori as I was watching the parade with my guests, Ira and Drew. 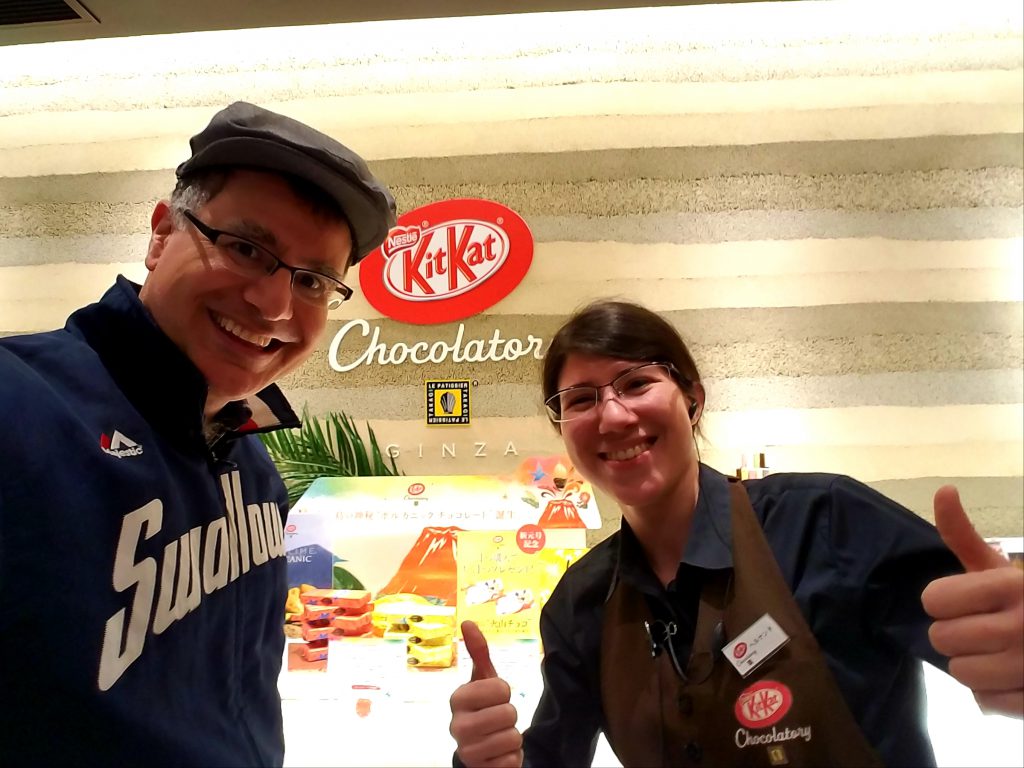 KitKat promotion: If you are reading this thinking we have a discount code for some of Japan’s 300 flavours of KitKat you are sadly mistaken. I am referring to my promotion to the role of Head of Sales at the KitKat Chocolatory in Ginza… at least for the length of time it took to take this photo! So impressed were the staff with my knowledge of the history of the KitKat in Japan and globally that I was allowed to wear their coveted hat while I promoted their products. It was a fun two minutes! Once the hat was removed I returned to my regular position as Founder and Lead Guide of Maction Planet, which is exactly where I want to be! 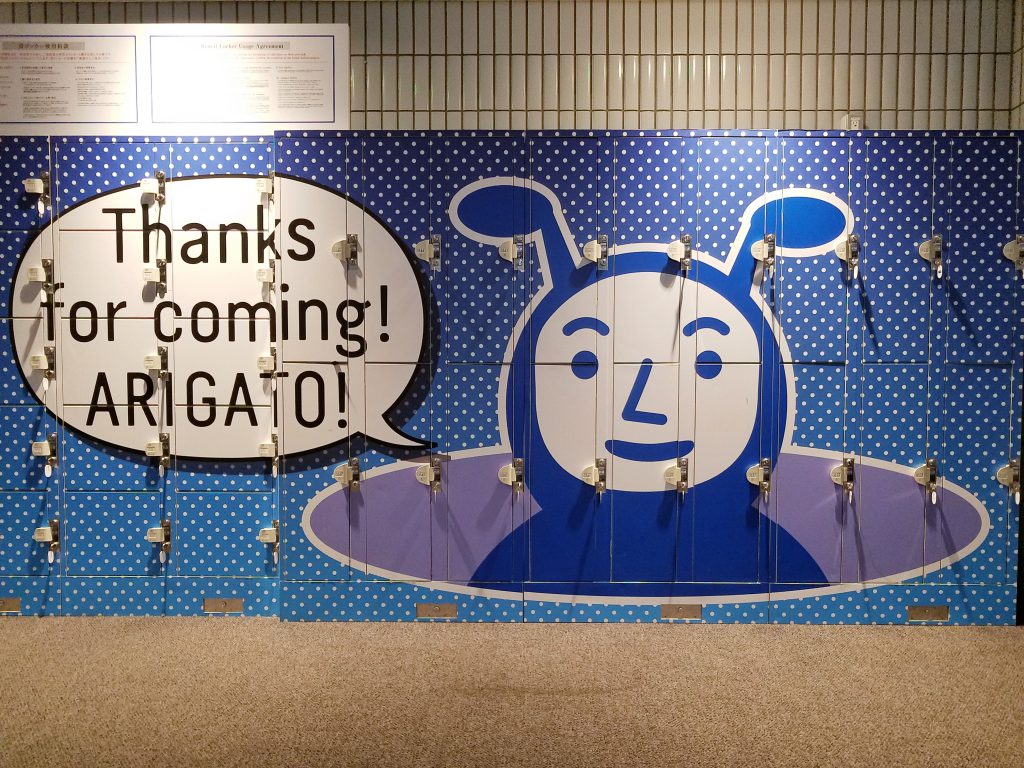