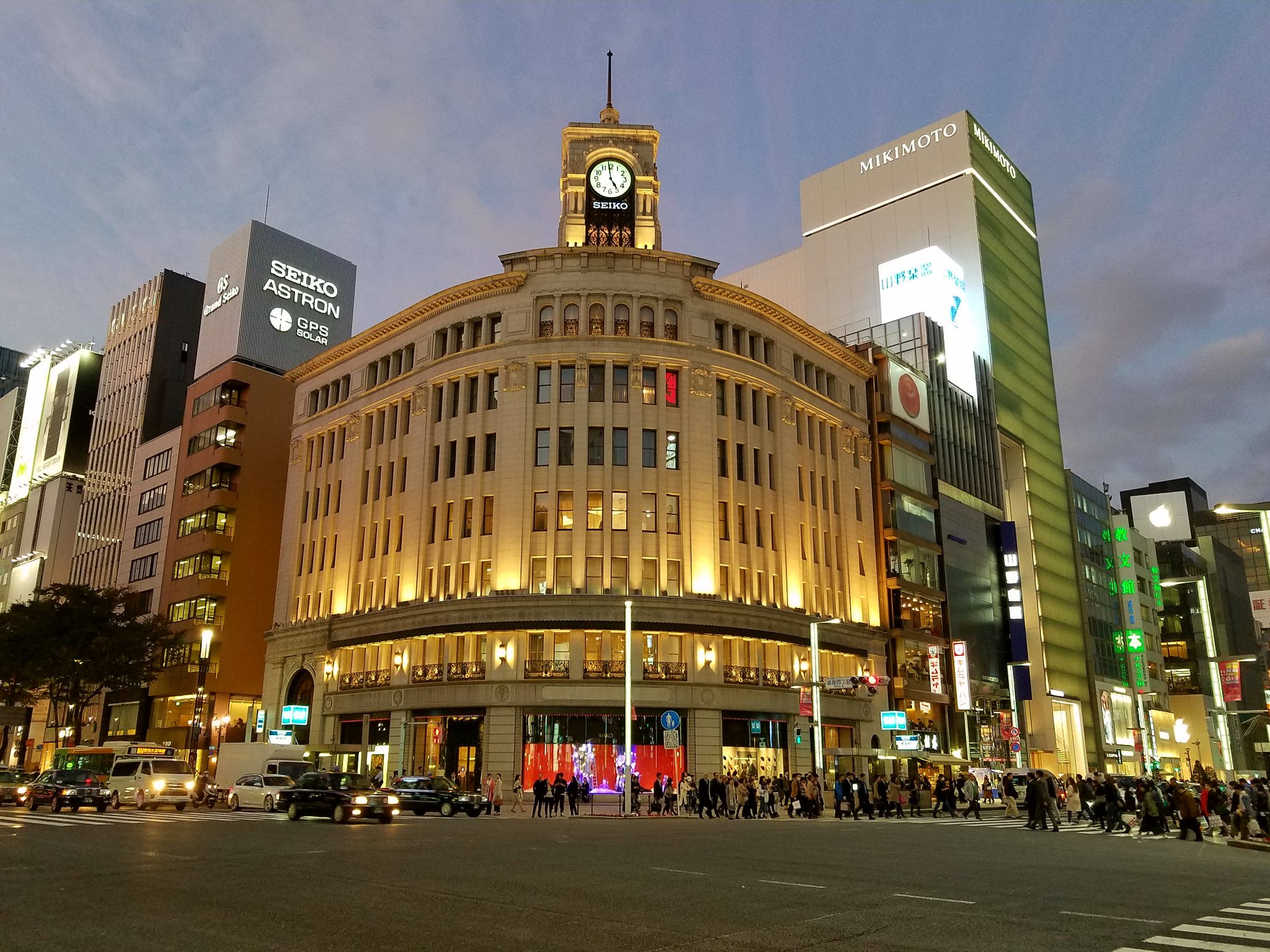 Featured image: The Wako department store looking splendid in the twilight. Designed by Jin Watanabe and opened in 1932, the building remains one of Tokyo’s iconic landmarks. 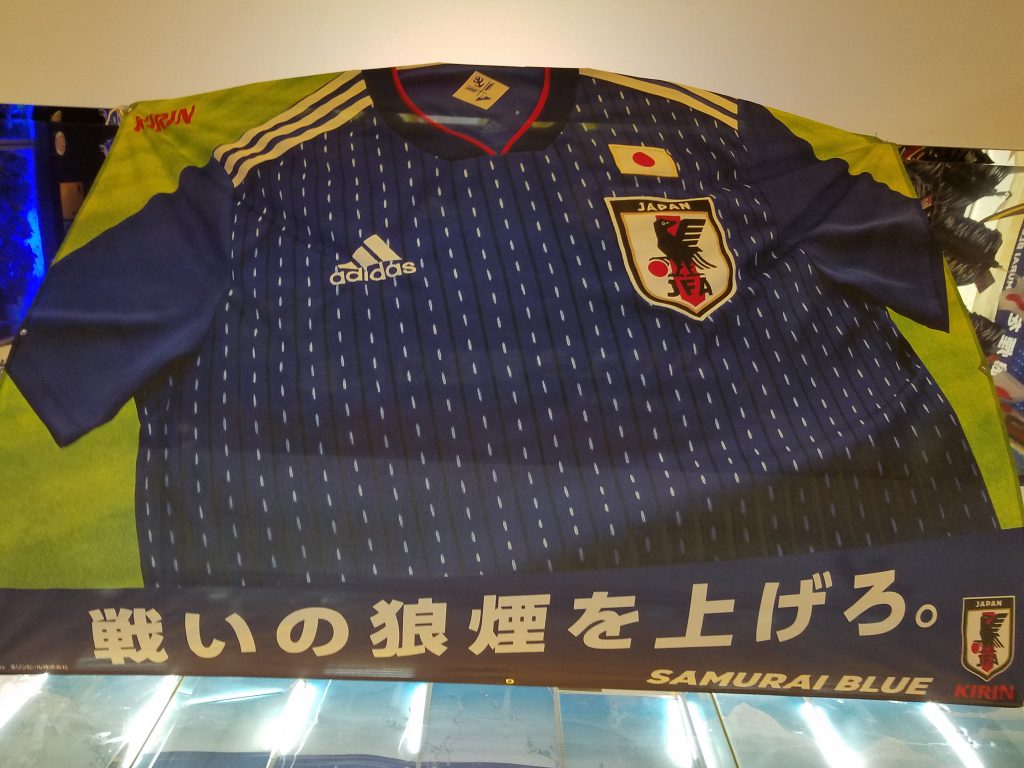 Sadly Japan bowed out of the 2018 World Cup in the early hours of the morning JST, losing 3-2 to Belgium after going 2-0 up early in the second half. The boys played with a lot of pride and represented us with passion. If they had won it would have been the first time that the country would have made the Quarter Finals. We would like to thank all the fans that journeyed to Russia to support the team. The tournament has added a lot of colour to the time our recent guests have spent in Japan – keep all those team jerseys for 2022! 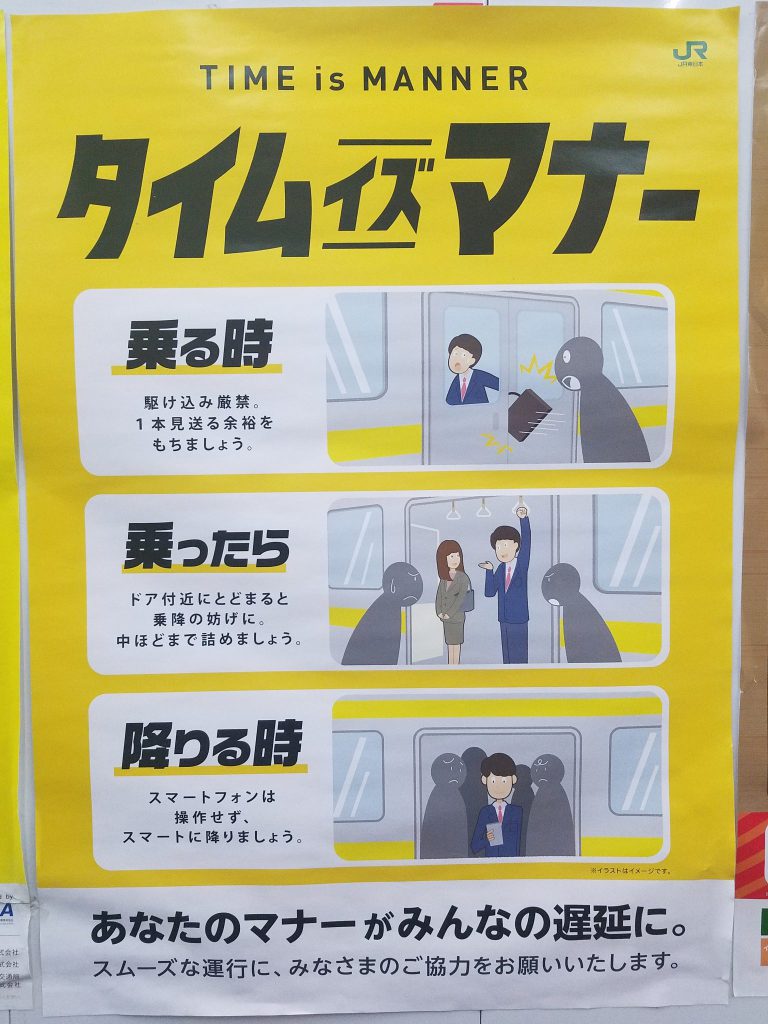 Time is Manner in this poster outlining some basic rules of train etiquette from JR. 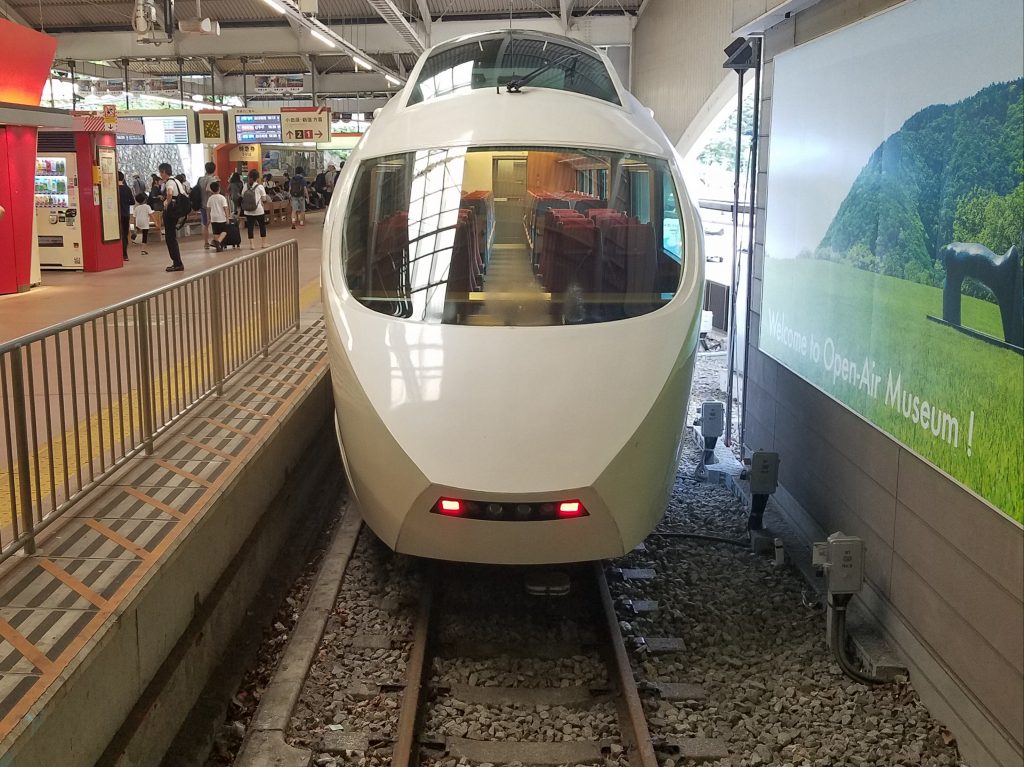 Hakone is splendid right now with hydrangeas aplenty lining the tracks of the Hakone Tozan Railway. When our guests are based in Shinjuku, we recommend taking the Romancecar down there. The first Romancecar, the 3000 series SE, broke the world speed record for a narrow gauge train when it entered service in 1957. In pictured VSE (Vault Super Express) Romancecar was first launched in 2005 and it is still a joy to be able to time a journey to take it. 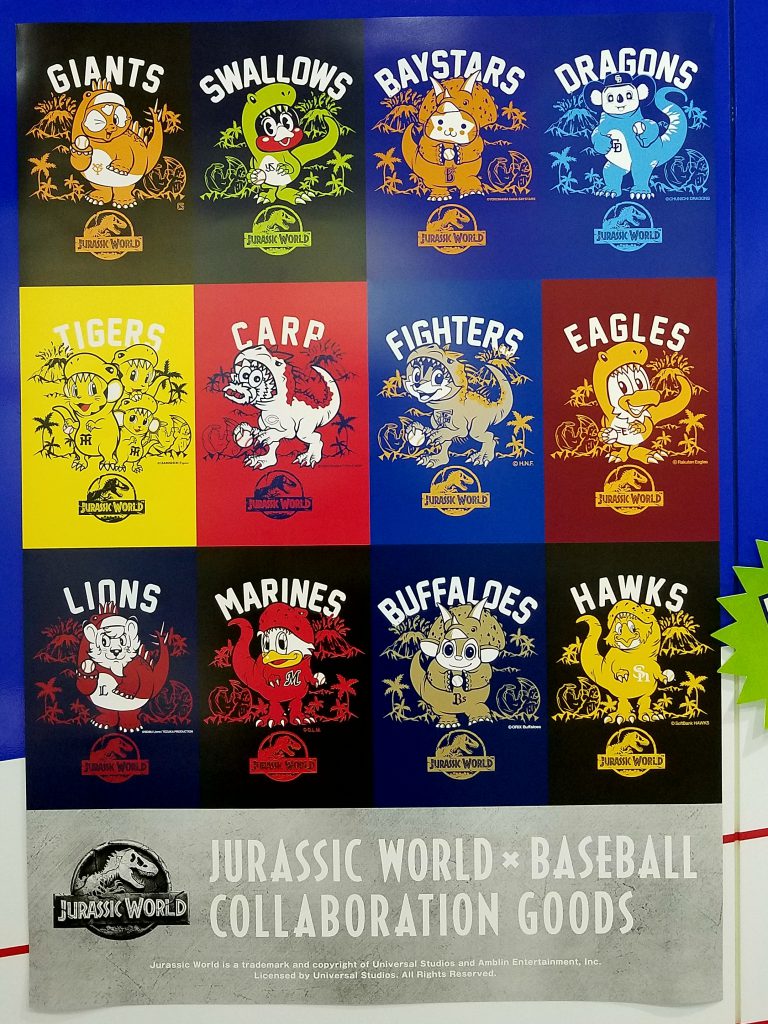