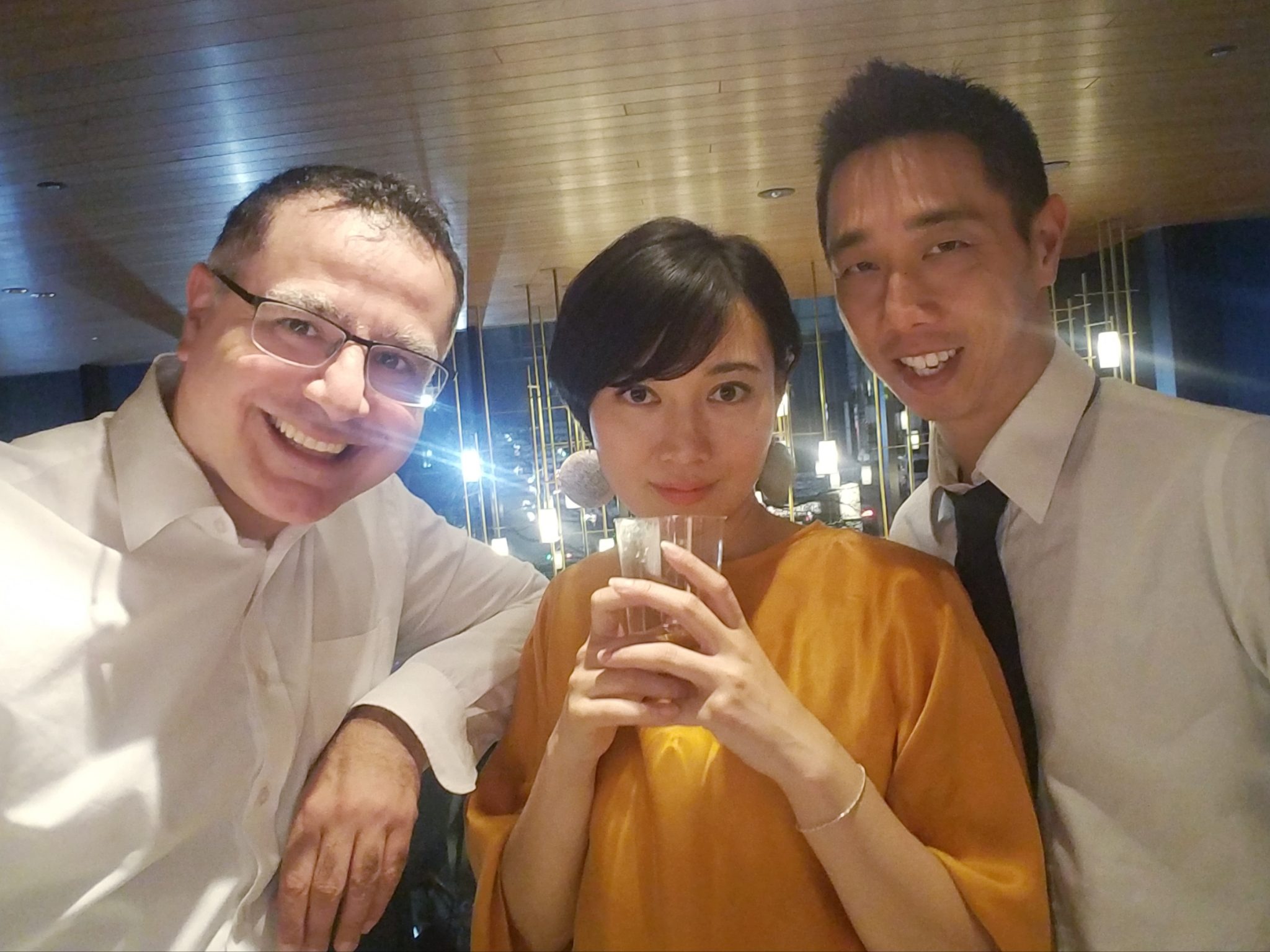 The latest edition of This Week in Tokyo – a review of the Maction Planet week that was and a look ahead to what’s coming up in and beyond the city. Check out photos from our tours and read insights into our explorations as we get under the skin of the World’s Greatest Metropolis, and beyond. This week’s edition is hosted by Mac, our Founder and Lead Guide. This week: Back to the (Natsu) Summer; Star Wars Identities; Kaiju Collision; Disney Christmas 2019 and “Portrait of a man taking photos of bins”!

Featured image – Back to the (Natsu) Summer: Maction Planet Resident DJ Royce Leong and I enjoyed an early summer / tropical winter on Friday 29 November at Royal Park Canvas Ginza 8 with Natsu Summer (in the photo), DJ Kawasaki and Arisa Kano, all hosted by tsubaki.fm. It was a great evening of old-skool turntable tunes and a live singing performance. Want to learn more about Japanese music? Tune in to Tokyo ON, our flagship show on Maction Plant Radio over at Mixcloud and read news, reviews and interviews on the Japanese music scene over at our sister site tokyophonic.com!

Star Wars Identities: For almost 40 years, audiences around the world have followed the adventures of Luke, Boba Fett and Jabba the Hutt in Star Wars. Now you can join me in the video above as I embark on a personal quest through the ‘STAR WARS Identities’ Exhibition. If you want to stay on top of the Star Wars universe while waiting for the upcoming movies, this is a must-visit exhibition in Tokyo. It features an incredible array of props, models, costumes and concept art from every era of the Star Wars franchise. Star Wars Identities is on at Warehouse Terrada (Higashi Shinagawa 2-6-4, Tokyo) until 13 January 2020. While you are watching, it would mean a lot to me if you could subscribe to the channel, like, comment and/or share what we are doing over on YouTube. 2020 is going to be a big year for us on that platform. Stay tuned!

Kaiju Collision: An incredible meeting of two of the world’s greatest kaiju illustrators occured in the Tokyo on Sunday 1 December 2019 as the Kaiju King Matt Frank went head-to-head with the phenomenal monster girl Ninsai in a live drawing event held at Gallery 233 in Setagaya, one of Maction Planet’s favourite art spaces in the World’s Greatest Metropolis. I was lucky enough to be there. Not only that, I captured the whole event for posterity and produced the video you can watch above on the Maction Planet YouTube channel. 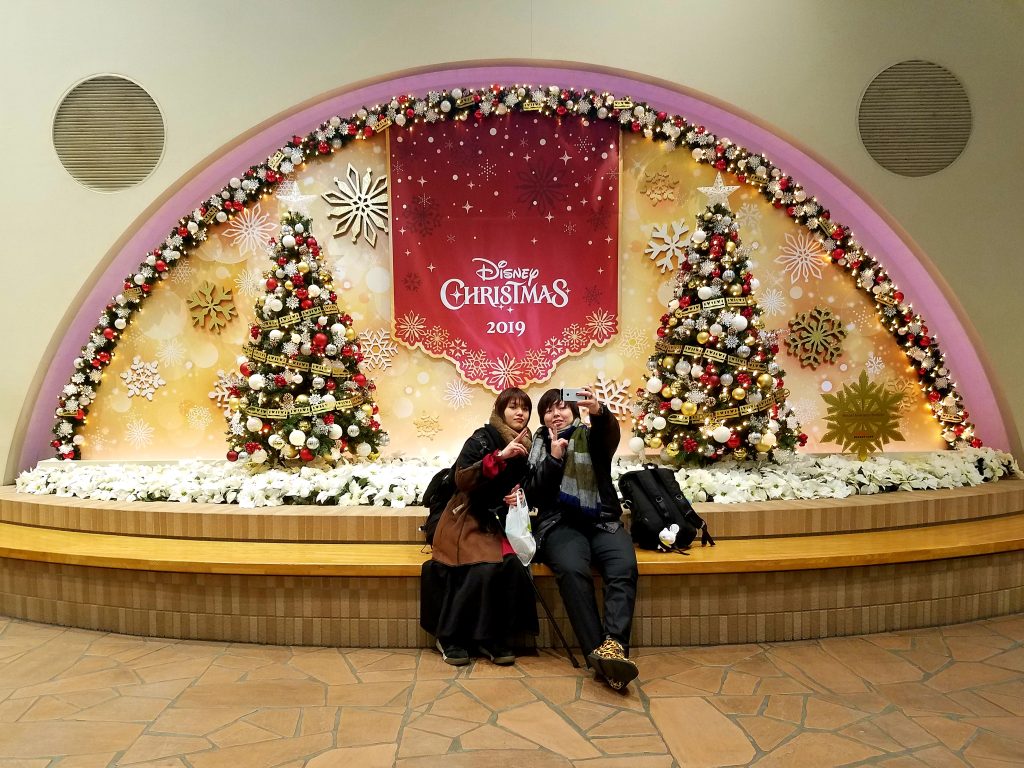 Disney Christmas 2019: I snapped this candid shot of two fans at Tokyo Disneyland on the way to meet my private tour guests Jennifer, Chris, Violet and Garrett at the Hotel MiraCosta. We were beginning our touring at 07:00 that morning as they wanted to make the most use out of their final day in Japan. I am always amazed by how devoted Tokyo’s Disney fans are as when I arrived at Maihama Station at 06:30 it was already packed with people. Thanks to our partnership with TDR Explorer we have a large number of Disney fans as Maction Planet Tokyo Private Tour guests, who want a mix of the Happiest Place on Earth and the World’s Greatest Metropolis on their vacation! 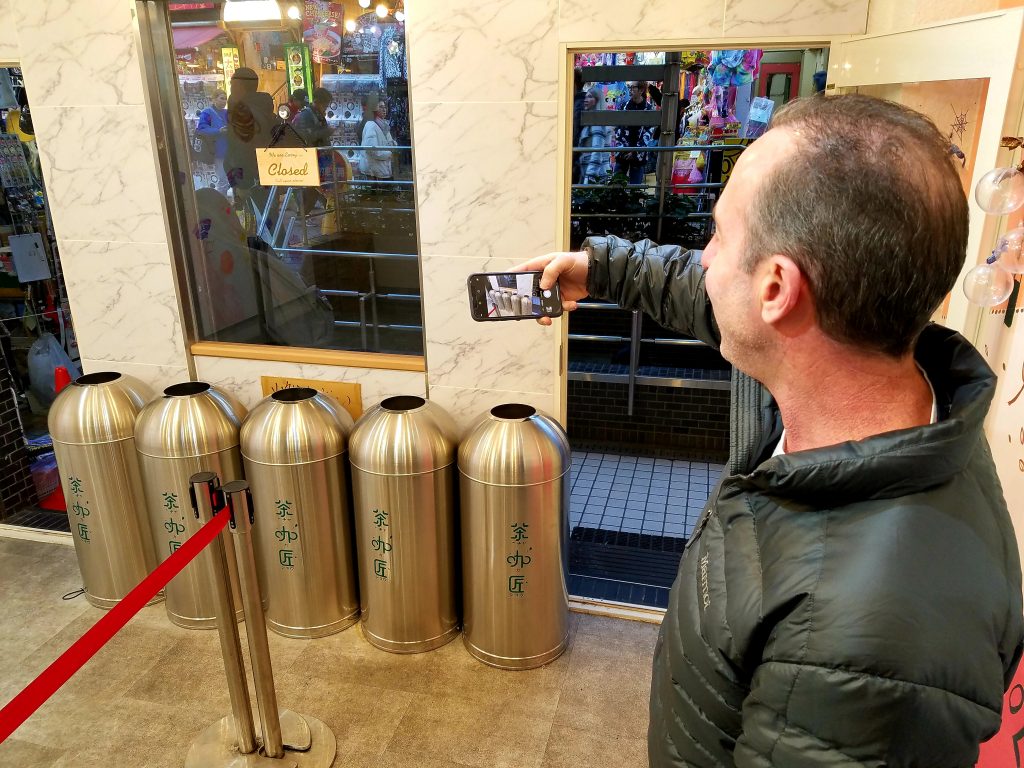 And finally – “Portrait of a man taking photos of bins”: Tokyo is one of the cleanest big cities on Earth. Our guests are constantly amazed how this is achieved without having a bin on every corner. I managed to snap this shot of Mark taking a photo of some bins when we finally came across some, to the amusement of the entire family. Thank you to him, Karen and the ‘kids’, and indeed all our guests, for choosing Maction Planet for the ultimate Tokyo experience.