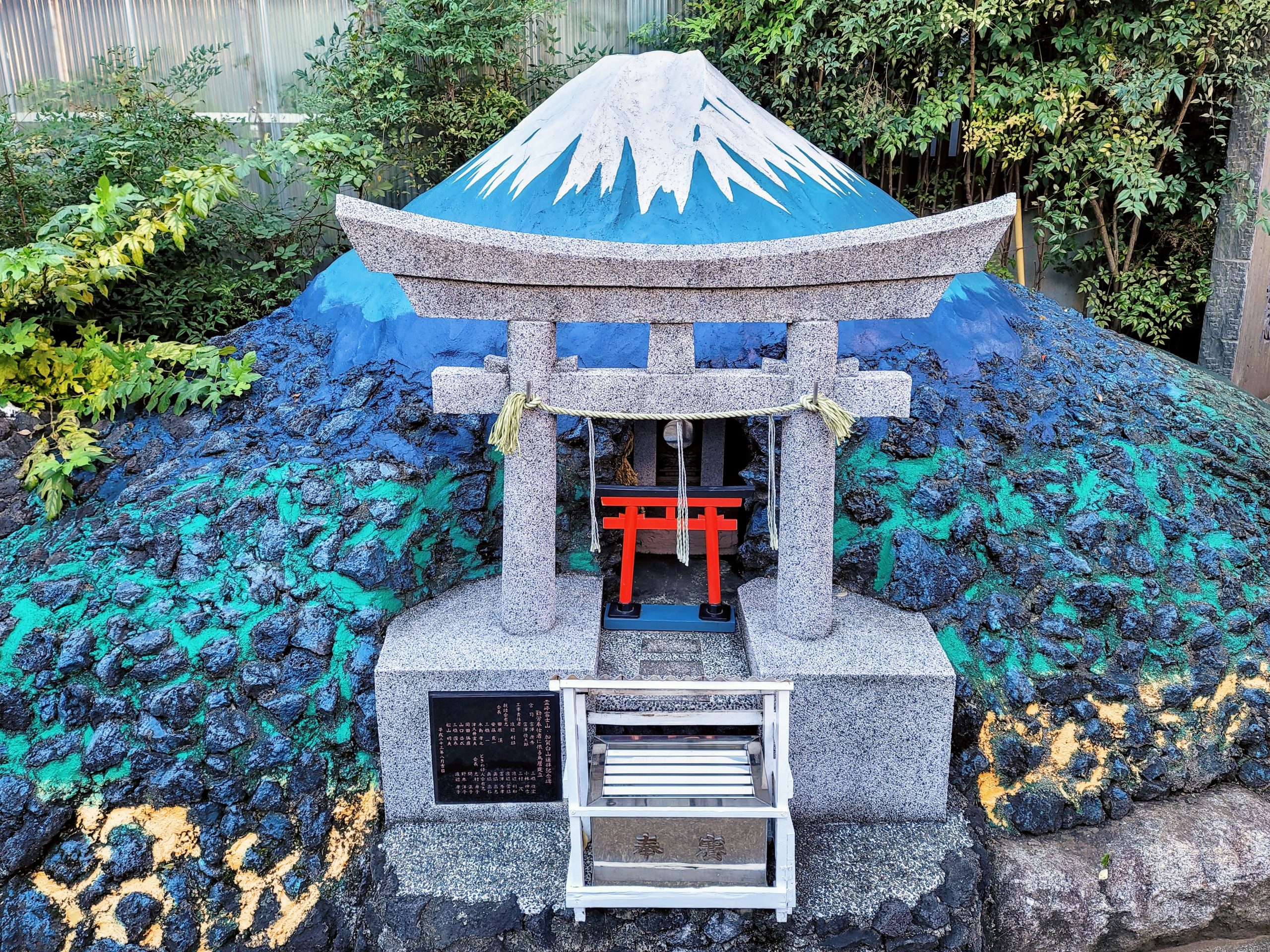 Welcome to ‘This Week in Tokyo’, a review of the Maction Planet week that was and a look ahead to what’s coming up in the city. Hosted by Mac, our Founder and Lead Guide, you can check out photos from our tours and read insights into our explorations as we get under the skin of the World’s Greatest Metropolis, and beyond! This week: Fuji Sengensha; DIMENSION MEDIA; Takeshita Dori continues; Healthful City Tachikawa and Nikka Coffey Grain vs Nikka Coffey Malt.

Featured image – Fuji Sengensha: Since I reviewed Fuji Single Grain Whiskey for Kanpai Planet last week, I have been seeing iconic Mt. Fuji everywhere – even more than usual. Here’s a good example: At the Keihin Inari Shrine in Musashi Kosugi, there’s a shrine in the shape of Mount Fuji called Fuji Sengensha. People pray here for health, longevity, safe delivery during pregnancy and for protection from fire and man-made disasters. It’s actually made of rock from Mt. Fuji itself!

DIMENSION MEDIA: Diesel Art Gallery is currently holding “DIMENSION MEDIA”, a solo exhibition by COIN PARKING DELIVERY. In 2018, he started drawing with his fingers on his smartphone while on the train, which began his creative activities. His work covers two-dimensional works, plastic art, as well as art direction for store interiors and public spaces. His work gives form to questions and ideals unique to the “now” and has received critical acclaim both in Japan and abroad.

“DIMENSION MEDIA” is a mix of “two-dimensional interpretation,” inspired by Japanese art, and “three-dimensional interpretation,” inspired by Western realism. The works capture Japan’s society, which has developed through the coexistence of cultures that do not exist in isolation. The room in the image contains a series of figures known as ‘nextz’: Pez-inspired figures that impose themselves on the space. Check it out from 11 September 2021 to 13 January 2022.

Takeshita Dori continues: A stroll down the world-famous Takeshita Dori is a little different from the last time I guided guests from overseas along it. Several shops have shuttered, and the vacant lots are plentiful. Many of these were tourist favourites. Despite this, the area still oozes youthful energy, and I have no doubt that when travel returns to Japan, opportunists will seize the… err… opportunities that will present themselves.

Healthful City Tachikawa: Is Tachikawa conducive to good health? I’m sure my friends at Sakamichi Brewing would think so. The city office certainly does, and have emblazoned the slogan on this manhole.

We’ve featured a lot of local manhole designs on this blog. Typically they are monochrome, but you can find a couple of them in colour. As always in Tokyo, it’s all about knowing where to look… and that’s our job!