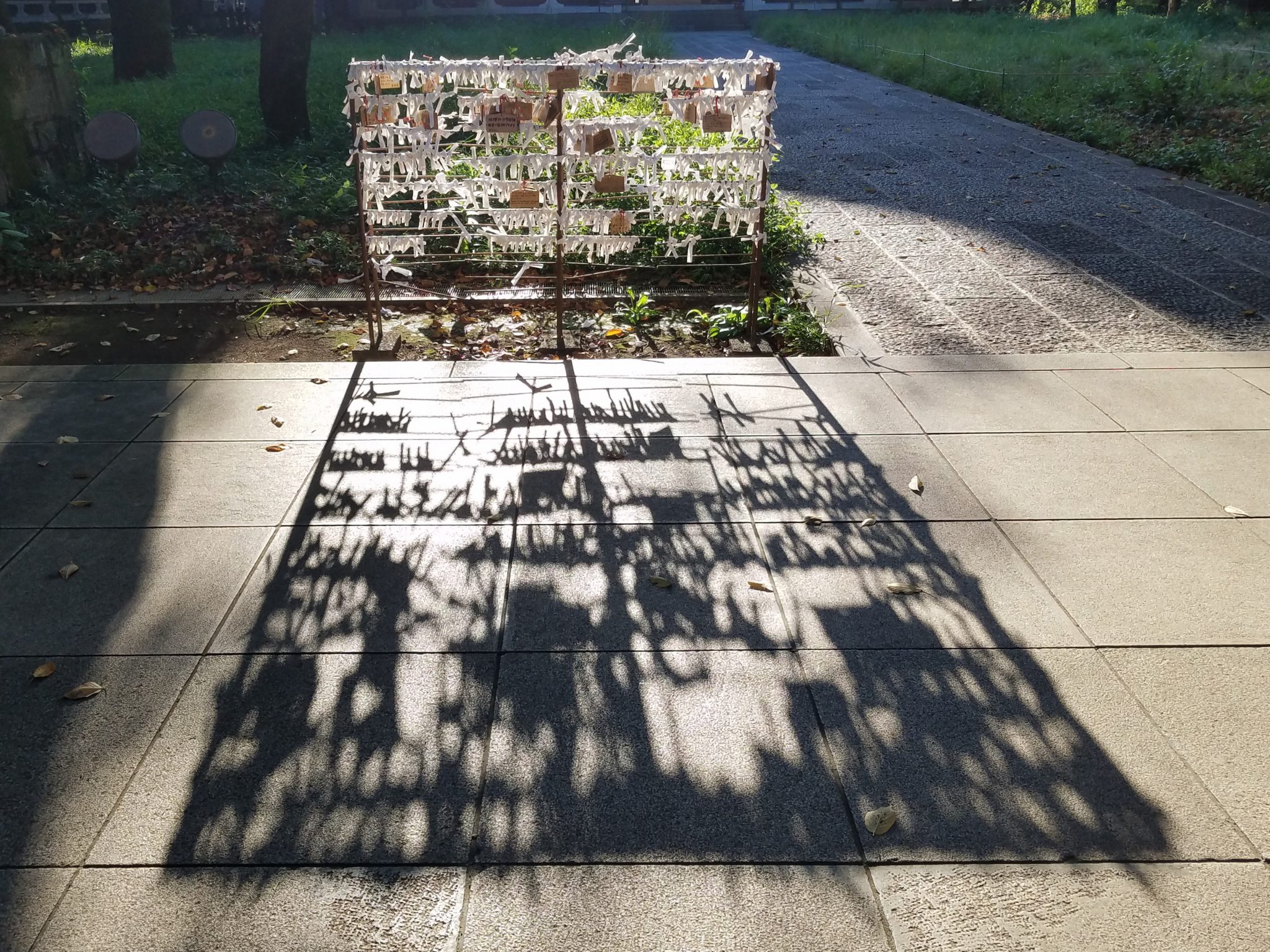 The latest edition of This Week in Tokyo – a review of the Maction Planet week that was and a look ahead to what’s coming up in and beyond the city. Check out photos from our tours and read insights into our explorations as we get under the skin of the World’s Greatest Metropolis, hosted by Mac, Founder and Lead Guide of Maction Planet. This week: In the shadow of fortune, Tengu time off at the Kameido Tenjin Matsuri, Fireworks at Jingu, ultra-local Bon Odori and a Marathon Cup Noodle!

Featured image – In the shadow of fortune: Omikuji (fortunes) have a history dating over 1000 years. The temple complex Hiei-san claims their invention by the monk Ryongen aka Ganzan Daishi. They probably owe their origin at least partly to the custom of drawing lots to make decisions. Now, for a mere ¥100 or so, you can get your future foretold. If you are not happy with your fortune, you can tie it to a tree or wire rack and leave it behind at the shrine or temple. We spotted this amazing scene in the late afternoon at Joshinji on a Maction Planet Tokyo Photography Tour. 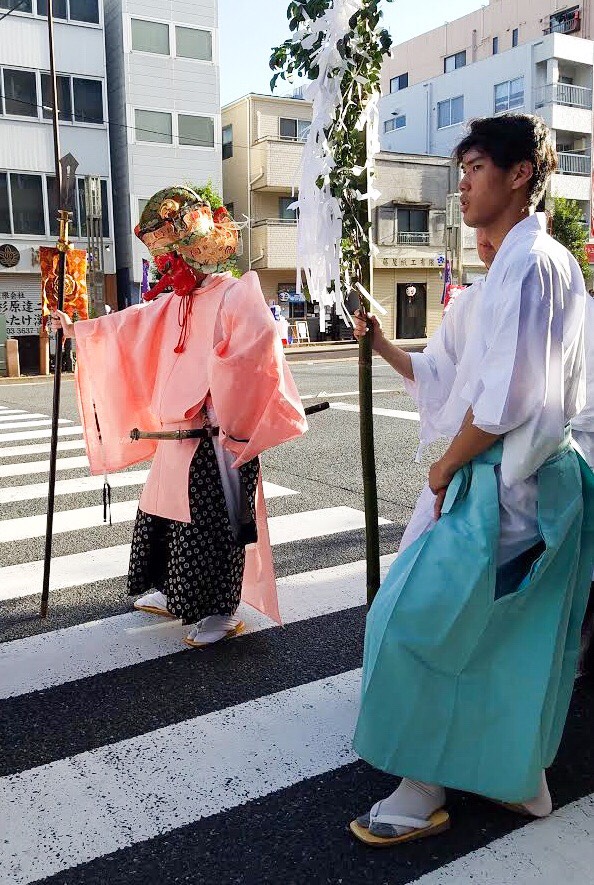 Even Tengu need some time off: My guests and I had the most amazing time at the Kameido Tenjin Matsuri on Saturday 25 August. This year was the grand festival, held only once every four years. We witnessed the incredible parade of people in costume, horses and even a bull! To say that this festival was off-the-beaten-track is an understatement. There was almost no English-language information about the parade… and that is where we come in! While the crowds meant you could hardly move in other parts of town, we had an absolute ball interacting with the locals in this historic Tokyo suburb. To pick one photo to sum up the Kameido Tenjin Matsuri is tough, but this candid shot of a tengu, a supernatural being from Shinto lore, reflecting on life and taking a much-needed break was one of my favourites of the day. 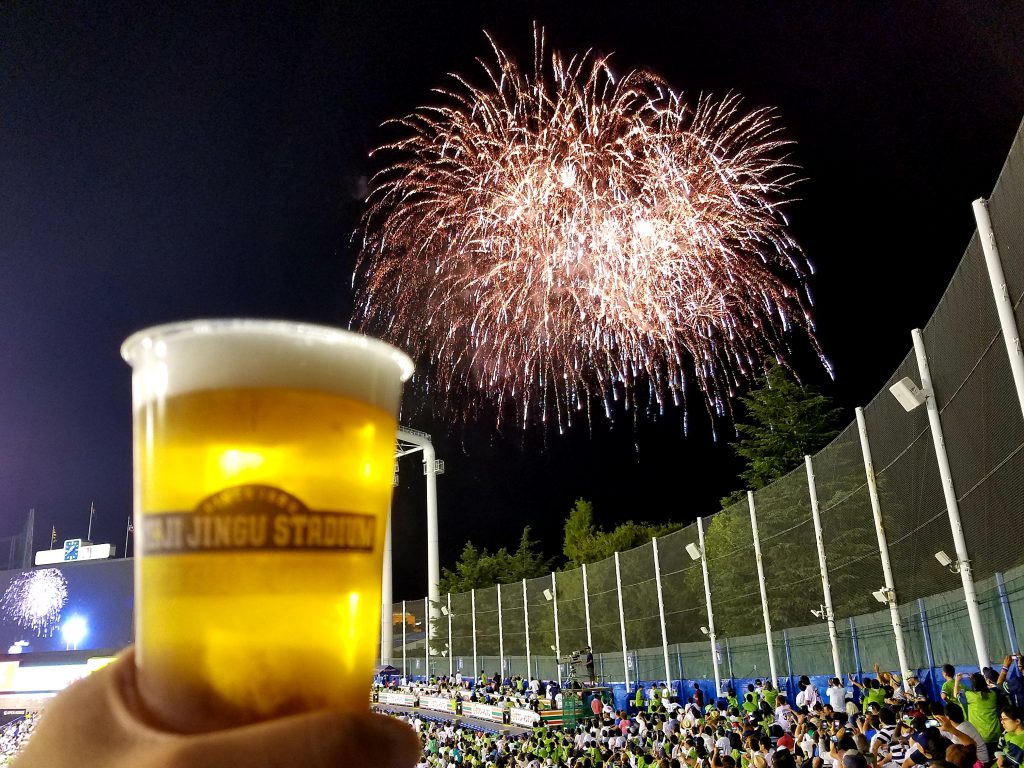 Fireworks at Jingu: During the summer Meiji Jingu Baseball Stadium, home of the Tokyo Yakult Swallows, fires off 300 fireworks a game at the end of the 5th innings. Our guests on their Maction Planet Tokyo Baseball Tour enjoyed them while drinking an cold draft beer served at their seat by one of the stadium’s infamous beer girls. 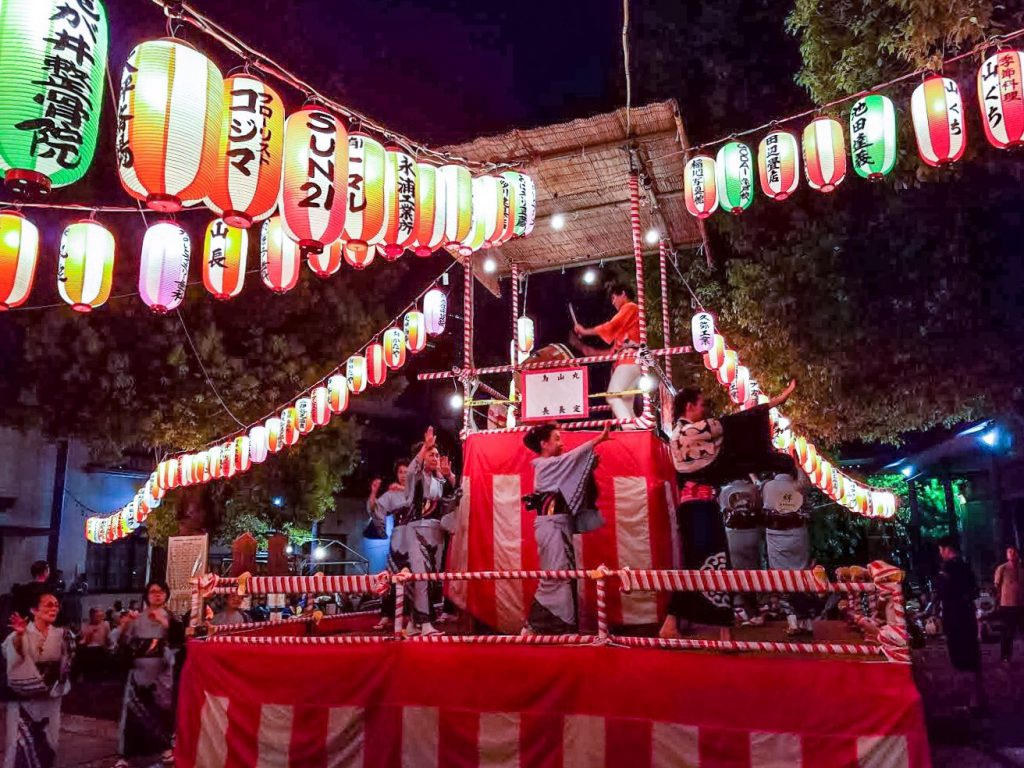 Ultra-local Bon Odori: Founded in 665 AD, Katori Jinja is the oldest shrine in Koto-ku, Tokyo. The shrine is dedicated to the god of sports. Ebisu and Daikokuten, two of the seven gods of fortune, are enshrined here. On Saturday 25 August the shrine held the second evening of its two-night 2018 Bon Odori. Our guests were the only visitors at this amazing event, where we danced, drank and gorged on the ¥100 kakigori (shaved ice)! 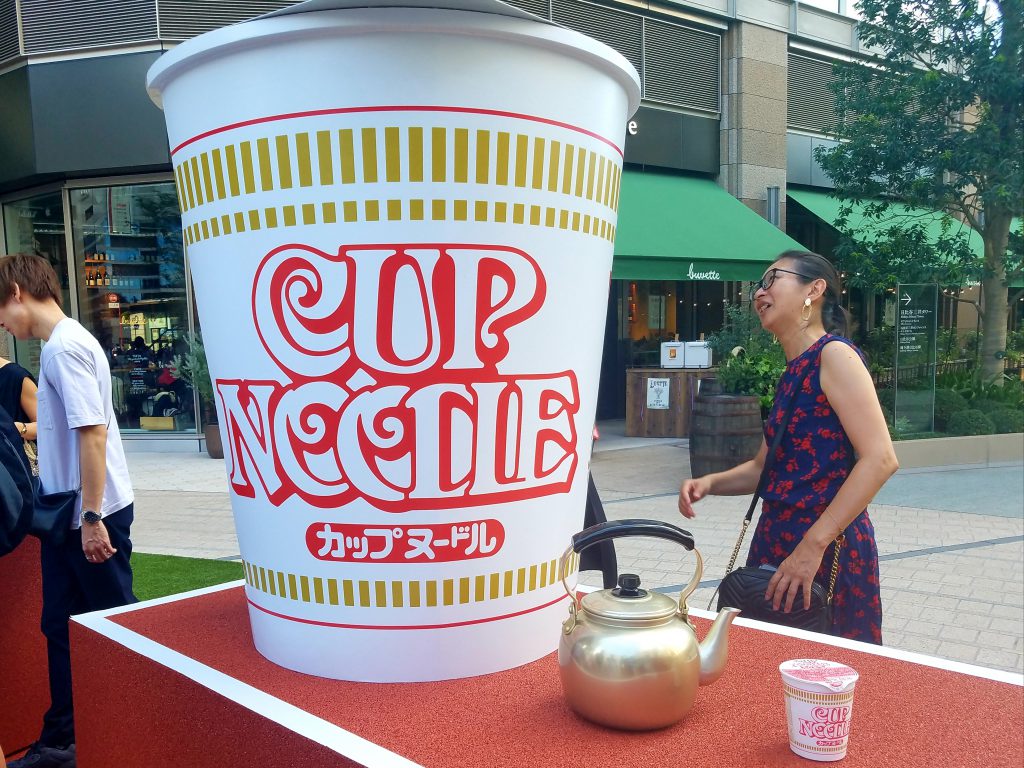 And finally… Marathon Cup Noodle: This Cup Noodle would replenish all the energy you lost pounding out those 42195m. It could be seen at Tokyo Midtown Hibiya until 26 August as part of the Futsuu Ja Nai 2020 Exhibition (Extraordinary 2020 Exhibition), and many of our guests got to enjoy the exhibits which included an over 3.5m tall Volleyball Vending Machine! I just wish I had this Cup Noodle when I ran the inaugural Tokyo Marathon back in 2007.