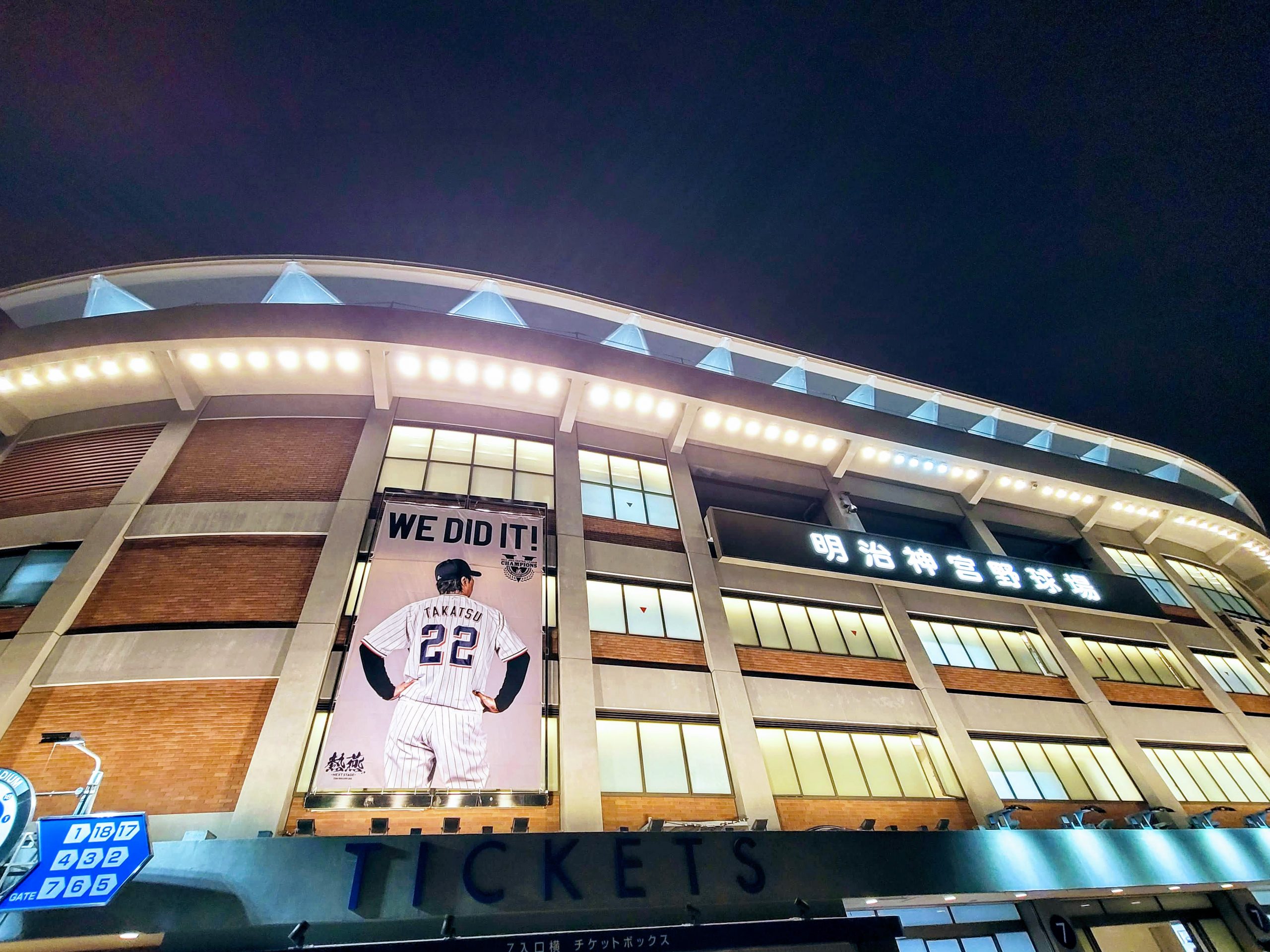 Welcome to ‘This Week in Tokyo’, a review of the Maction Planet week that was and a look ahead to what’s coming up in the city. Hosted by Mac, our Founder and Lead Guide, you can check out photos from our tours and read insights into our explorations as we get under the skin of the World’s Greatest Metropolis, and beyond! This week: The Tokyo Yakult Swallows are the 2022 JERA Central League Champions; Vincent and Mac; Bon Odori under the expressway and Mac’s Sake Week.

Featured image – The Tokyo Yakult Swallows are the 2022 JERA Central League Champions: We retained the title (a phrase I never conceived I would type) with a 1-0 sayonara victory against the second-place DeNA Baystars in a 3 hour 23 minute game which began at 18:00. I left the stadium at midnight having watched numerous celebrations, ceremonies, interviews and the Swallows’ patented on-field beer fight. Don’t ask.

However, the photo I have chosen to represent this historic occasion is one I snapped upon exiting the stadium. The Swallows had already erected this banner of manager Takatsu to remind fans who may have forgotten, after six hours in the stadium, that we did it. And did it we did. Next up: the Climax Series Final Stage, followed by the Japan Series. We continue…

Vincent and Mac: There is probably no Western painter who enjoys greater popularity in Japan than Vincent Van Gogh (1853-1890).
Currently on show at the Kadokawa Culture Museum is a digital art exhibition that invites visitors to relive the world as perceived by Vincent Van Gogh. Through a combination of music and 360° projections onto the venue’s walls and floors, the exhibition recreates Van Gogh’s visual world. Developed for the museum’s Grand Gallery, a large exhibition space of over 1,100㎡, a total of 34 high-brightness projectors are used to create this immersive experience. Highly recommended.

Bon Odori under the expressway: I love Bon Odori, and our tour guests love it too. Steve and Sarah enjoyed one of the most local events in the Tokyo Bon Odori calendar, under the expressway at Hakozakigawa Daini Park on Friday 23 September, just before the typhoon hit. Needless to say, they loved it!

Mac’s Sake Week: It’s been a huge sake week in Tokyo. I went to Craft Sake Week on Monday 19 September. On Thursday, I was honoured to attend a recording of the Sake on Air podcast featuring Taste With The Toji founder and newly minted Sake Samurai Simone Maynard! On Friday, I attended two sake events, Ibaraki Jizake Meguri in Hibiya and Sake Jump in Otemachi.

Here are photos of me and Simone at Sake on Air, and me and sake educator Chris Hughes at the Ibaraki event, with no sake. As always, it’s the people that make these events. Kanpai!