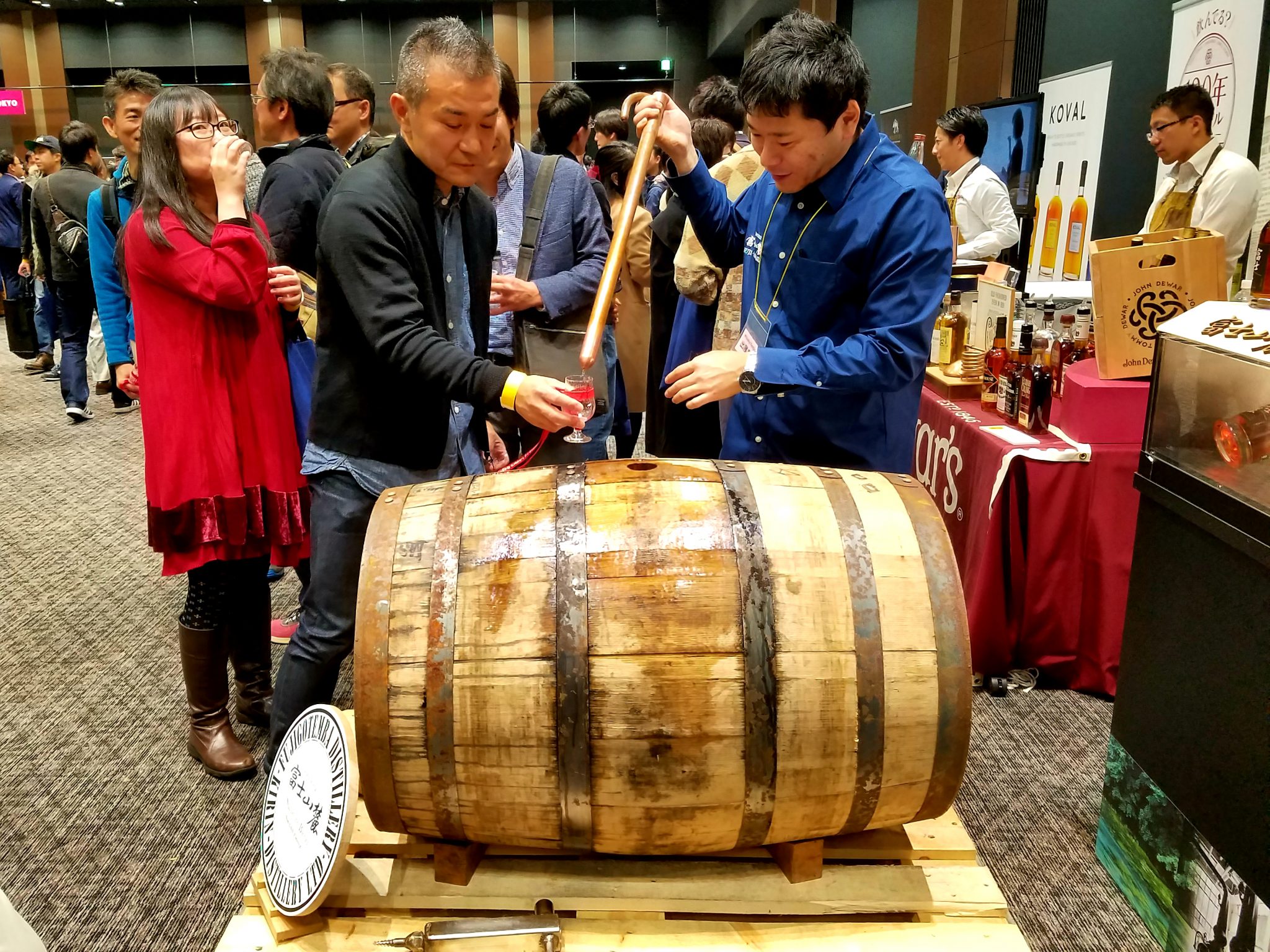 The latest edition of This Week in Tokyo – a review of the Maction Planet week that was and a look ahead to what’s coming up in and beyond the city. Check out photos from our tours and read insights into our explorations as we get under the skin of the World’s Greatest Metropolis. This week’s edition is hosted by Mac, Founder and Lead Guide of Maction Planet. This week: Japanese whisky from the barrel; The Walking Dead in Tokyo; Exclusive Shochu Tasting; White KITTE and Eevee Day!

Featured image: Japanese whisky from the barrel: Literally! A great scene from ‘Whisky Festival in Tokyo 2018’. Kirin’s Fuji-Gotemba Distillery brought whisky by the barrel for punters to imbibe straight from the barrel! This was one of the highlights of a great event which saw 5000 attendees enjoy drinks from over 80 companies, alongside entertainment such as amazing bagpiper Atsushi Yamane. Kudos to the organisers and all the staff for a fantastic event. 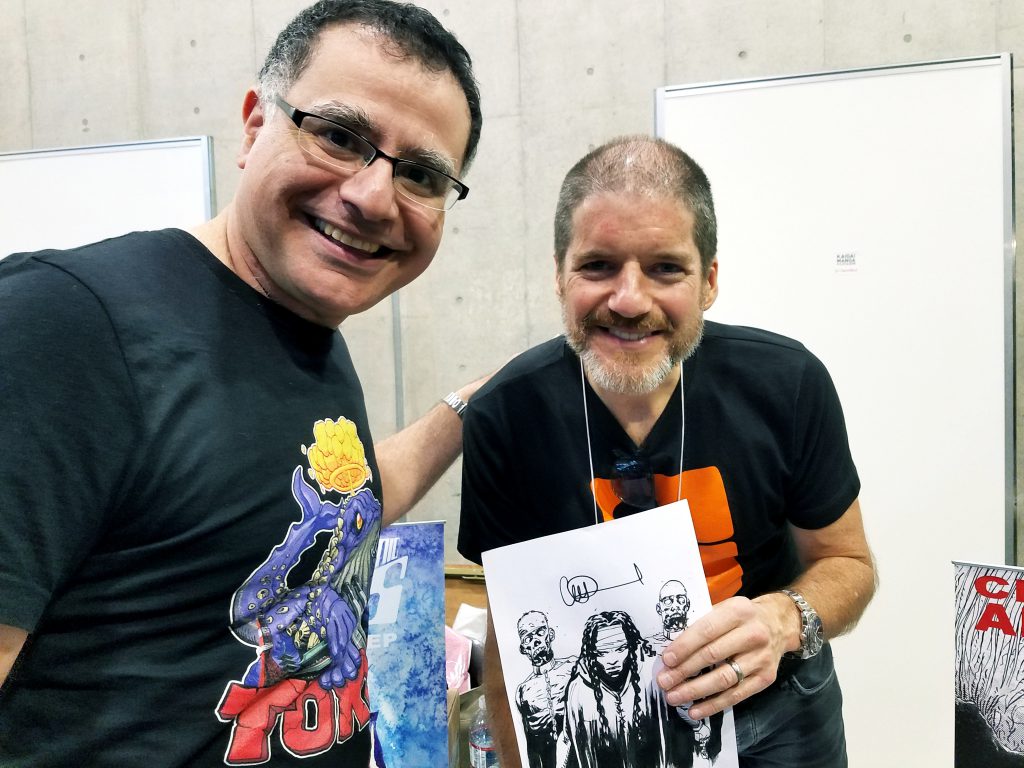 The Walking Dead in Tokyo: It was great to meet Charlie Adlard again, this time in Tokyo. Charlie is artist on the infamous long-running comic book ‘The Walking Dead’, written by Robert Kirkman and published by Image Comics. Charlie kindly recreated the cover of Walking Dead Issue 19 for me, which featured the first appearance of fan-favourite character Michonne. Charlie was a guest at Tokyo International Comic Festival 2018, known in Japanese as the Kaigai Manga Festa. You can check out another commission I got from master illustrator Kim Jung Gi here and a walkthrough I did of the entire COMITIA 126 event (of which Kaigai is a part) here! 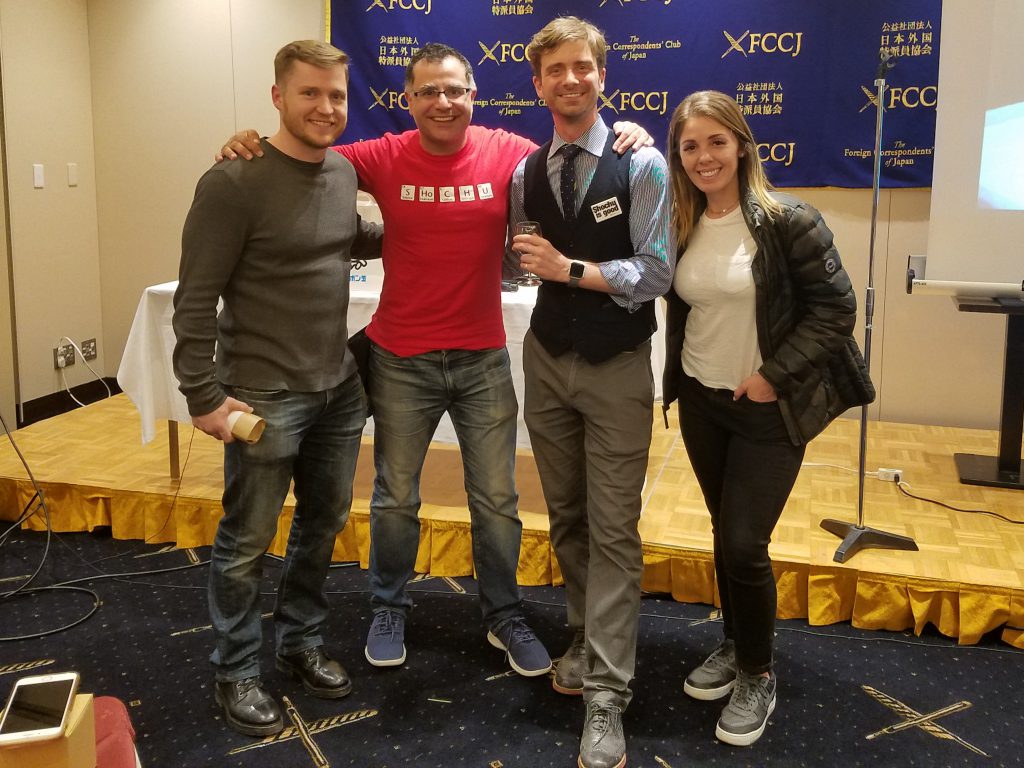 Exclusive Shochu Tasting: There was no better place to be in Tokyo on the evening of 20 November that at the new FCCJ in Tokyo (Foreign Correspondents Club of Japan). My guests Elena and Luke joined host Christopher Pelligrini for the annual Zipangu shochu magazine release party. 19 Kyushu shochu distilleries were present pouring an incredible selection of rare tipples across the full spectrum of Japan’s indigenous spirit, from barley to sweet potato to sesame shochu. Giving our guests access to these exclusive events is a huge part of the Maction Planet philosophy. I always like dressing for the event, and my Shochu T-shirt was a big hit. They are available for purchase here, along with other great Maction Planet Tokyo Apparel. 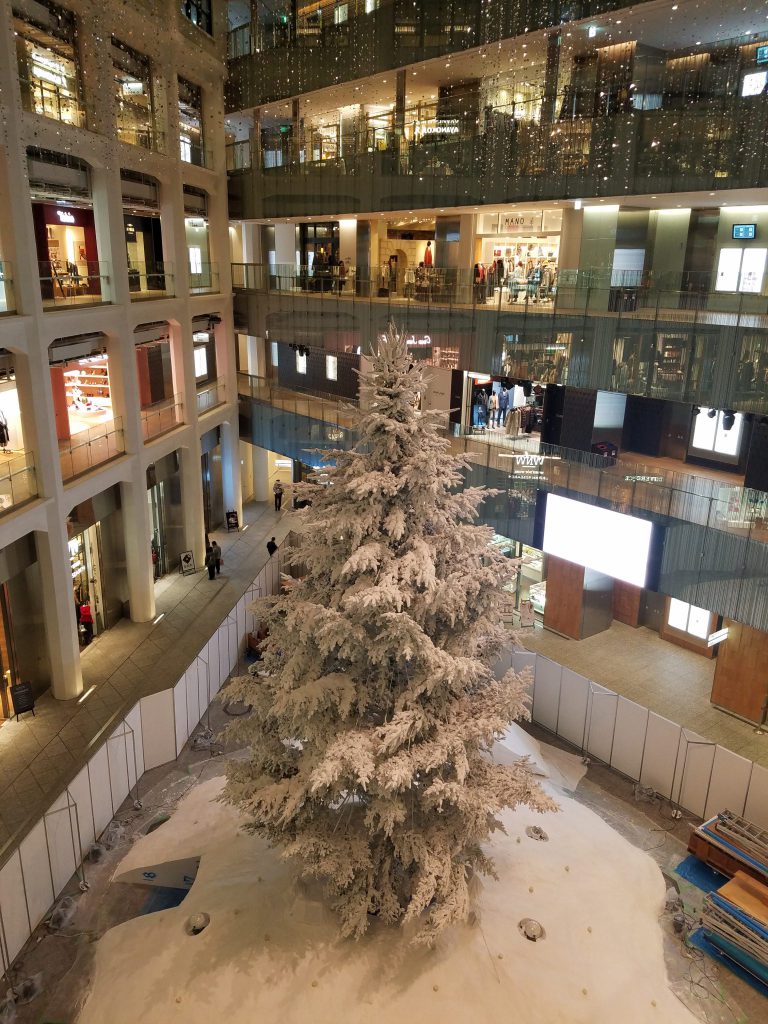 White KITTE: One of Japan’s largest Christmas trees got a full  unveiling on 21 November at the JP Tower KITTE complex near Tokyo Station. The Christmas event “WHITE KITTE” is once again being held there. It is tough to keep a Christmas tree this size under wraps (pun intended), so my guests and I got a sneak peek the day before it was officially unveiled on 21 November. 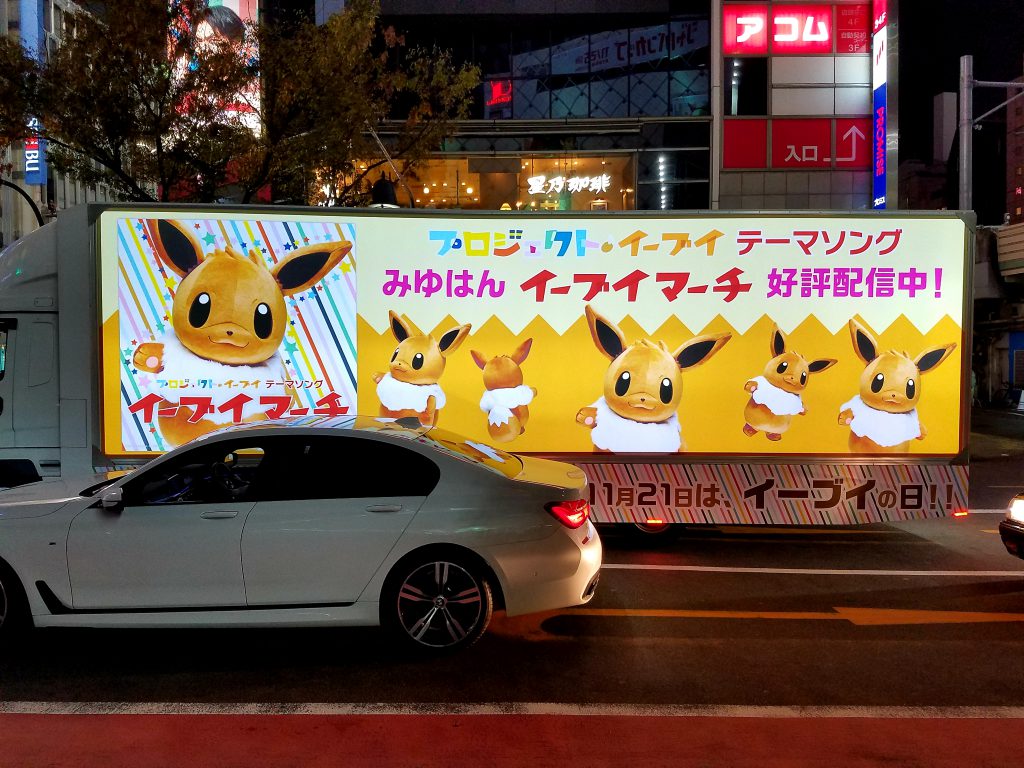 And finally – Eevee Day: The Japan Anniversary Society has officially certified November 21 as Eevee Day in Japan. Not even Pikachu’s day on 5 February has this seal of approval! To celebrate, The Pokemon Company has kicked off a Project Eevee Twitter campaign that will end on November 30, 2018. On the itself, on the 21st minute of every hour, Project Eevee posted “Public Service Announcements” about Eevee Day from the Pokémon: Let’s Go, Eevee! Nintendo Switch game on Twitter. The truck here, spotted on a nightlife tour in Shibuya, is advertising the Eevee March theme song by Mewhan, on sale now!