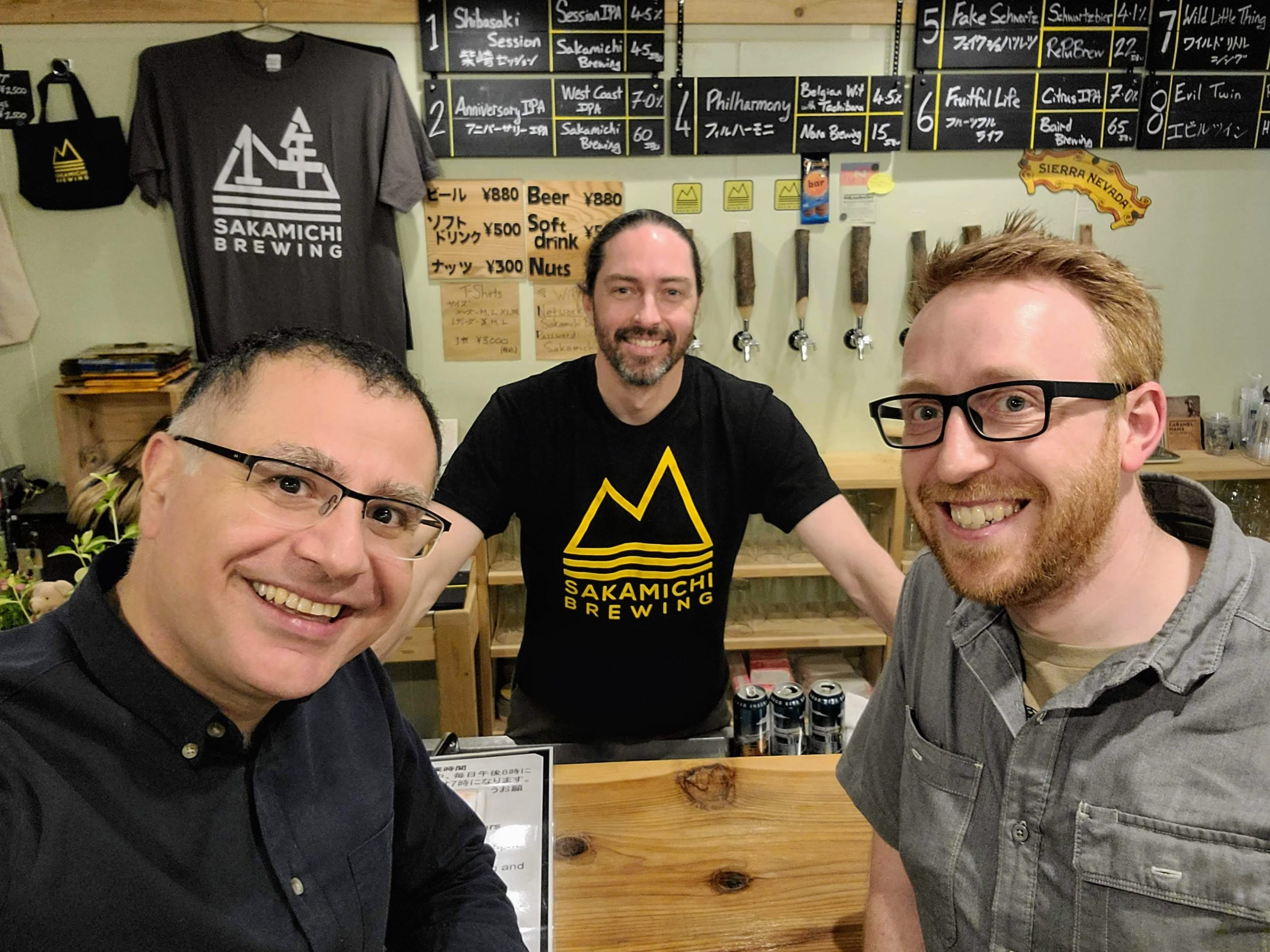 Welcome to ‘This Week in Tokyo’, a review of the Maction Planet KANPAI PLANET week that was and a look ahead to what’s coming up for my newest project!

It’s been a Kanpai Planet-heavy week this week on Maction Planet. If you don’t know what Kanpai Planet is, it’s my new platform bringing you the world of Japanese drinks direct from the heart of Tokyo. I launched it almost 3 months ago and the reception has been fantastic.

So, now that you know, here’s what a ‘This Week in Tokyo: Kanpai Planet Edition’ looks like!

On Wednesday I filmed the latest Kanpai Planet video (below), and then I headed west to record my first appearance on the Sakamichi Nights podcast.

Sakamichi Brewing is located in Tachikawa, Tokyo. Each episode co-owners Daniel and Matthew (see featured image above) pick a beer or two from the menu and discuss it, which then leads into a seminal discussion about business and beer.

This week they were joined by me to try some of the excellent Philharmony, a Belgian Wit with Tachibana from Nara Brewing. Nara always include really cool postcards with the kegs of beer they send out, so we discussed why businesses choose to put in the extra work and spend the extra money for something that doesn’t seem to bring any monetary benefit. Things like (dare I say it) running YouTube channels or making podcasts. And we also discuss whether it’s important or desirable to speak with an honest and authentic voice when promoting your business.

It was lots of fun, especially because I got to finish the keg of Tama’s Chocolate Orange, one of the few beers I have rated 5/5 on Untappd!

Thursday was spent editing the sixth Kanpai Planet video, which I published on Friday morning. It was my first whisky review for the channel, in which put the old and new iterations of Nikka Whisky’s Taketsuru Pure Malt head-to-head. It was lots of fun to film and the reception to the video has been fantastic.

Later on 23 April, my first article for Tokyo Weekender was published! I was asked to write about Japanese Gin, and in my 1000 or so words I managed to pack in a brief history of gin, a history of Japanese Gin, why Japanese Gin is booming and some recommendations of my favourite Japanese Gins!

I’m humbled by the growth, exposure and love Kanpai Planet has received in just 10 weeks since launch. Thank you ALL for your support. LARGE plans ahead. We’re just getting started…