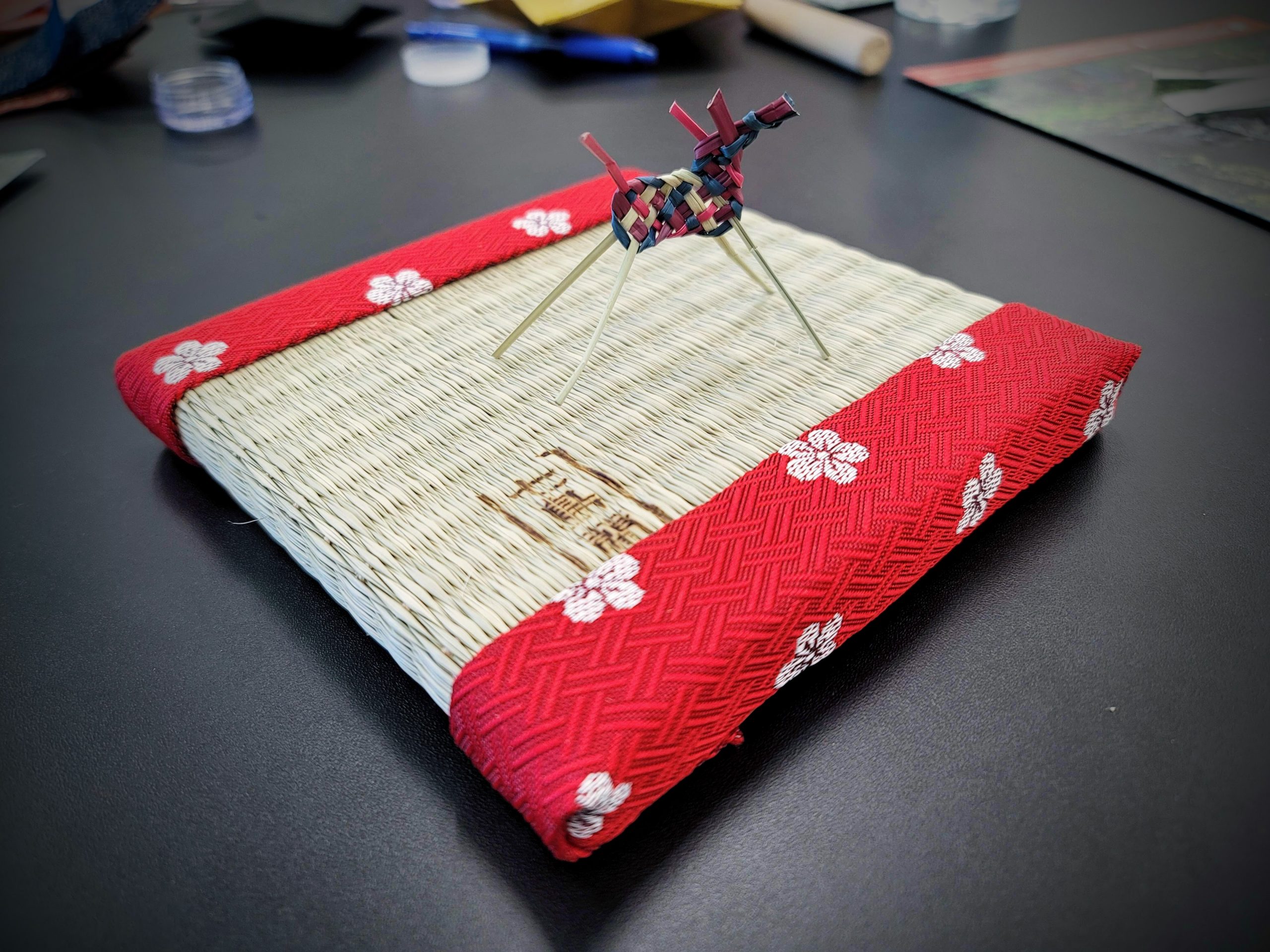 Welcome to ‘This Week in Tokyo’, a review of the Maction Planet week that was and a look ahead to what’s coming up in the city. Hosted by Mac, our Founder and Lead Guide, you can check out photos from our tours and read insights into our explorations as we get under the skin of the World’s Greatest Metropolis, and beyond! This week: Olympic Judo-grade tatami; You’re my Hiroo; Hachiko Heart; All You Need is Dub and Yamazaki 18 on Kanpai Planet.

Featured image – Olympic Judo-grade tatami: Kunisaki Shichitoi Omote is a mat made of shichitoi, a plant grown in Kunisaki and Kizuki Cities in Oita Prefecture. Compared to ordinary tatami mats, it has a smoother texture, over double the perspiration resistance, and is 5-6 times stronger. For these reasons, it was selected at the flooring for the Tokyo 2020 Olympic Judo tournament.

During the Edo period, production accelerated reaching a peak in the aftermath of the Second World War, but thereafter the number of producers declined rapidly due to industrialization policies in the region, amongst other reasons.

In 2009, a tatami company in Oita Prefecture began a cultural preservation initiative to prevent the disappearance of the shichitoi production area, and the following year, the Kunisaki Shichitoi Promotion Association was established. At that time, there were only about 5 producers, mainly elderly people, and the production area was almost extinct. Since then the number of new farmers has grown, and activities to restore production areas are now being developed. It’s now one of Japan’s protected Geographical Indications, respecting the heritage of the Kunisaki craftsmen.

I know all this because I was honoured to be invited by my friends at Tokyo Weekender, Tokyo’s longest-running English-language lifestyle magazine which I frequently write for, to a showcase of arts, crafts and delights from Kunisaki and Bungotakada. A great event, in which I got to make (well, put the finishing touches) to this fine piece of local tatami, fit for a tatami horse! Many thanks to the amazing representatives from this undervisited part of Japan for laying on such a great event.

You’re my Hiroo: Hiroo is a suburb that not many tourists visit, pandemic or otherwise. Depending on their perfect, personalised itinerary, some Maction Planet guests do end up exploring the tree-lined backstreets of this chic neighbourhood. This photo was snapped on Thursday on one such tour, when some Japanese guests of Maction Planet were re-discovering Tokyo with me for the first time since their university days! It was honour to be part of this historic moment in their lives. I cannot wait for the borders to reopen and to get back to doing more of what I love!

Hachiko Heart: We love Hachiko on Maction Planet. A quick browse through past This Week in Tokyos will make that very evident. Here’s a new spot – the mural at the Shibuya City Office.

All You Need is Dub: Tokyo ON meets Japanese Dub Music in ‘All You Need is Dub’, a chill-out mix dedicated to modern Japanese dub music filled with classics, covers, and Tokyo ON twists. For relaxing times and good vibes drinking beer (or red red wine) while watching the sun set. All you need is dub…and dub is all you need! Listen here:

Yamazaki 18 on Kanpai Planet: Kanpai Planet presents the ULTIMATE guide to Yamazaki 18 from Suntory! Yamazaki 18 is one of the most iconic Japanese whiskies of all time, but is shrouded in mystery. Ever wondered what casks were used for Yamazaki 18? Is it natural colour? Non-chill filtered? What are the differences between Yamazaki 18 and the Yamazaki Distiller’s Reserve? And most importantly, how does it taste? We have you covered in the ultimate Yamazaki 18 overview and review! As per the usual, expect lots of historic tidbits and other edutainment in true Kanpai Planet fashion. It’s a whisky review like no other!