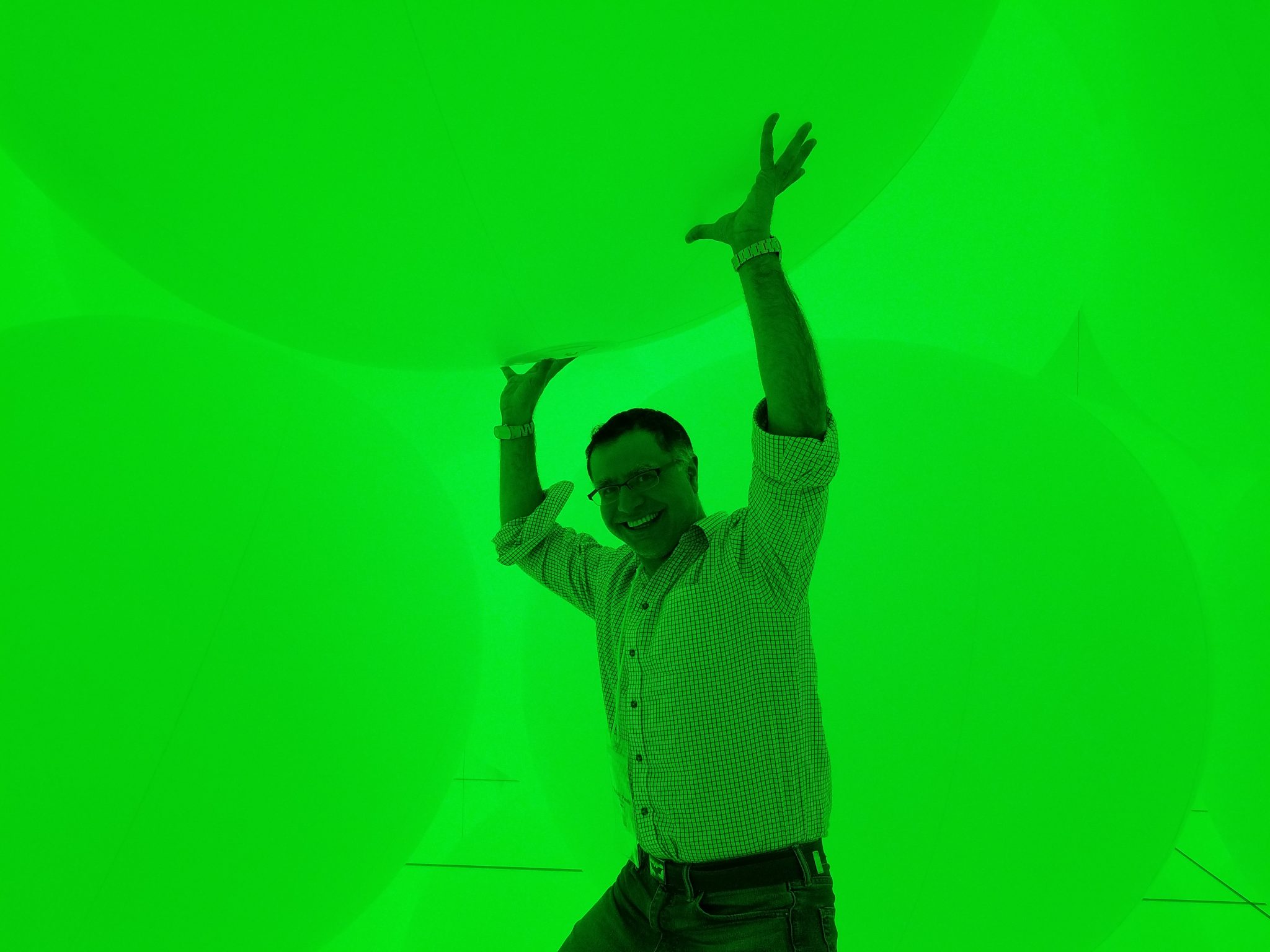 The latest edition of This Week in Tokyo – a review of the Maction Planet week that was and a look ahead to what’s coming up in and beyond the city. Check out photos from our tours and read insights into our explorations as we get under the skin of the World’s Greatest Metropolis, and beyond. This week’s edition is hosted by Mac, our Founder and Lead Guide. This week: Maction Atlas; German dog cafe; My Kingdom for a Bikkuriman; Hoshinoya at night and “have good manners”!

Featured image – Maction Atlas: The weight of the world on his shoulders. Not Maction Planet…  Teamlab Planets! My guest Sonya took this photo of me. Thank you for letting me use it here. The grin can be explained by the great time we were having, and the fact that her tour took place on the second anniversary of the launch of the Maction Planet website! 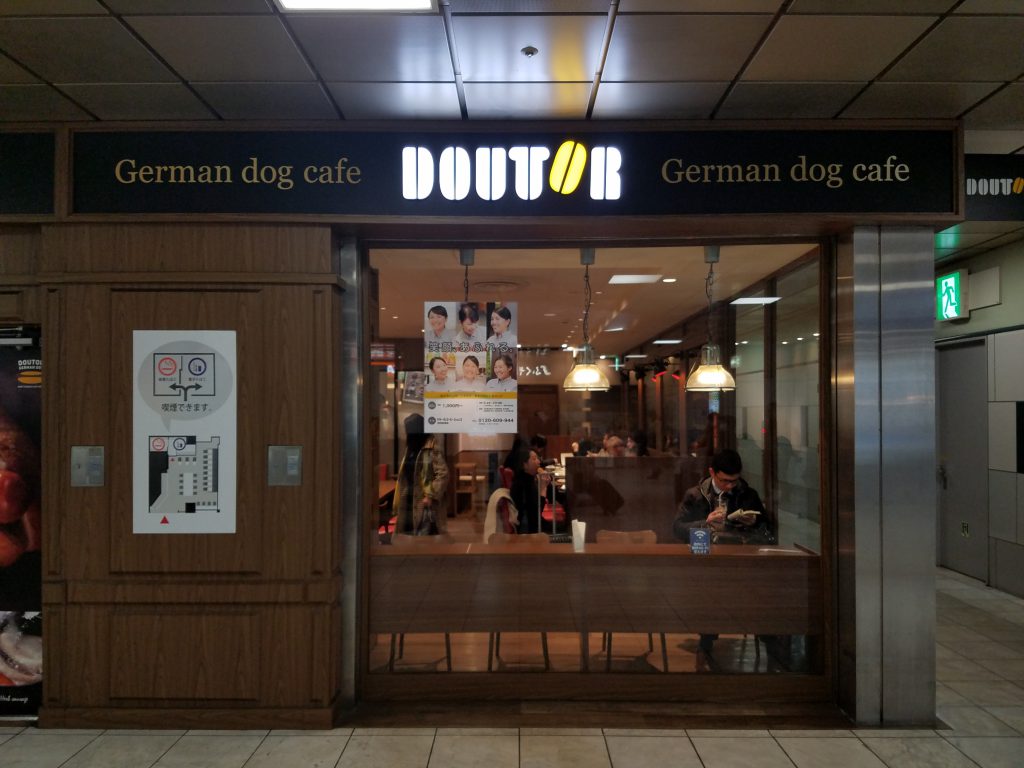 German dog cafe: I picked up Sonya from Haneda Airport for her stopover tour of Tokyo. On the way to meet her this Doutor caught my eye! The first Doutor opened in Harajuku in April 1980. Almost 40 years on and they now have over 1200 outlets in Japan and other countries including Taiwan, Malaysia and Singapore. Please don’t worry, they are of course talking about Hot Dogs! 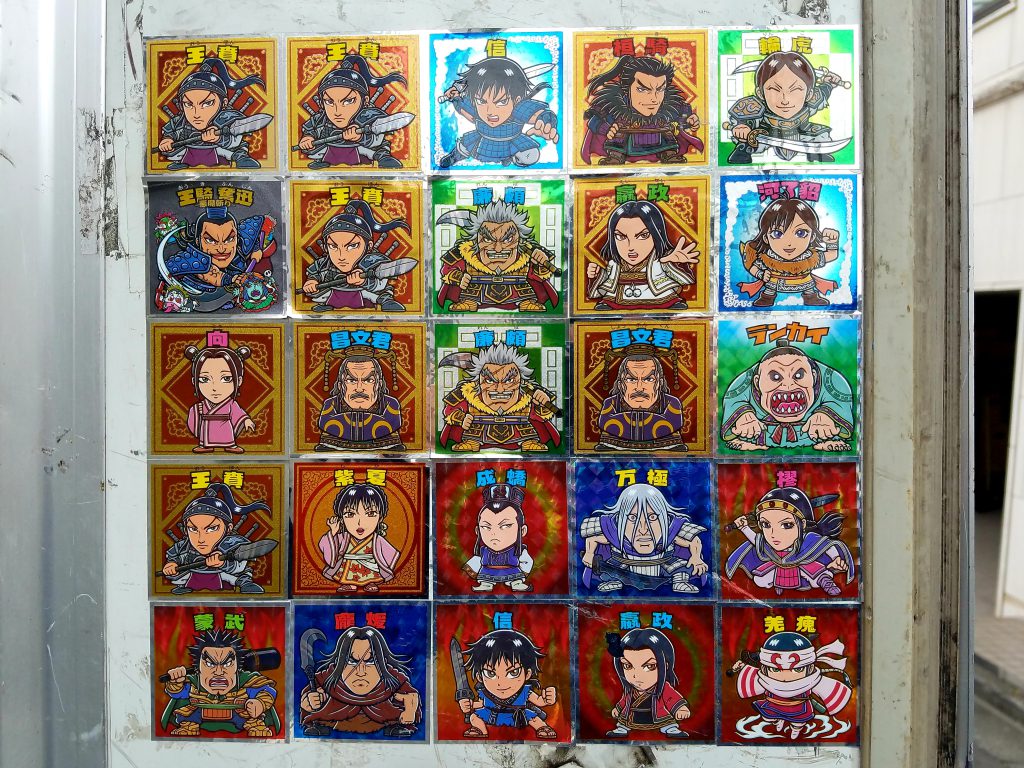 My Kingdom for a Bikkuriman: I was leaving the Maction Planet offices on the way to meet some guests recently and as I was heading down the street I spotted a truck with its door open. Drawn to shiny things like a Maction magpie (Macpie?!?) I noticed these on the inside of the back door. So pretty! Everyone in Japan knows these Bikkuriman Choco stickers. Bikkuriman (ビックリマン) is a chocolate and peanut wafer sold with a small random character sticker (‘seals’ as they are known here) inside. First produced by the Lotte conglomerate in 1977, each one originally included a randomly packed ‘prank’ sticker with a realistically illustrated object on it. However, the franchise truly took off in the mid-80’s, when the 10th generation of stickers were released – the Akuma vs Tenshi Seal (悪魔VS天使シール, Devil vs Angel Seal), designed Minoru Yonezawa and Satoshi Hyodo. The back of each sticker included some story information that could be pieced together into a larger narrative. Despite originally having no anime, manga or video game tie-in they became hugely popular, ironically spawning spin-off anime, manga and video games! The design aesthetic and marketing strategy has had a huge influence on Japanese popular culture. BTW those two designers continue to do art for Bikkuriman projects to this day! These particular stickers I spotted are a collaboration with Kingdom, a Japanese manga series written and illustrated by Yasuhisa Hara. The story is set in the Chinese Warring States period, and his since become an anime with a live-action film scheduled to be released in 2019. Kingdom Come indeed! 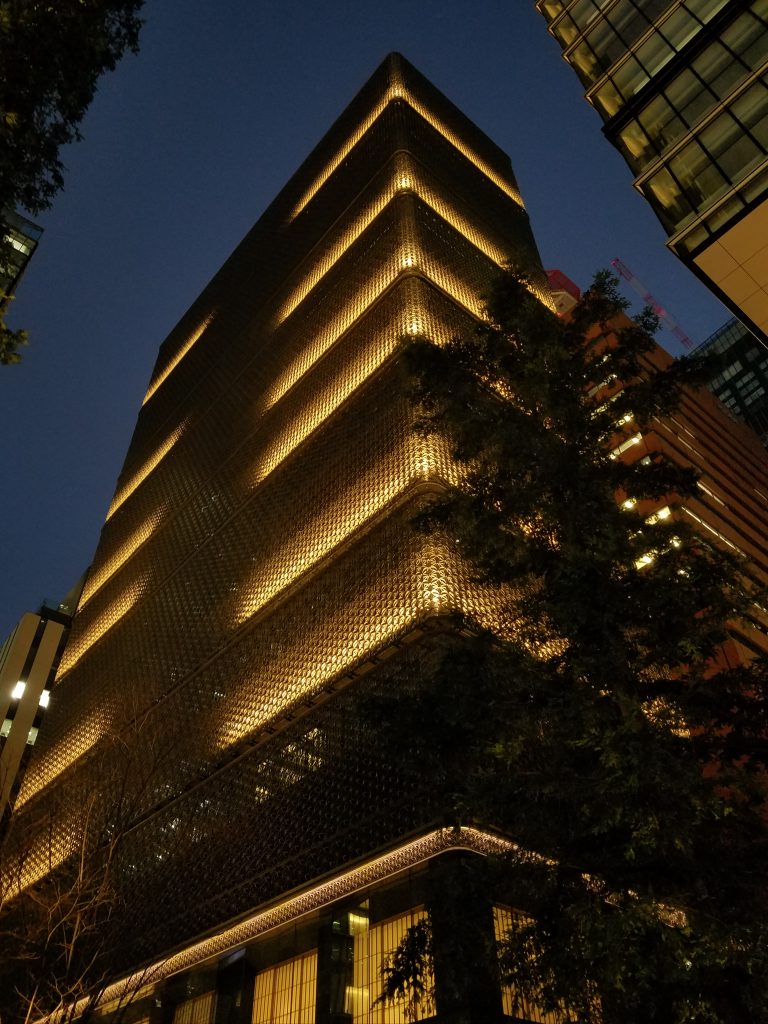 Hoshinoya at night: I love going to pick up guests from Hoshinoya, espeically at night. The ryokan’s exterior exudes elegance but blends right in to the Otemachi skyscraper district. Yet another architectural highlight of the World’s Greatest Metropolis. 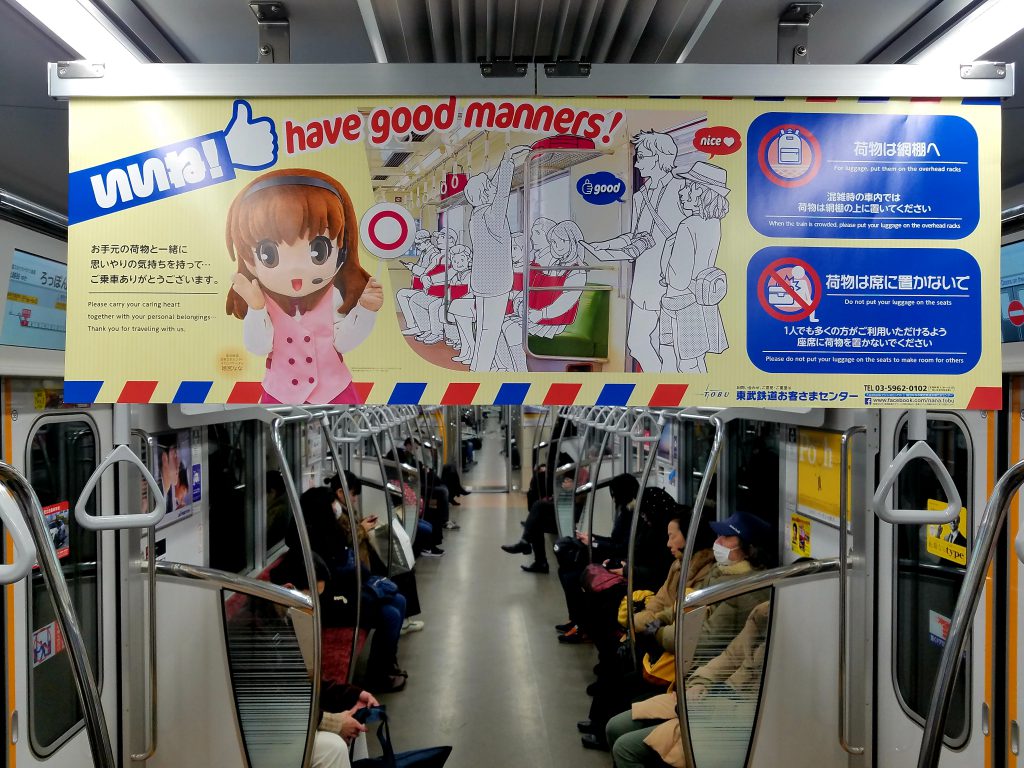 “have good manners”: Recent surveys have suggested that Tokyo train travellers’ biggest peeve is other commuters’ backpacks. This poster from Tobu tells you how to get the thumbs up from strangers on a train!