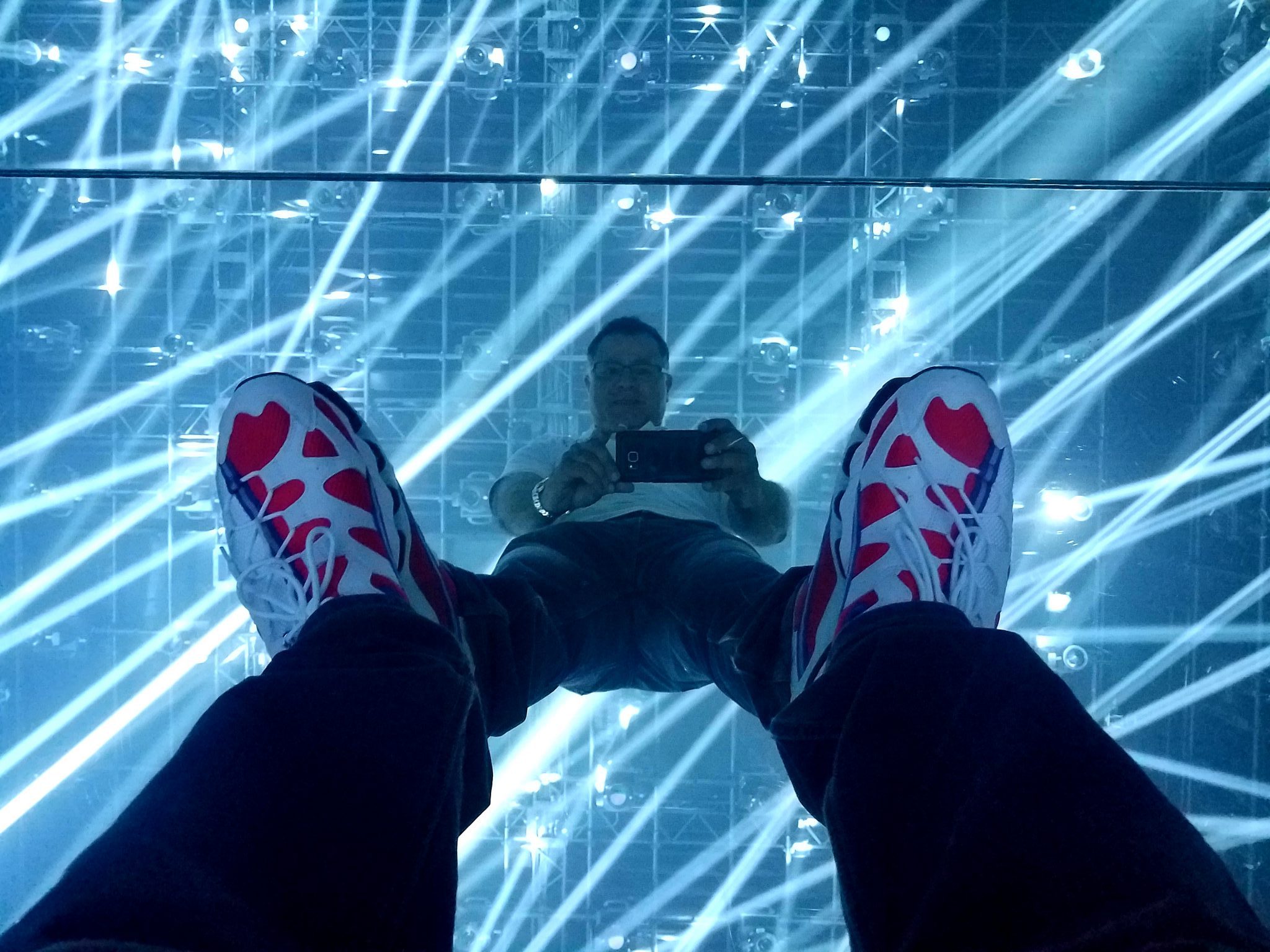 The latest edition of This Week in Tokyo – a review of the Maction Planet week that was and a look ahead to what’s coming up in and beyond the city. Check out photos from our tours and read insights into our explorations as we get under the skin of the World’s Greatest Metropolis, and beyond. This week’s edition, continuing a fully-booked June for Maction Planet, is hosted by Mac, our Founder and Lead Guide. This week: Gel-MAI in the Light Vortex; Candy Floss Roses; Tsubame Deka; Happy Birthday Godzilla and The G.O.A.T.

Gel-MAI in the Light Vortex: If you are ever going to snap a photo of your new shoes, then TeamLab Borderless has to be the place to do it. He I am in the Light Vortex showcasing my new ASICS GEL-Mai shoes, which Maction Planet guests will see me sporting during the summer as I guide them around the World’s Greatest Metropolis, and beyond! 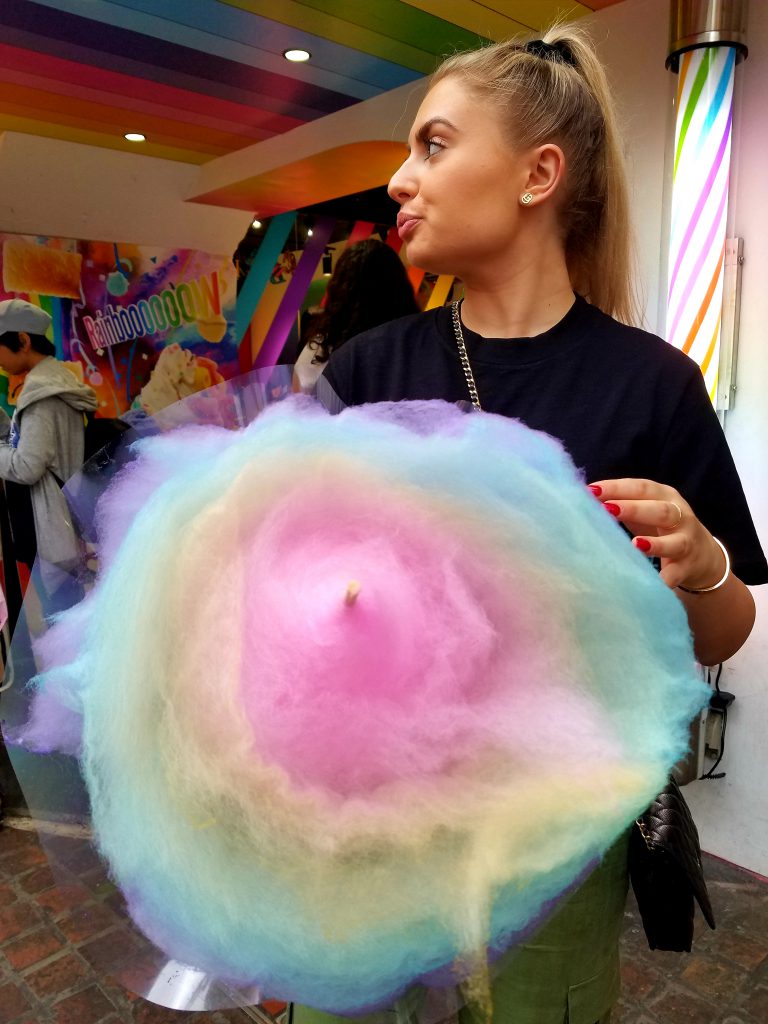 Candy Floss Roses: We have featured Totti Candy Factory in a previous This Week in Tokyo. From humble beginnings they have become and iconic part of the Tokyo Experience… at least on the dessert front. Their epic Rainbow Cotton Candy needs to be tried to be believed. That’s exactly what I did with the Gordon family on Sunday. We ate it in such a way that I noticed that it had become a flower of sorts, and I snapped this quick pic before we devoured the rest of it! 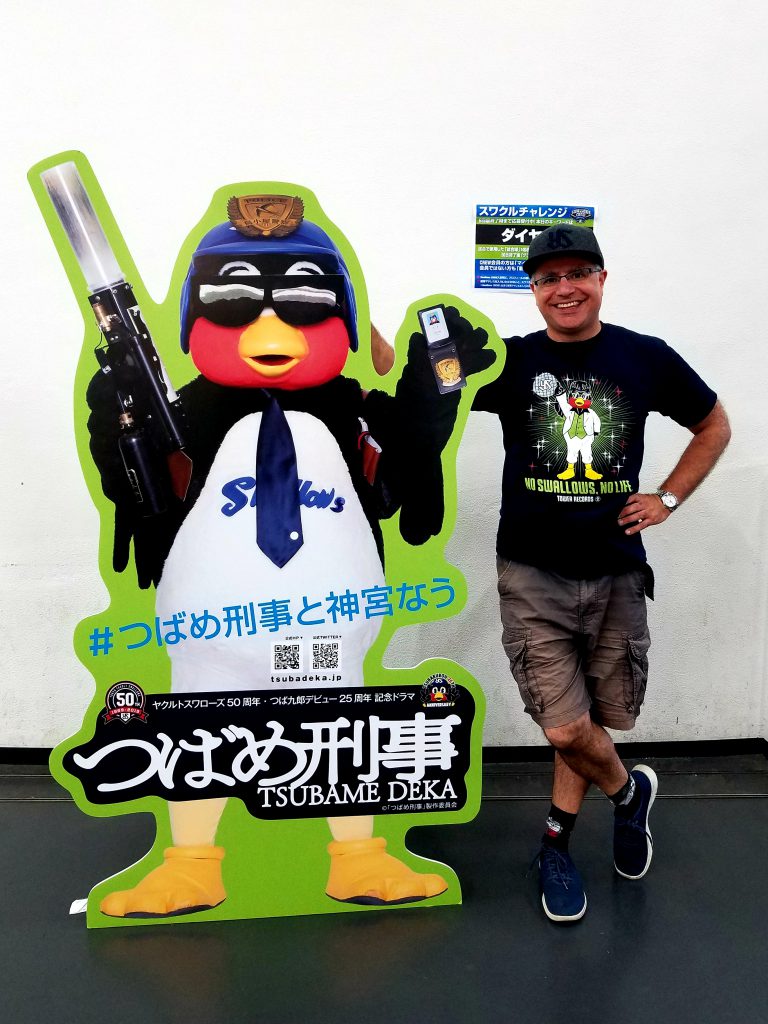 Tsubame Deka: Tsubakuro, the mascot for the Yakult Swallows baseball team, is starring in his own 12-part TV police drama called “Tsubame Deka”. What an age we live in! 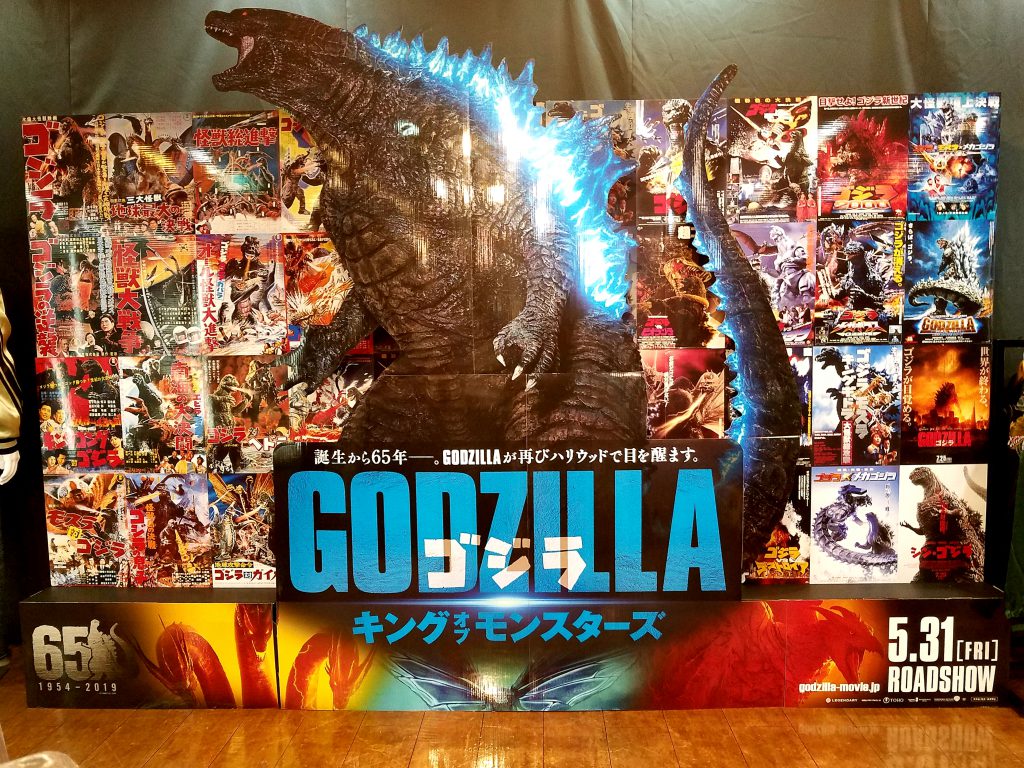 Happy Birthday Godzilla: Godzilla turns 65 this year and joining us in the celebrations were Yamashiroya, who dedicated their entire 6th floor to the party from 1 to 23 June. 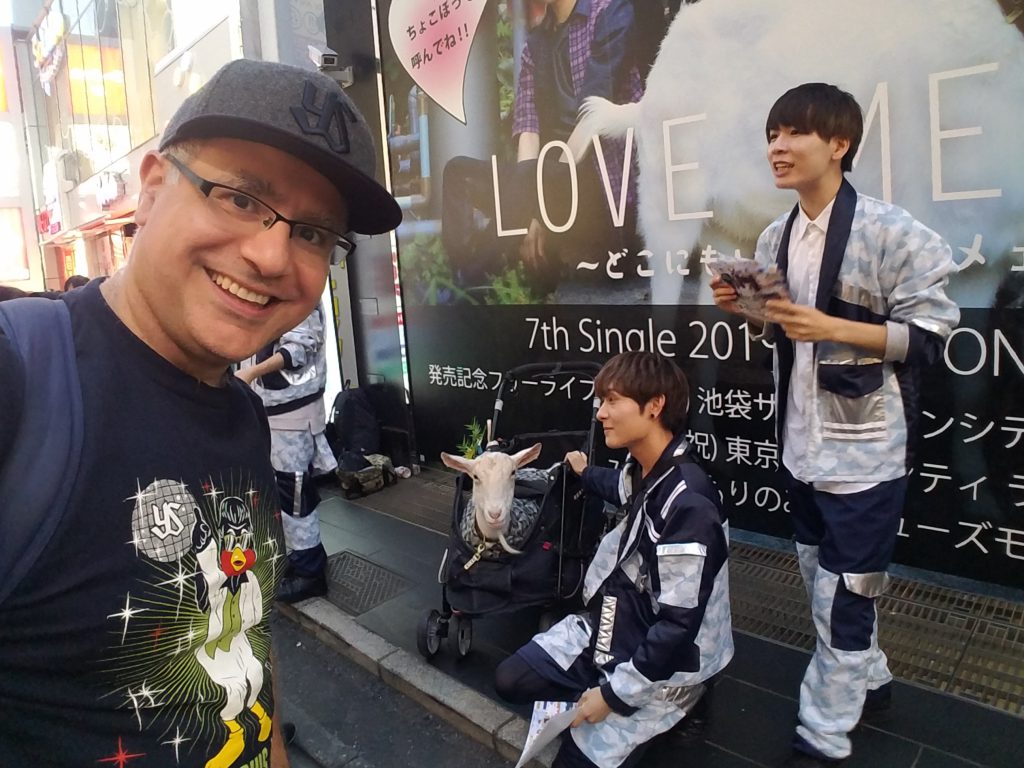 And finally… The G.O.A.T.: I cannot express how humbling it is to read the kind reviews and testimonials our former guests have left on TripAdvisor. Recently a couple of reviews have used the acronym G.O.A.T to kindly describe their time with Maction Planet (which you can read here and here). After touring with the Gordon family on Sunday I said goodbye to them and then headed back up Takeshita Dori in Harajuku. In the time that our goodbyes had taken the band ‘ChocoLate Bomb’ had appeared promoting their latest single ‘LOVE ME DO ～どこにもいっちゃだメェ～’, and with them was a goat. The only thing to do was snap a selfie!