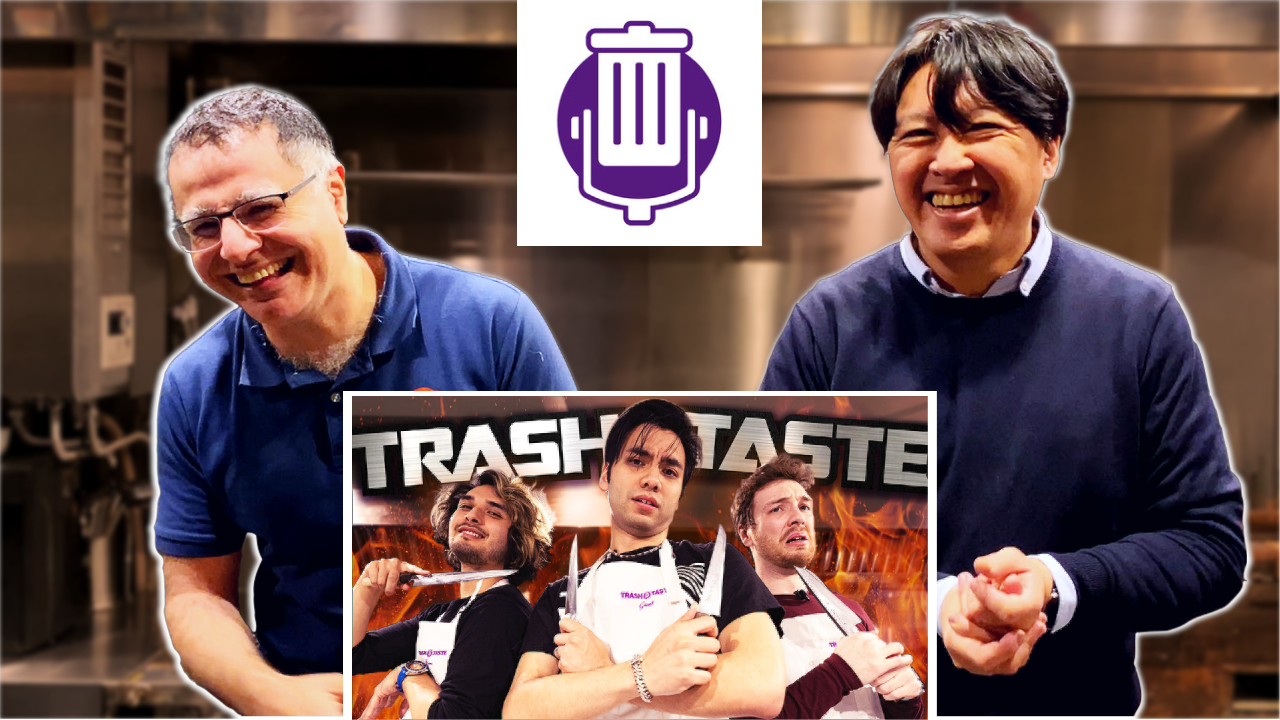 Welcome to ‘This Week in Tokyo’, a review of the Maction Planet week that was and a look ahead to what’s coming up in the city. Hosted by Mac, our Founder and Lead Guide, you can check out photos from our tours and read insights into our explorations as we get under the skin of the World’s Greatest Metropolis, and beyond! This week: Reacting to Trash Taste; Citizen; WSET Level 3 Sake Success; Motovelo Mamachari and South Park The Musashi-Kosugi.

Reacting to Trash Taste: Last summer, Chef Koji Kawaguchi and I hosted a Trash Taste Cooking Special with YouTube superstars Joey The Anime Man, Conor and Garnt! It was so much fun to be a part of this. Regular readers know this because I mentioned it in the 11 January 2022 edition of ‘This Week in Tokyo’. At the time I hinted that there was much more to reveal… and NOW IT CAN BE REVEALED!

The Cooking Special was released on Saturday 8 January at 05:00 JST. That day, Chef Koji and I filmed a reaction to the video, which we released this week! It was so much fun to film and I am glad that, after a few epic days in the editing chair, I can now share it with you.

Citizen: Another reveal, and another payoff for regular readers.

Back in October 2020, I attended the Koganecho Bazaar 2020 in Yokohama. It was there that I encountered ‘The Kogancho Gesture’ by Gan SiongKing. Rarely had a piece of video art spoken to me the way that TKG did, and I headed Gan’s call at the end of the work for submissions to potentially collaborate on a piece together.

After a couple of interviews, I found myself selected… and so began a year of working remotely with Gan to create ‘Citizen’.

Last week, ‘Citizen’ received its public premiere in Kuala Lumpur. I truly wanted to be there, but for obvious reasons, I was unable to be there in person. Technology came to the rescue and I was able to participate in a Live Dialogue. ‘Being of and from a place’, with Gan and an audience of art lovers, hosted by the multi-talented award-winning director Zan Azlee.

There is obviously much more to say about this collaboration and its end result. I will save that for another. Suffice to say I would like to thank Gan and all who have supported this project in Japan and Malaysia.

WSET Level 3 Sake Success: The WSET (Wine & Spirit Education Trust) Level 3 sake results, for those of us who sat the exam in October, finally came out! I am very proud to say I passed… with distinction. Thank you to everyone who supported me in my journey. It has given me even more motivation to bring you the world of Japan’s drinks over on Kanpai Planet.

Motovelo Mamachari: Mamachari is the name given to Japan’s ubiquitous utility bicycles. Inexpensive and dependable, these workhorses are common sights in Japan’s urban landscape. Literally meaning “mum’s bike,” the mamachari has been around for over half a century, first appearing in Japan in the 1950s.

Although it may feel like it as you wander the streets of Tokyo, they don’t just appear out of nowhere! They are born in places like Motovelo in Daikanyama, where you can try your mamachari before you buy!

South Park The Musashi-Kosugi: Musashi Kosugi has a history going back to the Edo Period. Now, it is one of Tokyo’s many suburban satellites. The Kosugi 3rd Avenue development has helped revitalise the area around the station with a great selection of bars, restaurants, retail outlets and its South Park outdoor zone and event space. It definitely needs its own manhole cover design, making sure that, even if you’re looking down, you know where you are!