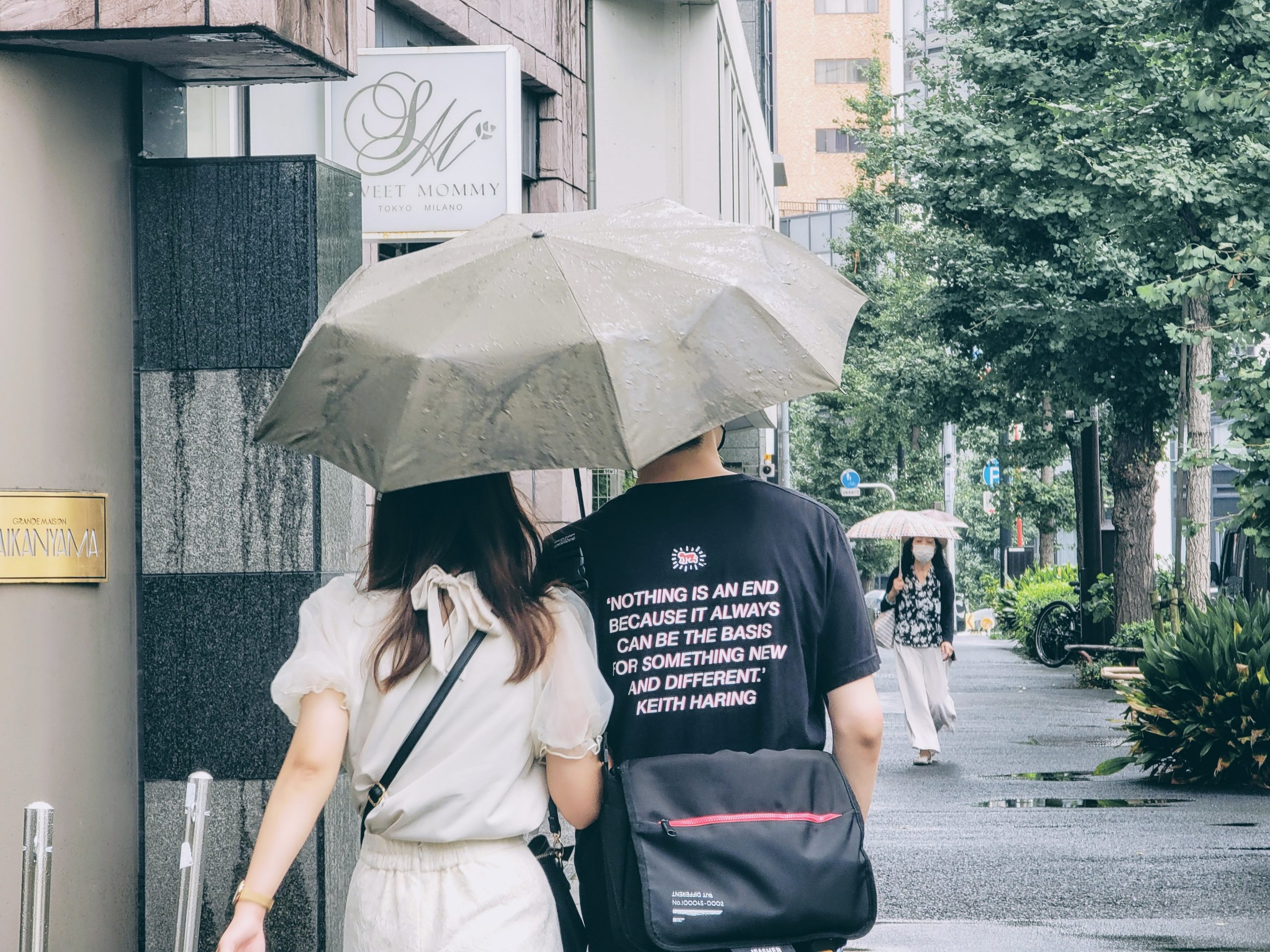 Welcome to ‘This Week in Tokyo’, a review of the Maction Planet week that was and a look ahead to what’s coming up in the city. Hosted by Mac, our Founder and Lead Guide, you can check out photos from our tours and read insights into our explorations as we get under the skin of the World’s Greatest Metropolis, and beyond! This week: Nothing is an end; Les Couleurs en Jeu; Charlie BIKE DJ BOOTH; Japanese Rum and The First Hibiki.

Featured image – Nothing is an end: Wise words from Keith Haring spotted on a socially-distanced stroll through Tokyo’s stylish Daikanyama district.

Les Couleurs en Jeu: Julio Le Parc is an artist influenced by Piet Mondrian (1872-1944) and Russian Constructivism which led to his creation of geometric abstractions. Le Parc has also thrown himself into political activism, questioning the idea that art could only be enjoyed by a limited number of people. Le Parc’s first solo show in Japan ‘Les Couleurs en Jeu’ runs from 13 August to 30 November at Maison Hermès. In this exhibition he focuses on the subject of ‘colour’, presenting Le Parc’s early black-and-white paintings and drawings exploring colour, as well as representative works and new mobiles that have been developed since his ‘GRAV’ era. The exhibition will also cover the facade, window displays and elevators of the Renzo Piano-designed building which is celebrating its 20th anniversary. and will challenge Le Parc’s goal of an open encounter with the viewer. It’s a monumental feat for the still-active 92-year-old artist. The facade in the photo is on display from 29 July until mid-October.

Charlie BIKE DJ BOOTH: This ‘Charlie BIKE DJ BOOTH’ will set you back ¥880,000, about $8000. Its creators, creative until MOC Ollie, hail from Hamamatsu City in Shizuoka Prefecture. They describe it (sic): “Artificial life born in the COVID-19 pandemic, “Charlie”, delivering the best time to people who want to avoid the crowded place but enjoy music.” I might have just found Maction Planet Resident DJ Royce Leong‘s next birthday present! If you want to get there before me, it’s on display at Tsutaya in Daikanyama from 7 August until 5 September.

Japanese Rum: Japan is home to some of the most unique indigenous spirits in the world such as shochu and awamori. The distilling culture of Japan has been enriched with award-winning whisky and ever more popular gin. The question now is, will Japanese rum be next to burst onto the international stage? That’s the question my latest piece for Tokyo Weekender tackles, along with some suggestions for what to drink. Kanpai!

The First Hibiki: You read that right! I am proud to present a review of the first-ever Hibiki Whisky from back in 1989, and the fascinating origins of this legendary brand, in a special Kanpai Planet Japanese Whisky event.