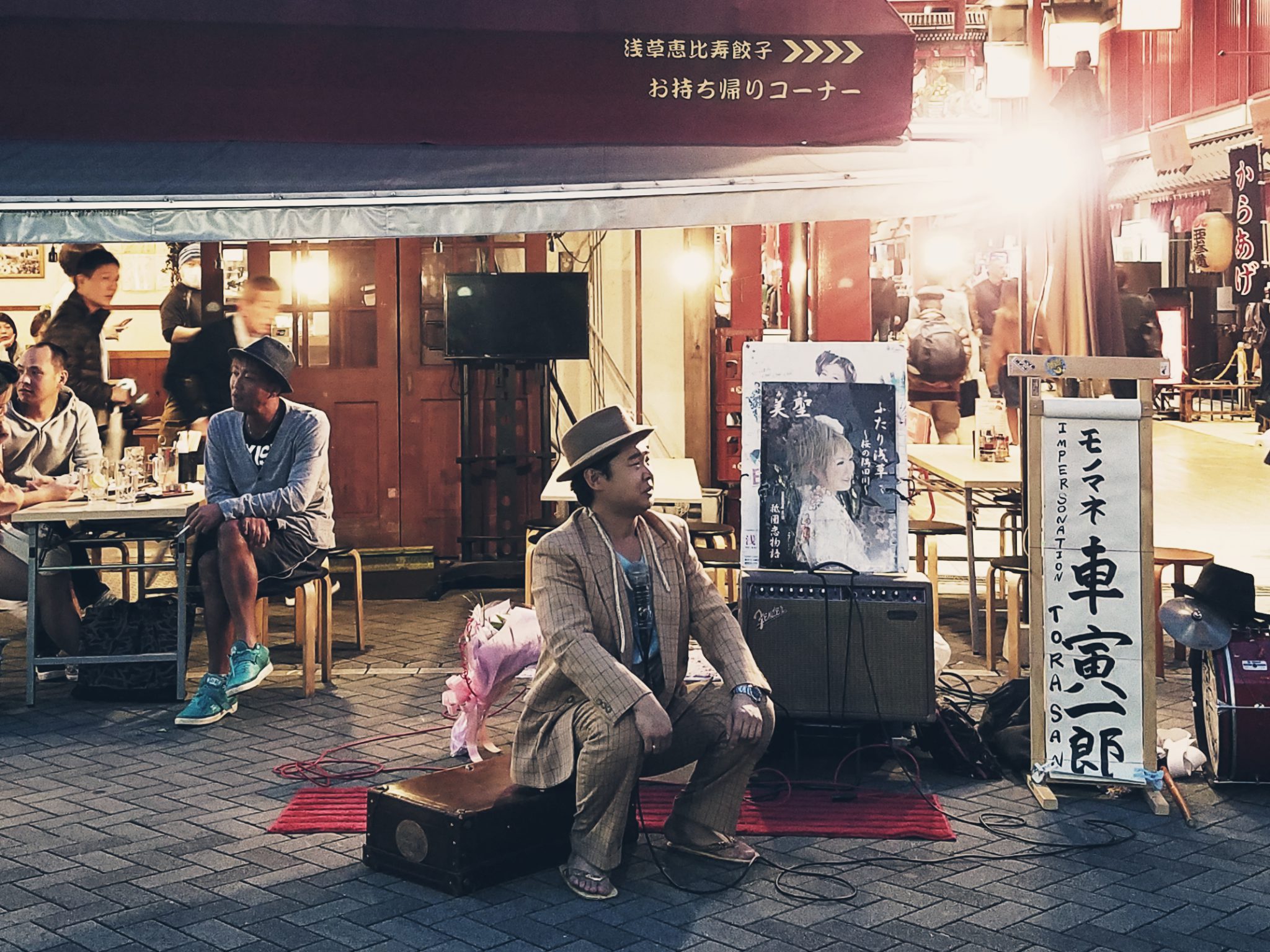 The latest edition of This Week in Tokyo – a review of the Maction Planet week that was and a look ahead to what’s coming up in and beyond the city. Check out photos from our tours and read insights into our explorations as we get under the skin of the World’s Greatest Metropolis. This week’s edition is hosted by Mac, Founder and Lead Guide of Maction Planet. This week: Otoko wa Tsurai yo, Shodo x Shochu Night, The Light of Other Days, Kawakita Godzilla and Halloween Hounds.

Featured photo – Otoko wa Tsurai yo: Burned deep into the Japanese cultural psyche, the 48 ‘Otoko wa tsurai yo’ movies hold the record for the longest-running film series starring a single actor. Kiyoshi Atsumi played the role of Torajiro Kuruma, more commonly called ‘Tora-san’ from 1969 until 1995. He died aged 68 in 1996, bringing the series to an end. However, the story doesn’t end there, with amazing news breaking last month that a new film is in the works for release during 2019, the 50th anniversary year, which will feature new footage of Tora-san’s family around scenes from previous films. In the meantime, my guests and I enjoyed watching this Tora-san impersonator, a member of entertainment group ‘Tokyo ChaChaCha’, performing in the backstreets of Asakusa. He inspired them to go and seek out the films which are all on Netflix! 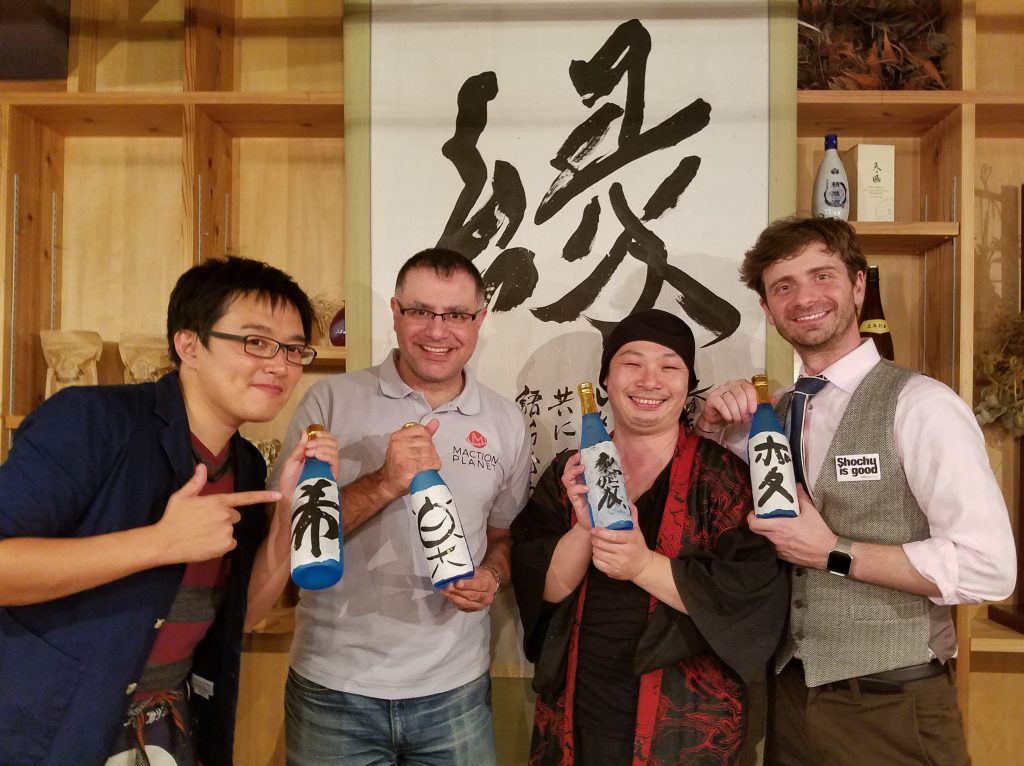 Shodo x Shochu Night: The triple threat of Sekido Sakaguchi (calligraphy sensei), Christopher Pellegrini (shochu sommelier) and Soichiro Takaya (Tensei Distillery) returned to OnJapan Cafe for another incredible night of Japan’s indigenous arts and spirits. This year’s event was even bigger and better than last year’s, which we wrote about here. We grabbed a group shot showcasing the fruits for the evening – our shochu bottles with our personally designed labels on! Christopher needs no introduction to guests of Maction Planet – he is the mastermind behind our highly-popular Tokyo Shochu Tours.  Another amazing event – thanks to the aforementioned triumvirate and Yukiko Harada, manager of OnJapan Cafe, and her team for a great night. 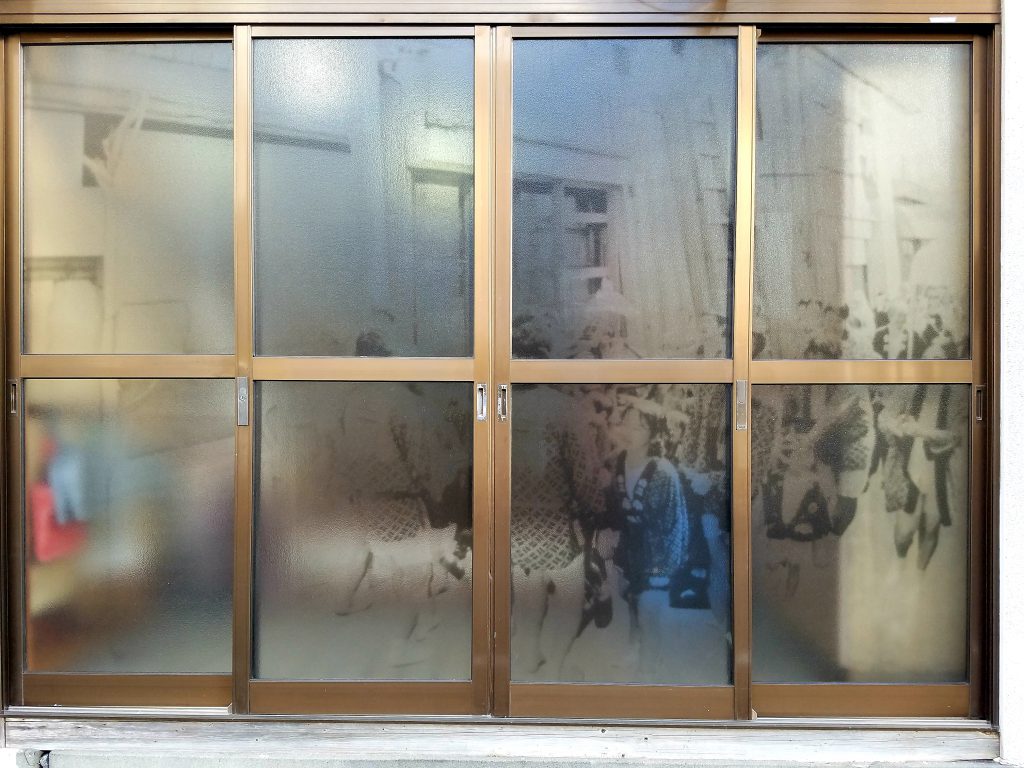 The Light of Other Days: As well as her work with pinhole cameras, Nozomi Suzuki imprints scenery viewed through windows onto the glass itself, creating a lasting impress of the memories latent in places and things. In this piece, she has printed a scene from a local matsuri (festival) onto the Shirawa 2-chome Town Council Hall. The memories of the community become etched into the building itself, transforming it into a work of it. This can be seen as part of this autumn’s MOT Satellite, the third running of the program. This project takes art into the community in the Kiyosumi-shirakawa area while the Museum of Contemporary Art Tokyo (MOT) is closed for renovation. The project aims to help people to rediscover the appeal of their communityand to build excitement ahead of the imminent reopening of the refurbished museum. 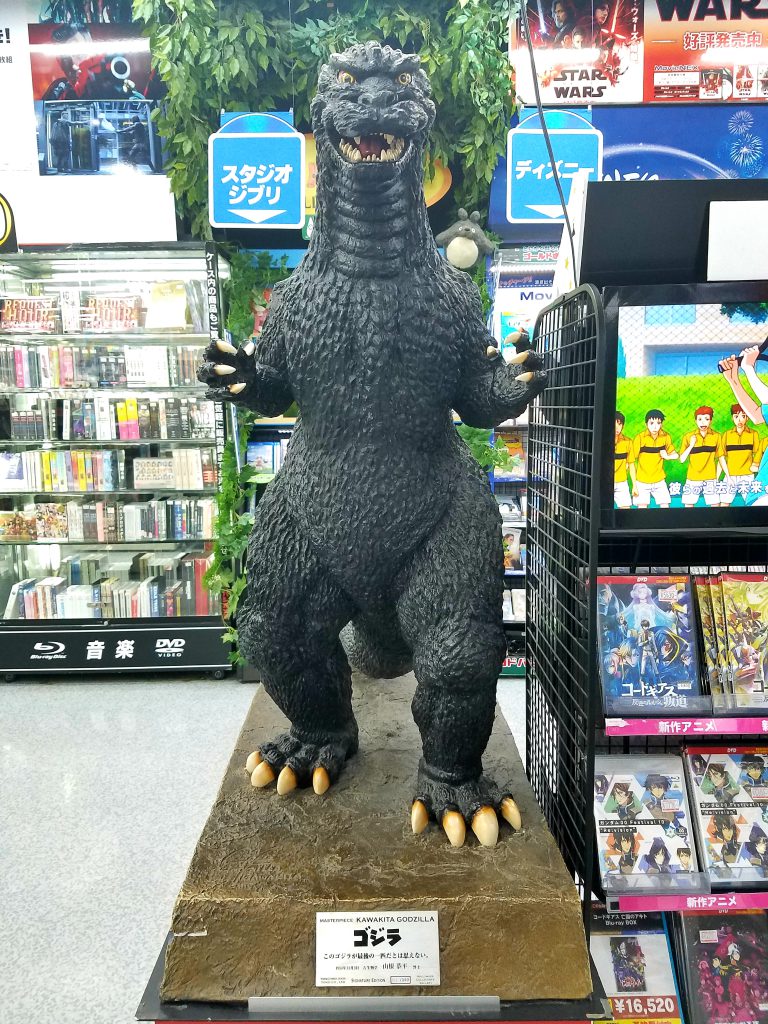 Kawakita Godzilla: This Signature Edition Masterpiece Kawakita Godzilla was released in 2014 to celebrate the 60th anniversary of the first Godzilla film! Inspired by the bronze statue now on display in Tokyo Midtown Hibiya. It was developed in conjunction with the legendary Koichi Kawakita – Special Effects Supervisor of all Heisei Series Godzilla movies. The face has been resculpted to resemble the big man as he appeared in 1989’s ‘Godzilla versus Biollante’. Only 100 pieces were made and my guests and I spotted this one in Yodabashi Akiba. A little tough for them to put it in their hand luggage, but they were sorely tempted! 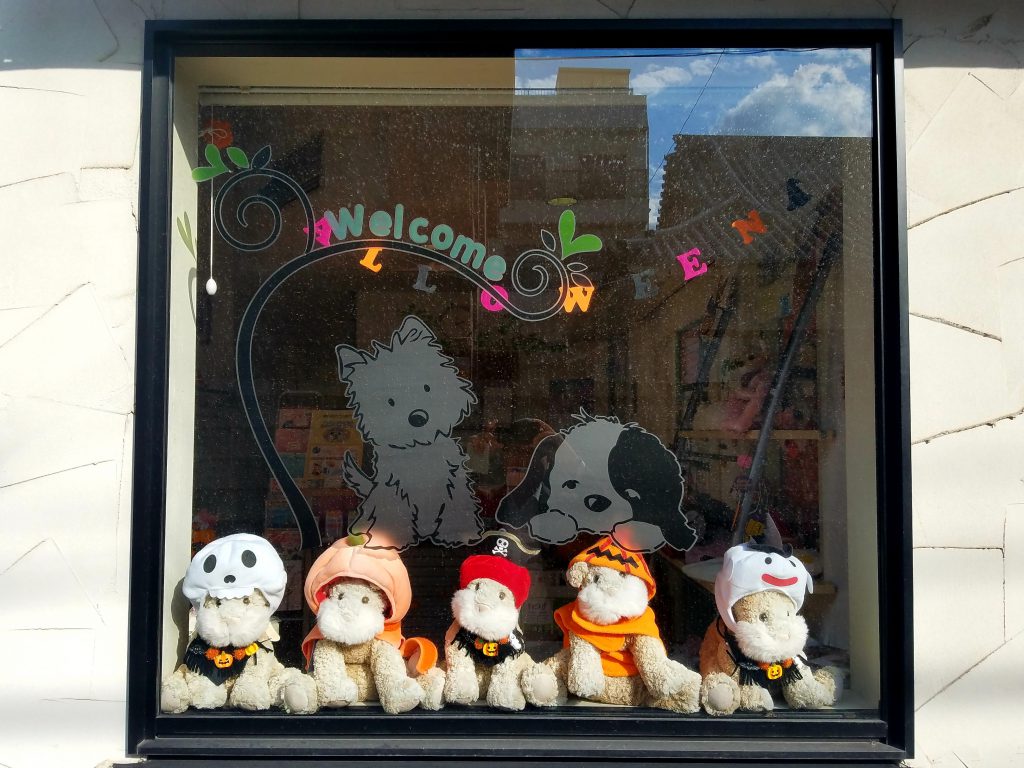 And finally – Halloween Hounds: Clearly inspired by Halloween Hachiko we featured last week, this lovely cuties are also ready for one of the world’s biggest street parties. Check out our photos from last year’s craziness in Shibuya here and here!