Mac, Founder and Lead Guide of Maction Planet, shares his adventures on his Maction-sanctioned socially-distanced walk around Suitengu on Saturday 20 June 2020 in this week’s ‘This Week in Tokyo’!

Suitengu (水天宮) is located in the heart of Tokyo’s Shitamachi old town right next to Suitengumae station, the Tokyo Metro station name after it. The shrine in Tokyo was established in 1818 by the ninth daimyo of the Kurume domain and was moved the shrine to its current location in 1872. It’s most commonly visited by those praying for conception and safe childbirth.

Read Tokyo Authority’s Ultimate Guide to Suitengu (written by me) for more on the history and traditions of this historic shrine.

Featured image: The most popular day to visit the shrine is on the Inu-no-hi (戌の日), the day of the dog in the Chinese Zodiac. The belief that dogs bear young easily has connected dogs with childbirth since the Edo era. This statue, the kodakarainu, represents safe childbirth. Zodiac signs circle the statue. Find yours and rub it to bring you the blessings of conception and safe childbirth. Given the current climate, both dog and puppy are wearing masks to protect themselves and others from COVID-19!

Header image: Detail from one of the ornate lanterns at Suitengu. 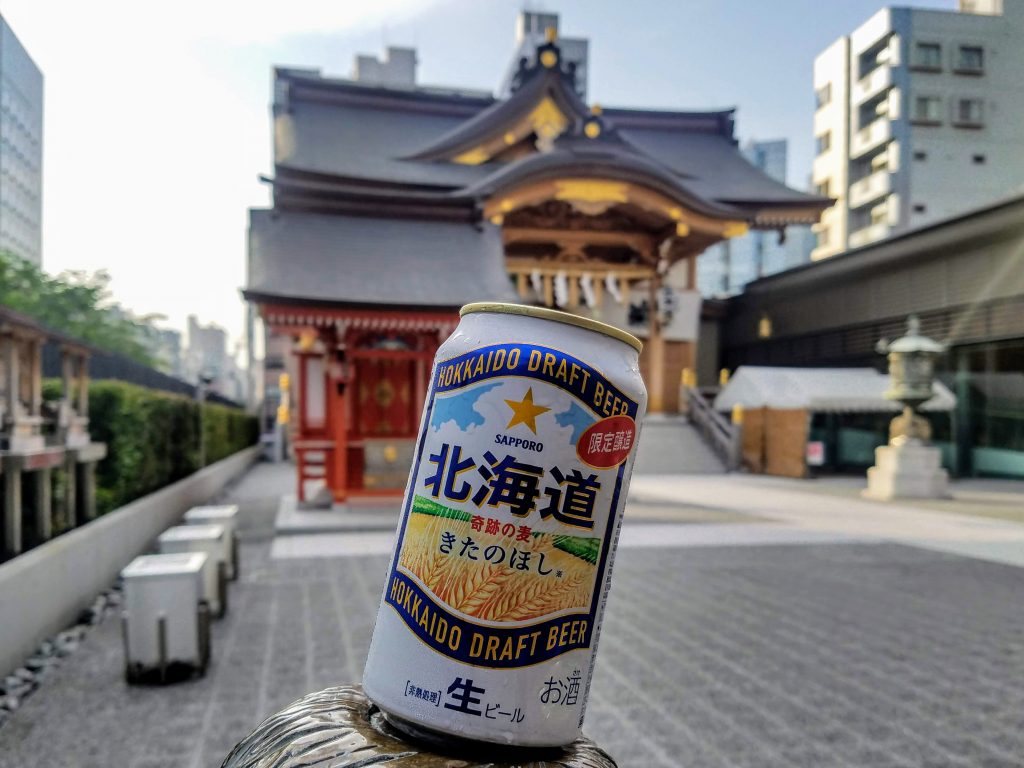 The shrine was reopened in 2016 after being rebuilt by the Takenaka Corporation, part of a project to celebrate the 200th anniversary of the founding of the shrine. A new shrine pavilion was built, retaining the ‘Gogen-zukuri’ architectural style of the former building. Benzaiten, one of the seven gods of fortune, is worshipped at Suitengu in the small red shrine on the left. You can see both these building in the background of this photo, the focus of which is one of Sapporo’s new limited-edition offerings, the Hokkaido Draft Beer! 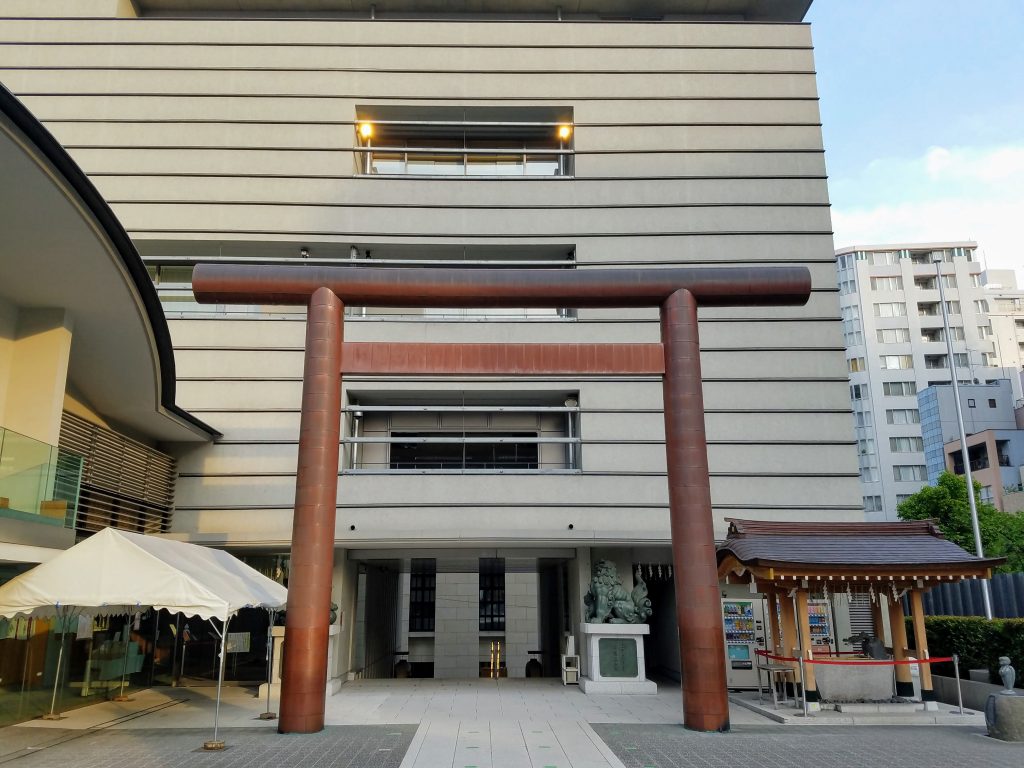 The large torii you enter through is simple, but I like the contrast of this minimalist structure verses the ornate decoration of the main shrine pavilion.

I am a big fan of komainu, the guardian lion-dogs which protect Shinto shrines, and I absolutely the statues at Suitengu. The female is often, but not always, portrayed with a child. For a shrine dedicated to childbirth, it would be remiss if Suitengu didn’t have one with a kid!

Long-time Maction Planet Blog readers will recall that I visited Suitengu in February 2019 to take part in the Setsubun bean throwing ceremony. Watch the action here!